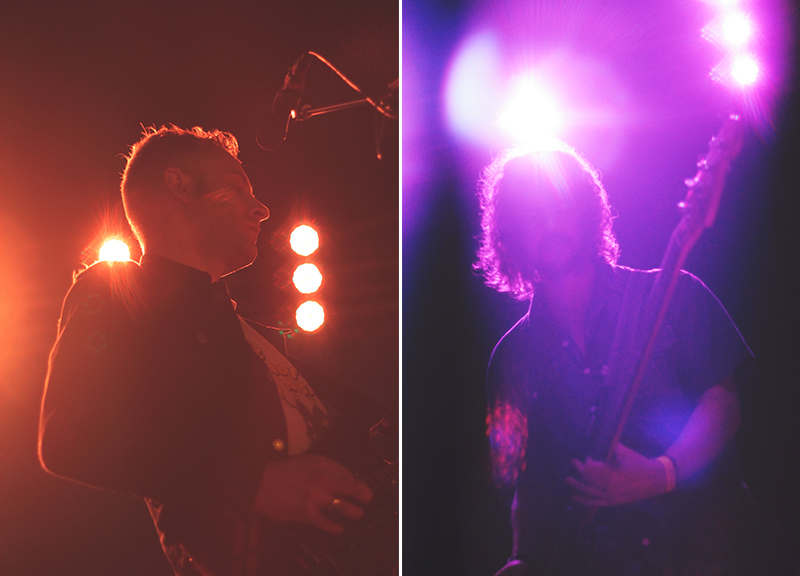 Before Diamond Rugs' Cinco de Mayo gig last night at Gas Monkey Bar N' Grill, Hardy Morris, one of the hard-partying supergroup's three frontmen, talked up the importance of pre-gaming before attending one of the band's shows.

Not everyone, it seems, got the message.

As such, Morris found himself a few songs into his band's set tossing unopened Coors Light tallboys to members of the maybe 50, mostly tranquil fans in attendance. From there, things picked up, sure. But, for whatever reason, this show seemed a bit doomed from the jump.

There's maybe a few good explanations for the lackluster attendance — first and foremost, the fact that it was a rainy Tuesday and the band was playing outdoors. Even still, judging from the smaller venues the band's played thus far in support of February's Cosmetics LP, it's safe to say the name Diamond Rugs doesn't yet carry quite the cachet that its members' other projects do. For the record, those would be Deer Tick, The Black Lips and Dead Confederate, among others.

Such is a pitfall of forming a supergroup, we suppose.

Another such downfall? The scheduling conflicts that make touring so difficult and recordings so infrequent. The band was hit with this setback last night, too, as multi-instrumentalist Steve Berlin was 1,400 miles away, performing a Cinco de Mayo gig with his other group, Los Lobos.

But even down the integral horn lines and organ textures that set Diamond Rugs apart from most other bar bands, the boys seemed game to make the most of the night just the same, pulling off a rather enjoyable set of jangly tuneage that rides a merry middle ground in that it's drunk and sloppy rock played by a surprisingly tight unit. Empty as Gas Monkey's patio was, it didn't stop the boys from turning in an inspired set consisting of every song from its sophomore LP except for “Ain't Religion,” and the majority of 2012's self-titled debut as well.

Beforehand, Morris played up the stress-free aspects of being in this band, telling us the project was mostly just a way for everybody to blow off some steam, a safe place where they could each play music without having to deal with any of the pressures or extraneous bullshit that comes along with being in a successful mid-level band. On this night, that was clear: No matter how many folks showed up, it wasn't going to impede these guys from having a good time. It certainly didn't stop Morris from playing nearly an entire song perched on the shoulders of Deer Tick frontman John McCauley at one point, that's for sure.

And yet, weird as the set was, it didn't stop the guys from coming back out for a two-song encore, either. Ian Saint Pé (The Black Lips) addressed the awkward tension, admitting that he and his bandmates simply weren't ready to go back to the hotel room yet. It was just before 11:30 p.m. on Cinco de Mayo, after all — and D.Rugs' hard-partying reputation does precede it.

Like he does on the band's record, opening act and producer Justin Collins (Deer Tick, Middle Brother, Diamond Rugs) lent his distorted Julian Casablancas-like baritone vocals to “Totally Lonely.” Then everybody on stage contributed gang vocals to “Killin' Time” to close out a night that never seemed to get as wild as it easily could have.

But, hey, at least we weren't hungover this morning. 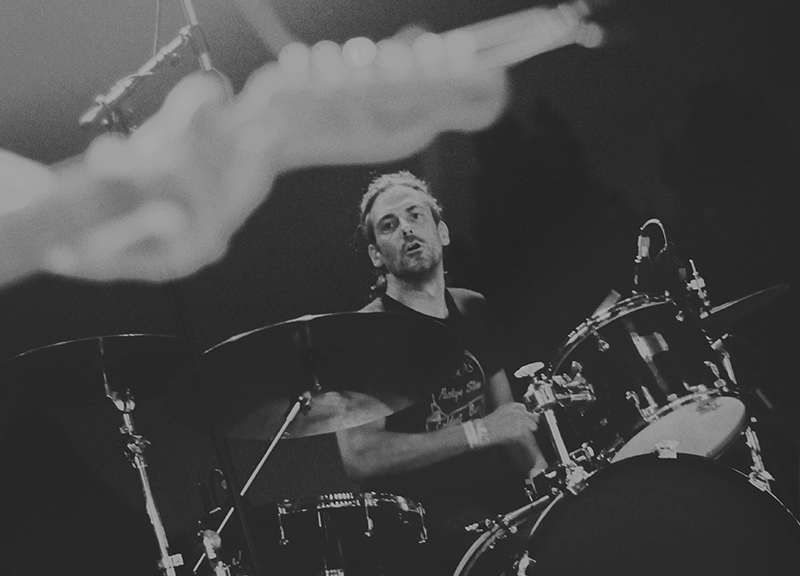 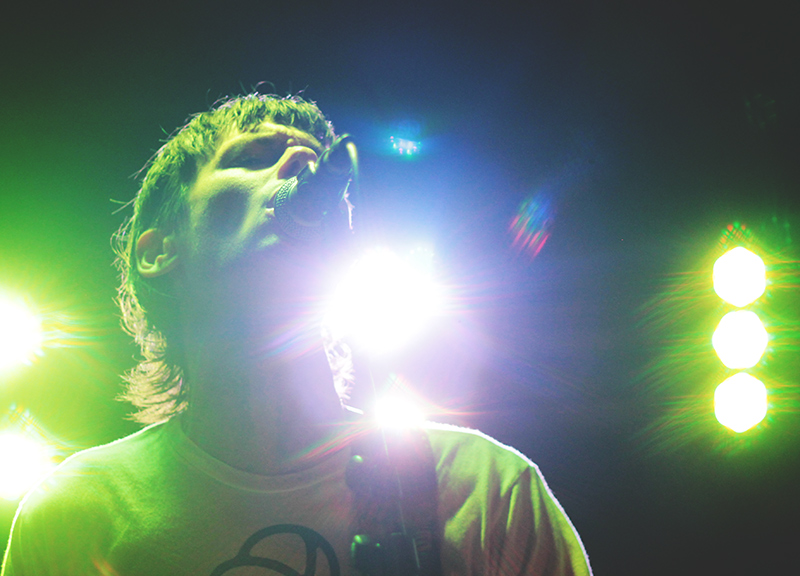 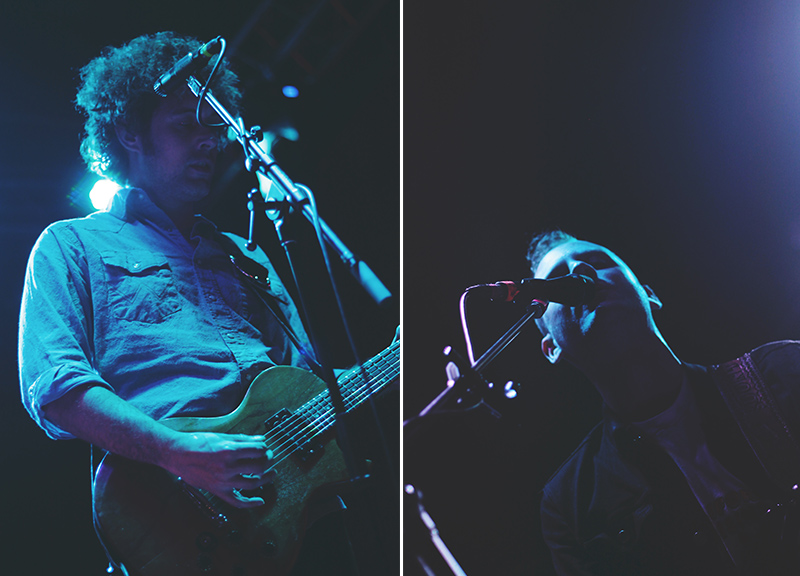 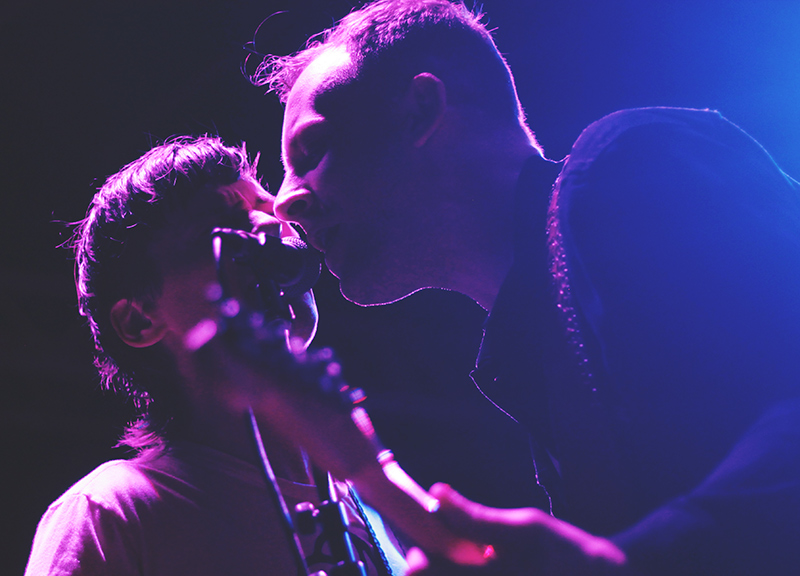 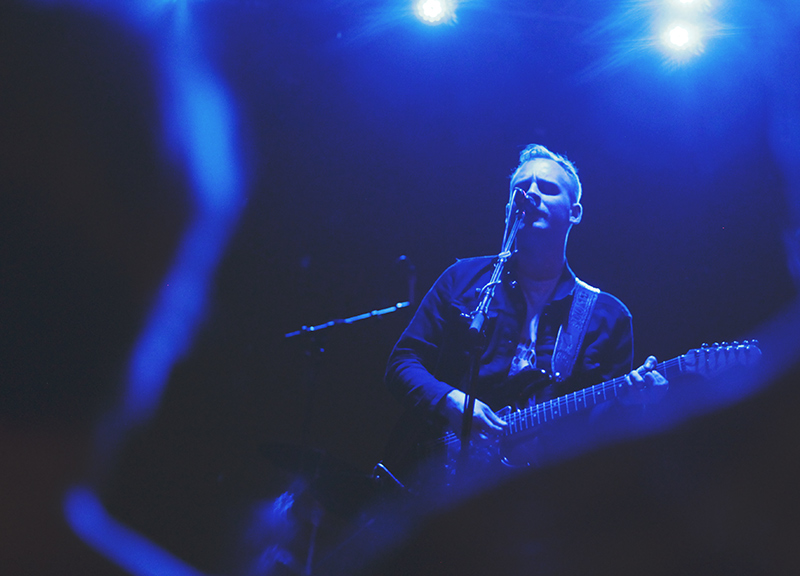 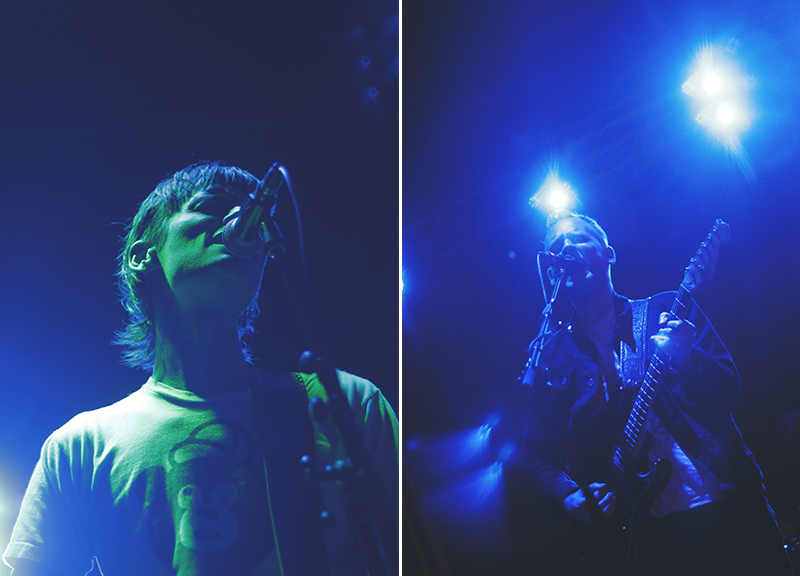 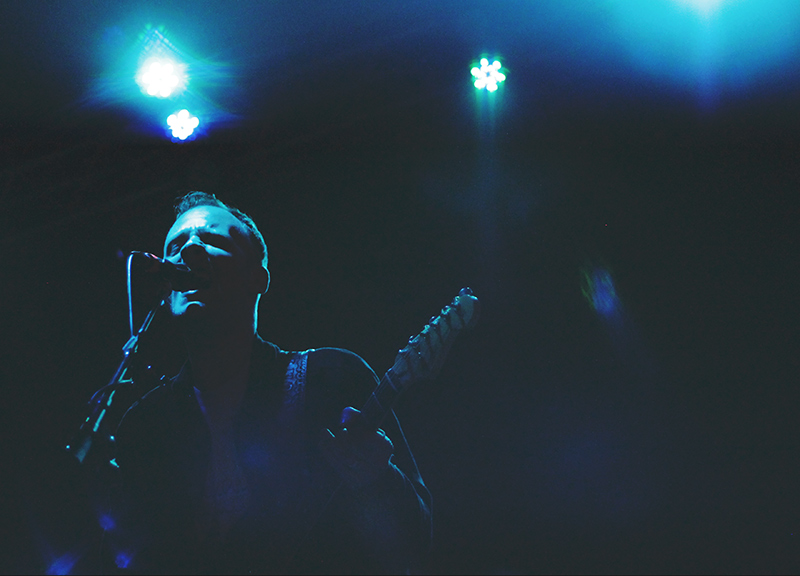 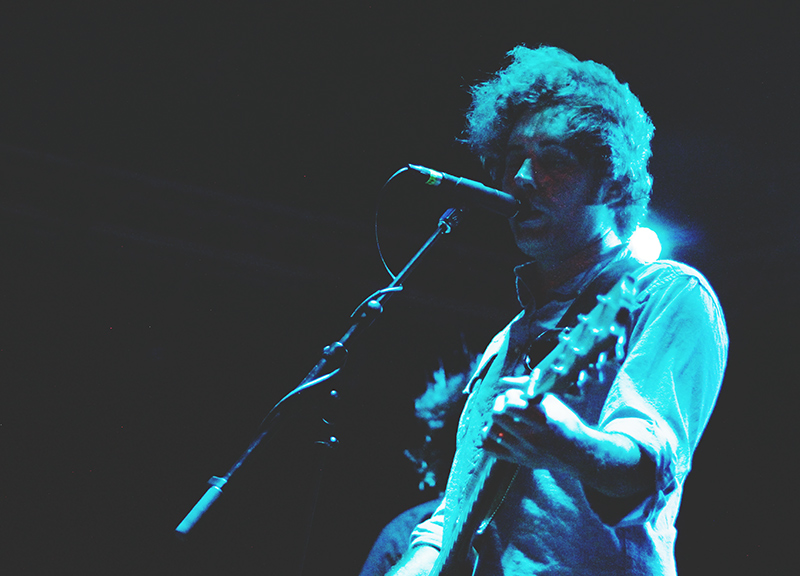 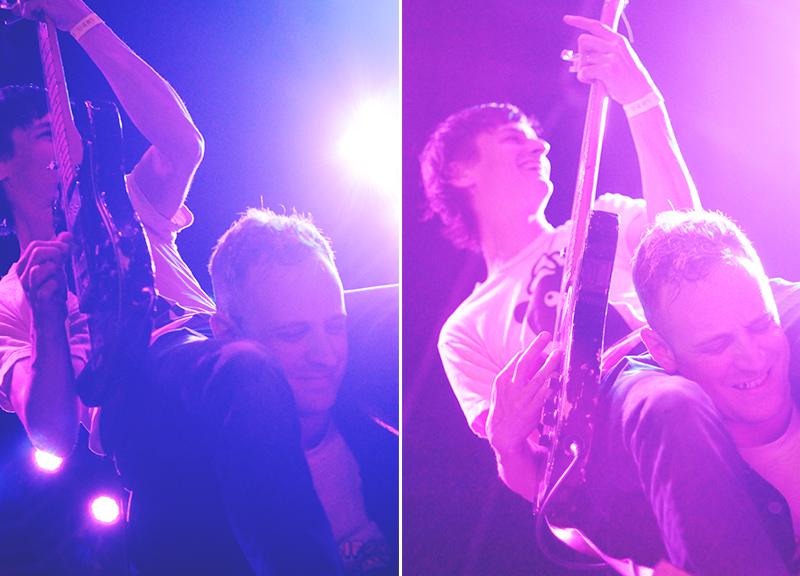 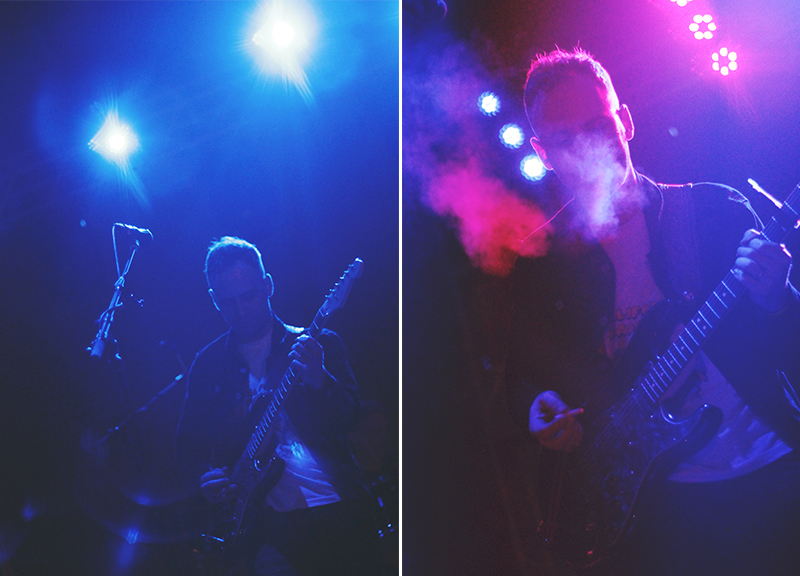 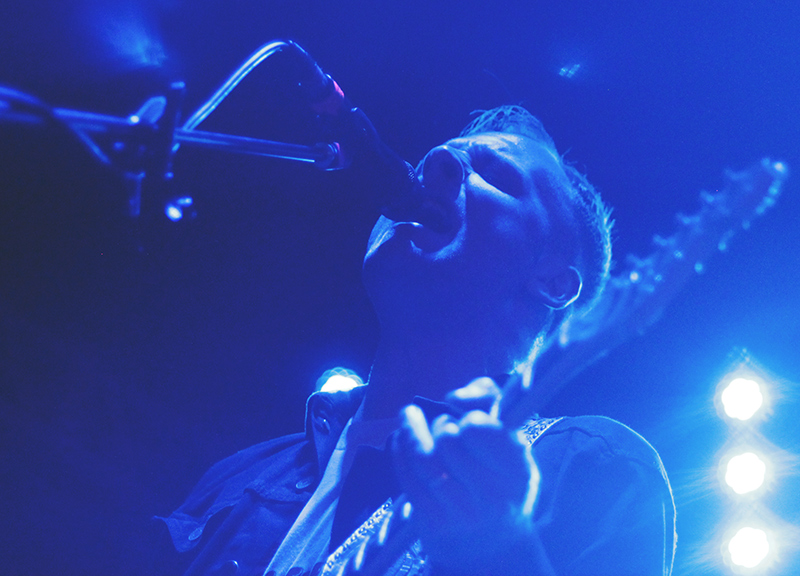 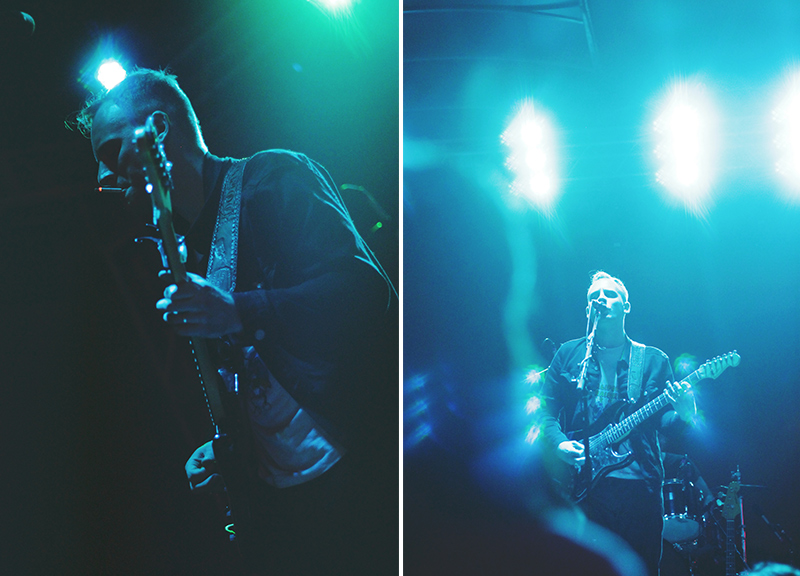