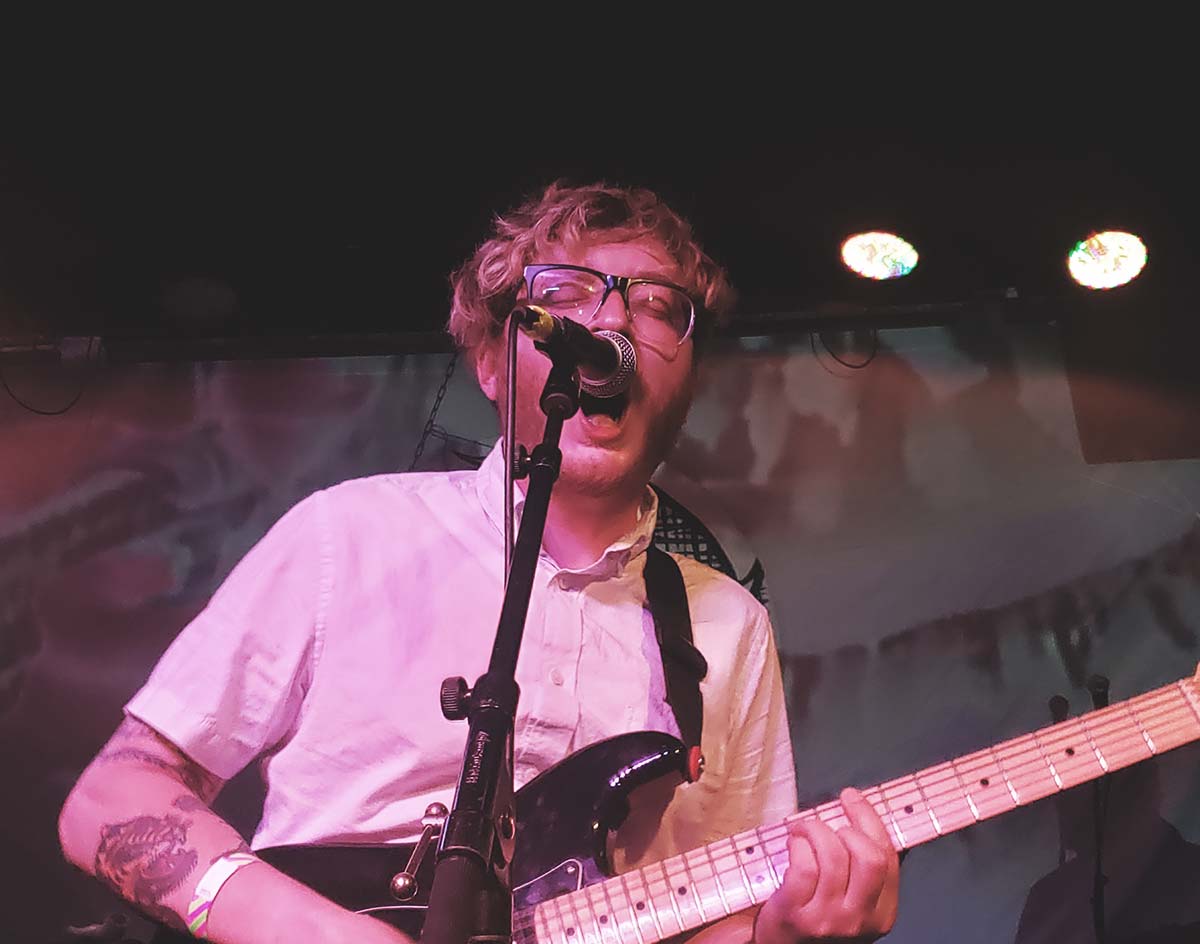 Talking To The Sealion Frontman About How His New, Post-Punk Project Came To Be — And Why He’s Being Drawn To A Darker Sound These Days.

For more than a decade now, area music fans have known Hunter Moehring as the frontman of the great Dallas surf-punk band Sealion.

These days, though, audiences are getting to know a much different side of Moehring’s songwriting and performing chops. Last month, we premiered the debut single of his new band FIT, describing the effort as akin to “Frank Black making an Echo & The Bunnymen-styled record after breaking up the Pixies.”

Given the new sonic direction for the familiar performer, we figured it was high time we caught up with the compelling frontman to get the lowdown on his plans with the new band.

For one thing, we learned that, with Sealion is on hiatus for the time being, FIT is Moehring’s main focus for the moment. And, as we spoke just before a midweek FIT rehearsal, we also got the scoop on how guitarist Hunter Cannon (Coywolfe, Birds of Night), bassist Joel Miller (Drug Animal) and original Sealion drummer Alex Poulos came to be part of this new project.

If you haven’t heard it yet, hit play on the band’s lone released single to date below, then keep scrolling to read our conversation.

Since this is a new band and there’s not a lot of information out there, I apologize in advance if I’m asking some very basic questions here.
You’re good, dude!

Let’s zoom out some first of all. What have the last 12 to 14 months looked like for you?
Honestly, kind of a whirlwind. With everything going on, and being locked at home, we really dove into this new project. Right before we were supposed to do our first show — the week before — everything shut down. So it became our quarantine group — it was just the band. We spent the past year in our rehearsal space, working on songs. Writing a bunch and throwing a bunch away. Other than that, [I’ve been] missing a lot of friends. I didn’t realize how much self-worth was wrapped up into performing live and making music in front of people. Dealing with my own depression, two months in, I was really feeling it. Being alone with your own thoughts and without any creative outlet to share with anyone else, it gets dark real quick.

What’s it like when you decide to play something different from what you’ve known for so long? Furthermore, what’s it like when you ask a music critic what he thinks of “Modern Lovers” and he says it reminds him of Interpol? Have there been any intentional influences to FIT’s sound so far?
Hunter Cannon and I were talking about doing a project for a while. We wanted to do something a little slower and a little darker. In Sealion, I yell a lot. That’s my go-to in that. But, more naturally, I sing in a lower register. So I wanted to do something a little more in my wheelhouse.

We wanted some pop structures. We like the way that first Clap Your Hands Say Yeah record sounds — how they would vamp on one riff and let it go for a long time. Queens of the Stone Age does that a lot, too.

On top of that, we were also listening to a bunch of pop music. We were really into that Charli XCX record that came out last year.

How long into the songwriting did “Modern Lovers” come to life?
I think it was either the third or fourth song we wrote. But it definitely took a while to come together. I had the one verse and melody on a voice recording from doing an acoustic demo on my couch — but it was a completely different melody and everything.

We wanted it to be pretty minimalistic, and then we would be able to add to it, really compose everything around it. I think Arcade Fire is really good at that. They have three notes and just build around it.

When you go in the studio, you have a world of other opportunities with other instruments. Then you’re trying to figure out where this fits.

Did you know Hunter and Joel well before the band?
I had known them for a couple of years — just as friends through music. I knew Joel when he was doing Drug Animal. He and Alex had played together. Hunter I knew through the Denton scene. When he moved to Dallas, he moved in with Cole [Denton] from Sealion and Brett [Strawn] from Party Static. Then we hung out all the time. That’s when we became close friends.

How good is it to play with Alex again, even though it’s a different band?
Dude, it’s the best! We’ve been friends since we were 14. He’s one of my all-time favorite people to play with, too. Over the years, you get this symbiotic relationship where it’s telepathically speaking on what’s coming next. He’s really intuitive to write with, and super easy to hang out with. It’s the best hanging out with him.

Do you guys want to keep releasing singles or try to record an EP or album? What’s next for FIT?
Right now, we just want to do more singles and more music videos as well. Eventually down the line, maybe later on this year, we’ll do an EP. Then, eventually, we’ll do a full-length record. [We’re going to] just try to get [as] many singles out [as we can] before doing a full-length record. We want it to be really thought out.