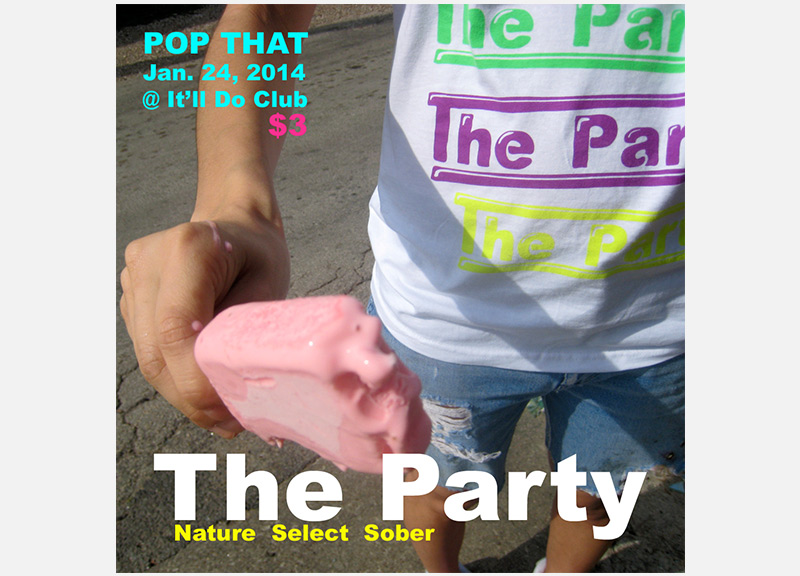 Pop That Returns On January 24. And We're Doing It With a Reunion of The Party.

In the late aughts, a single collective of Dallas DJs reigned supreme in this town. And, hell, thanks to regular gigs from this trio in Austin and Houston, too, the same could even be argued about the State of Texas as a whole.

I'm talking here, of course, about The Party.

Consisting of DJs Nature, Select and Sober, the 2006-formed trio was a legitimate force at the time. Renowned for the genre-spanning, inhibition-free affairs it regularly hosted — most notably during its monthly, self-named Friday night bashes at former Lower Greenville mainstay Zubar and at its all-ages Hands Up! bashes out at The Loft — The Party was, truly, an institution of the era.

In 2009, though, it all went to dust. Nature moved to Puerto Rico. Select moved to New York. Sober, meanwhile, stayed here in town, his own star continuing to glow bright.

The Party, more or less, had come to an end.

Or did it? Back in May, with Sober and Nature serendipitously being in New York on the same date as one of Select's Radio Lily web broadcasts, the trio reunited briefly and rekindled some of the collaborative fires that once burned so brightly between them.

Which brings us to this: On Friday, January 24, after a one-month hiatus, our own no-holds-barred parties thrown in tandem with Sober, Pop That, will return with a few changes. For one thing, we're no longer throwing these parties on the first Friday of the month, as has been the case to date. But we'll still be hosting these bashes at the It'll Do Club. And we're dropping the cover charge from $10 down to $3.

Oh, and one more thing: At our first bash back, we're hosting a reunion of The Party. It will be the first time that Sober, Select and Nature have shared decks in a live setting in almost five years.

Let us know you're coming by RSPVing here. Guarantee your entry by purchasing your ticket in advance right here. Then plan on rocking with us — and The Party, of course — on January 24. We'll see you there.