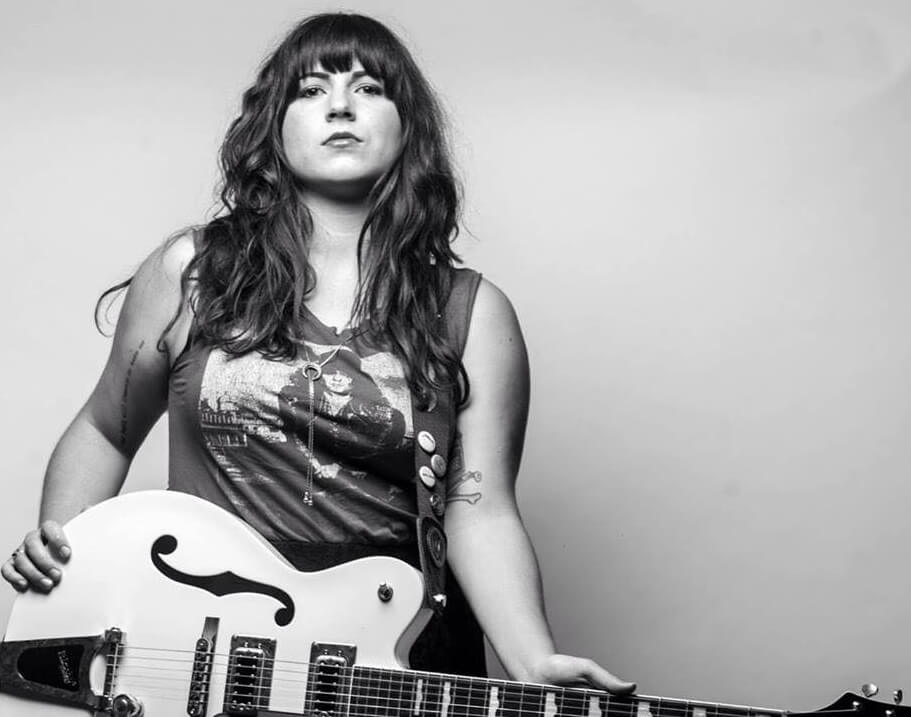 There often come times when we must decide whether to stand up and fight battles — both small and large — or to run.

But if there’s something Denton balladeer Kim Nall has learned since moving to the city in 2008, it’s to William Wallace that shit and resolve to face the hard battles head on. Rather than assembling an army of Scottish freedom fighters, however, Nall recruited some well-known Dentonites – Spooky Folk violinist Petra Kelly, The Blurries guitarist Matt Shasteen, Danny Diamonds keyboard player Taylor Sims, Ella Minnow bassist Josh Kitchens and her old Levi Cobb & the Big Smoke bandmate Charlie Moore to hold down drum duties – to bring a bit of a harder, twangier edge to her otherwise dark and folky brand of “country noir.”

This is also the basis for her debut single “White Lines,” from her debut record Lay Your Vision Down, which just so happens to be the song we’re premiering below.

Says the high school English teacher about the track: “I am wary of the tyranny of artist intent, because I believe in the power of shared meaning between the audience and the artist. But I will say this: Most of the songs on this record are either directly or indirectly about lessons I’ve learned so far, and the one behind ‘White Lines’ is that no matter how far you try to run from something that’s got a hold on you, unless you deal with it head-on, it will keep holding you back.”

As for the rest of the strong debut LP, it earns its release on January 20, though it’ll be celebrated a bit early at Dan’s Silverleaf this weekend.