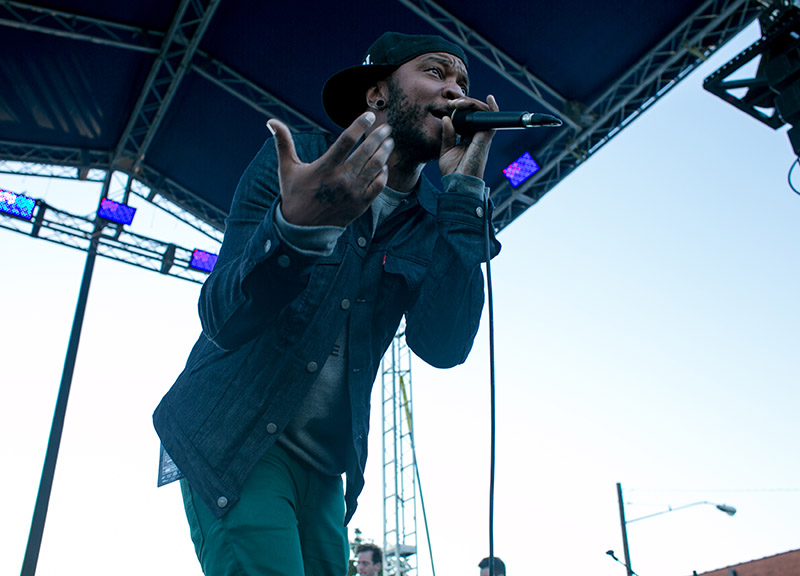 There were so many acts you felt like you might regret missing seeing that you just had to kind of scurry around and do the best you could to catch them all.

Luckily, after enough venue-hopping, the stress melts away, you develop a rhythm and you begin to take the whole thing in as a series of moments. Some of those moments were good, some were not so good, and some were just plain weird.

The Good.
Chambers. Chambers wasn't put in the easiest position. The Denton mood-rockers, who had been tapped to open the day's festivities on the Red Hook stage, ended up going on a hour late in front of what could generously be described as a sparse crowd. The band handled its role with grace though, turning in a laid-back performance that set just the right tone for early arrivers trying to ease their way into day two. The band deserves bonus points for coming down and hanging out in the crowd for Zhora and Sarah Jaffe's following sets, too.

Baptist Generals. Chris Flemmons and the rest of the players in his venerable Denton indie act played a typically robust show despite Flemmons complaining about the effects of the afternoon sun on his plastic guitar strings. This led to a few catcalls from the audience, which Flemmons handled with some merrily combative — and profane — banter. It was all pretty funny, though, and it fit in thematically with the set's highlights, Jackleg Devotional to the Heart's “Dog That Bit You” and “Clitorpus Christi.”

P.O.S. and Marijuana Deathsquads. P.O.S.'s late afternoon turn on the Red Hook stage was far and away the day's strongest performance. Tearing through a 40-minute set in a shirt emblazoned with the American flag just above the words “Made in China,” the Minneapolis art-rapper performed to a crowd that was largely indifferent at the outset, but completely rapt by the end of “Purexed,” his closer. His backing band, Marijuana Deathsquads, was equally impressive, using a two-drum setup to create some interesting backing soundscapes. At times, it sounded a lot like Polica, which is no coincidence. Drummer Ben Ivascu is vital to both projects. Later, at Dada, the same crew flipped the script and did a set of Marijuana Deathsquads material. That the band replicated its textured, exceedingly intricate recorded sound wasn't a huge surprise. That they made it look easy — and like a whole lot of fun — was impressive, though.

Dustin Cavazos and Dark Rooms. Oak Cliff rapper Dustin Cavazos and Daniel Hart's Dark Rooms project weren't done any favors by the schedule. Both acts performed at Trees while the outdoor stages were still going, but they nevertheless still each turned in solid, professional performances in the face of small crowds. Hart's moody synths especially served as a welcome respite from many of the festival's less-nuanced offerings. That Dark Rooms was heard in a two-thirds-empty room with a Nickelback video playing on the venues monitors is a shame.

Sarah Jaffe. Local alt-pop stalwart Sarah Jaffe had one of the strongest, and clearly loyal, crowds of the day at the outdoor stages. She didn't disappoint either, hitting the high points of both Suburban Nature and The Body Wins in her nearly hour-long set. It was an all-around solid show, but the version of â€œGlorified Highâ€ Jaffe did with The Cannabanoids at a little after two on Saturday morning was still the best thing she did all weekend.

Lord Byron. The buzzing Dallas rapper was fabulous in his first-ever live show at the Boiler Room — so good, in fact, that we're giving him his own full write-up.

The Not So Good.
Zhora. Zhora, which for this performance only featured vocalist Taylor Rea, was just plain boring on Saturday. When a button that starts and stops the backing tracks is the only instrument being played, the whole “seeing music live” thing seems pretty pointless. The small crowd that caught the set was friendly enough, though, but one wonders if that would have been the case if it was someone from out-of-town similarly mailing it in.

Jason Isbell. Former Drive-By Truckers guitarist Jason Isbell did his best for a decent but largely inattentive crowd at the Red Hook stage, but his alt-country stylings felt out of place at a festival that was highlighted by its terrific hip-hop and electronic offerings. It wasn't his fault, necessarily, but it was still a drag.

Warpaint. Warpaint's moody, atmospheric sound just doesn't translate all that well to a festival setting. In the right situation — say, a late-night show at a small venue — it's easy to see how the band could be quite enjoyable. But, outdoors, on a chilly night, with everyone milling around, the band's sound just doesn't do enough to make you take notice. It's just too subtle, too easy to ignore.

The Just Plain Weird.
Girl Talk. Let's get the basics out of the way: Pennsylvania mashup specialist Girl Talk's performance was visually arresting. His stage setup was incredible, complete with an arresting light display. About 50 dancers from the audience in various states of inebriation joined the performer on stage. And there were even a couple of toilet paper-dispensing cannons. Combined with the beach balls and light sticks that had been given to the crowd, it was wild — as was the audience member dancing alone, about halfway back in the crowd, in an over-sized, orange and stuffed horse's head.

The substance of Gregg Gillis' set wasn't nearly as interesting, though. The crowd ate it up, but their reaction seemed to based on their recognition of the sample that was playing, not anything Gillis was doing. It was an expensive, tightly planned DJ set. I get that Girl Talk is an important artist, if only for his contributions to the fight over the Fair Use doctrine and song samples. But he's not the most impressive festival headliner.

The Last Word.
Index, as whole, was a blast. The multi-venue set up was a great addition for the festivalâ€™s second edition, one that augurs well for the future of the event. The proximity of the indoor stages to one another provided ample opportunities for discovery, and the sheer number of acts meant that there was likely something for most everyone.

Sure, Homegrown Fest might still be out choice the best single day of the year in Dallas. But Index has a strong claim to being the best two days. 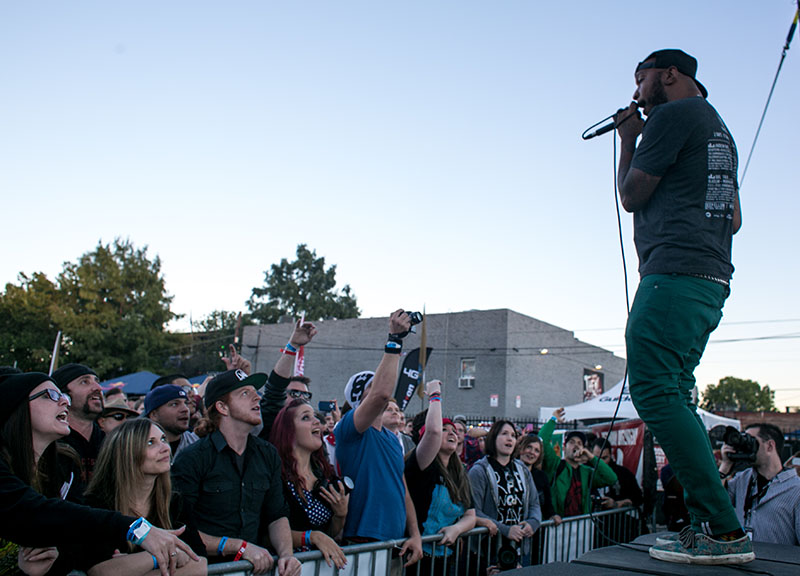 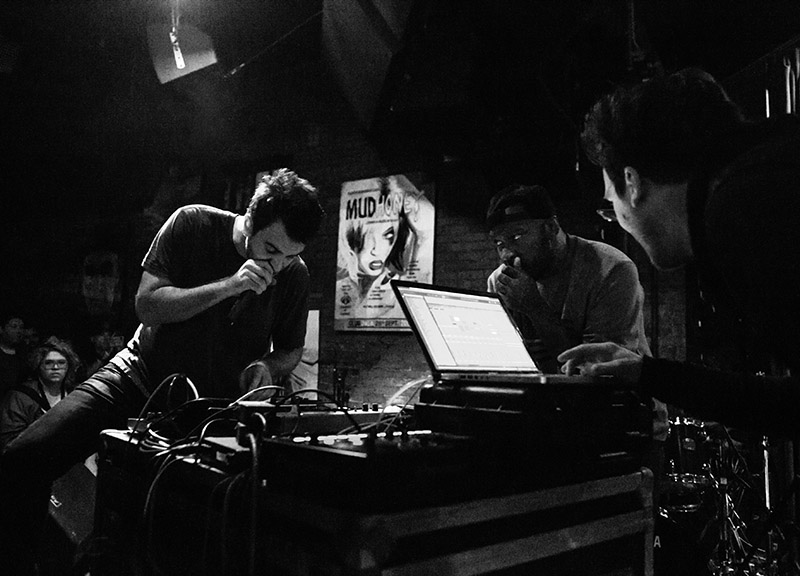 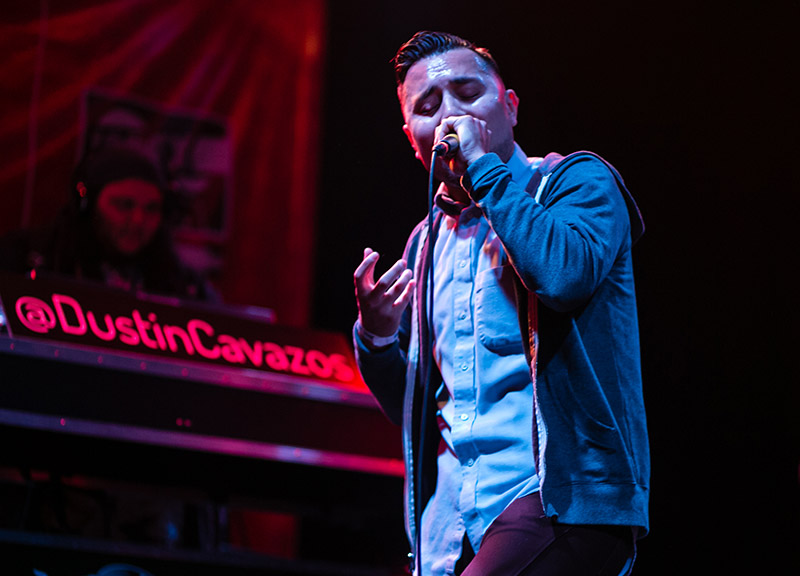 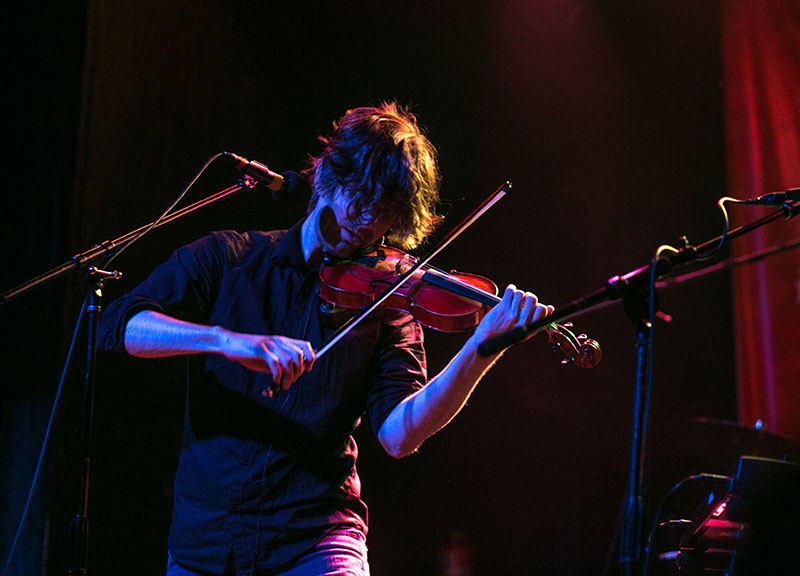 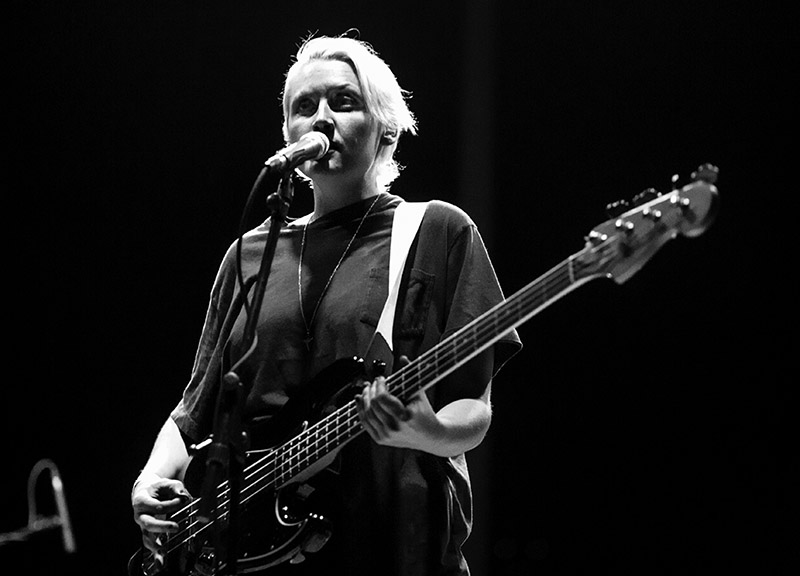 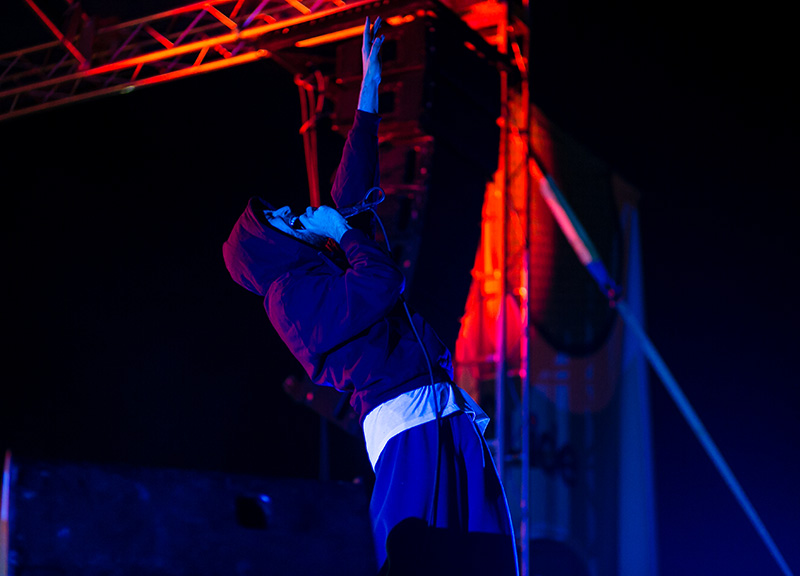 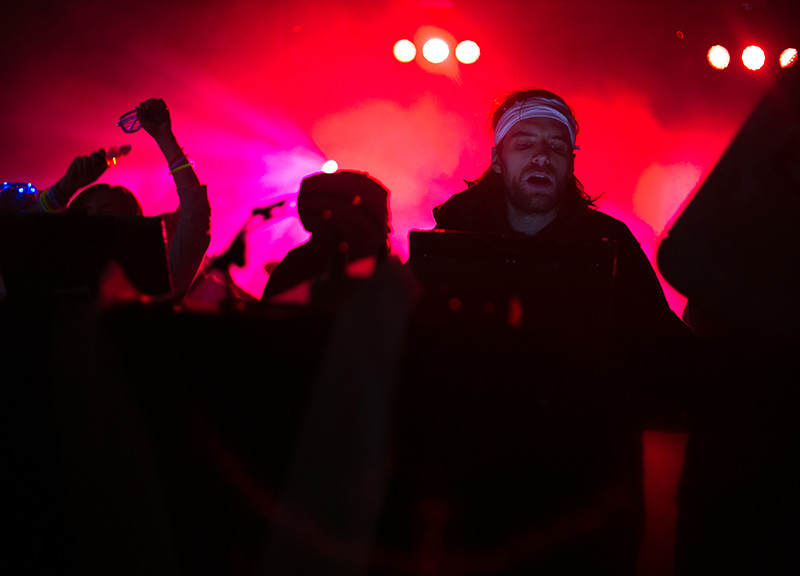 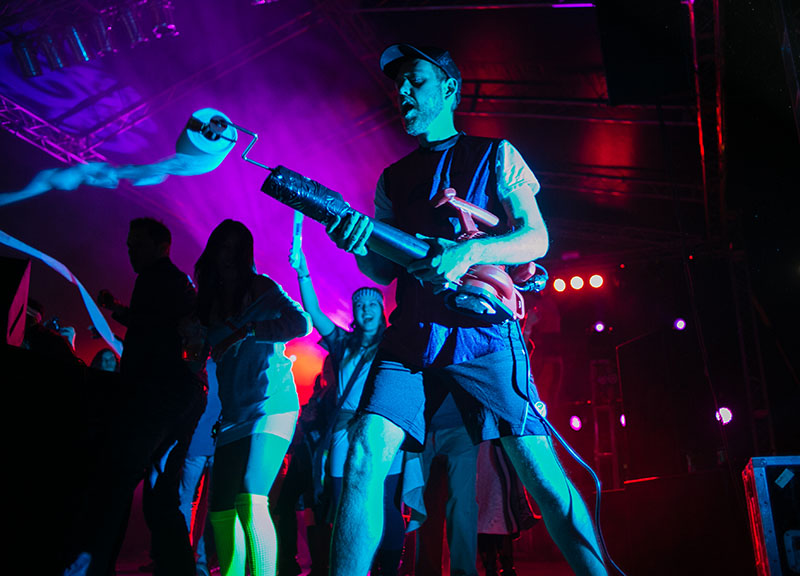 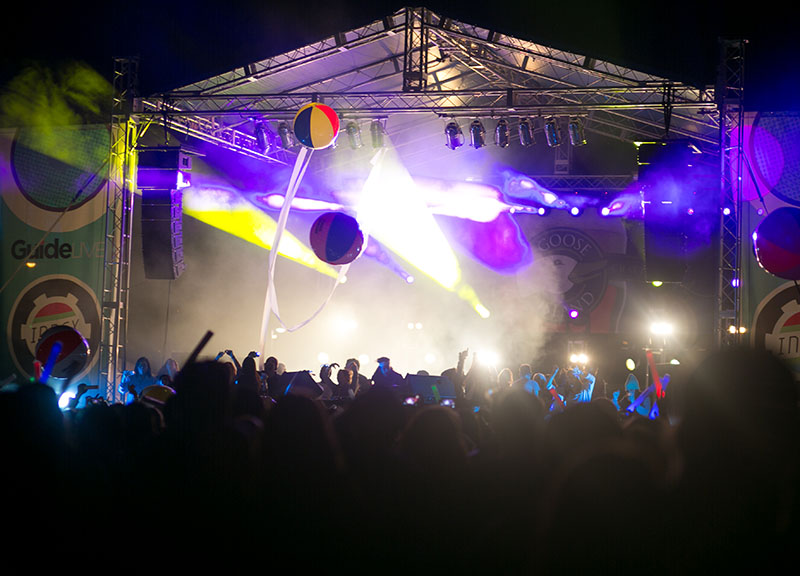 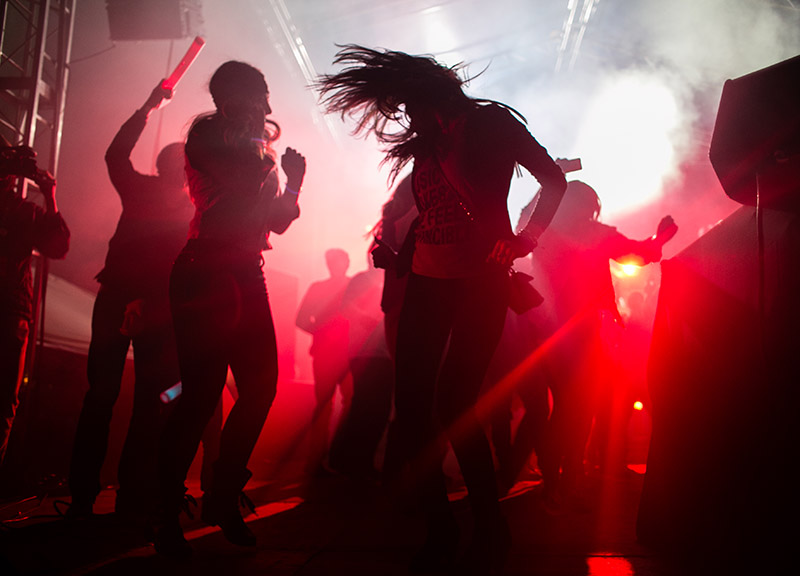 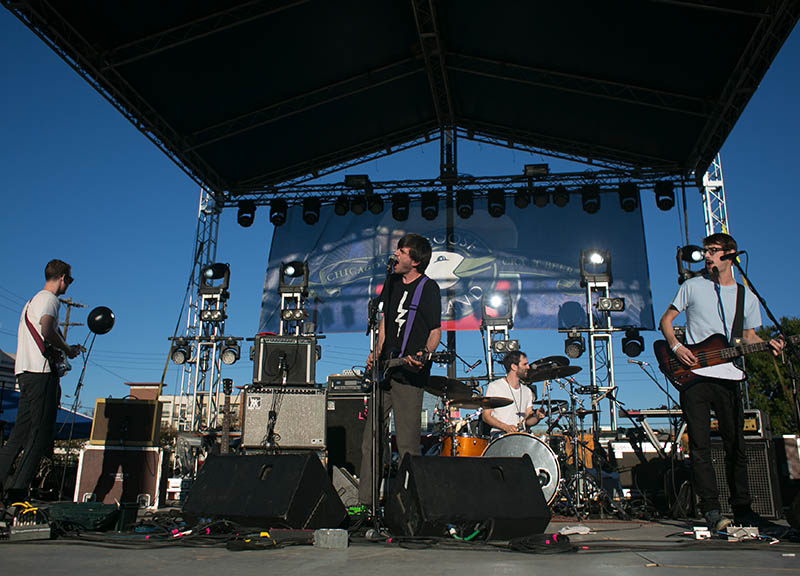 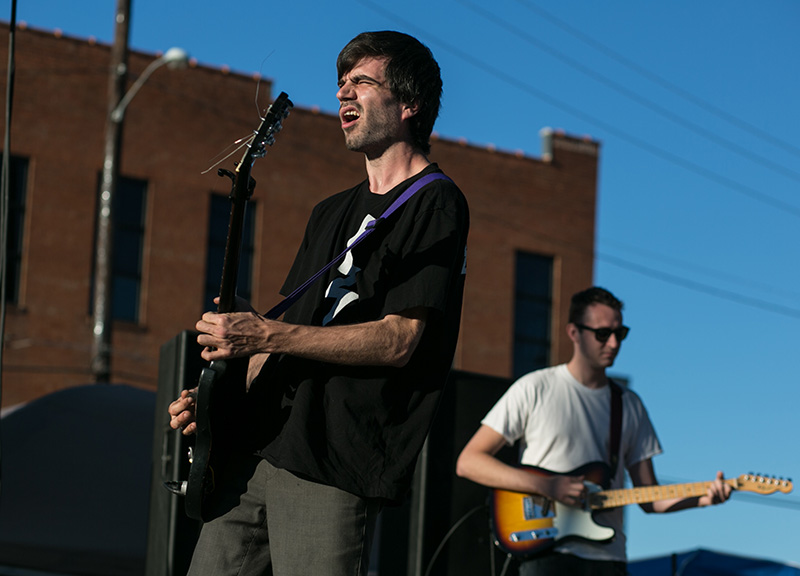 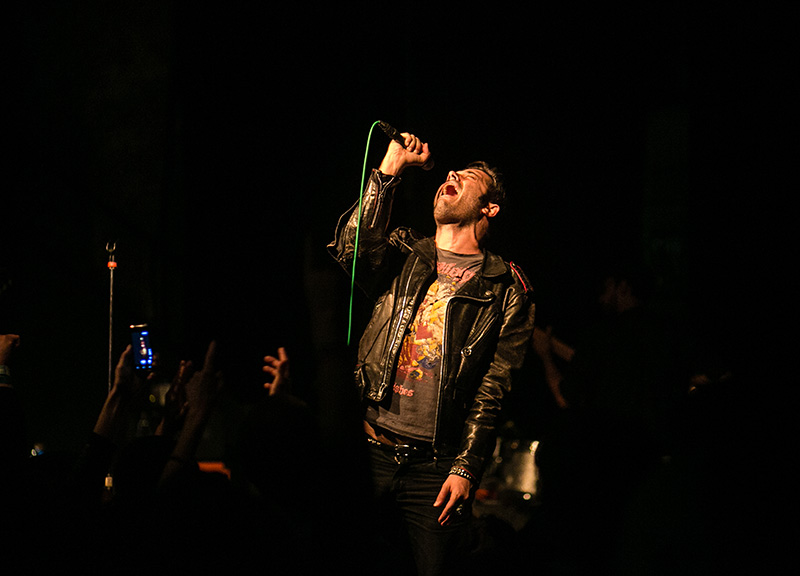