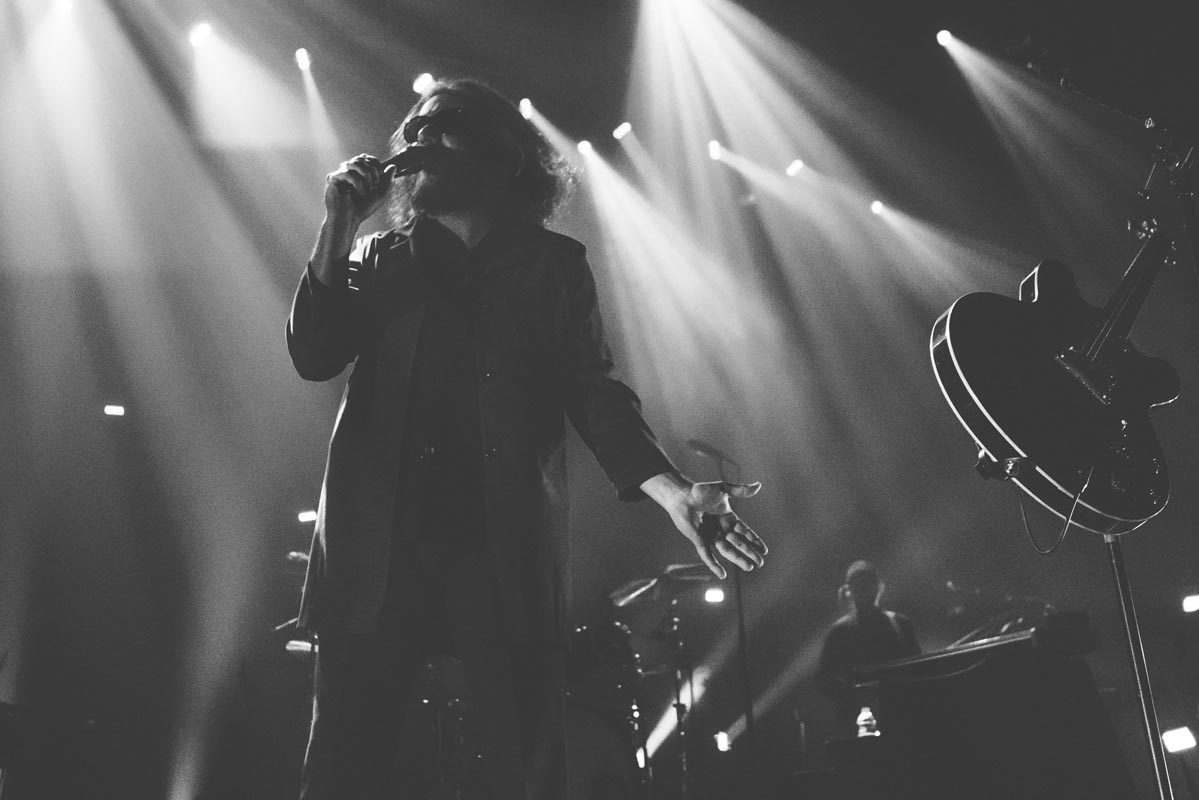 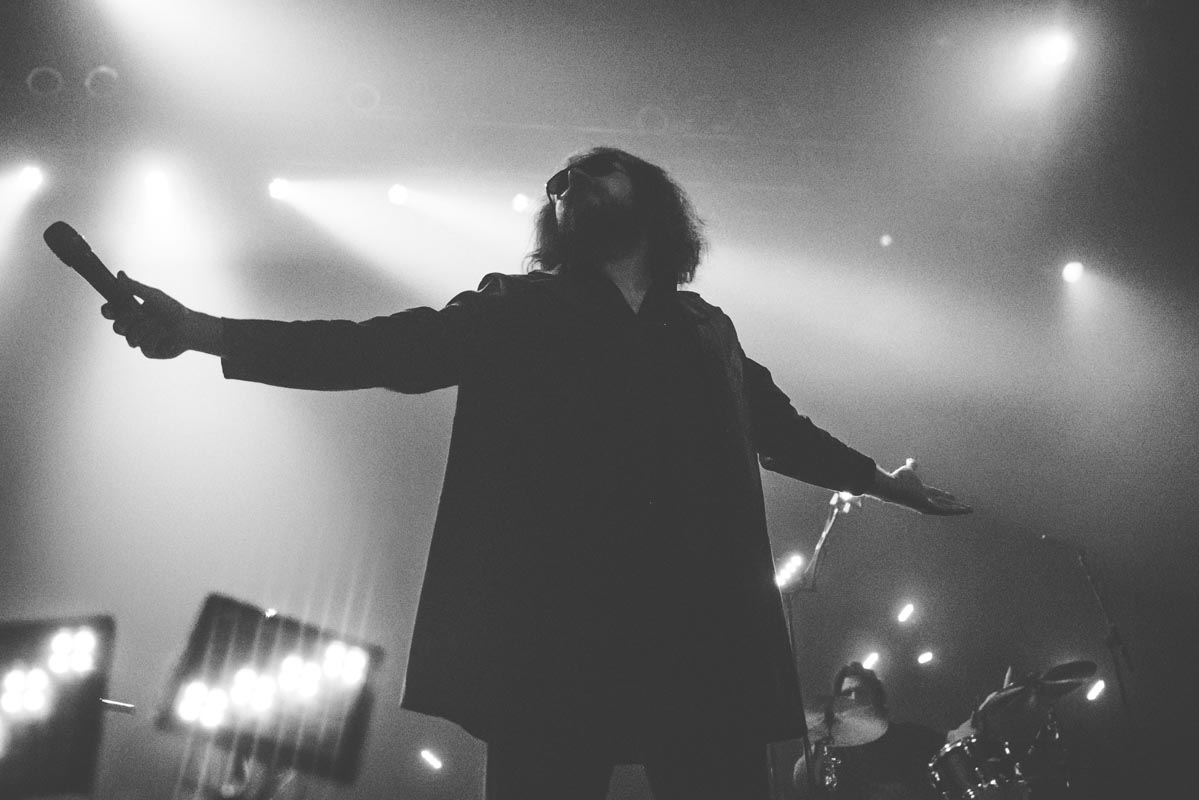 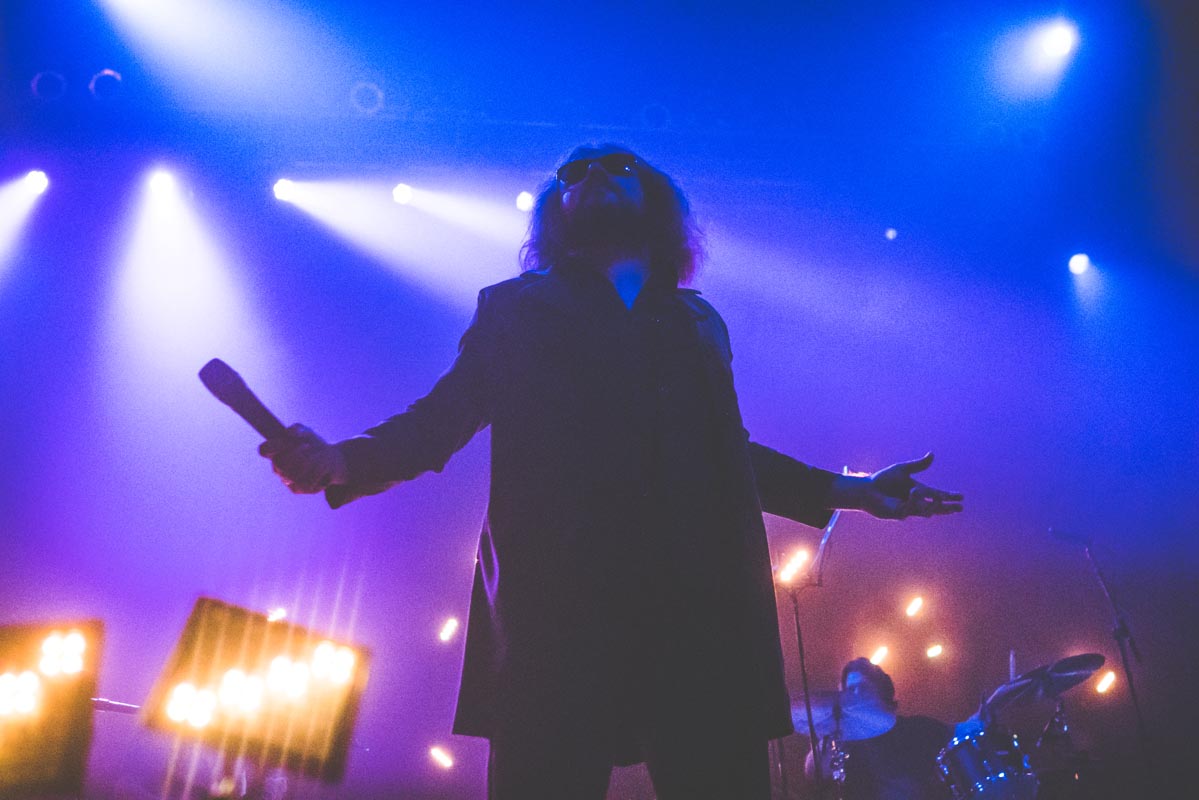 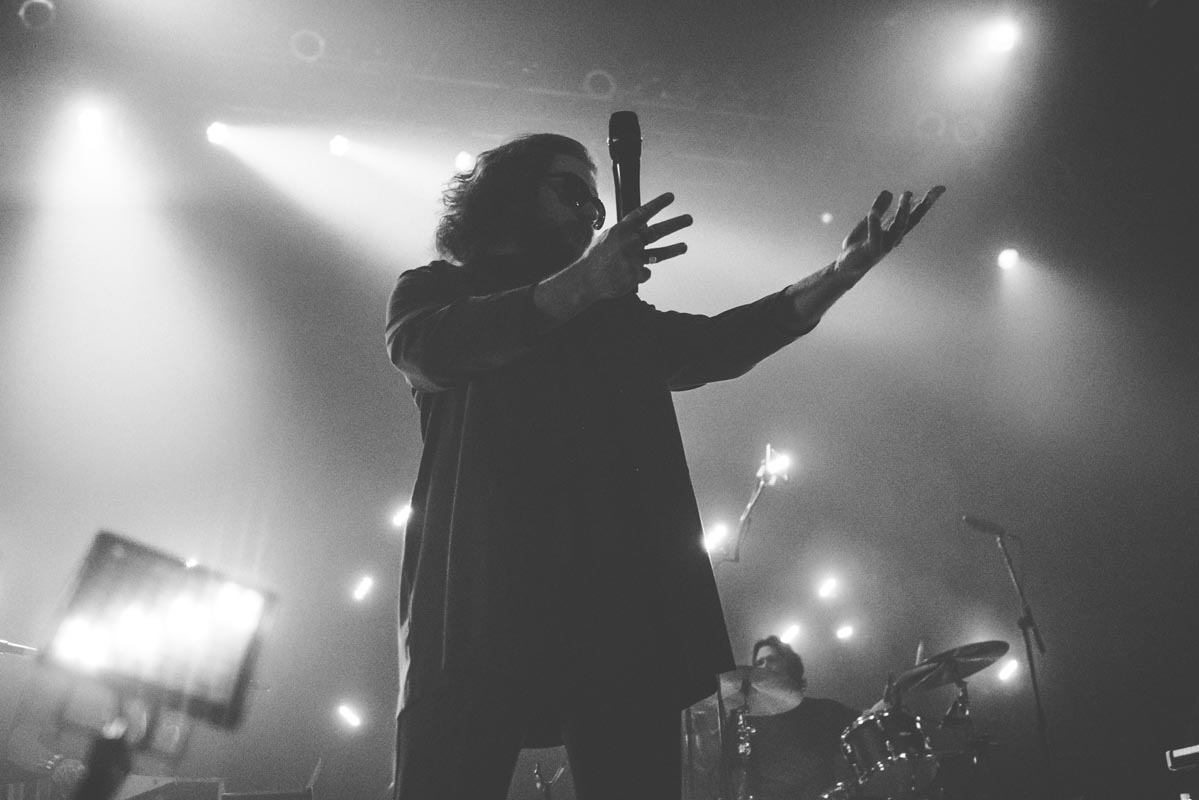 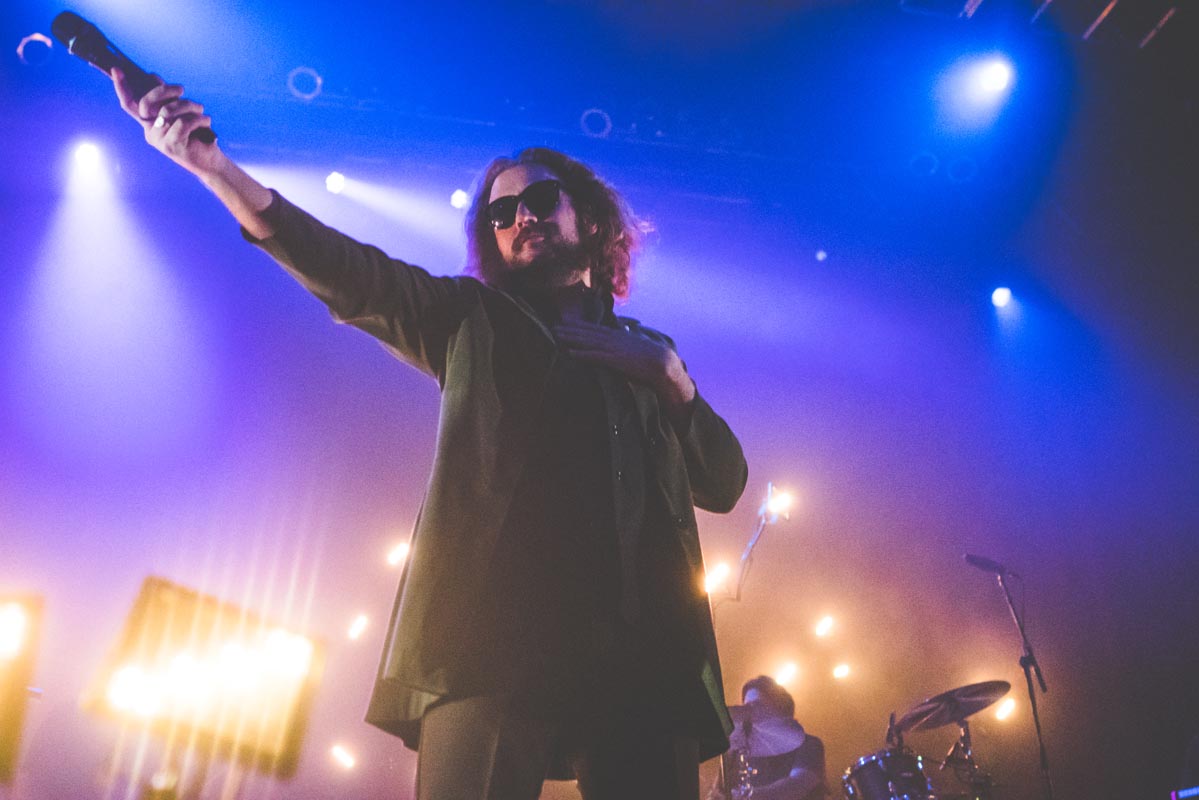 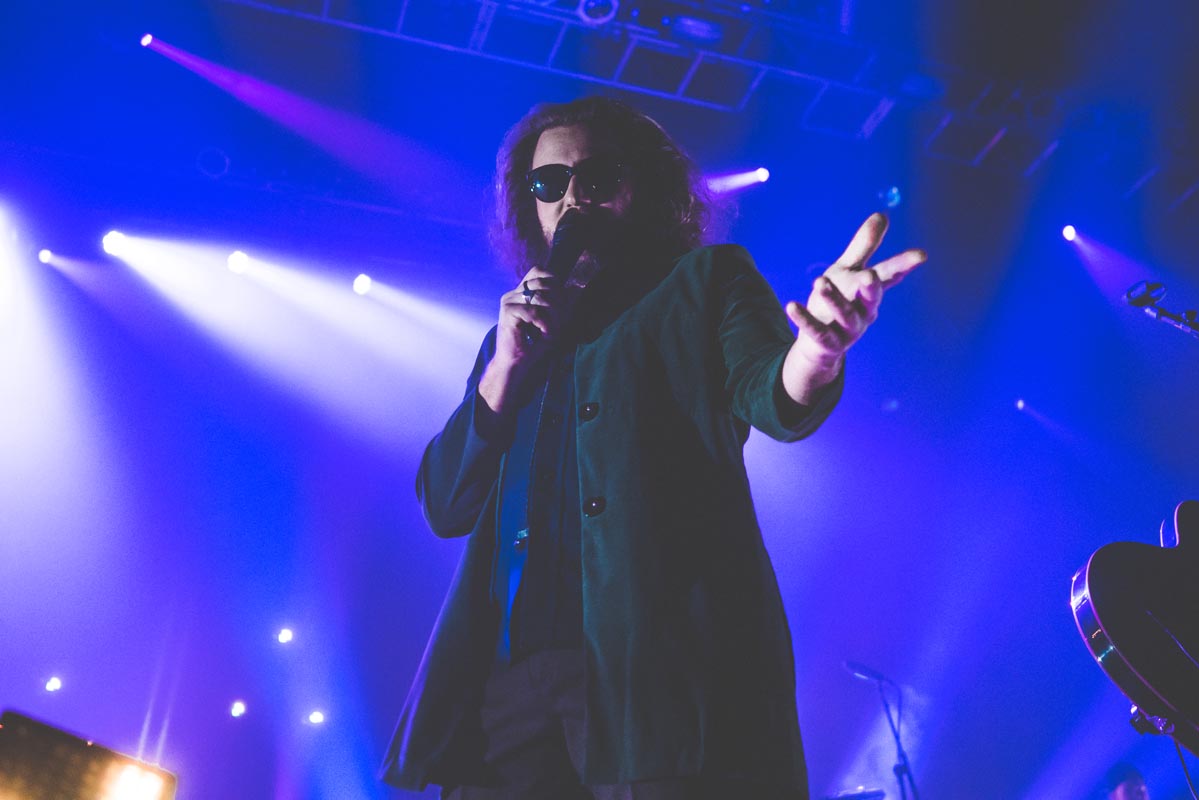 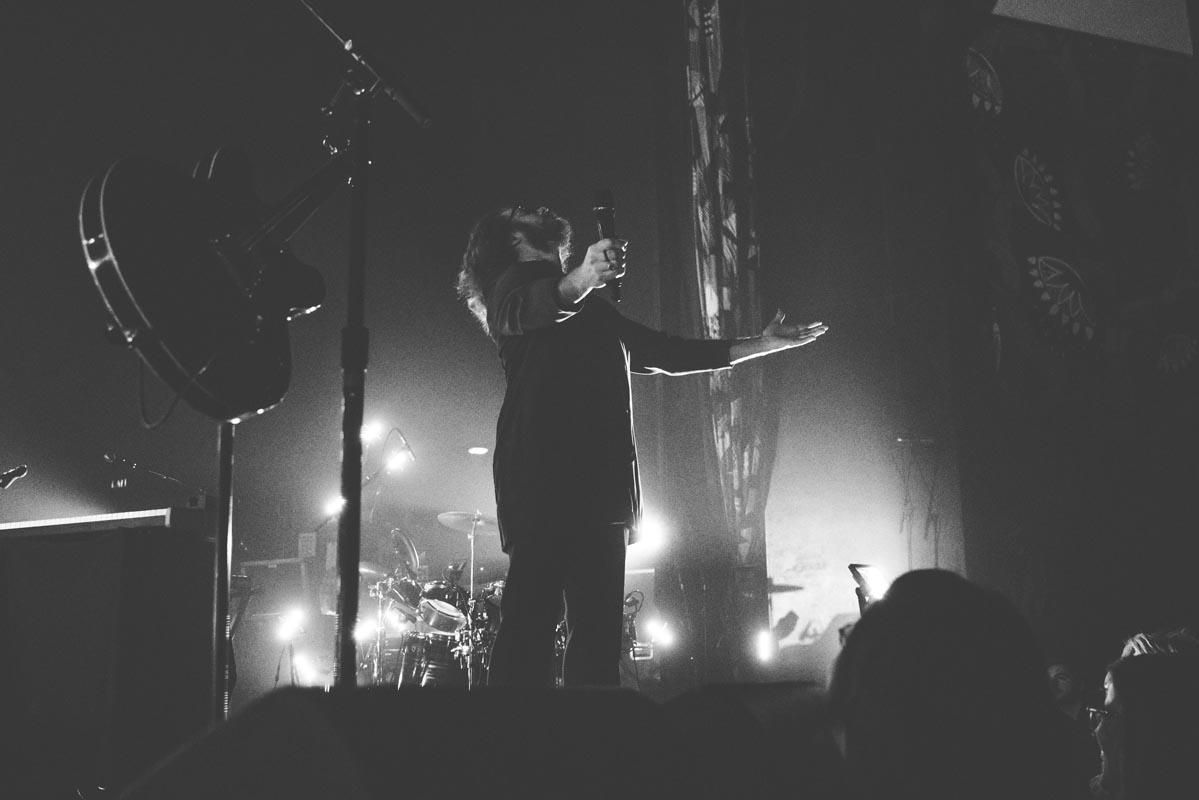 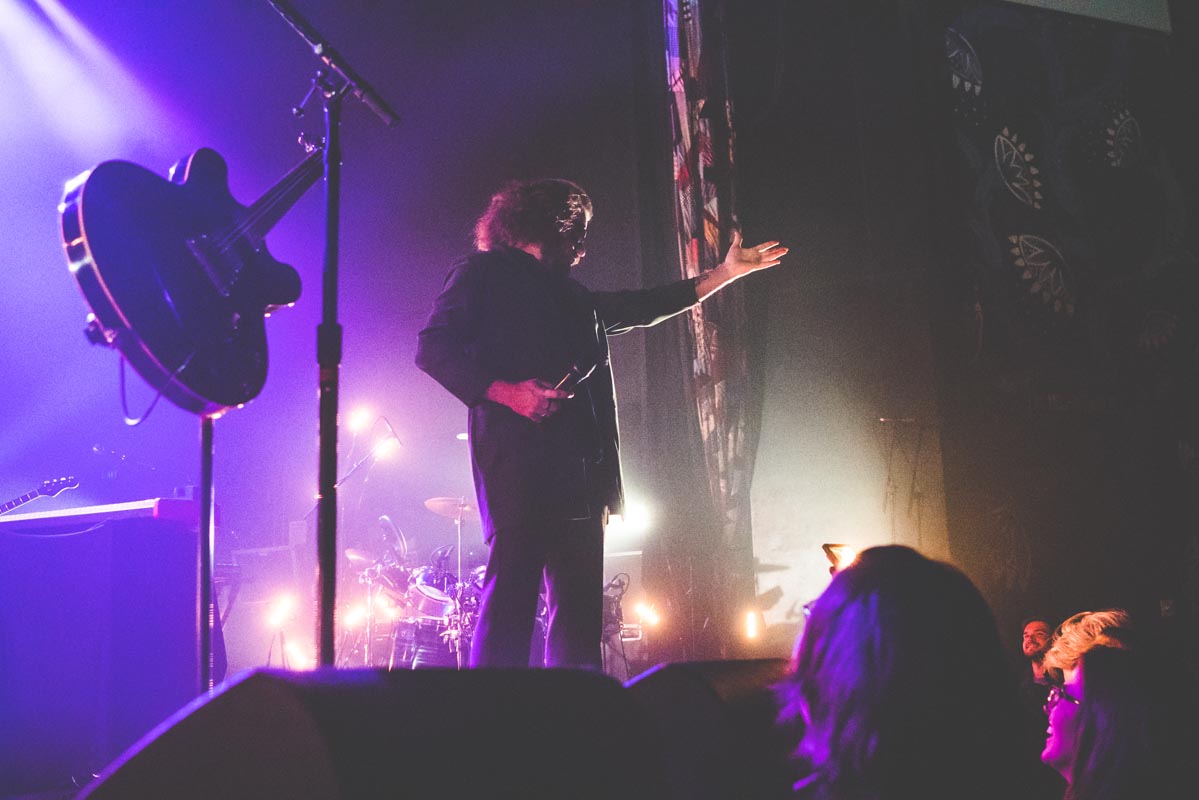 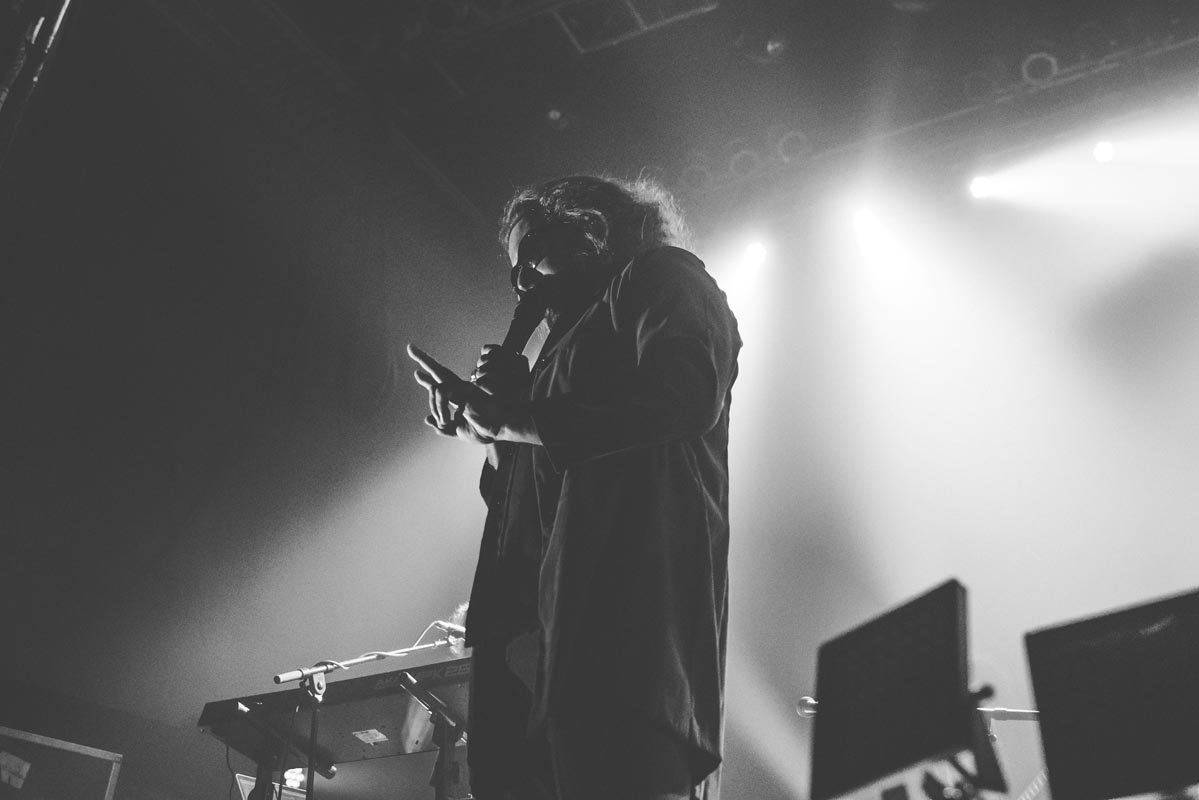 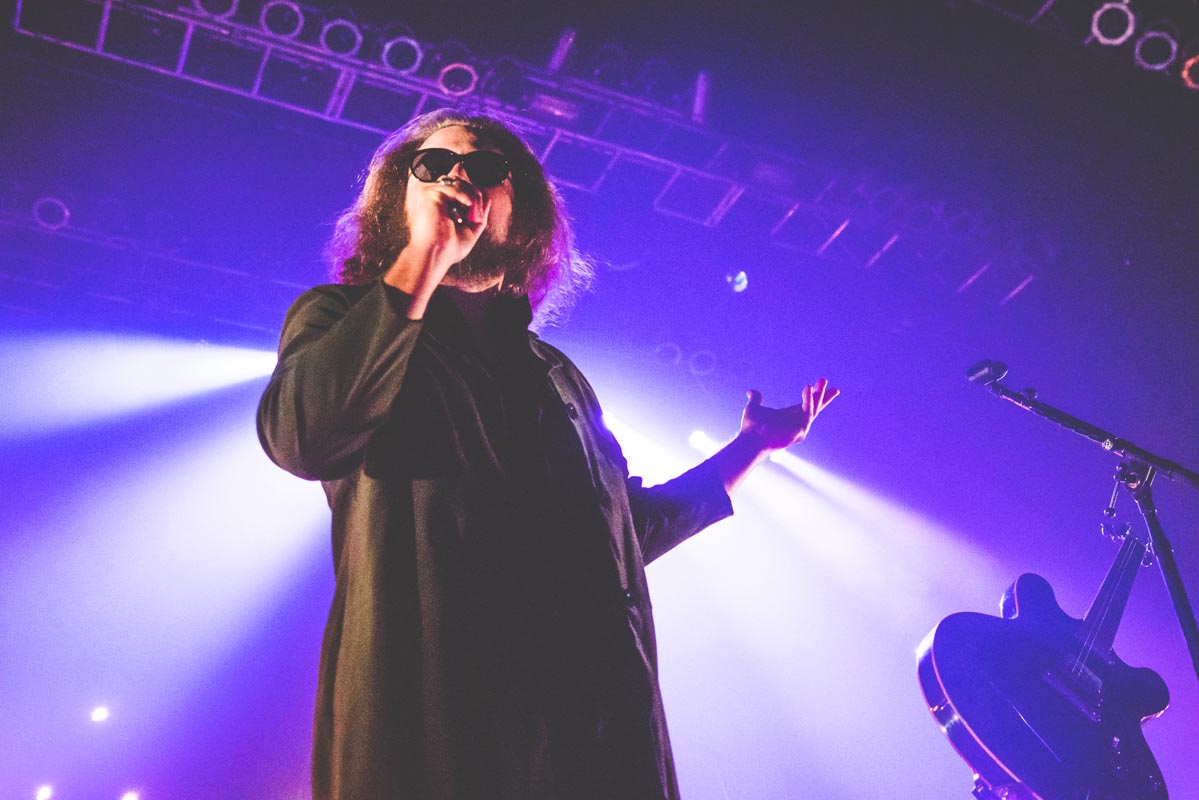 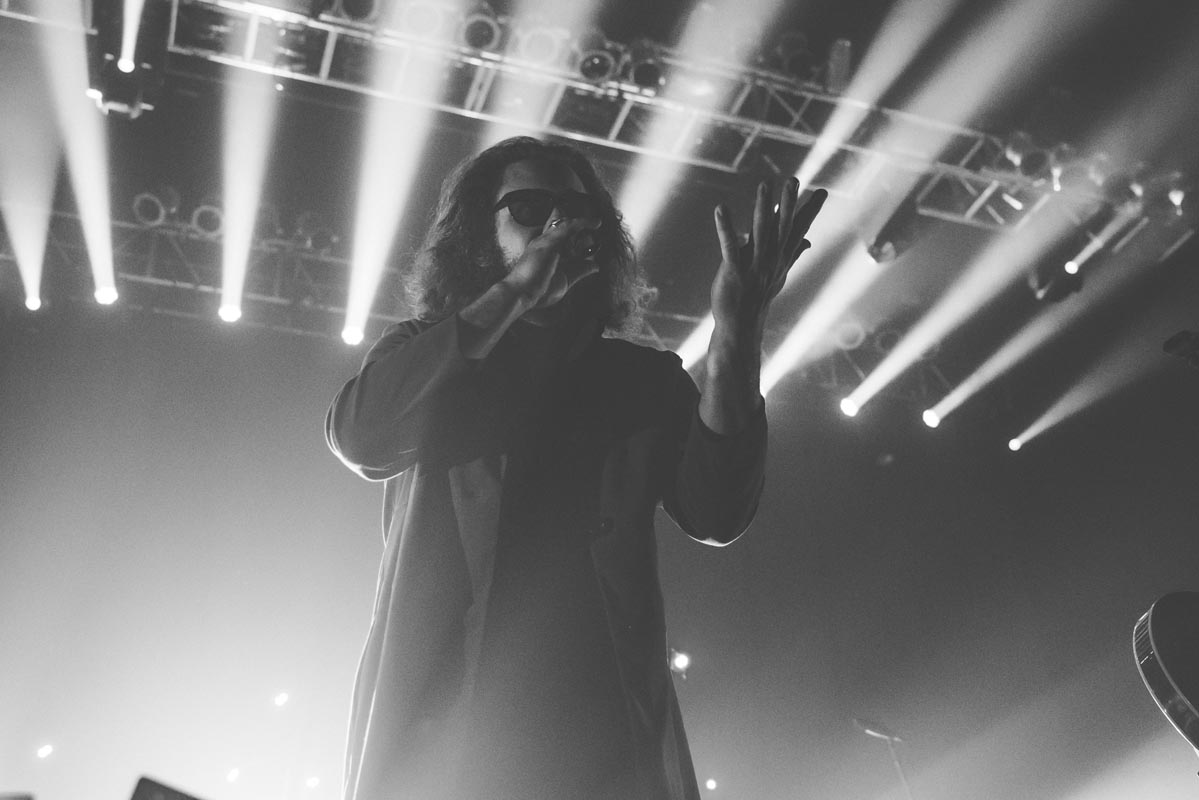 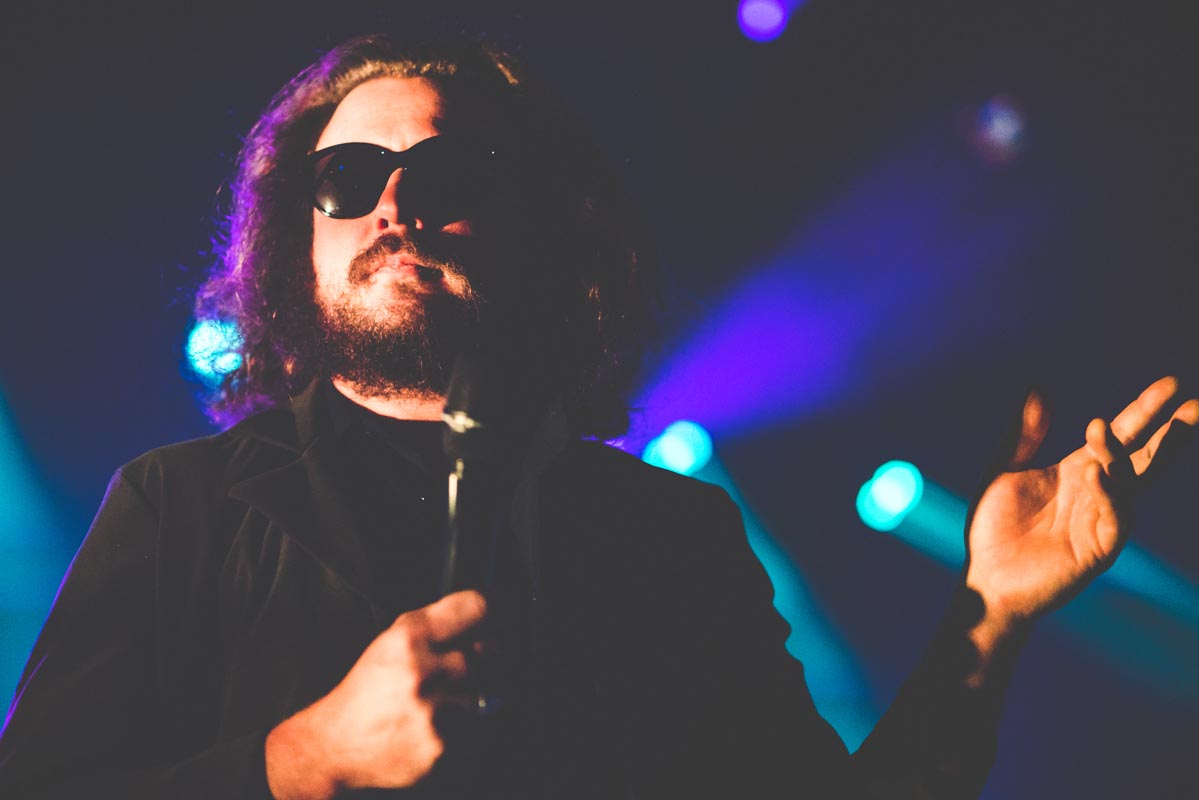 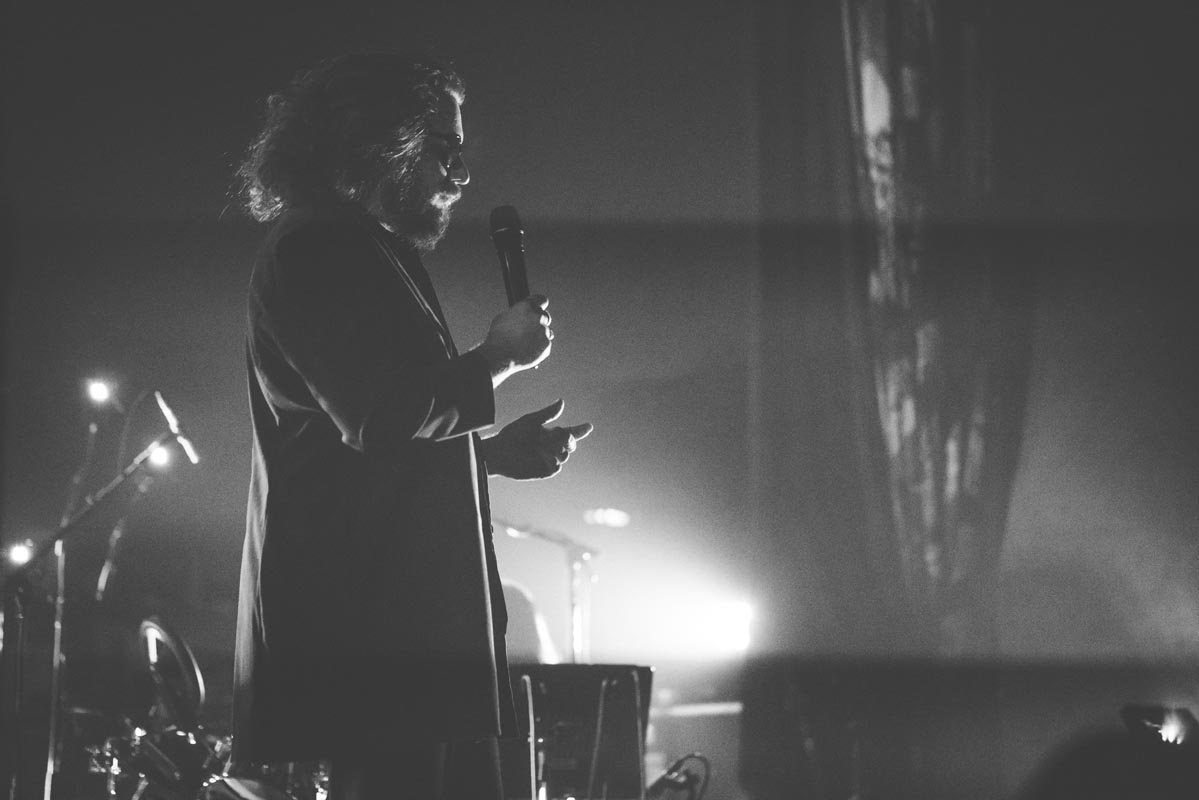 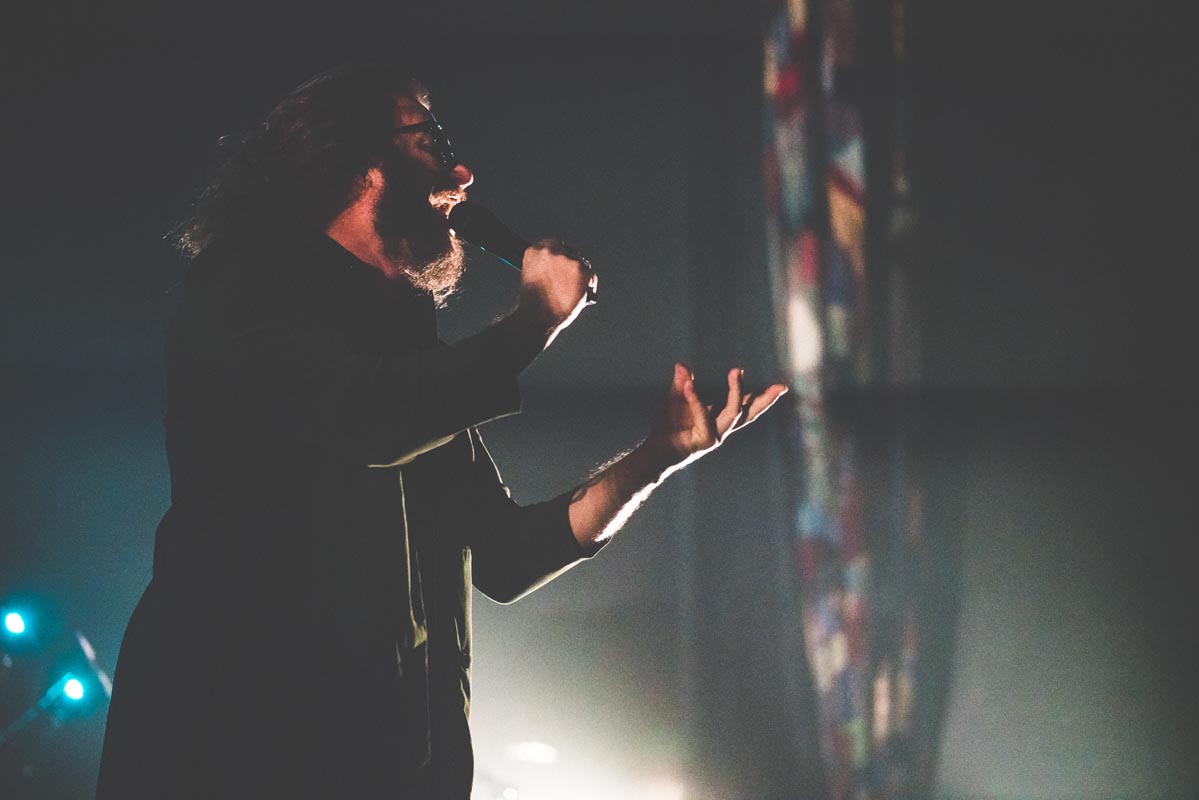 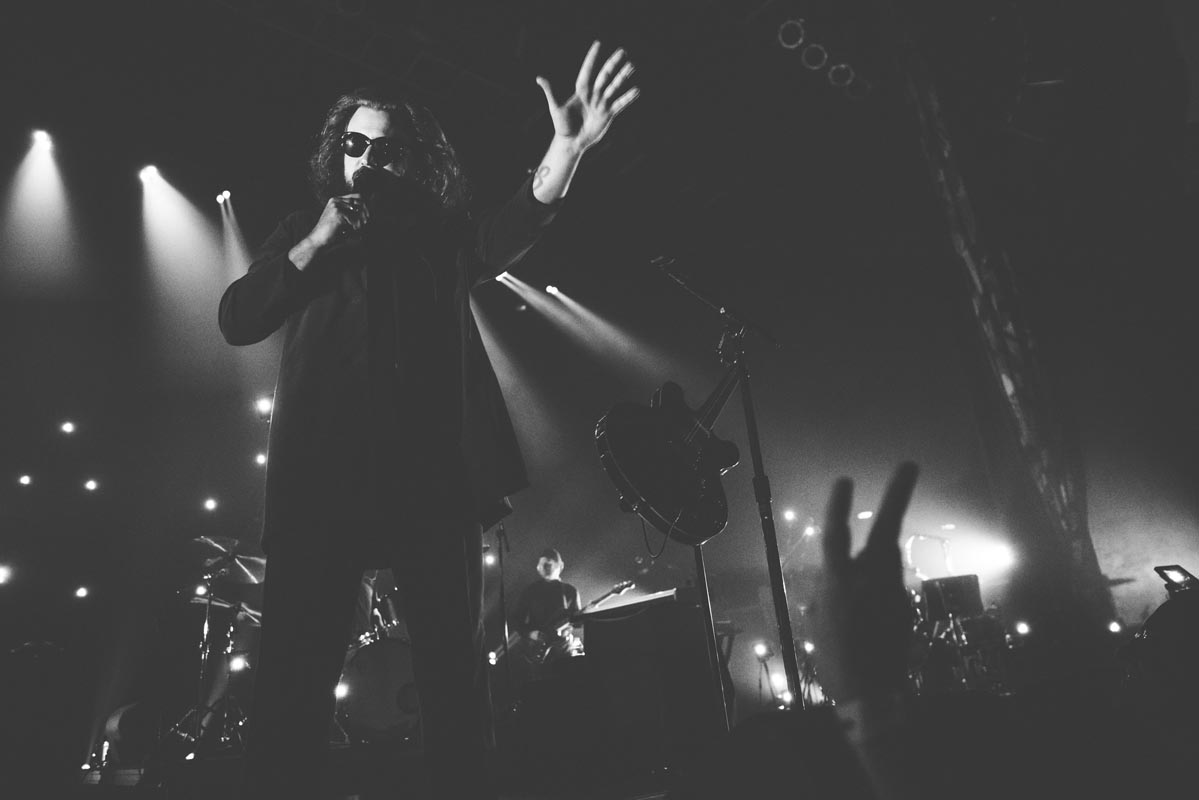 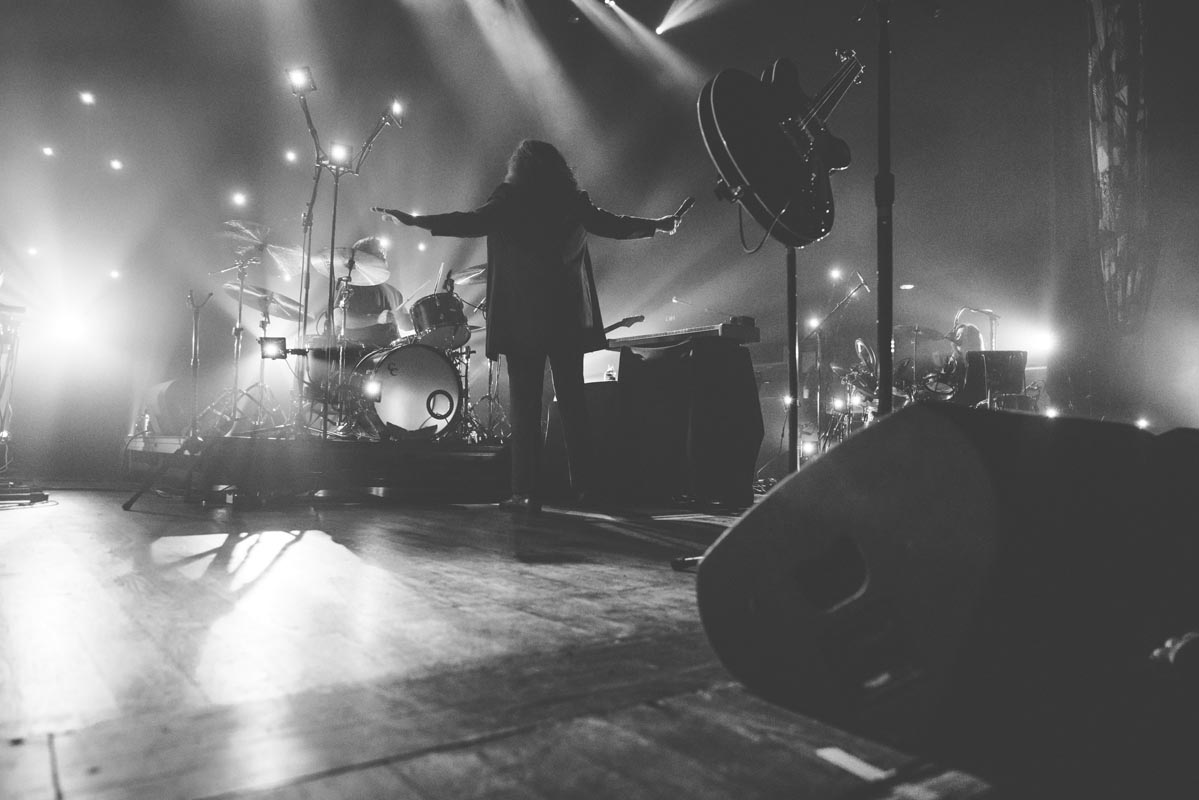 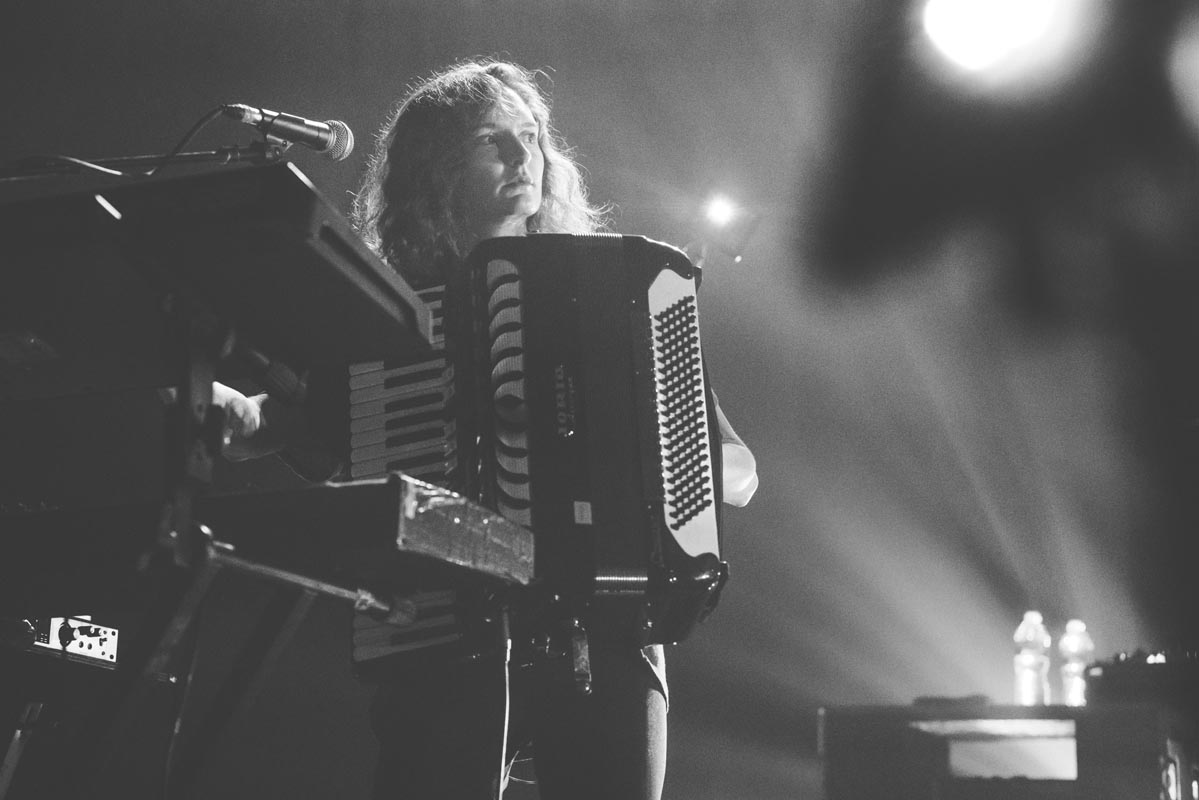 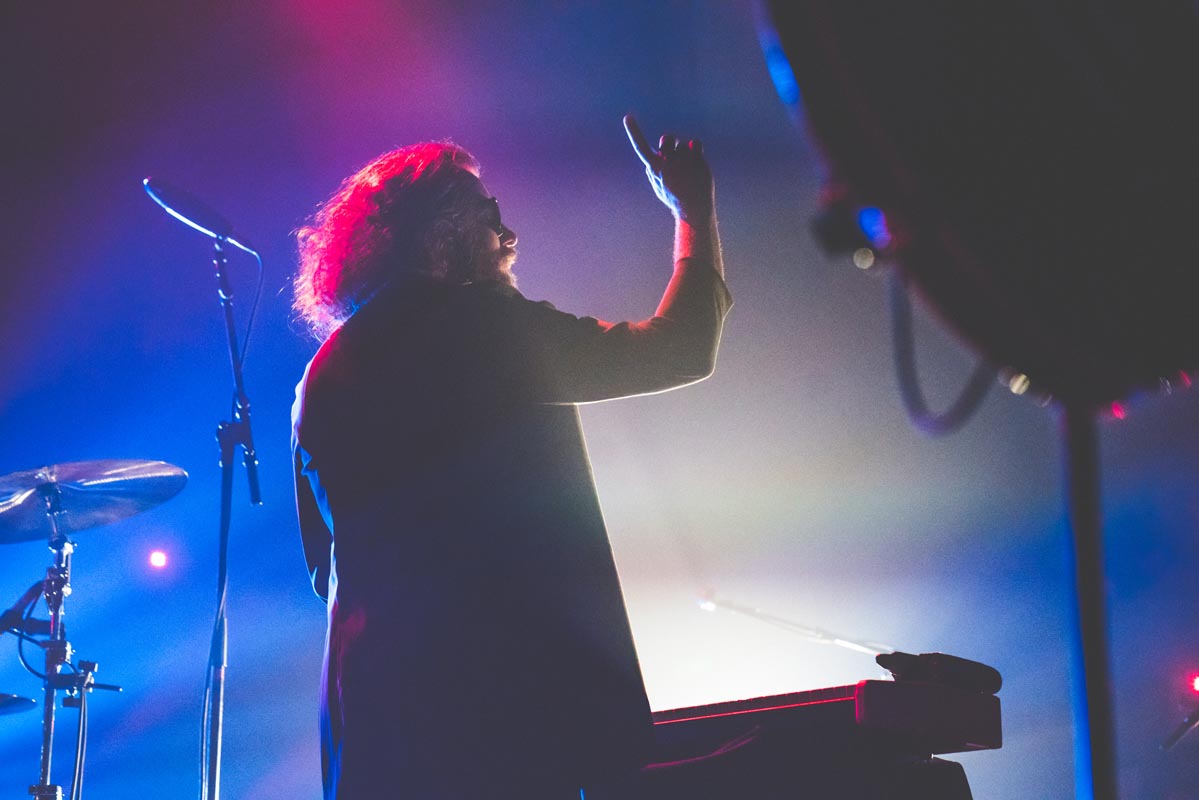 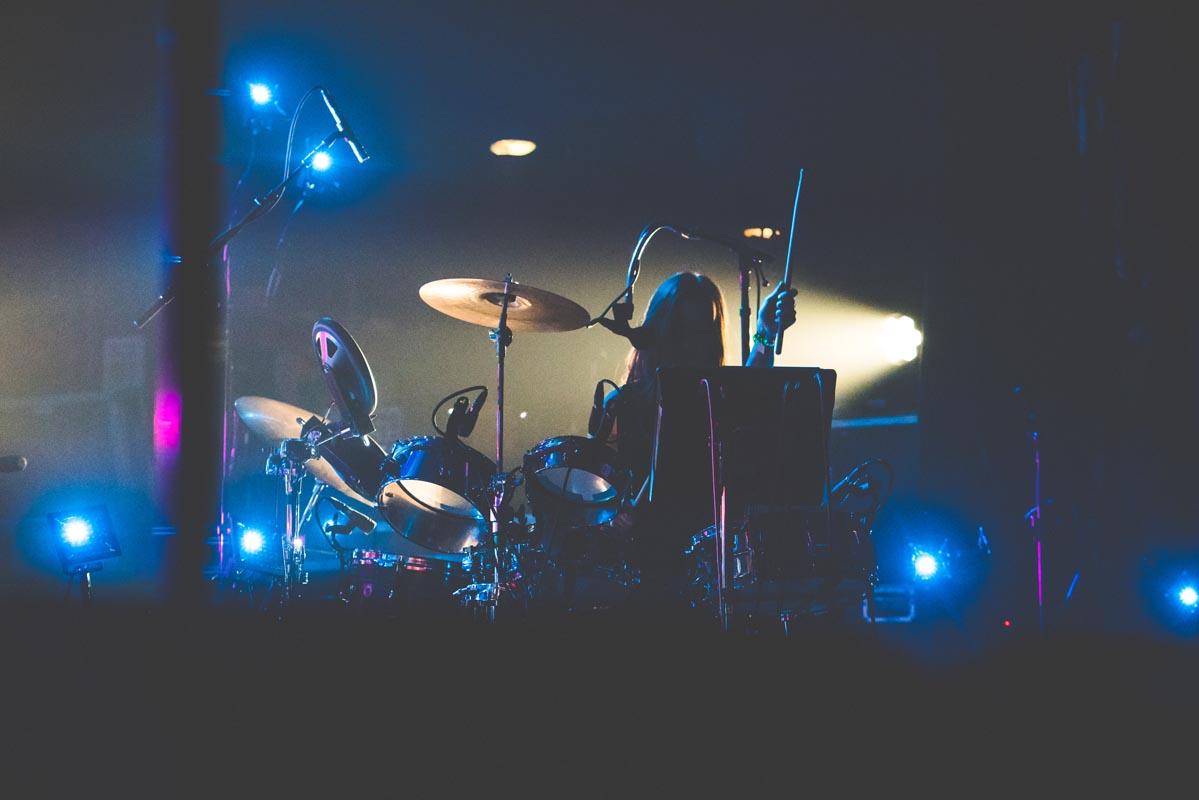 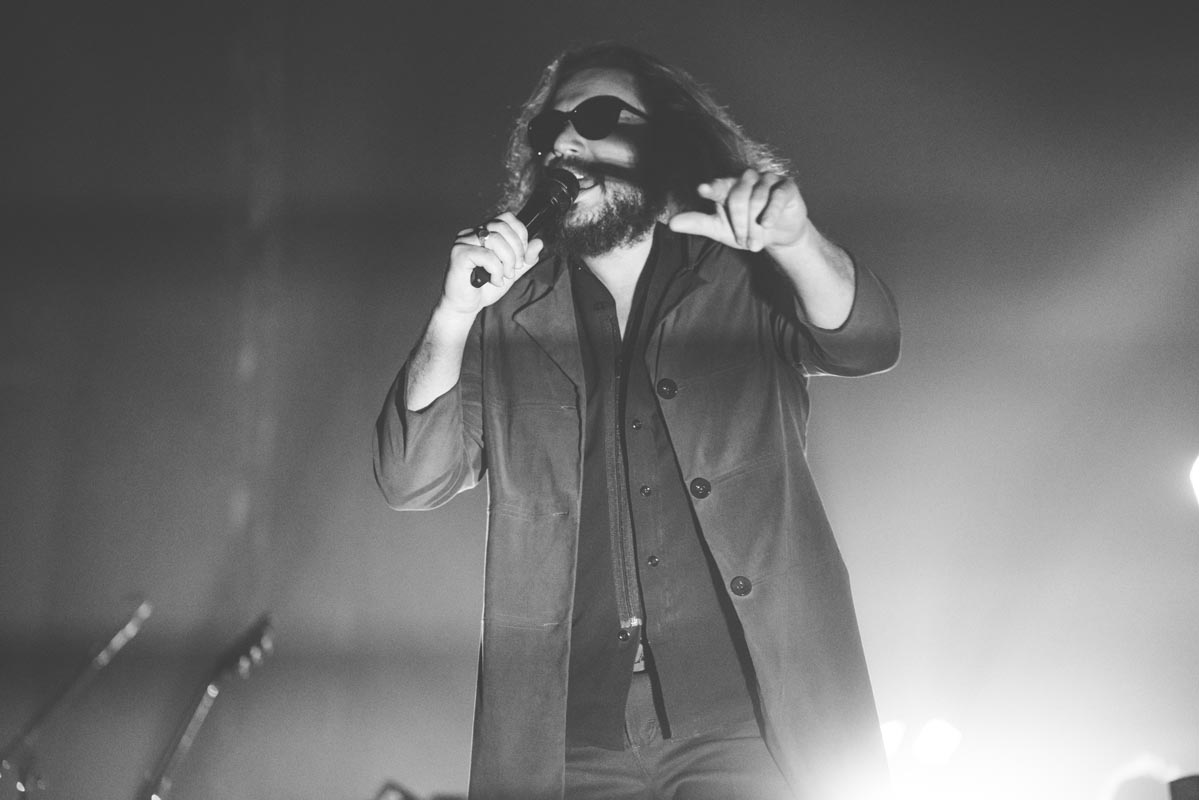 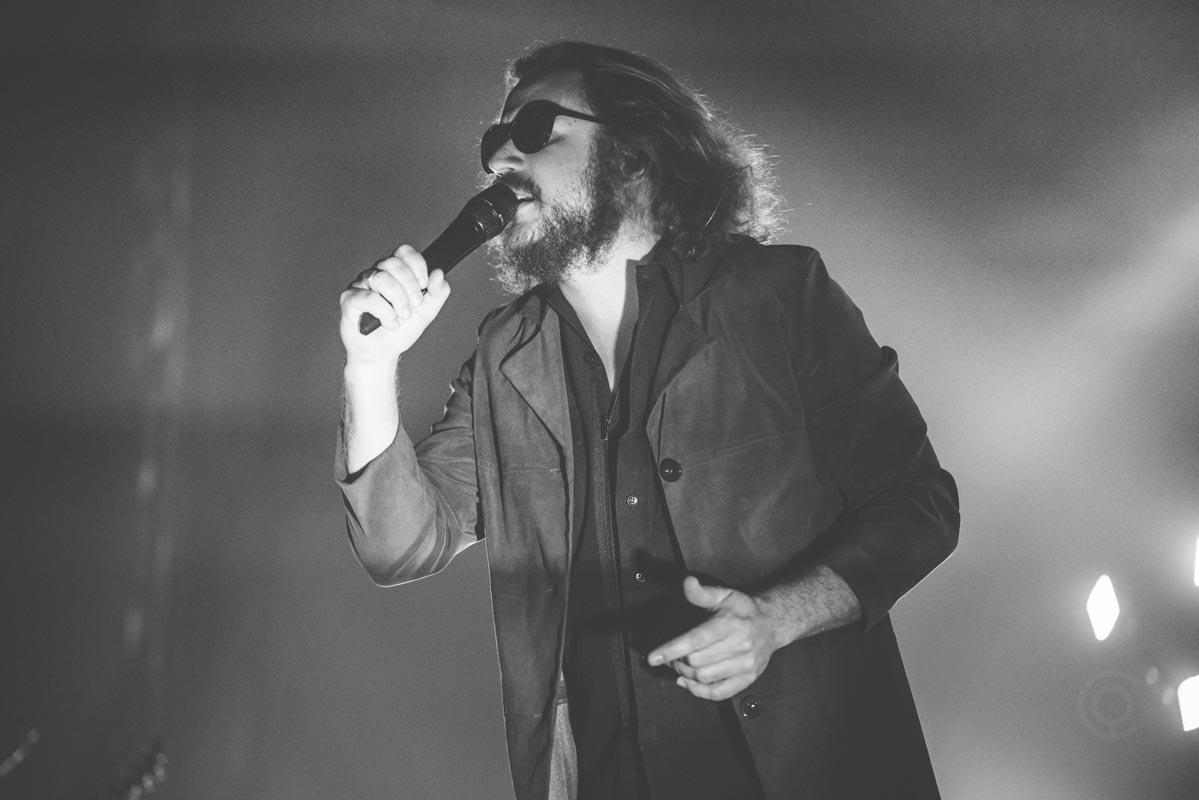 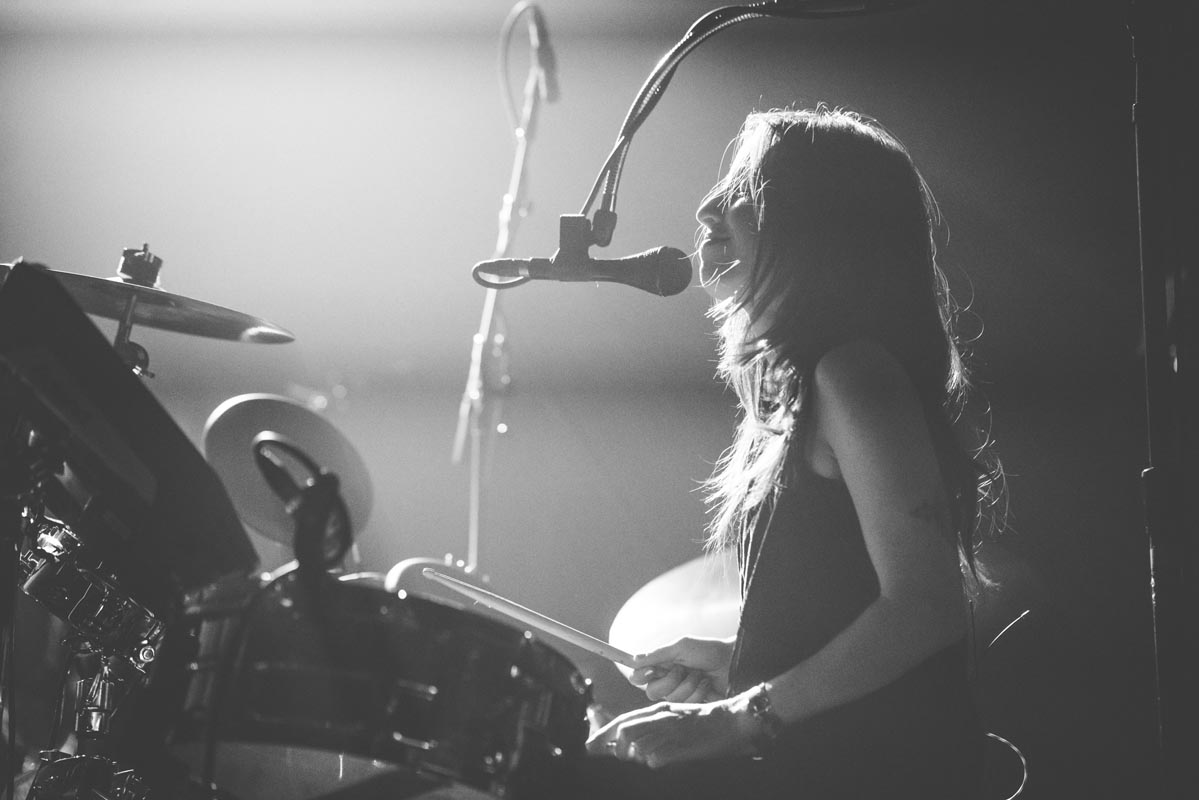 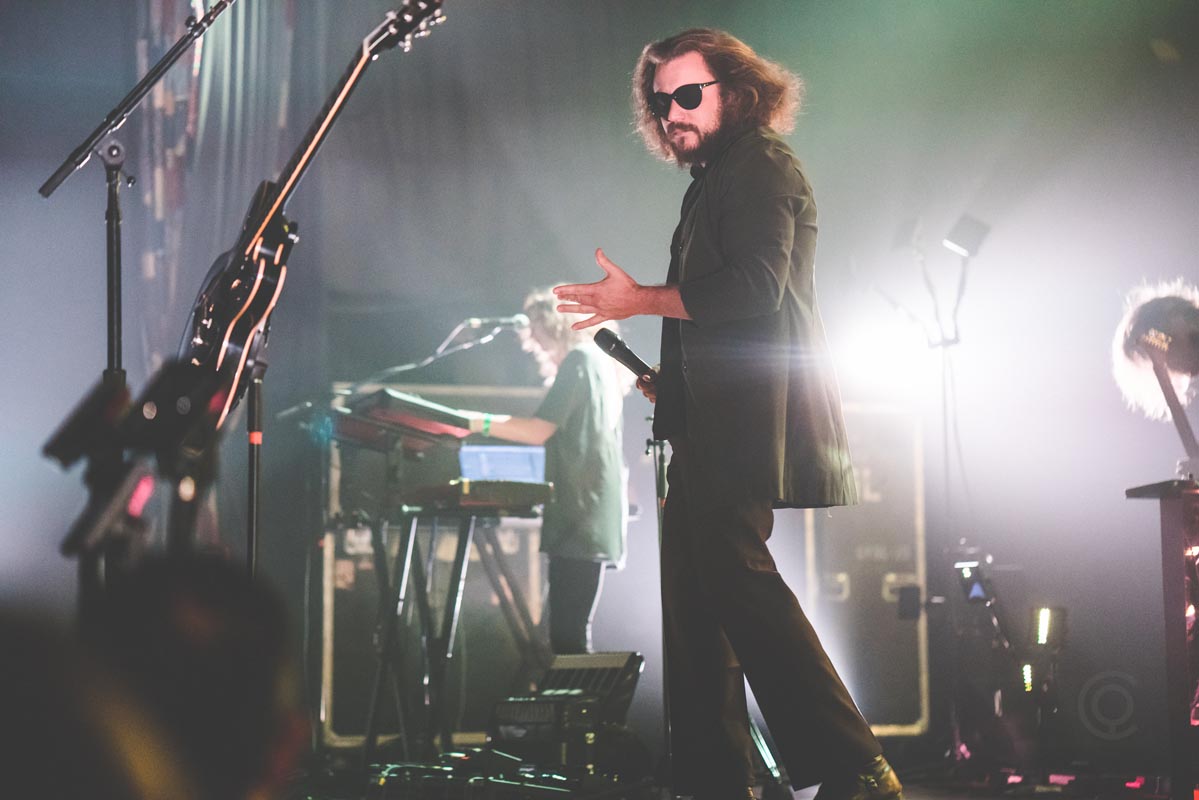 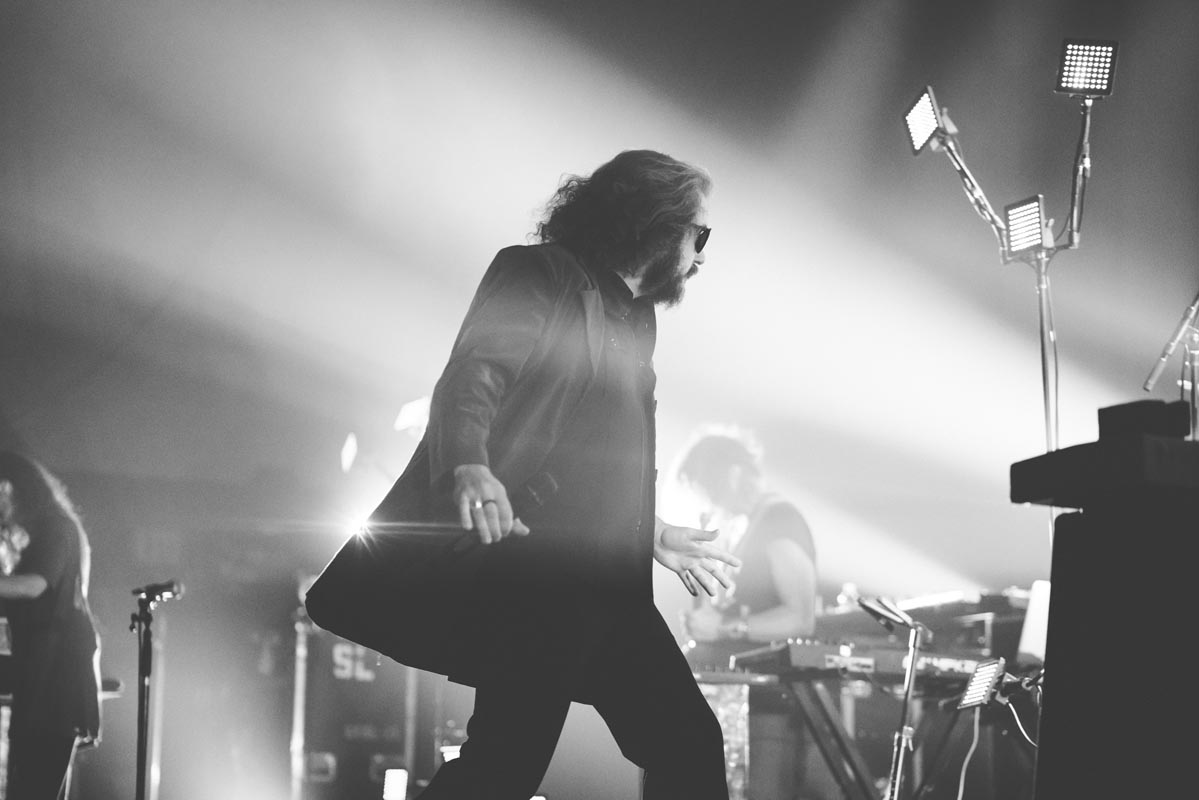 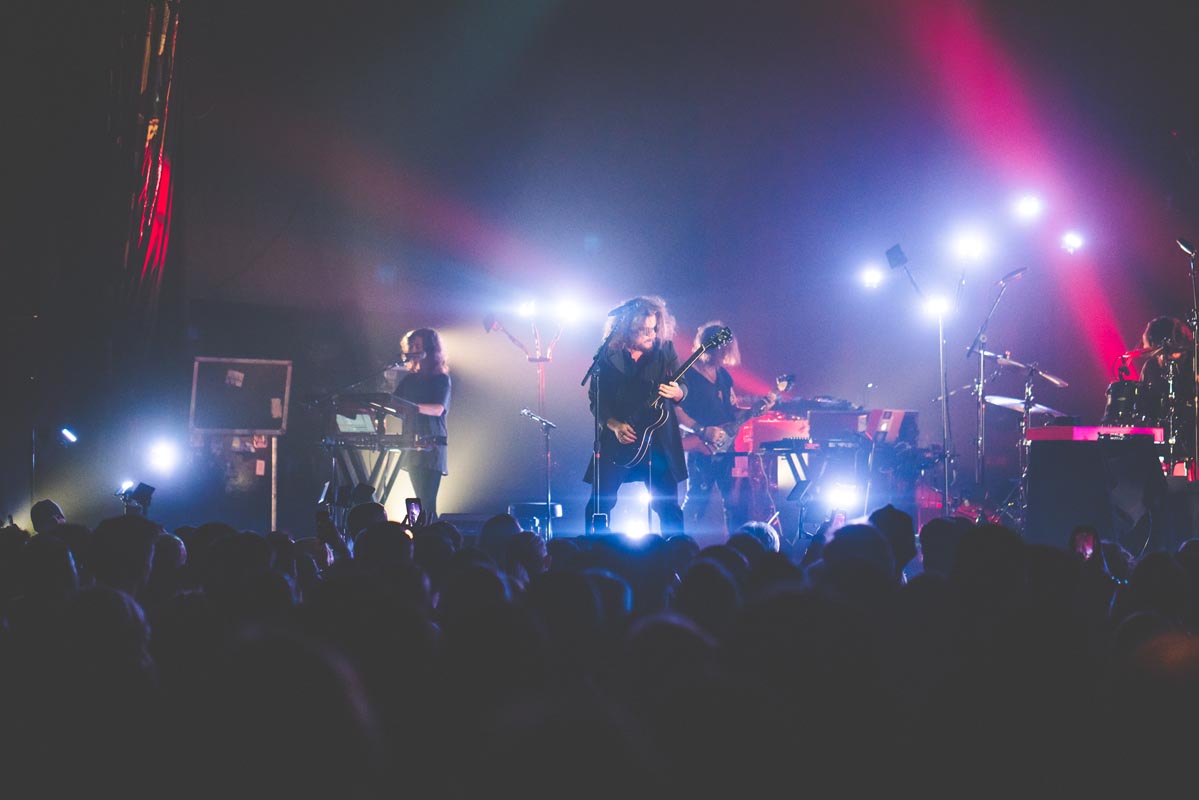 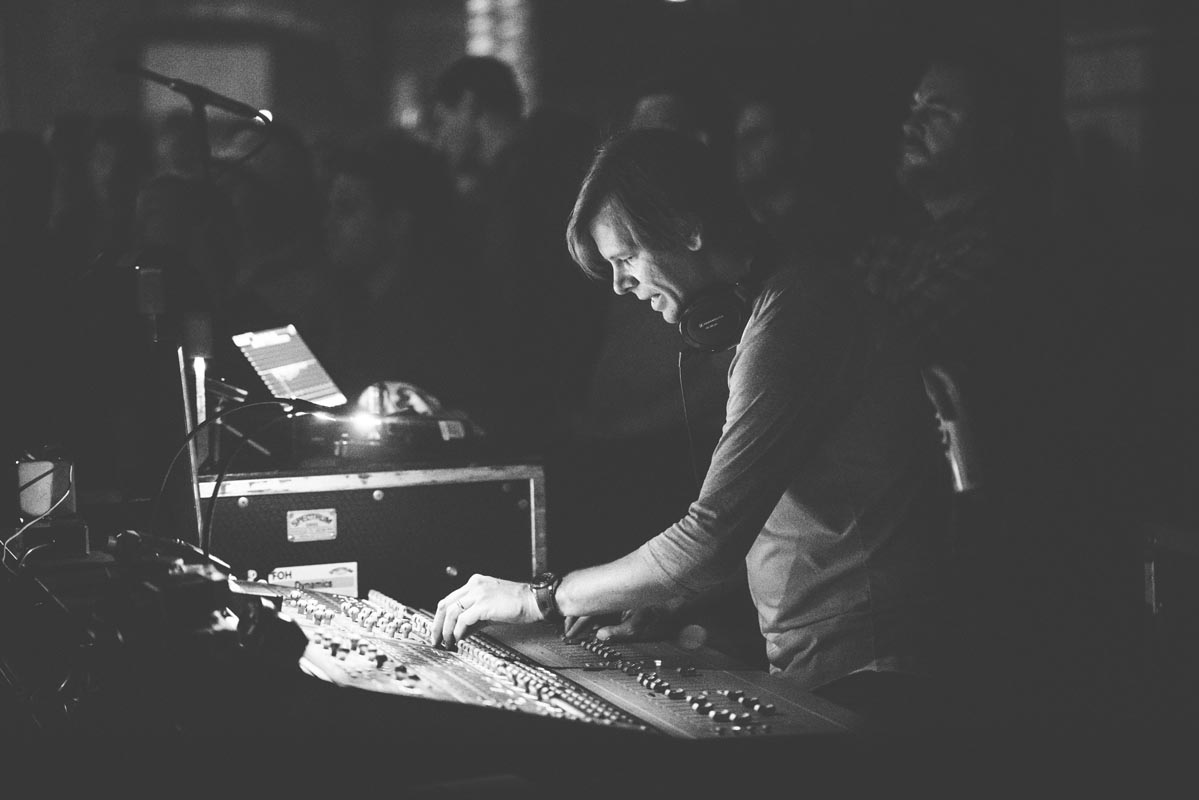 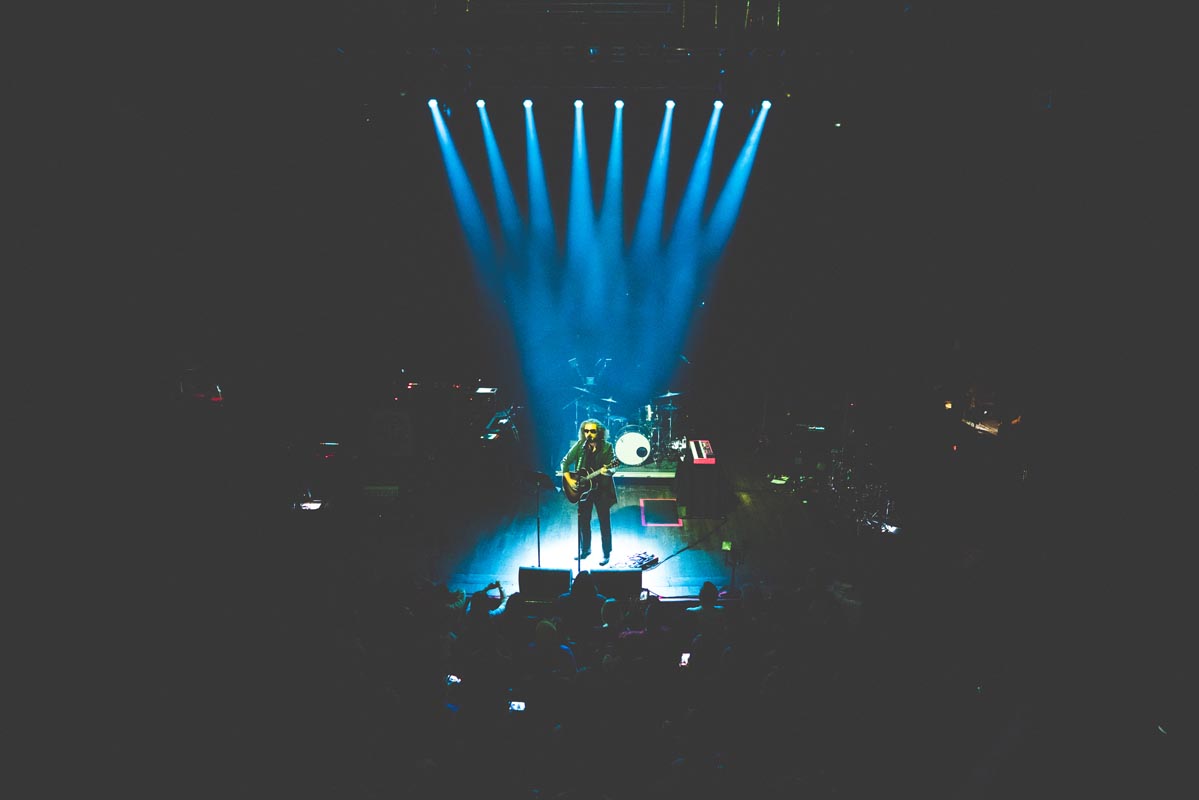 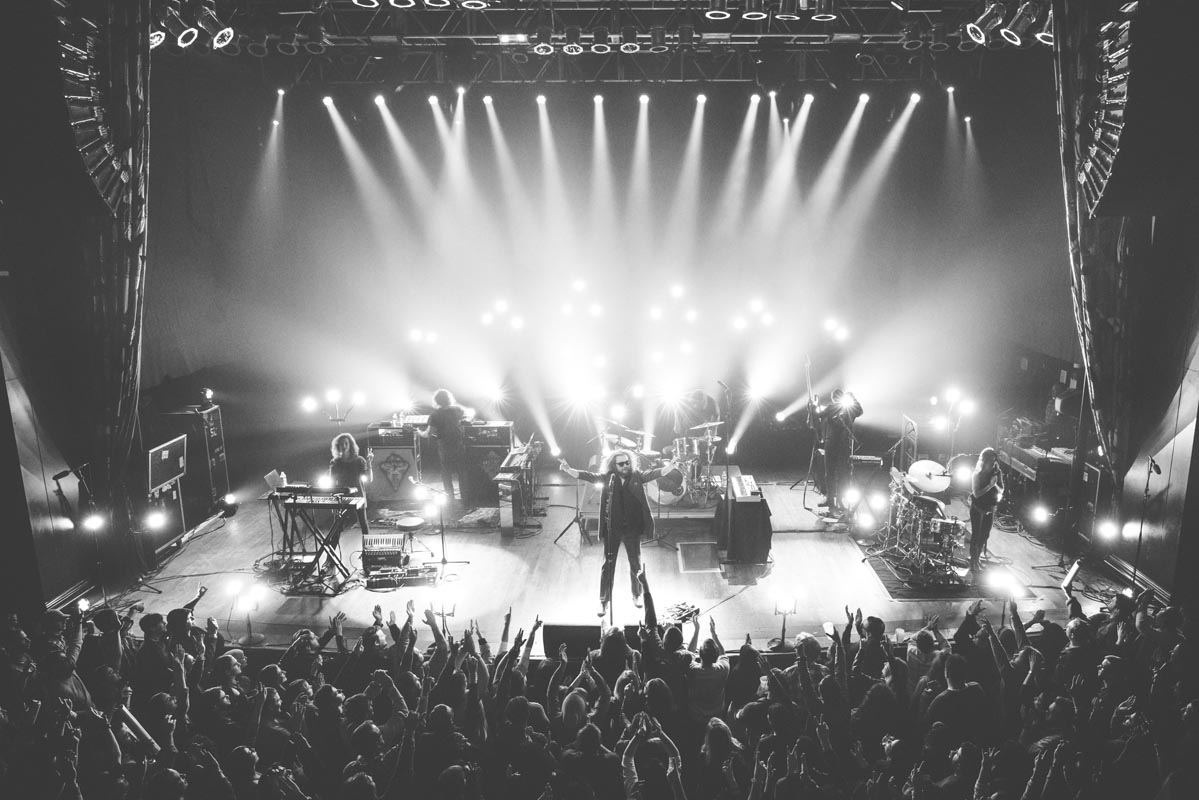 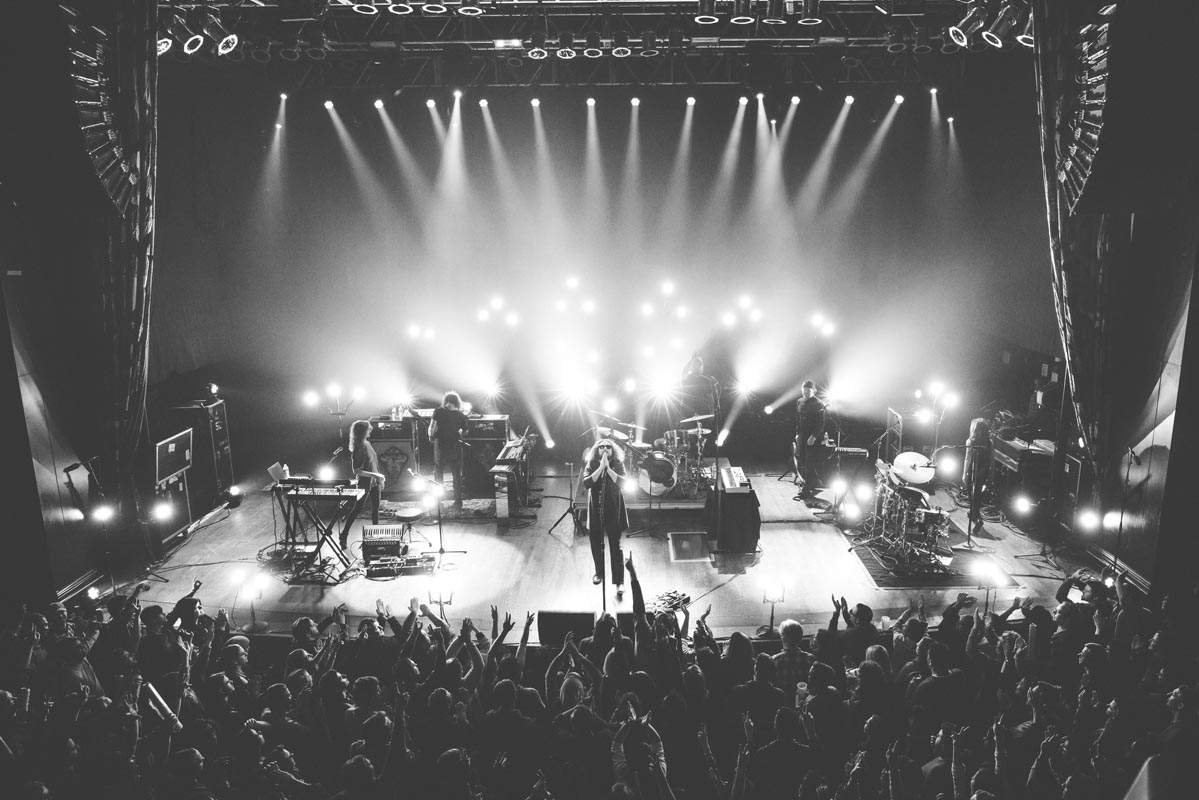 Last Night At The House of Blues In Dallas, Jim James Proved Himself Well Worthy of His Audience’s Complete Trust.

Fans who bought tickets to last night’s Jim James show at the House of Blues should’ve known what they were getting into. Or, more specifically, they should’ve what they weren’t getting — a concert from My Morning Jacket, James’ seasoned band of brothers with a catalog and chemistry nearly two decades deep.

This was just a James solo set, a performance of songs from his latest release under his own name, an album called Eternally Even, and, maybe if you’re lucky, a few older tunes would get peppered in.

It’s an important distinction: Though the acts share the same frontman, these are definitely two different beasts, both formidable in their own right.

And James, even beyond his MMJ resume, boasts one hell of a resume — one worthy of his name being included alongside the likes of the Jack Whites and Dave Grohls of the world, guys who continually crank out new projects that make them money, keep everyone talking and their mug at the top of your social feeds. James has done it all over the years, from forming super groups like Monsters of Folk and The New Basement Tapes to producing Ray LaMontagne’s latest album Ouroboros, which effectively changed up LaMontagne’s sound, and arguably for the better. Regardless your familiarity or fondness of these side projects, respect is undoubtedly due for their perpetual resourcefulness and entrepreneurship.

So perhaps it was a bit of a surprise that James himself had a bit of slow start last night. But as he warmed up, so did the crowd back to him. As the night progressed, so too did his set become all the more convincing.

For the most part, his eyes remained hidden behind sunglasses, and his mic glued to his mouth. Save a few choice moments of hand expressions mid-song, he generally just paced the stage and only used his guitar a few times early on and in the set’s middle portion. Most of the night’s guitar duties were left to his lead backing player, but when he did play, you could only hear that he was noodling something, and leaving his guitar intentionally buried in the rest of the music. Still, like programmed unwavering supporters, the room cheered and applauded after each solo he played, convinced it was good by the authenticity of his body language.

Where James really deserved applause was in the way he conducted his band with military precision, turning away from the crowd and toward his band during instrumentals, with their breaks and swells led by his wizardly, outstretched hands. Like an alchemist of tones, he stirred his cauldron of sonic brew and let it spill over at crescendos. And with his own playing taking more of a backseat in this setting, his lyrics held greater weight. His message was clear and genuine, woven in spirit within dense textures and moving arrangements. And it was there that the heart in the performance could be found.

With minimal lighting and only the occasional direct light on James’ face,  that sound was fittingly placed front and center in the sensory spectrum of the show — a factor improved by James’ sound engineer blessing the room with an full and accurate mix of the band, even if that mix could’ve benefited from a more articulate and warmer lead vocal. Along similar lines, the vocal effects signature to James’ new album were not always present in the mix: On opening song “Hide In Plain Sight,” James’ vocal doubled an octave lower on album — and effort not even attempted live, despite the House of Blues sound system’s obvious horse power and fidelity.

The older crowd in attendance seemed not to mind this much, though. Rather, as the night pressed on, the setlist jumping back and forth between his first and latest solo albums (and pairing and contrasting well, like different chapters of the same book), the crowd’s applause increasingly slowed to silence instead of abundant roars of encouragement. With hangovers looming and babysitters to be relieved, downward-pointing faces lit up as they check to see who saw their Snaps and whether their Uber pickups approach.

Was it a memorable showcase? Sure, there were some exciting moments, the most of which came in the intimate encore. “Changing World,” almost mercifully, encouraged this crowd to finally put its phones away. Later, “Down at the Bottom” offered the most convincing vocal performance of the night. And the night-ending rendition of “State of the Art (A.E.I.O.U),” too did its job, enticing more than a few in attendance to make a stop by the merch table on their way out the door.

Mostly, the night seemed representative of the fight an artist faces when dealing with an established fan-base and a new record to promote — one just a week or so old, in this case. But the new material, thanks to James’ well-established showmanship, fell onto receptive crowd in this setting.

New songs being pushed or no, this crowd was here for James. In some ways, whatever set list he gave them didn’t matter at all. No, he’d rightly earned this audiences’ trust albums ago.

Words and photos by Cal Quinn. You can find more of his work here.