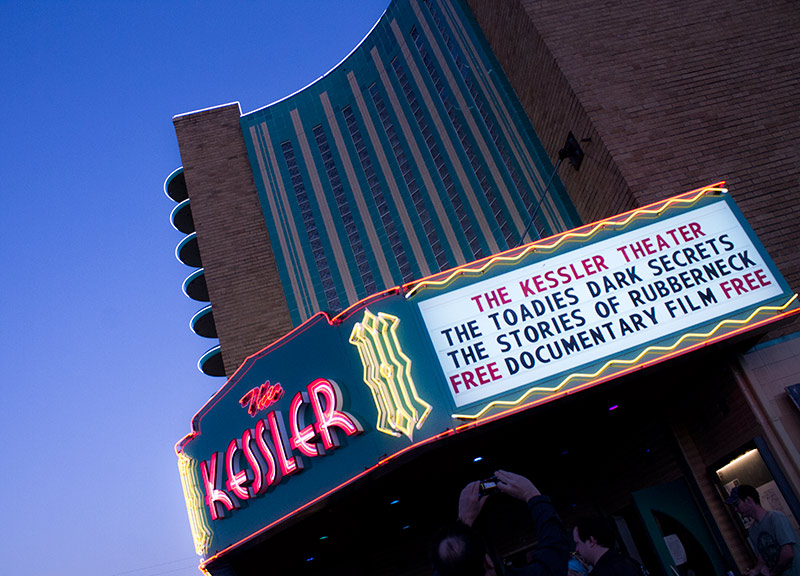 On Monday, Finally, We Got An Answer To The True Meaning of the Toadies' Possum Kingdom.

Not sick of the Toadies just yet? Well, you might start to be in the coming weeks and months.

And, really, the band itself might not even blame you.

The band's certainly not lacking things to promote heading into this summer: There's the 20th anniversary reissue of Rubberneck, the band's debut and breakthrough LP; there's the debut of their new beer, courtesy of Martin House Brewery, called Rubberneck Red; there's the band's upcoming appearance at the Homegrown Festival, where they'll play Rubberneck from front to back; and, of course, there's Dia de Los Toadies, too, which is this year set to go down at Fort Worth's Panther Island Pavilion on September 12 and 13. And, surely, this is all just the start.

Or rather, this was: On Monday night at the Kessler Theater, the band and its fans, with just a few days' warning, gathered for a free premiere screening of the new documentary from the band's guitarist (and Emmy-nominated editor for his work on Project Runway), Clark Vogeler.

Compiled from eight-plus hours of footage shot by original Toadies bassist Lisa Umbarger during the band's initial Rubberneck recording sessions in Northern California, the 24-minute film offers never-before-seen footage of the band in its earliest phases and features commentary from frontman Vaden Lewis and drummer Mark Reznicek on the backstory for each and every one of the album's tracks. It's a quick, rather breezy and undoubtedly insightful watch — especially if you've ever been curious as to the inspiration behind the band's biggest song of all, “Possum Kingdom,” which, for the first time ever, is herein revealed. (Hint: You've got to listen to another Rubberneck cut, “I Burn,” beforehand.)

The whole event was revealing in that regard, actually. After the screening on Monday night, Vogeler, Reznicek and Lewis were joined on the Kessler stage by the Dallas Morning News' Robert Wilonsky for a brief discussion about the documentary and the album it celebrated. Lest anyone ever doubted the Pixies' influence over a young Lewis' writing style, he confirmed it in that talk: “That was just everything,” the frontman said of his discovery of that band during his time working in a Fort Worth record store as a teen.

Also unveiled in that discussion: The band is working on some new material and also plans to release a new album — possibly even this year — featuring re-imaginations of its previously released material.

Mostly, though, it was a fun and relaxed time — the kind of atmosphere one's not likely to see surrounding the band for the remainder of 2014, that's for sure.

Below, check out some photos from the evening. But, most important, go give the clip a watch here on the DMN's site, where it's currently exclusively being housed. You'll be all the more knowledgeable a North Texas music nerd for doing so, promise. 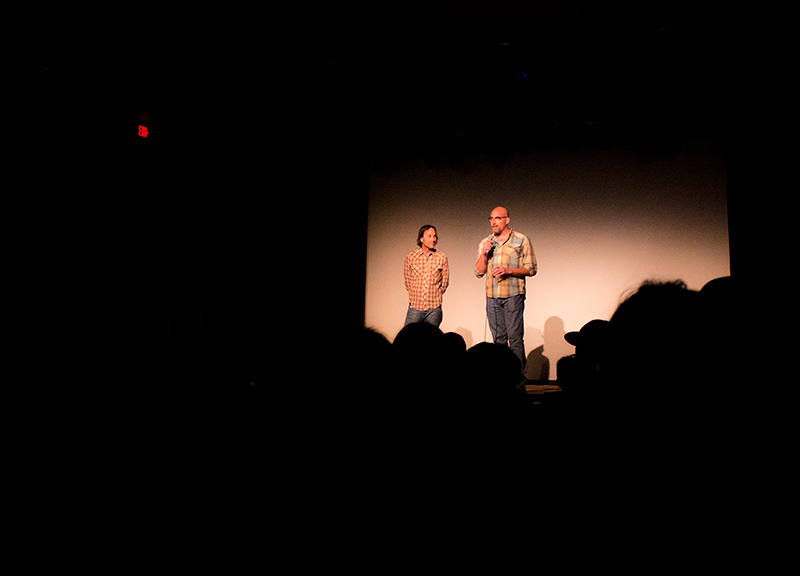 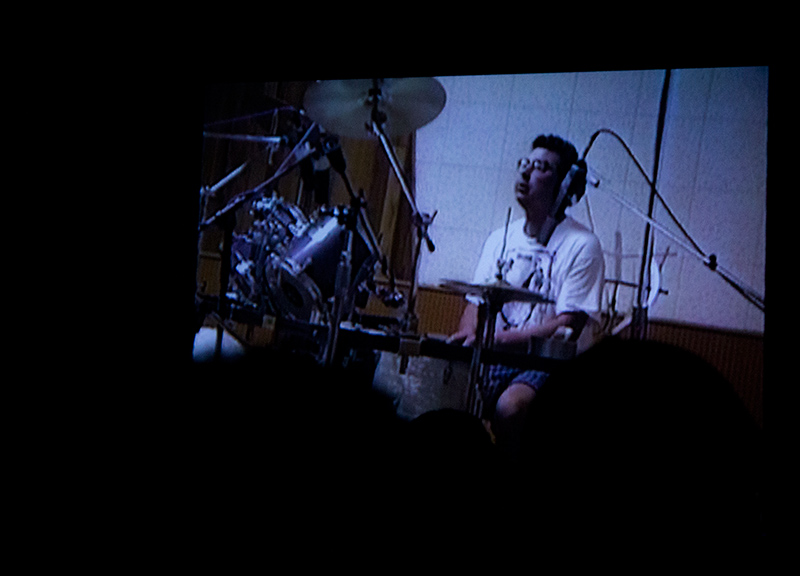 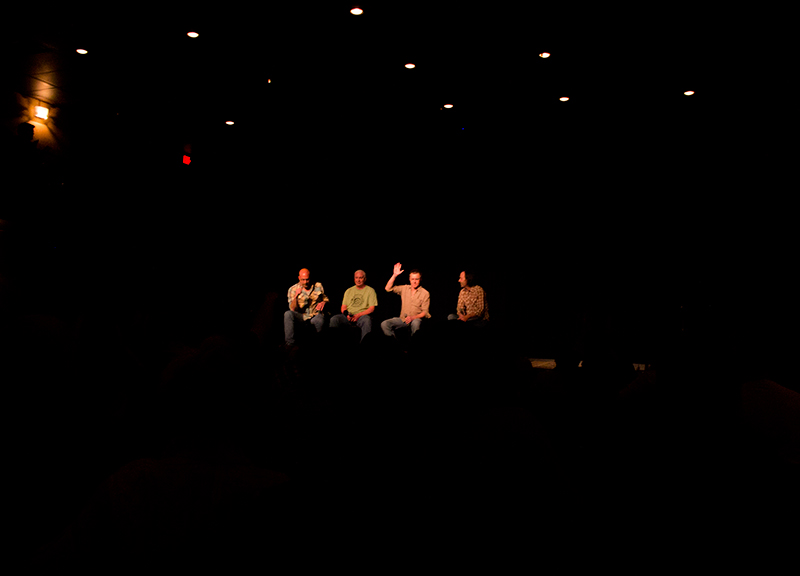 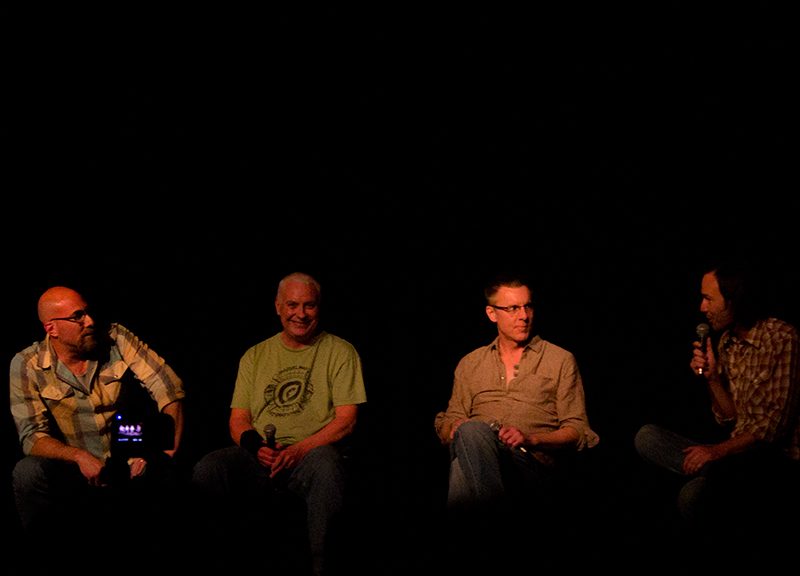 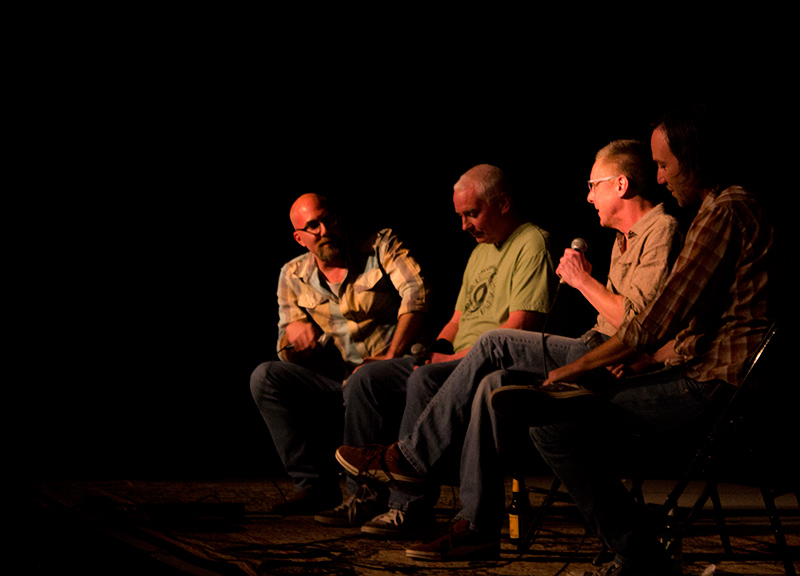 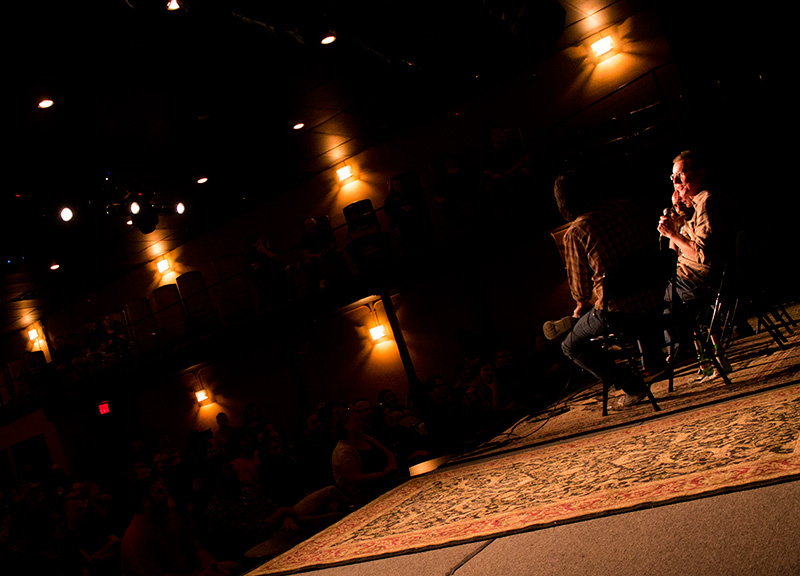 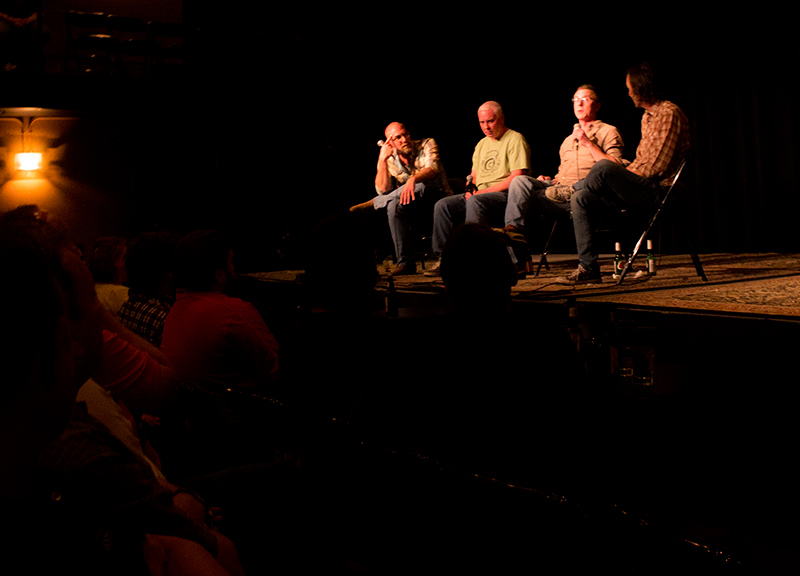