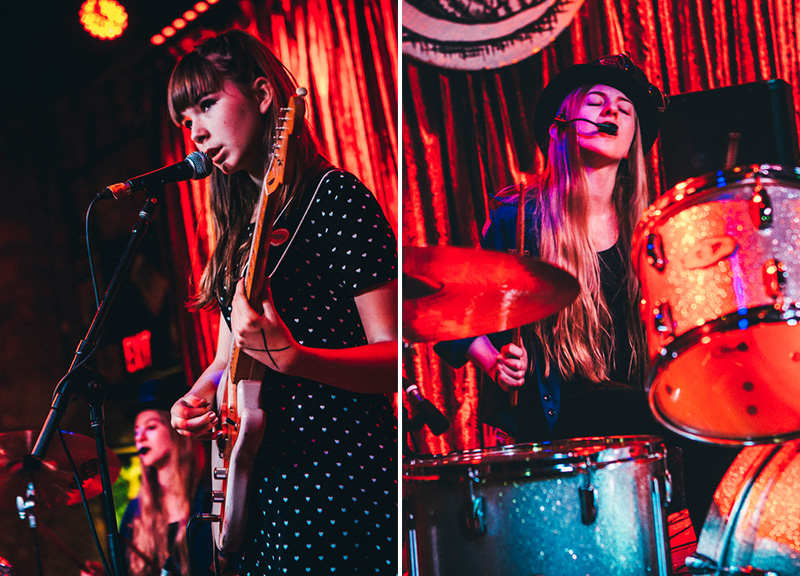 For going on 17 years now, the comic book-influenced Japanese punks known as Peelander-Z have been throwing the same party. And in no way is that depressing — because, as last night's offering from the band at Three Links once again proved, people keep showing up. Better yet: They have a great time once they do.

It's impossible not to: A Peelander-Z show is clearly a spectacle, with the three-piece's members' Power Rangers-like get-ups barely even even scratching the surface of the depths of hysteria that are displayed. Boasting about as linear a narrative as a Japanese game show, with Peelander Yellow serving as the Mad Hatter-like master of ceremonies, the show includes everything from jump-roping and improvisational instrumentation (tin bowls are killer for percussion, clearly) to stage-diving and cue card-assisted shoutalongs.

Of course, it's not all antics: There's a case to be made that the band's “So Many Mike” song is about as solid a criticism of American culture as exists. And Peelander-Z deserves plenty of acclaim for the way it supports younger bands, too: At each tour stop, the band goes out of its way to invite a young local band to open its show; on this night, that meant the night's opening slot went to the young School of Rock-sprung two-piece Pretty Little Demons, who set the table for the always-lively Party Static before Peelander-Z took over.

But, yeah, it's mostly antics. And, thankfully, Karlo X. Ramos was on hand to capture it for us all to relive again today. 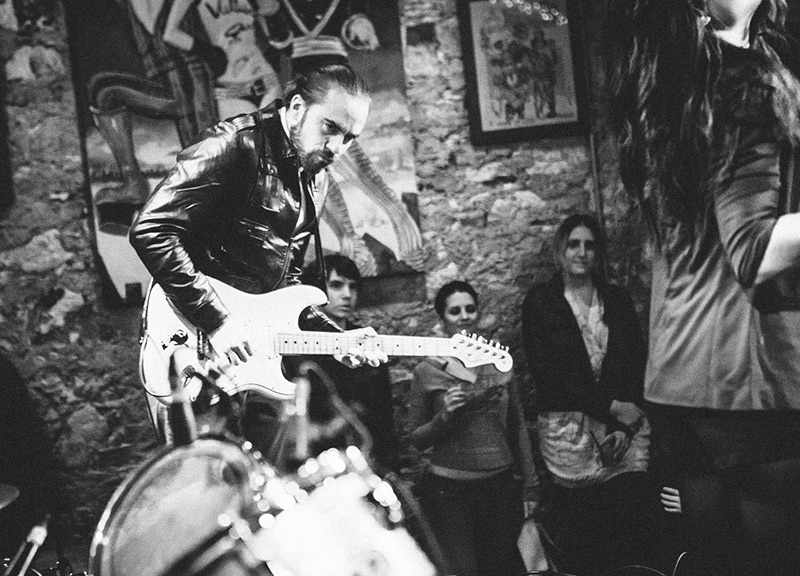 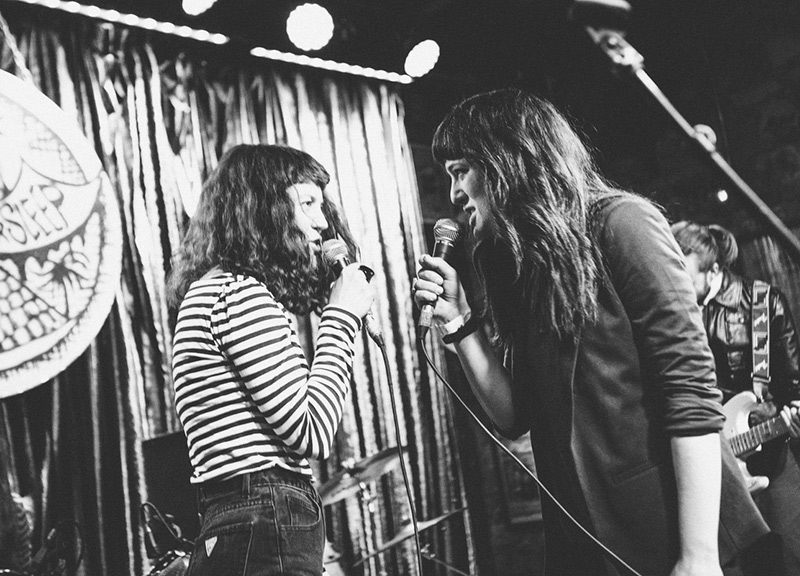 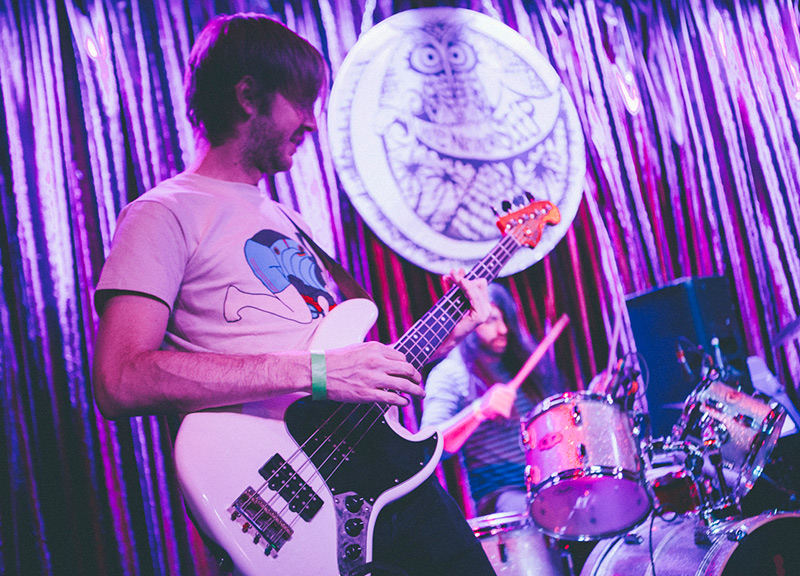 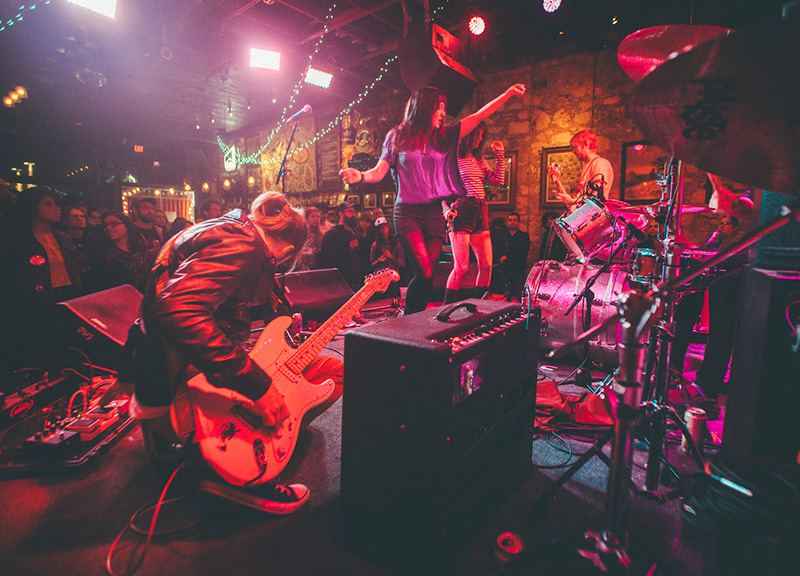 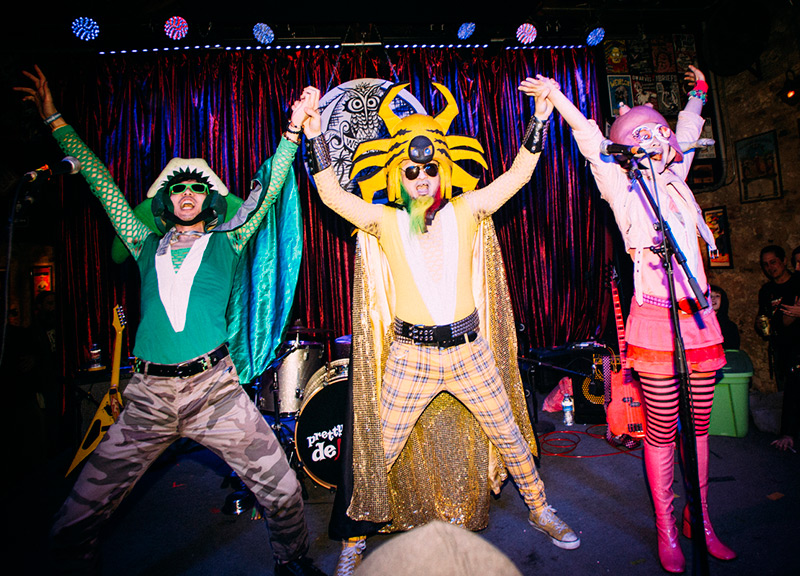 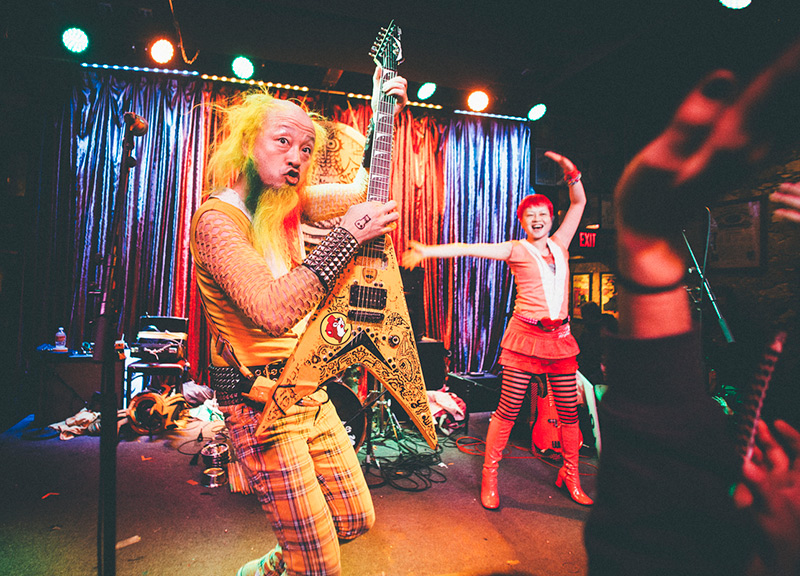 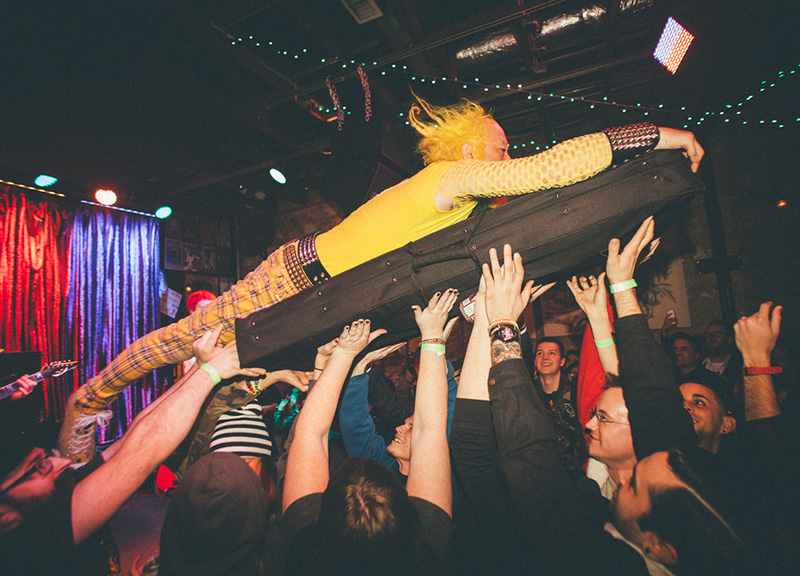 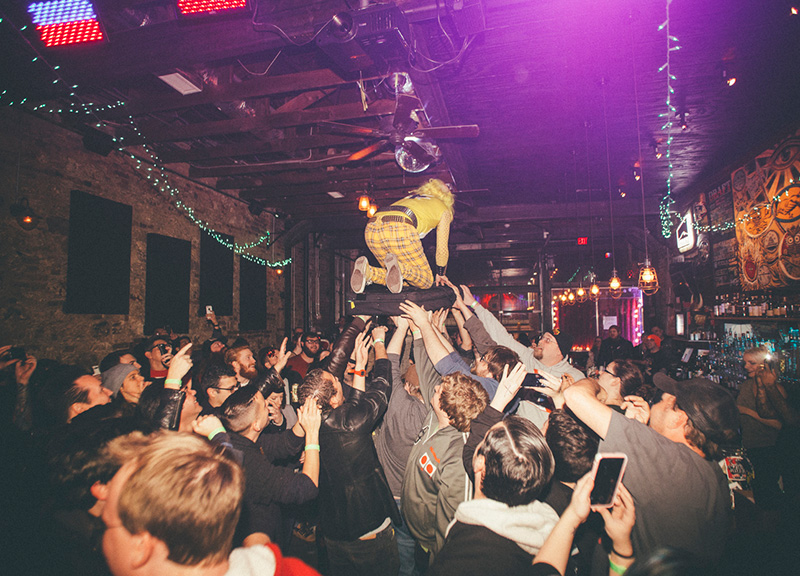 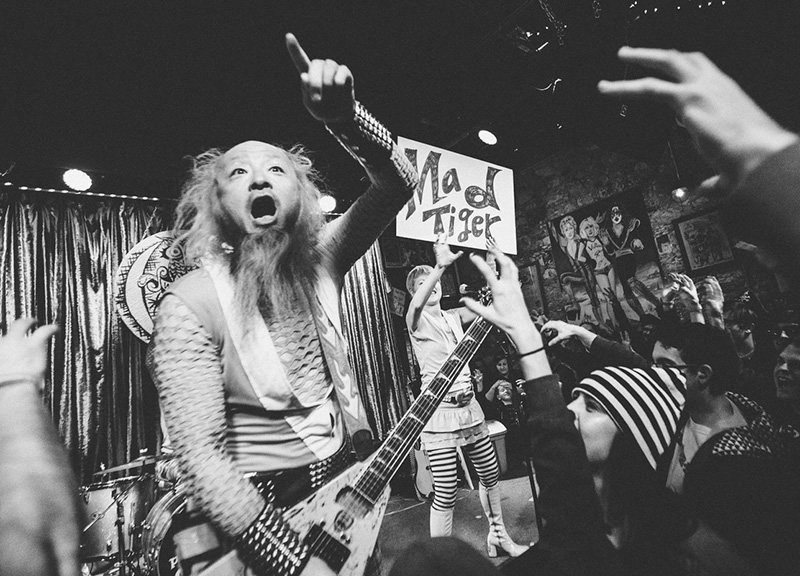 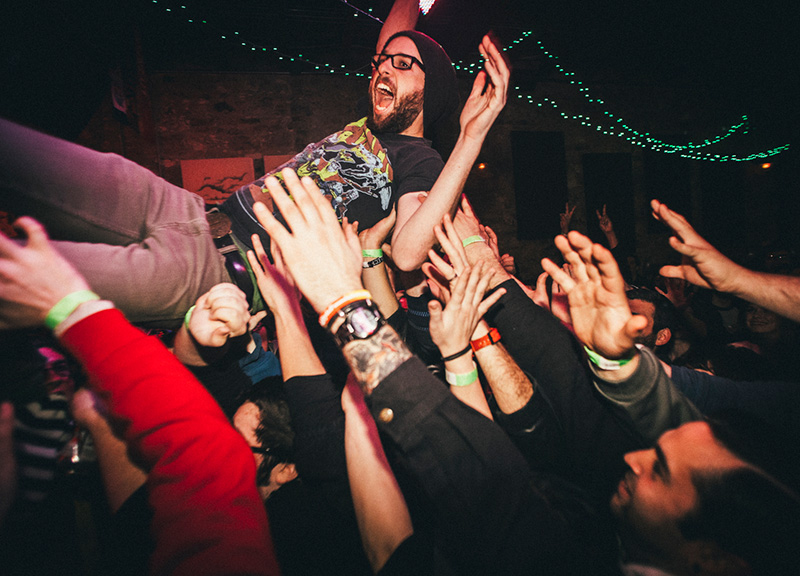 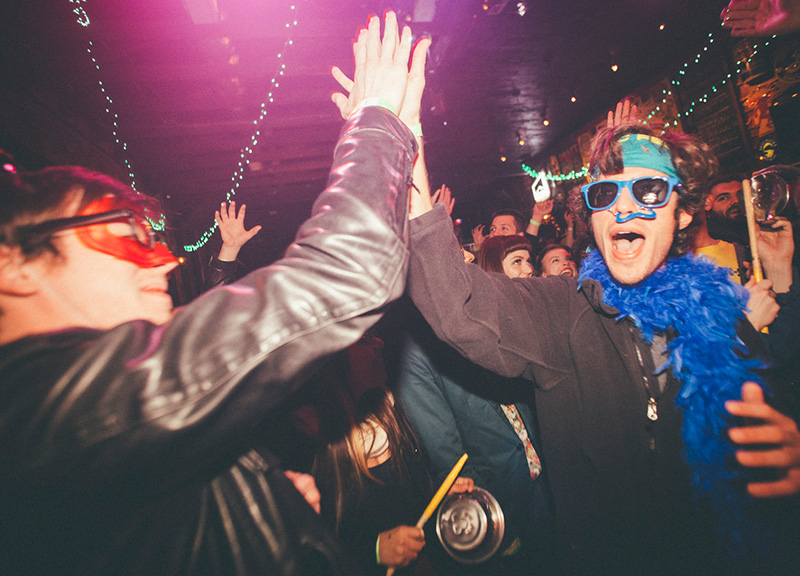 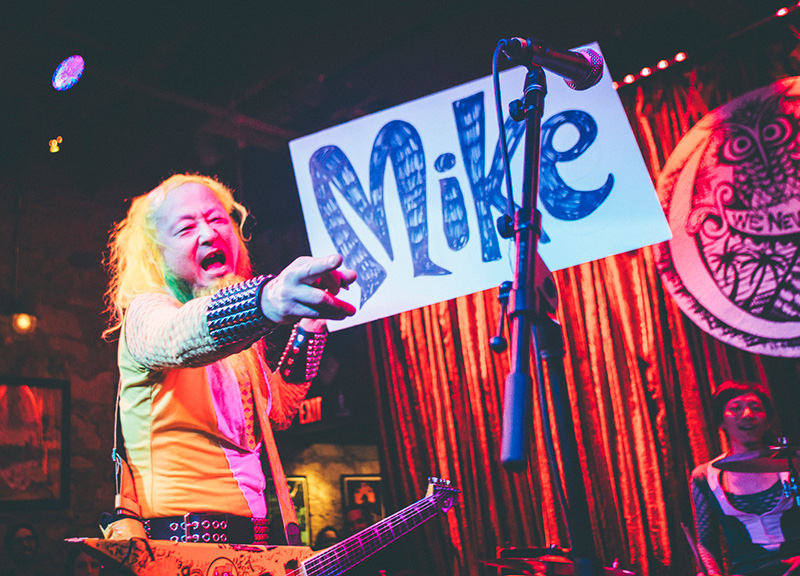 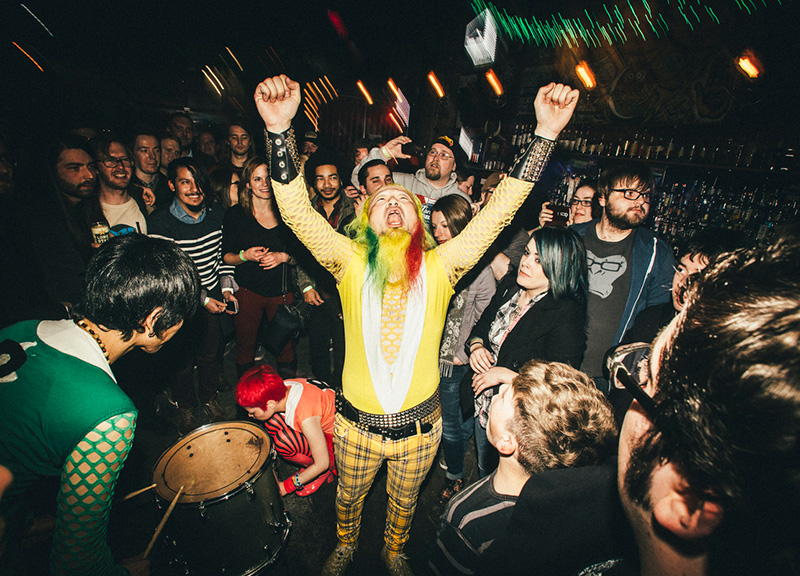 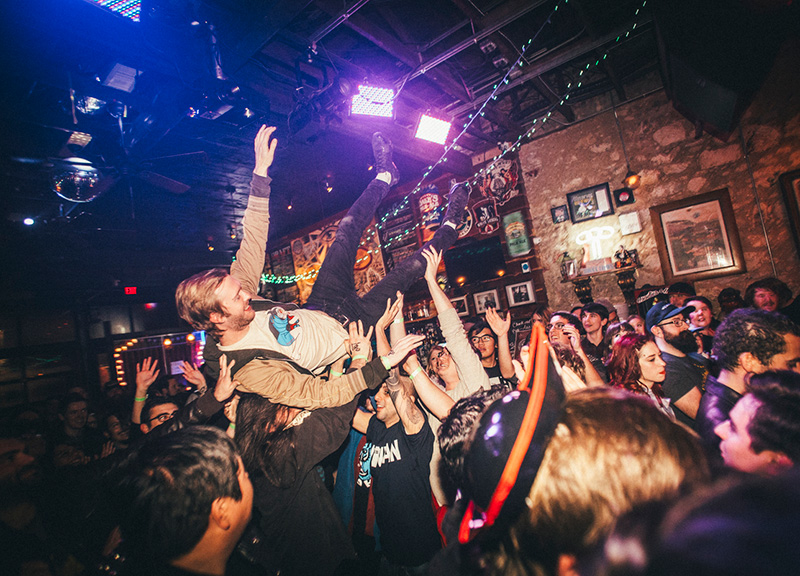 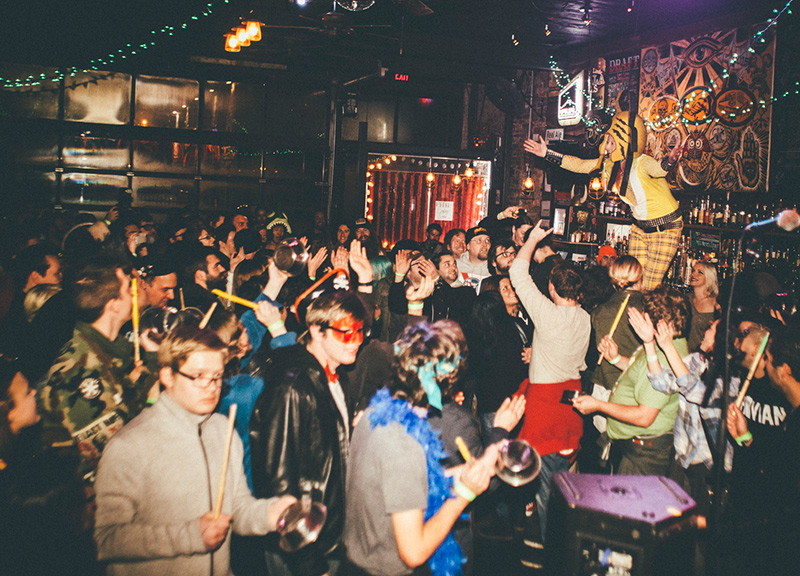 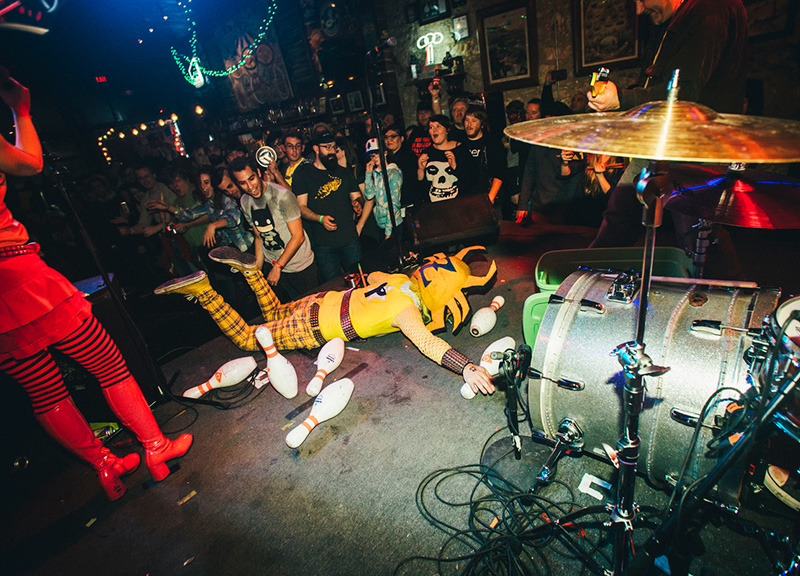 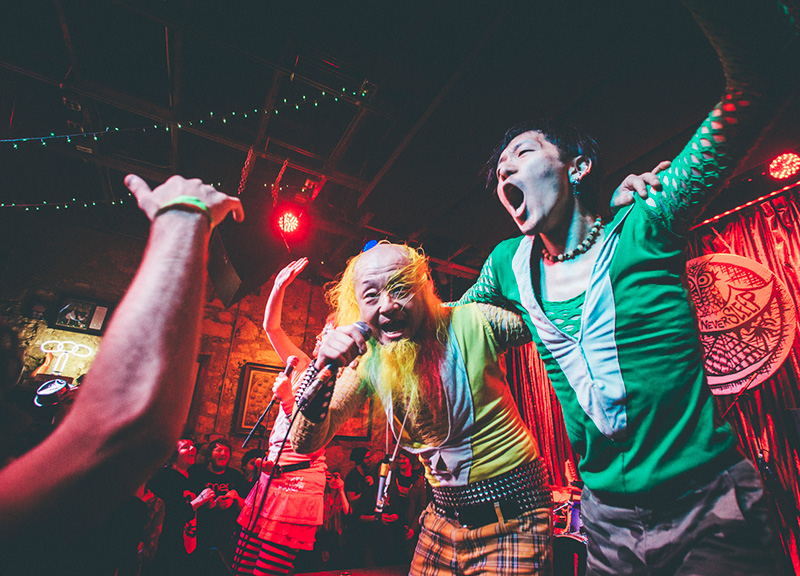 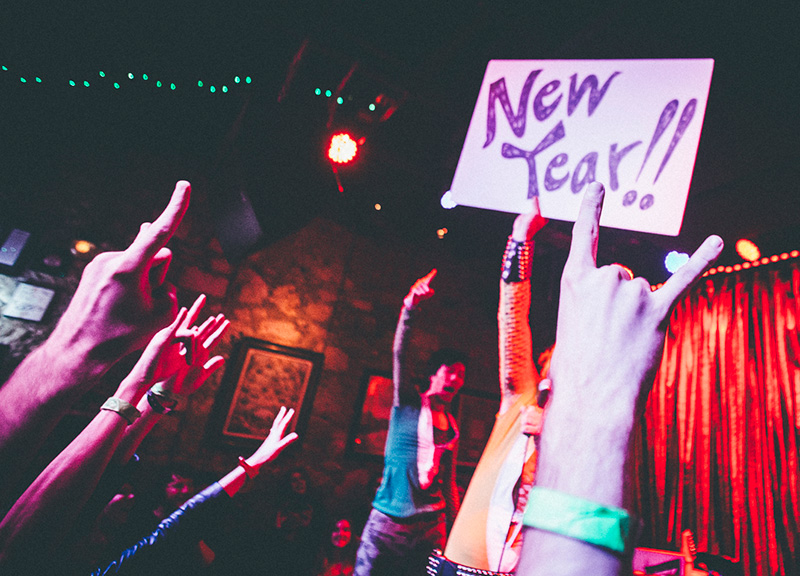