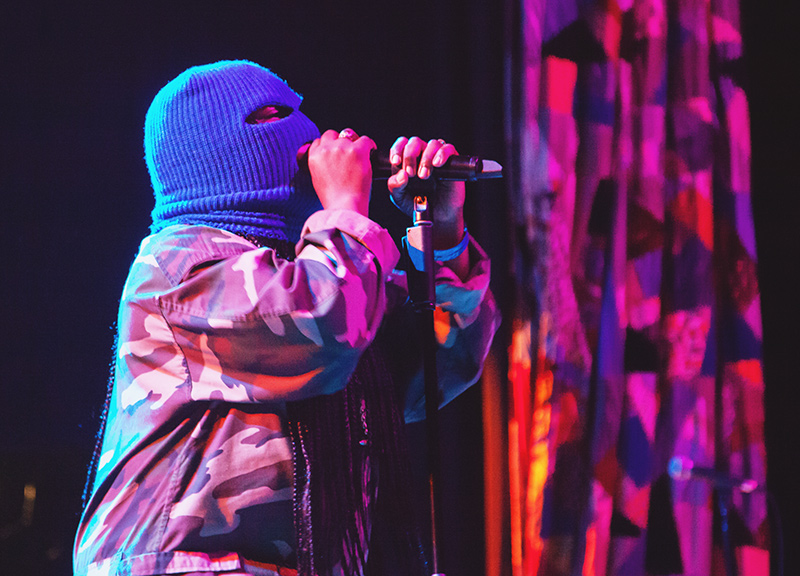 Santigold Openly Questioned Consumerism At The House of Blues In Dallas Last Night.

The $12 soap for sale at the merch table out in the hallway of the House of Blues has a bright “99¢” logo on it — the same mark and title of Santigold's latest album.

It feels a bit like we're being punked as consumers.

Inside, the venue itself is starting to fill up on the ground floor when, suddenly, a booming bass fills the venue. Wearing a colorful ski mask, Brooklyn artist Leikeli47 opens the night with uptempo dance beats and energetic rhymes. And, despite being hidden behind the mask, you can tell: She smiles more often than not. In turn, her crowd gets hyped up sufficiently for when, after a handful of tracks, the curtains are drawn and the stage is prepared for Santigold.

Here's where the night starts to feel like everyone in the audience is part of a social experiment. When Santigold takes the stage, her backdrop is a large projection screen displaying miscellaneous, well… bullshit, mostly. There are images of cell phones, fast food items, rabbits, kittens, grocery store aisles, things on sale for 99¢.

Santigold's back-up dancers, all dressed in the same get-up as one another, start their part by drinking Gatorade through straws and eating Cheetos while relaxing in inflatable plastic seats. Santigold, standing apart, is wearing a yellow dress that says “WE BUY GOLD,” which seems a bit meta, considering everyone in attendance purchased a ticket to see her in concert.

It's well-done performance art. But it leaves one wondering: “Do I buy the $12 soap?”

Maybe taking into account that Santigold has long said that her favorite band is Devo, a pop group known for their stage shows and satrical social commentary, provides the answer to that question. 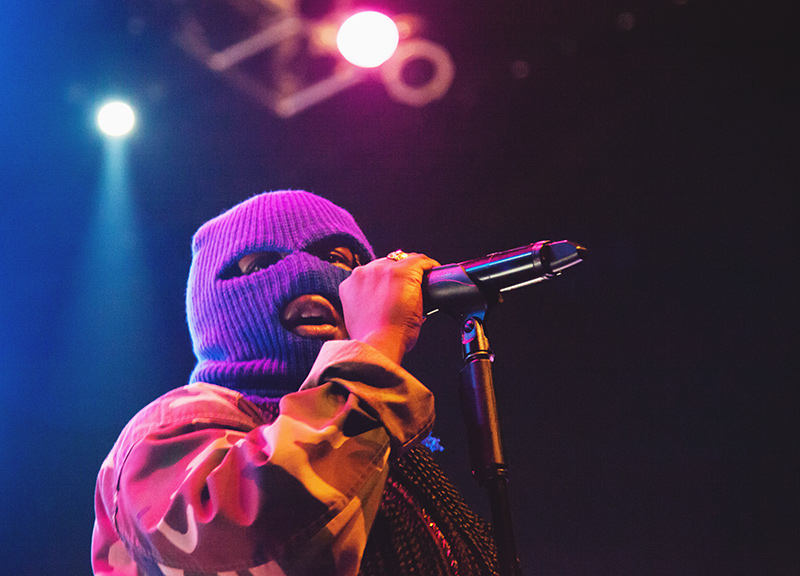 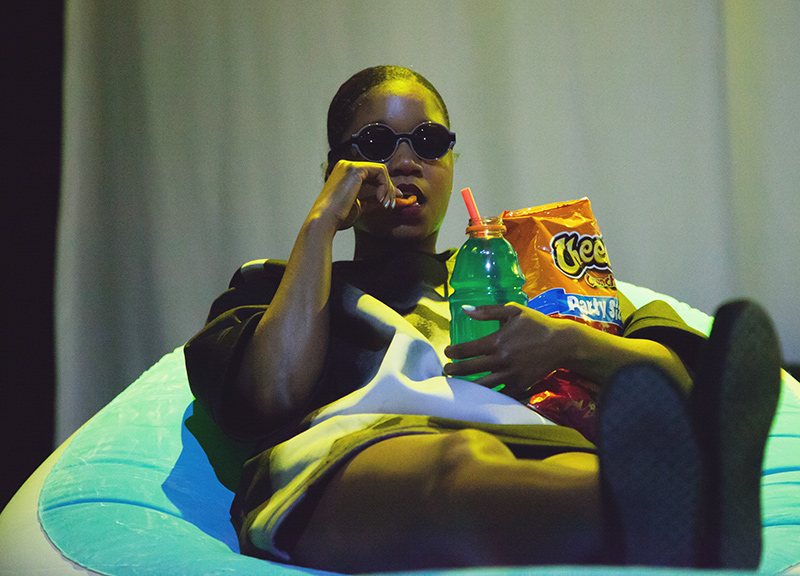 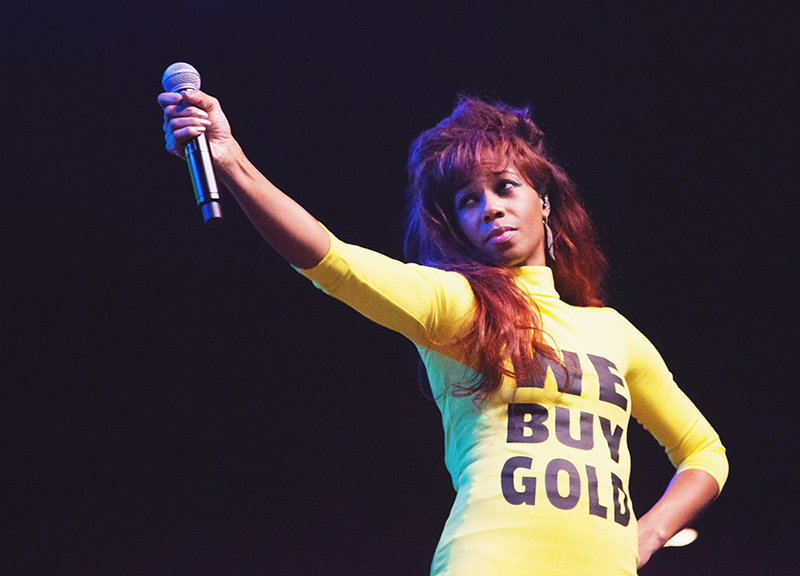 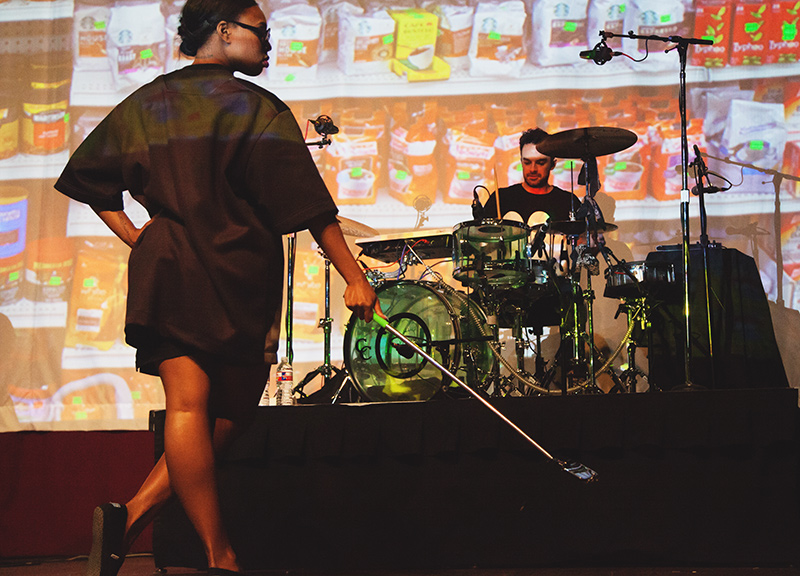 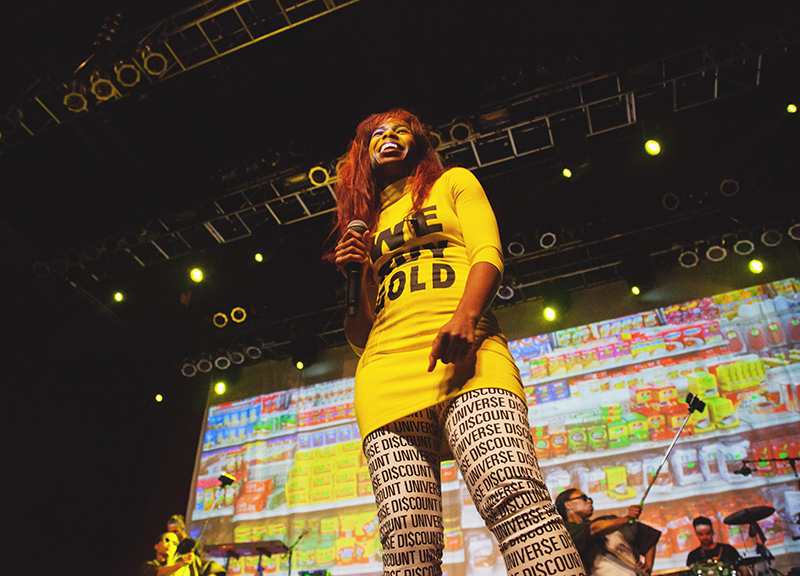 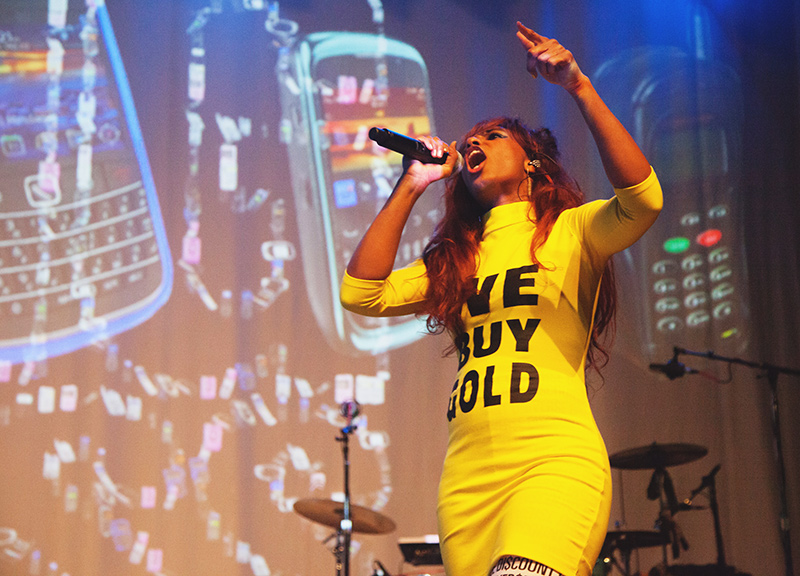 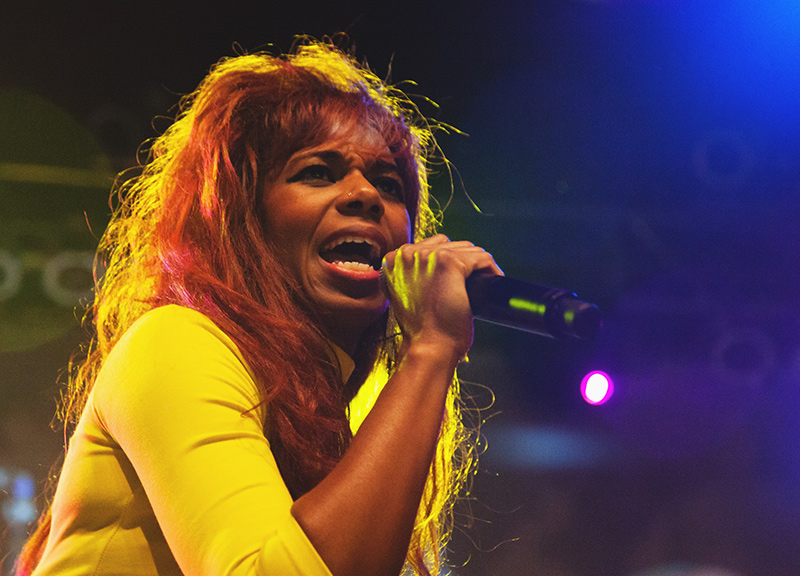 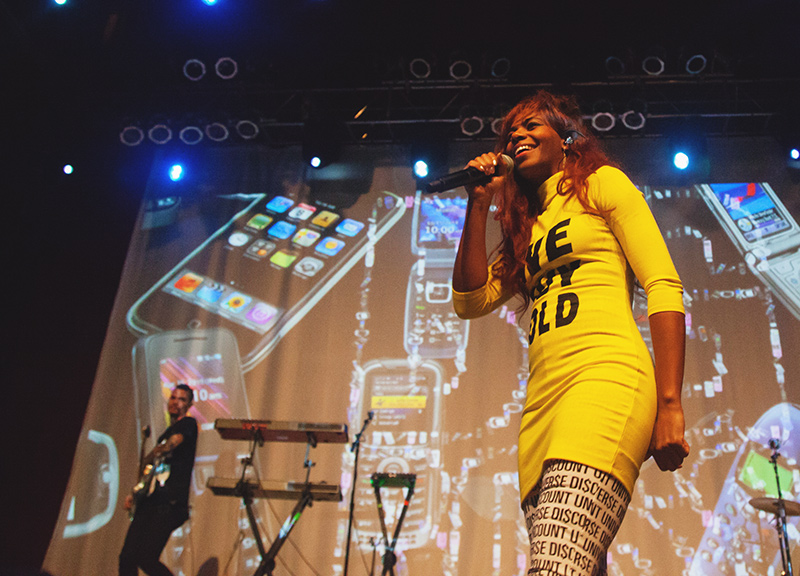 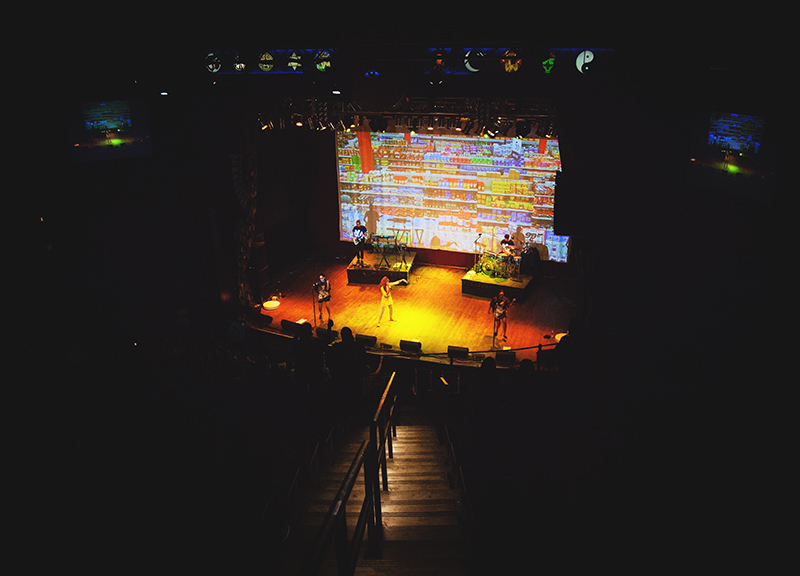