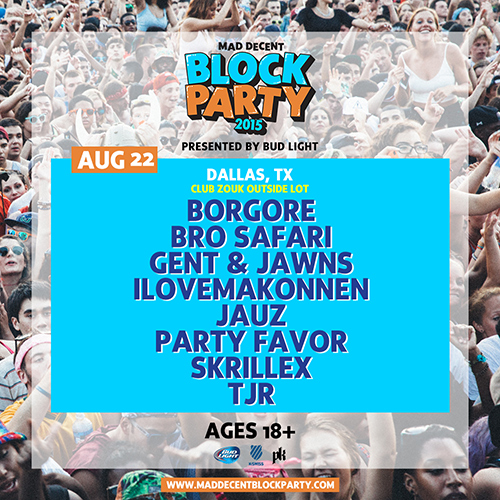 So this Skrillex guy — maybe you've heard of him? — is a pretty decent dude to book to a festival, turns out.

Dallasites know this quite well, given recent history. At this past winter's Lights All Night festival, even amidst a crowded bill, the dubstep icon turned in one of that celebration's more infectious and memorable sets. And at last summer's Mad Decent Block Party in Downtown Dallas, he too shined bright, teaming up with Mad Decent label head Diplo for that touring fest's sole live offering of their collaborative JackU project.

Just this past weekend, meanwhile, Michiganders learned for themselves what we Texans have long known, realizing how fun a score Skrillex can be for a fest when, out of nowhere, Tdude joined String Cheese Incident on stage for a surprise Electric Forest jam sesh.

Yes, the man born Sonny Moore clearly knows how to ensure a good time. Which makes this just-announced news all the sweeter: When the Mad Decent Block Party returns to the Downtown Dallas lot outside of Zouk for the third straight summer on Saturday, August 22, it'll do so with Skrillex atop its bill.

No doubt, this is big news for those who'd previously purchased early-bird tickets to the 18-and-up deal. But it's good news for everyone, really, as, for a limited time, the fest is keeping its ticket sales at the current $40-per-ticket rate, with VIP packages (express entrance, separate viewing areas, separate bars) starting at $75.

You can score your tickets here.

Oh, and before you ask: Yes, peace, love, unity and respect is included in the cost of admission. 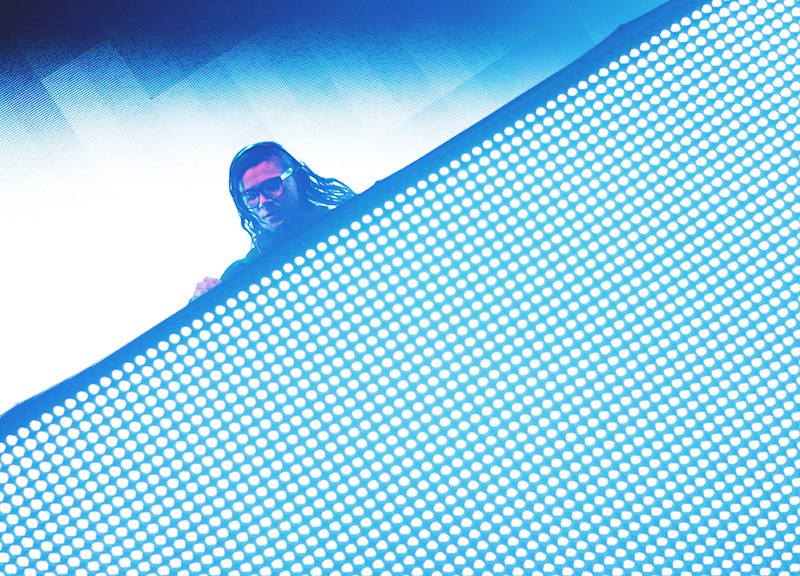