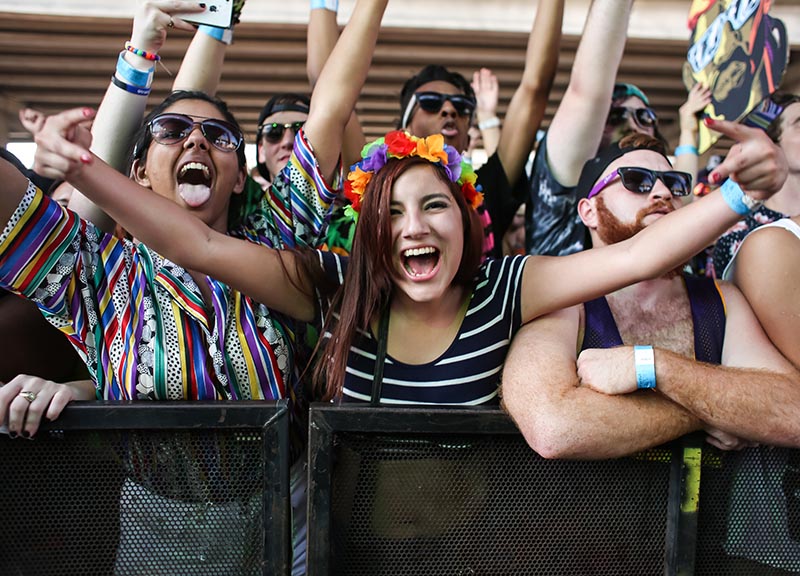 Just catty-corner from Zouk nightclub, thousands upon thousands of half-clothed, neon-fitted partygoers gathered under the Woodall Rodgers Freeway. They came for a party — the Dallas edition of the Mad Decent label’s 2013 touring Block Party, headlined here in Dallas with a set from label head Diplo’s own Major Lazer.

It would prove an epic experience in the end, but like most parties it started slowly as the crowd settled in and started getting comfortable.

THE FANS OF 2013 MAD DECENT BLOCK PARTY: DALLAS! // Check out our Facebook album for crowd shots.

As the crowd did that, its members took in the scene around them: The parking-lot-turned-party-grounds featured more than an impressive stage rigged to the T with a top-notch light setup and sound equipment; attendees could also cool down in a mist station, relax with some games of lawn Jenga or giant Connect Four, or even snap some photos in a booth full of props.

But as the day progressed and the meat of the lineup began — most notably with Flosstradamus a little after 5 p.m. — all eyes were on the stage. That’s no surprise considering the attention that one half of Flosstradamus, J2k, commanded while he performing. As his partner Autobot carried the technical load, J2k worked the crowd into a frenzy, dancing on the DJ table and hopping to and from each corner of the stage, even posting up along the barricade with the crowd and showering them with water.

The water was much welcomed: With temperatures well over 100 degrees, Mad Decent organizers were on top of the ball, making sure attendees who were packed in the front of the crowd stayed as hydrated as possible by consistently rotating security members with the task of handing out bottles of water and even just spraying the crowds down.

Safety was an obvious precaution taken at this event. Along with droves of security guards walking about, emergency responders made the rounds, too, keeping an eye on the scene.

There were still frustrations, though: After Flosstradamus’ set, a bit of confusion went through the crowd when Action Bronson proved to be an apparent no-show despite no official announcement from organizers, but rather the simple adjustment of longer set times for Baauer and Dillon Francis. That move, though disappointing, ended up however proving the rapper’s absence negligible.

Still, much of a draw as any act that came before Major Lazer was, none could compare to the party that headliner would bring. The anticipation was palpable: As the sun set and a white curtain was draped across the stage while props were put in place, the crowd yearned for Major Lazer to take the stage with chant after chant.

Finally, after the curtain dropped and the trio of Diplo, Walshy Fire and Jillionaire took the stage, there wasn’t a moment’s disappointment to be found throughout the next hour and a half. Tossing out whistles and cardboard cutouts of Diplo’s facewas only the start of the performance. Next, while accompanied by two dancers on stage, the group sprayed the crowd with hoses of cold air, launched mini-confetti cannons, bombed the audience with colored powder, assembled a twerk team and crowdsurfed both in the traditional sense but also, at least in Diplo’s case, in a hamster ball. All this, meanwhile, as they ran through Major Lazer’s most beloved cuts and mixed in just about everything else under the sun.

Anyone who didn’t have fun at this one must’ve actively been trying not to. 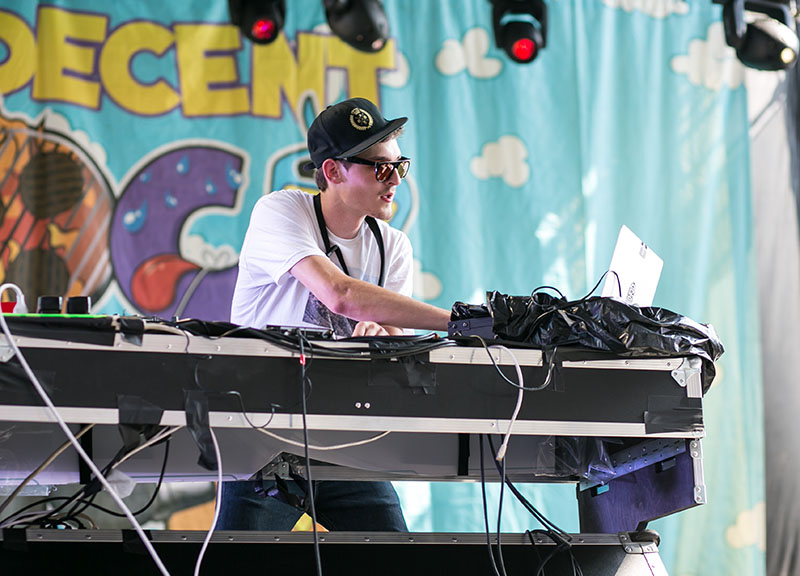 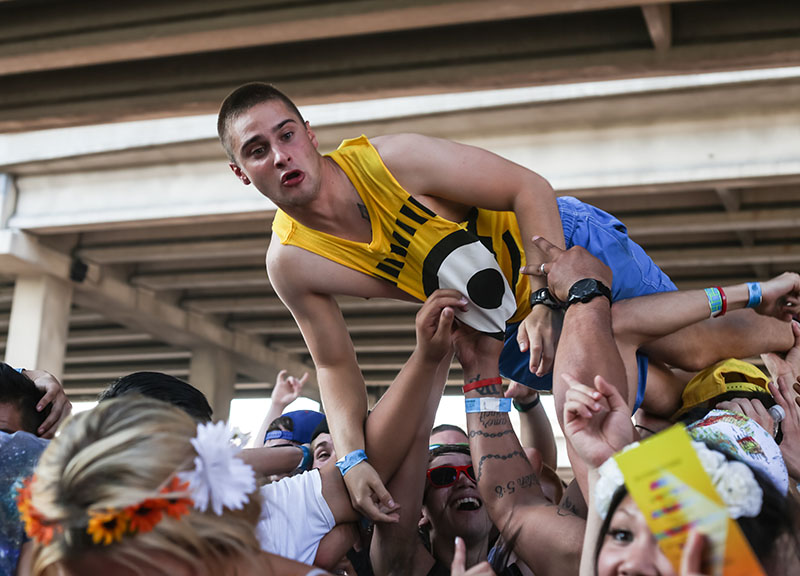 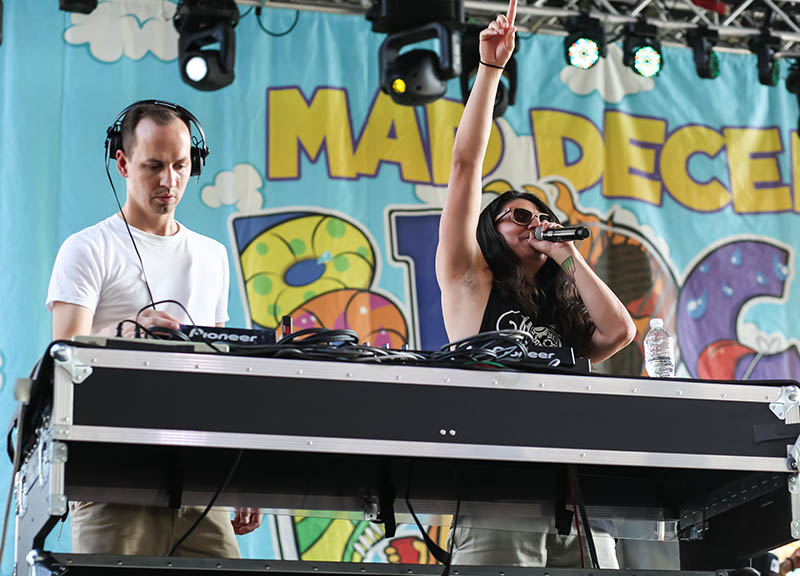 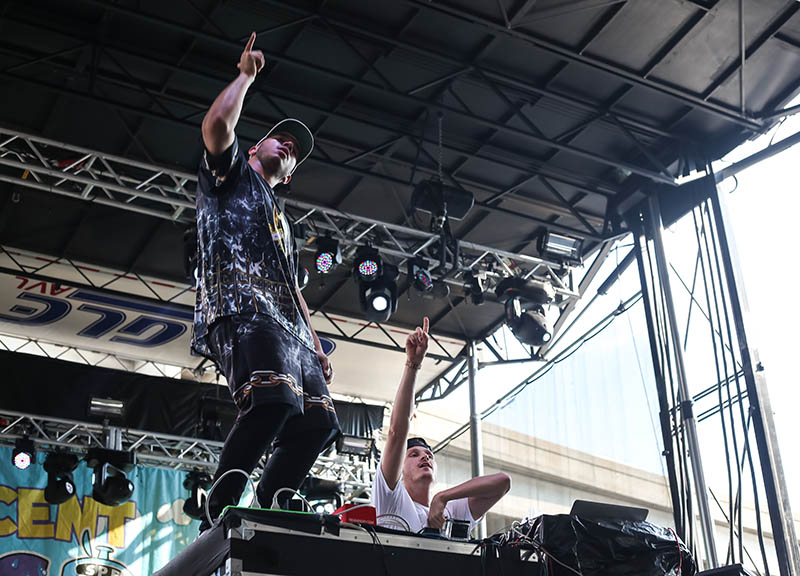 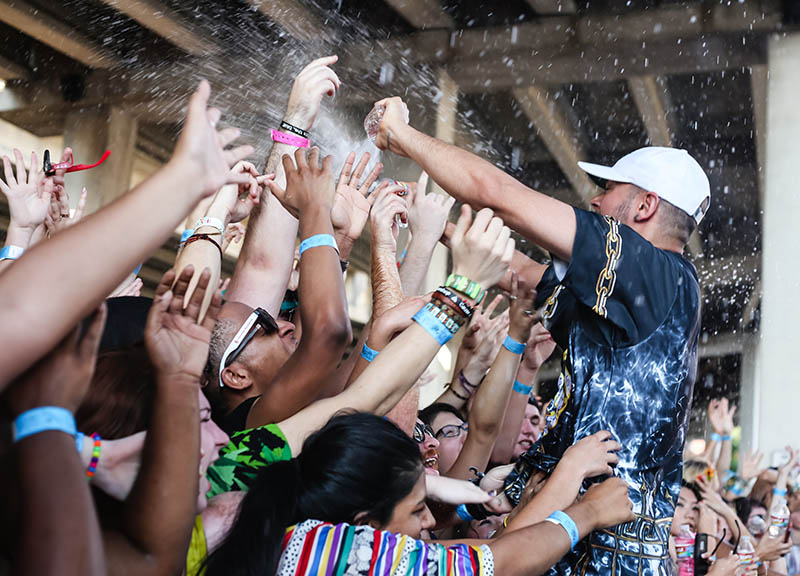 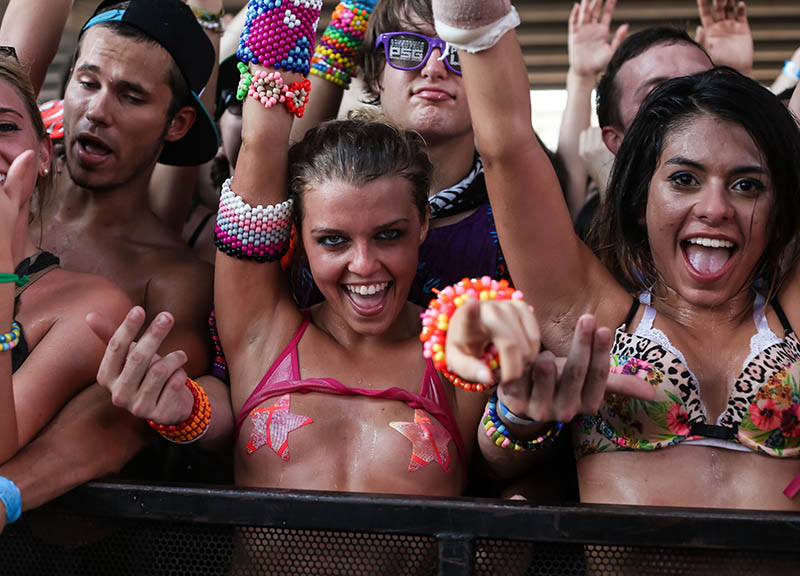 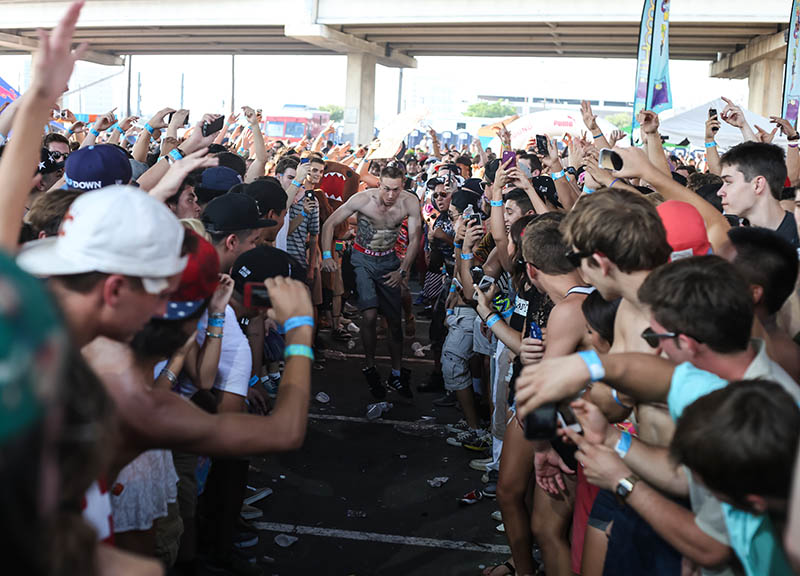 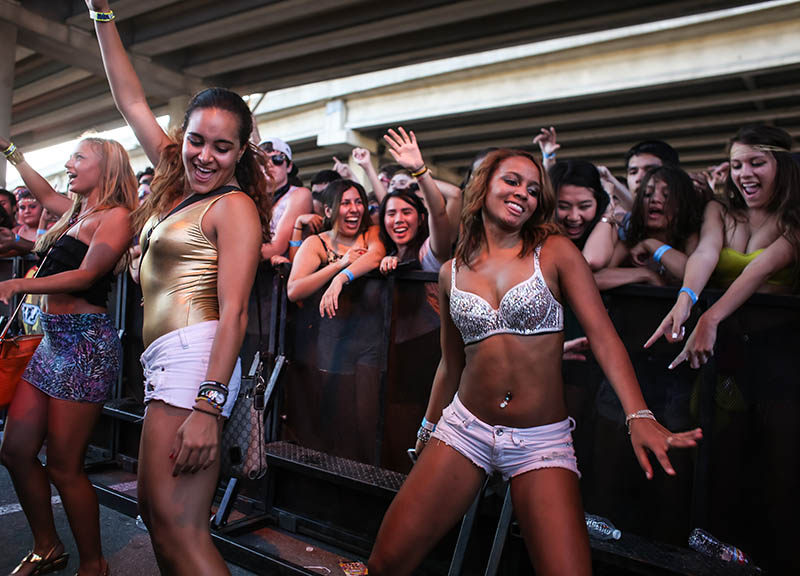 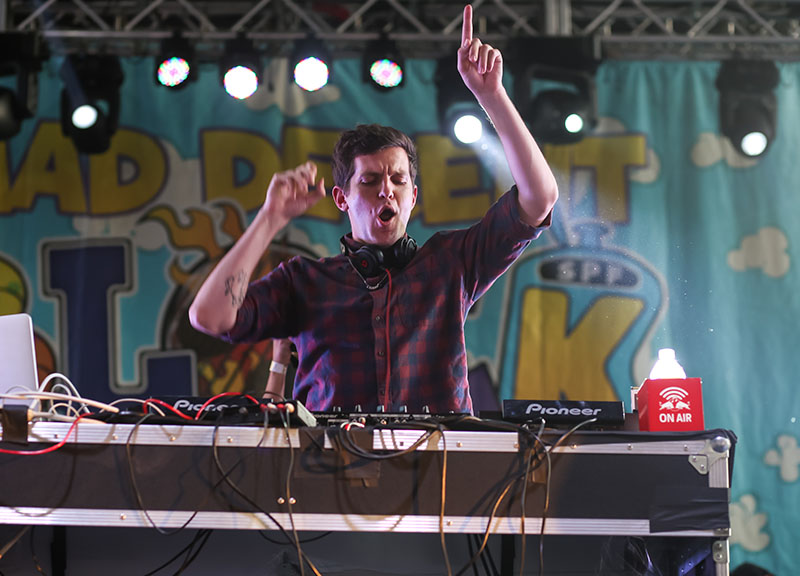 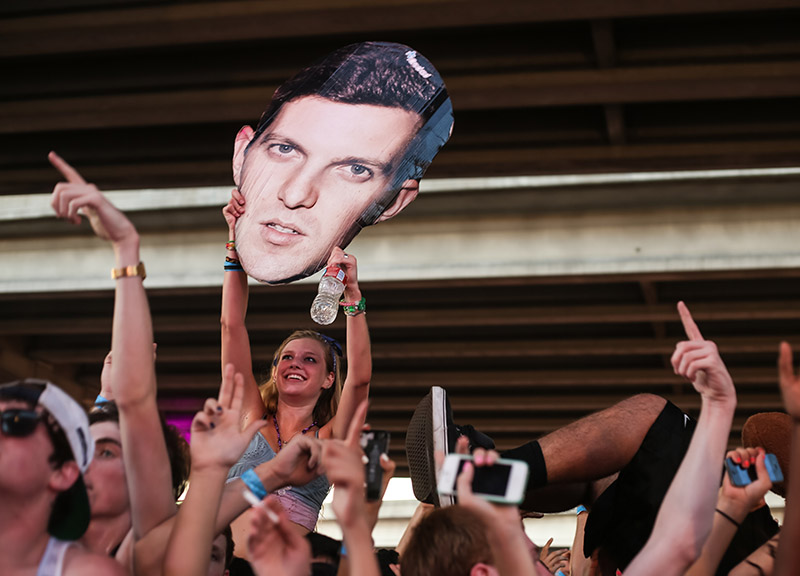 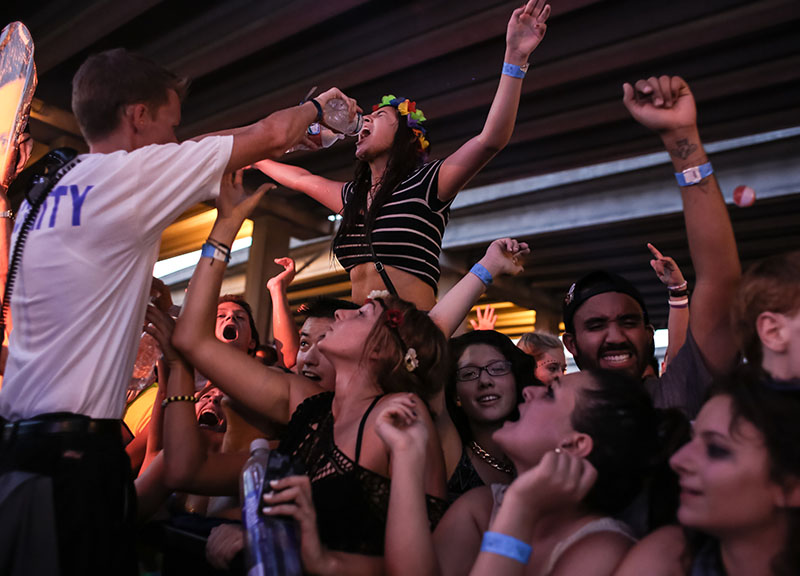 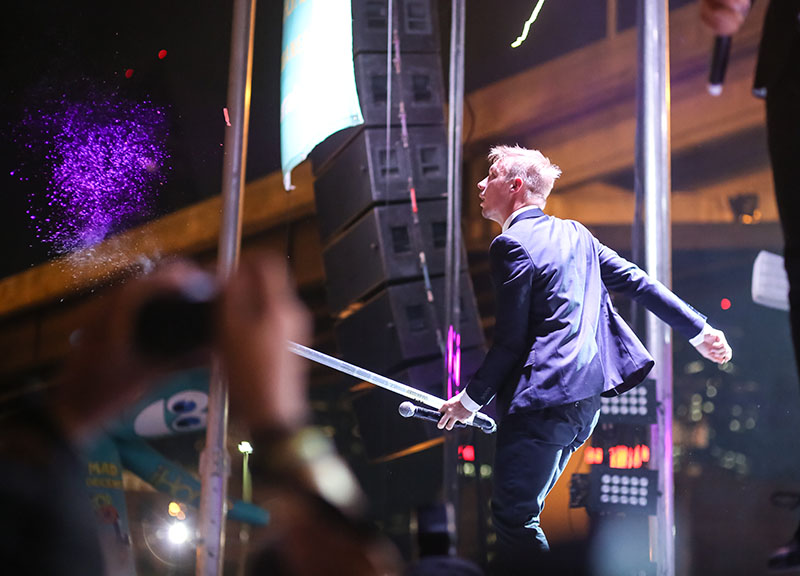 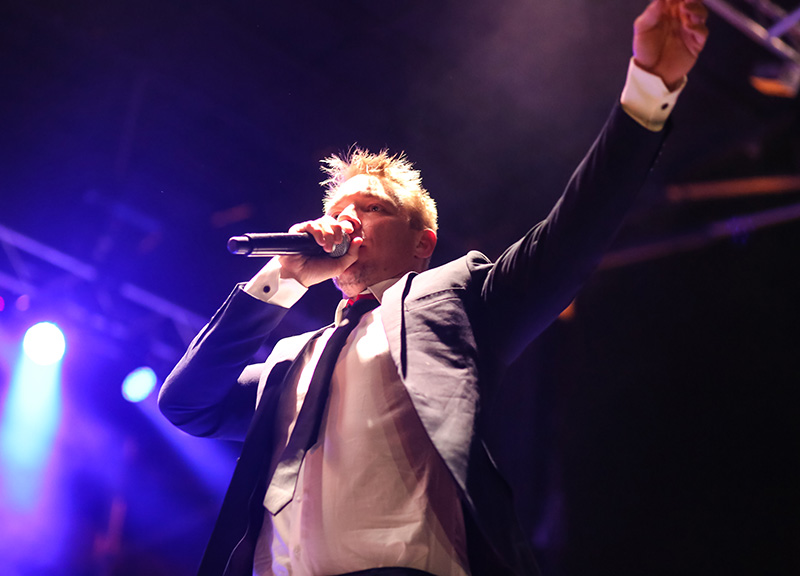 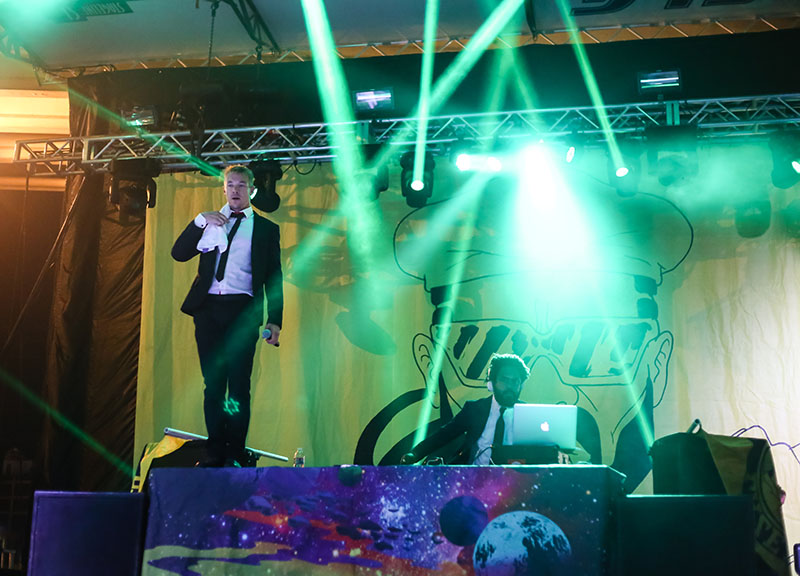 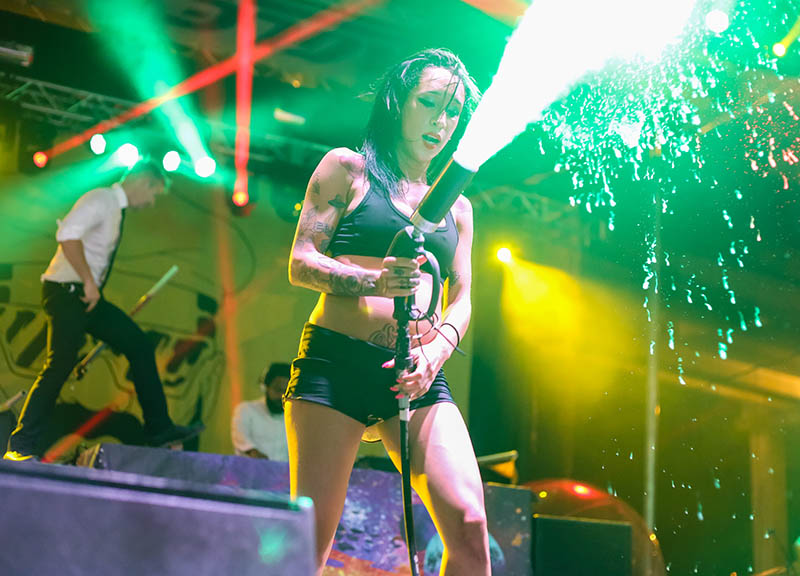 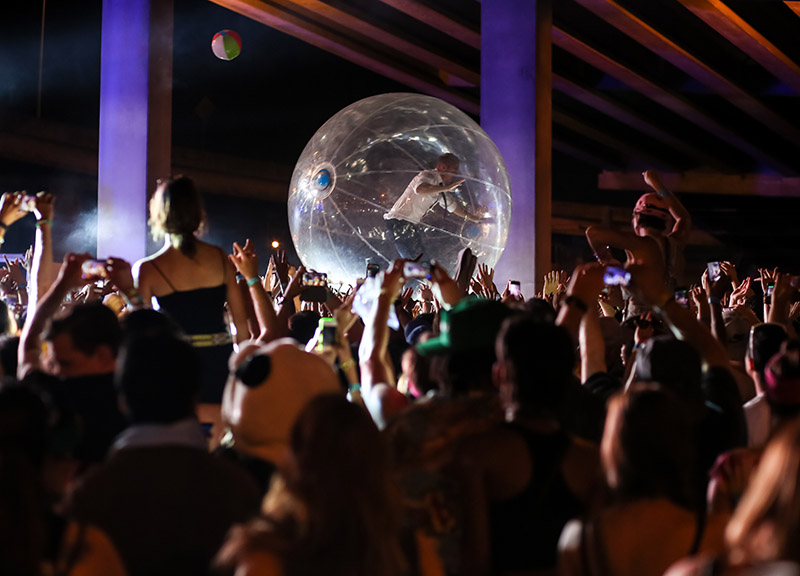 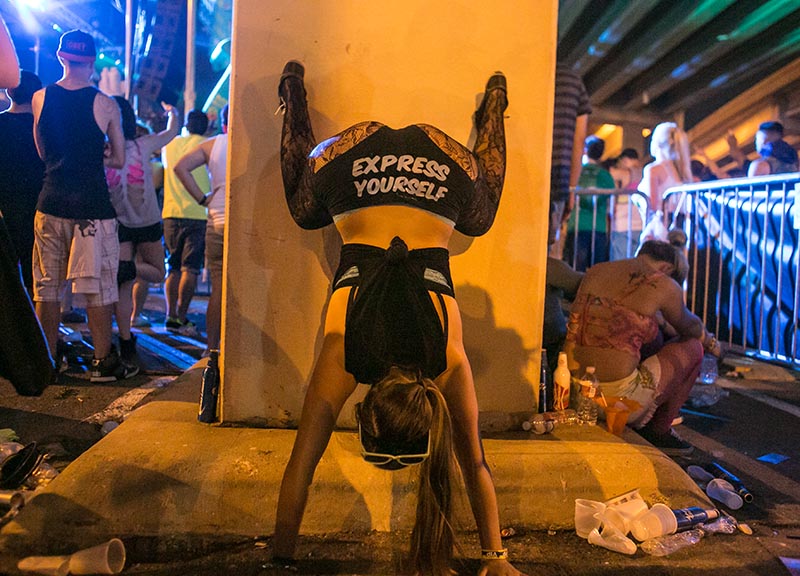 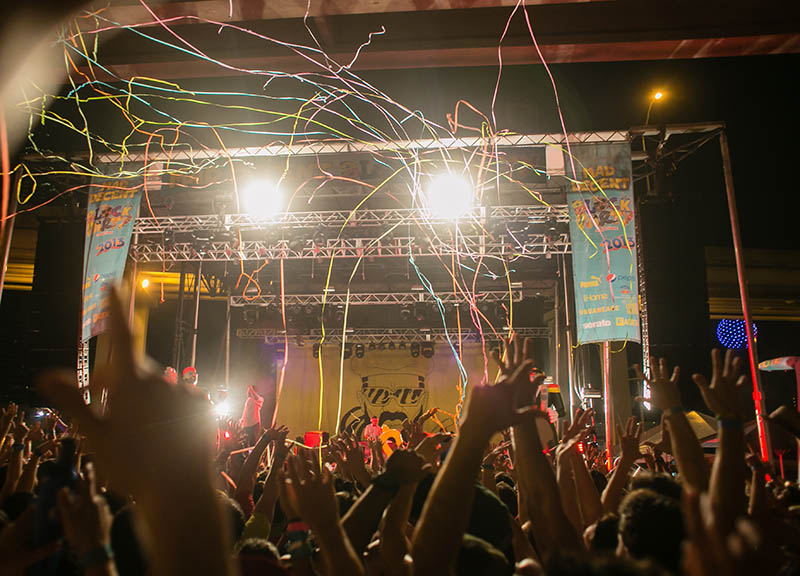