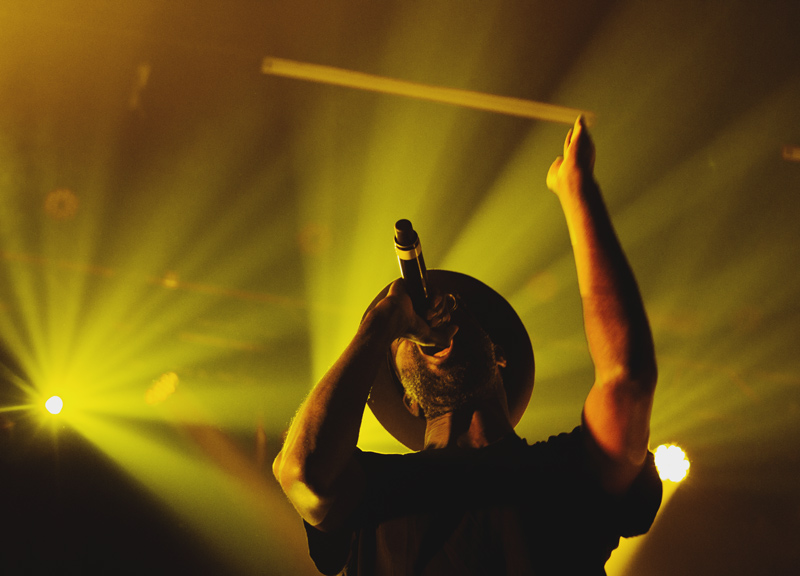 Scenes From Last Night's Sold-Out TV on the Radio Show at the Granada Theater.

TV on the Radio played its first of two sold-out, back-to-back shows at the Granada Theater last night, and if there’s anything to immediately inform those who hold tickets to Friday night's show, it's that we hope the venue's poor, poor speakers will still be intact for you all to enjoy the same performance we caught last night.

Thursday's show was an explosive performance, both in terms of the music and the fury of lights that flashed and strobed in tune with it. These stops in Dallas mark the beginning of the band’s five-week tour — well, after hitting up first Buku and then SXSW just days before — so it might be a little early to make the call but we’d like to think TV on the Radio won’t find a better crowd this time around than they will at the Granada. Yes, this was a love fest.

The night began with a dimmed, cool-colored atmosphere, and a monotonous beat that could only be the intro to the 2003 release, “Young Liars.” And, just like that, the band began to cast its spell on the audience. A small wind chime attached to David Sitek's bass swayed back and forth in a haze of fog and smoke and lead singer Tunde Adebimpe slowly shuffled around his mic stand. Then, when the chorus erupted, the crowd cried out and Adebimpe danced until he disappeared in the frenzy of strobe lights. It was borderline sensory overload for the very first song — but just hectic enough to assure the audience it was going to be a fine show.

The set progressed in a nice contrast of heavy-hitting, vintage songs to some slower, newer works. Adebimpe, meanwhile, continuously kept the crowd under his spell with his distinctly sassy and draining, yet fulfilling vocals, with help from fellow singer Kyp Malone. That notion of contrast is part of what makes TV on the Radio the standout band they are. This is a band that knows how to get your fist up pumping in the air, while playing those melodies that hit you deep down at your core. Case in point: The band's unrivaled hit, “Wolf Like Me,” which was introduced about halfway through their set, and stood interestingly as the very first time throughout the whole show that the audience broke out of its trance to raise its smartphones into the air to snap a pic. The phones disappeared quickly, though; both hands were required to get down to the timeless jam.

“I see true generosity and spirit in this crowd,” Malone complimented to the audience during his band's encore. And, of course, the fans responded with even more spirit.

Then the night finished off just as strongly as it had started, with the band playing “Staring at the Sun” and Adebimpe knocking out the final note of the song with a karate chop. It was a gentle hit, though, and fittingly at that.

We imagine he needed to reserve his strength for round two tonight. 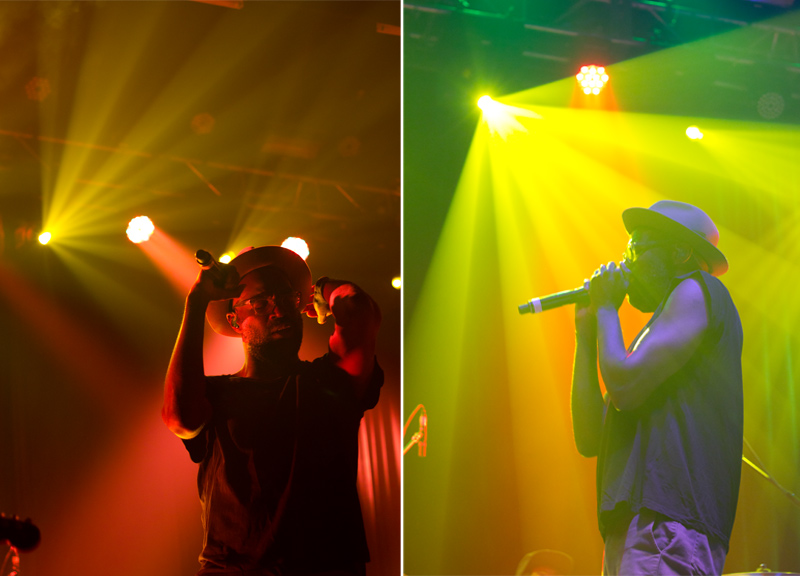 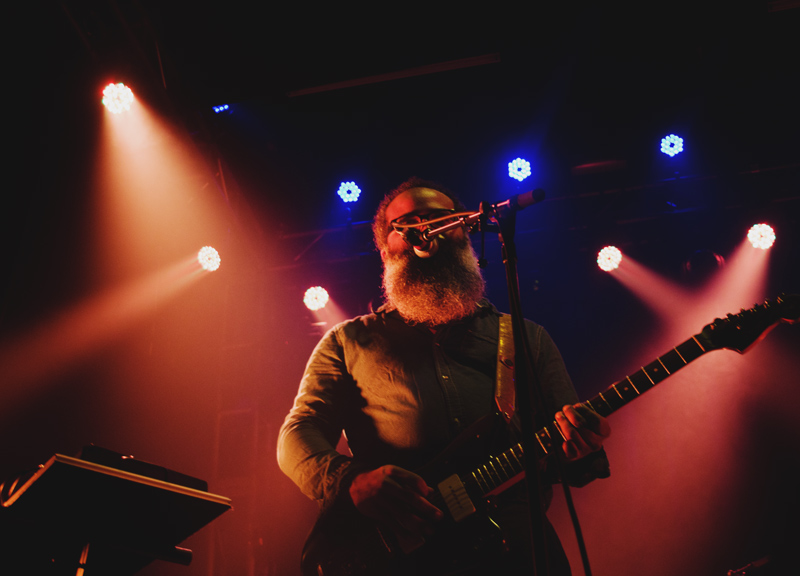 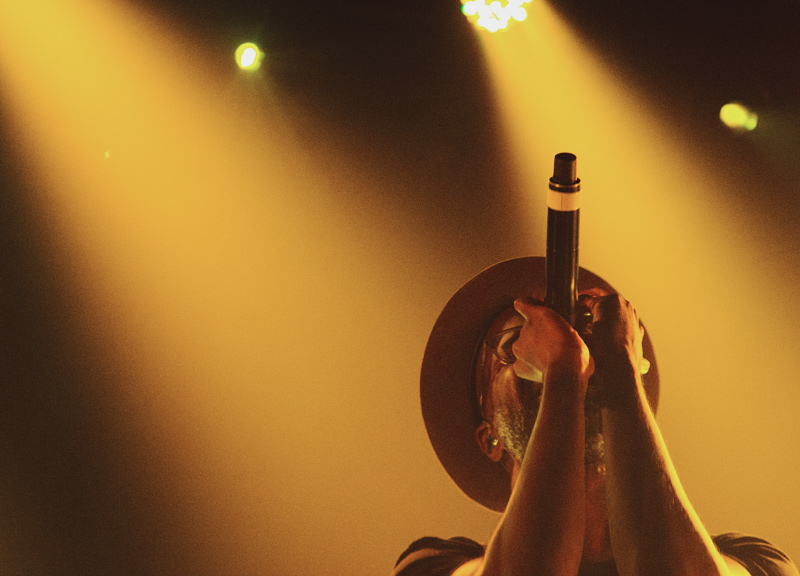 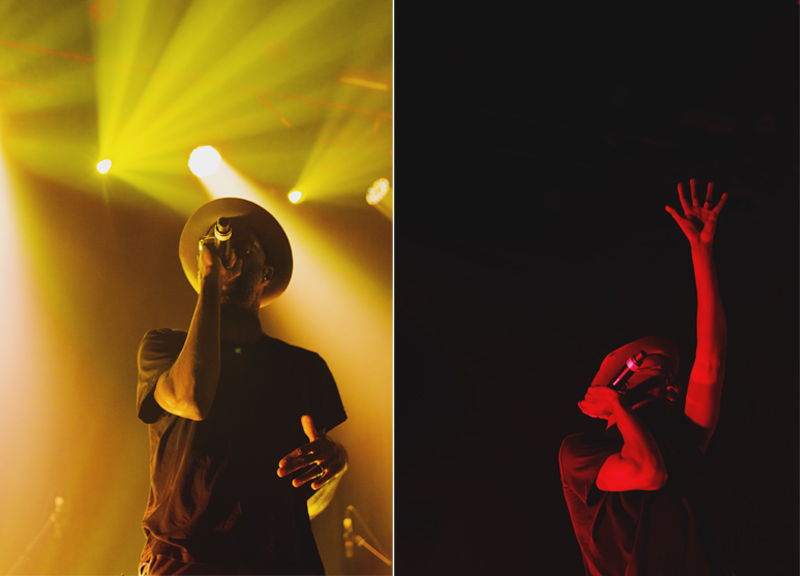 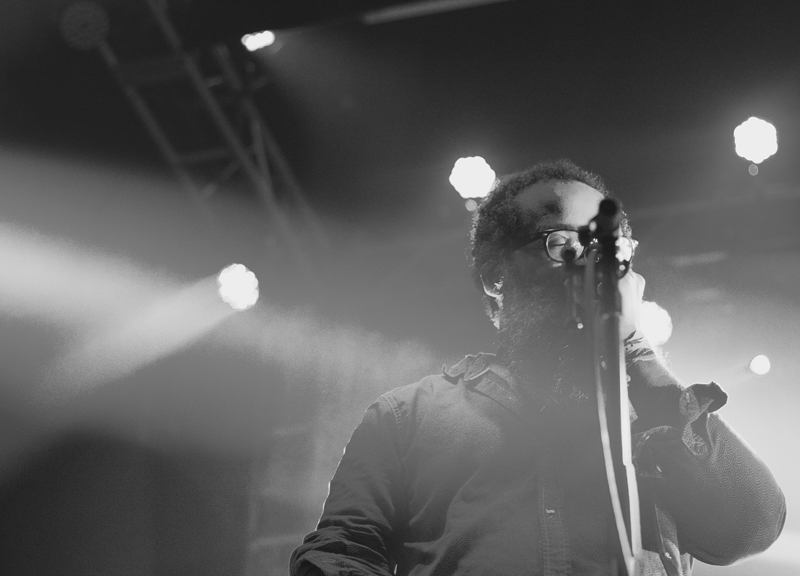 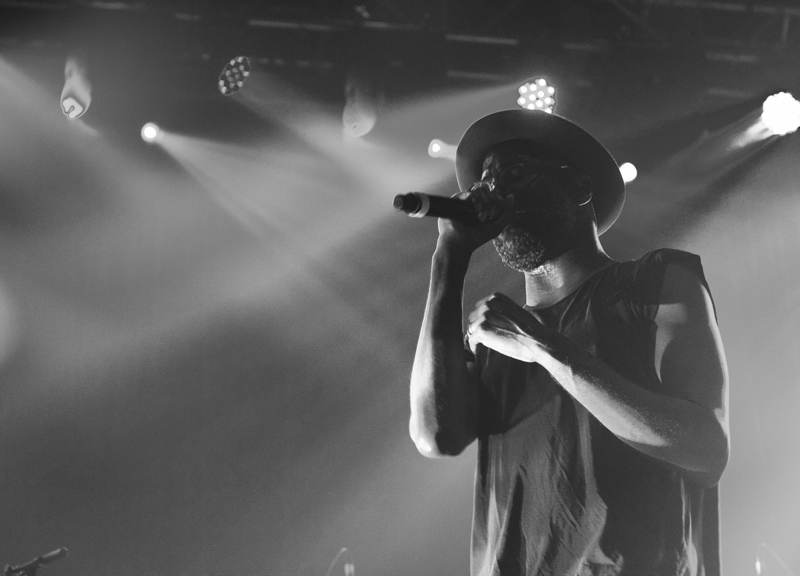 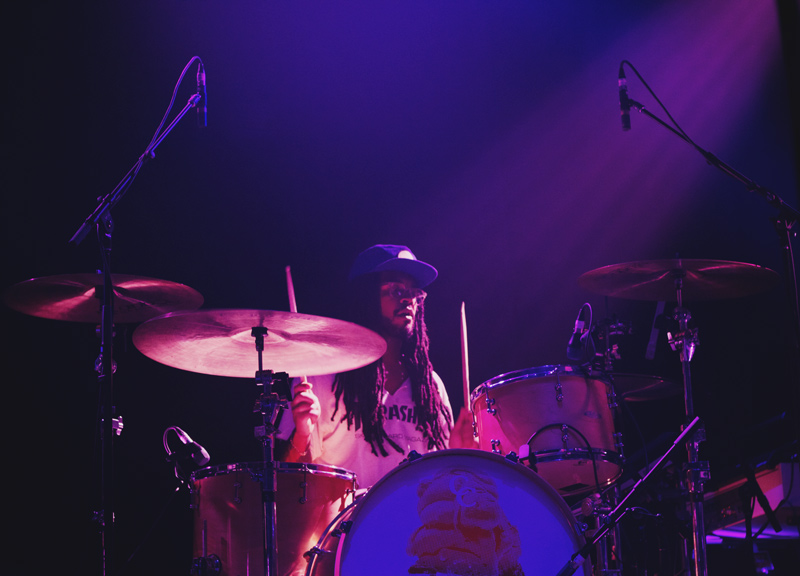 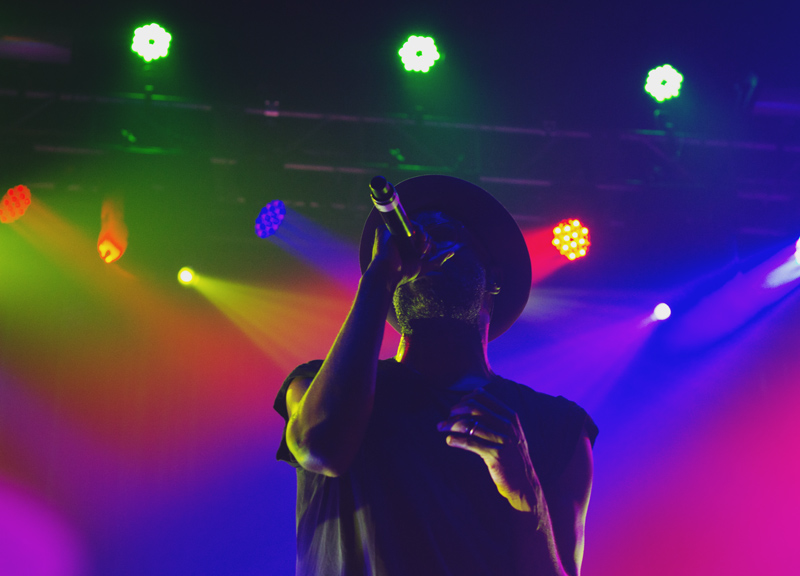 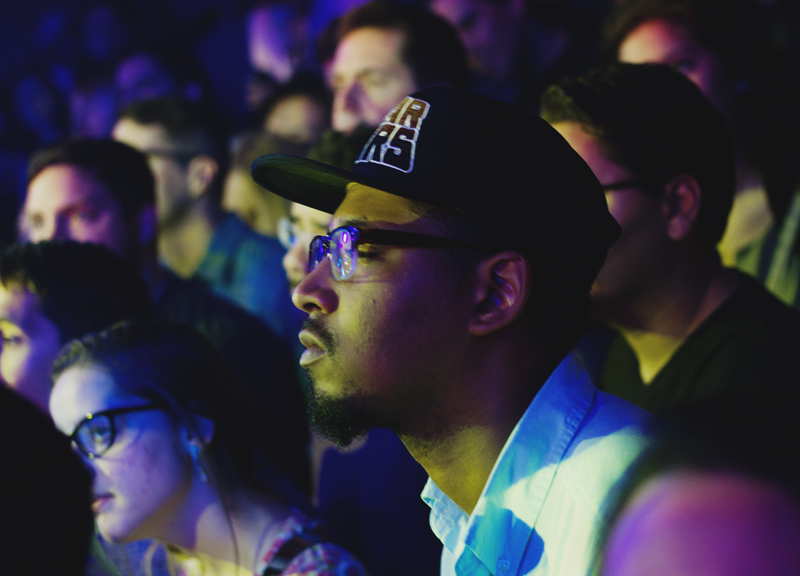 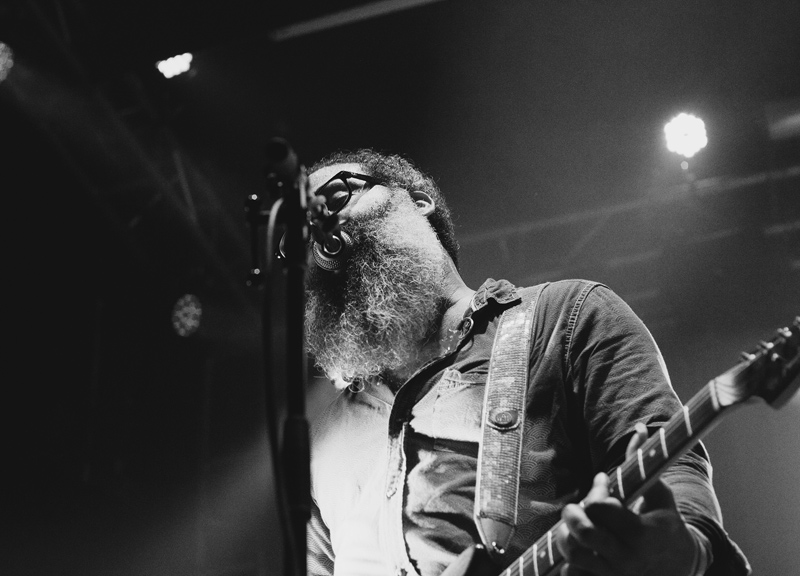 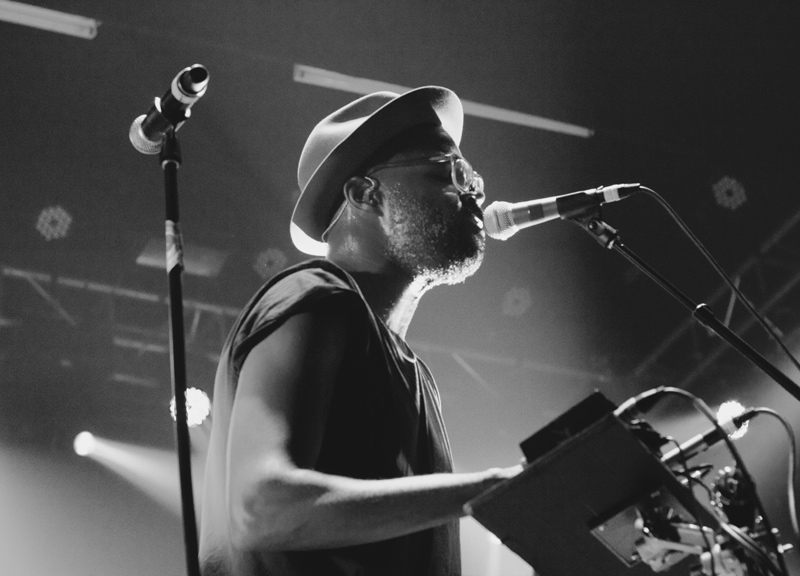 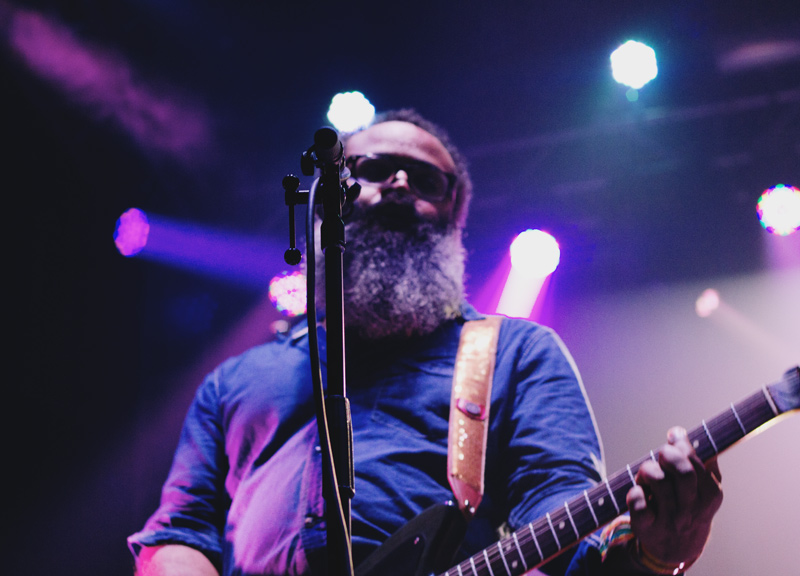 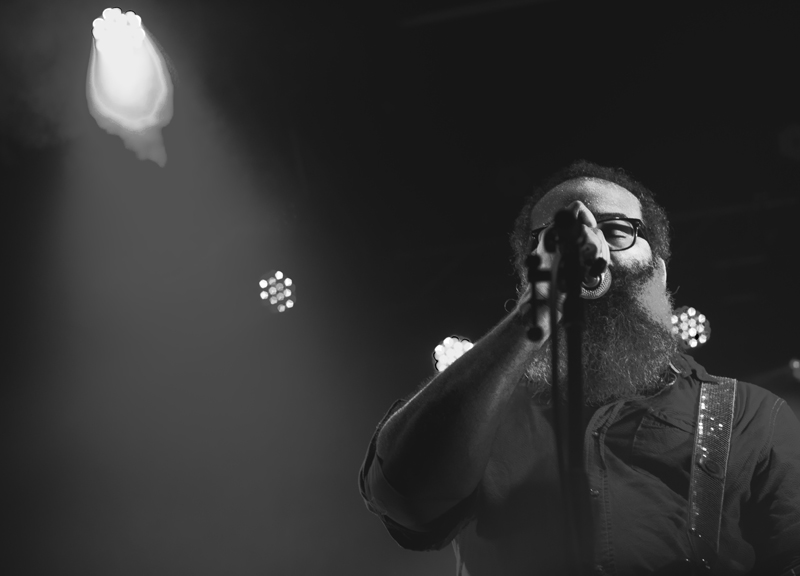 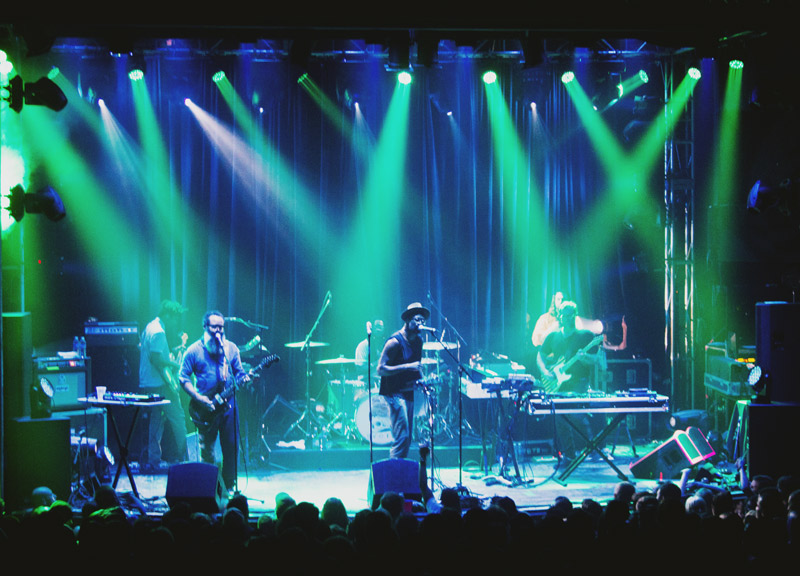