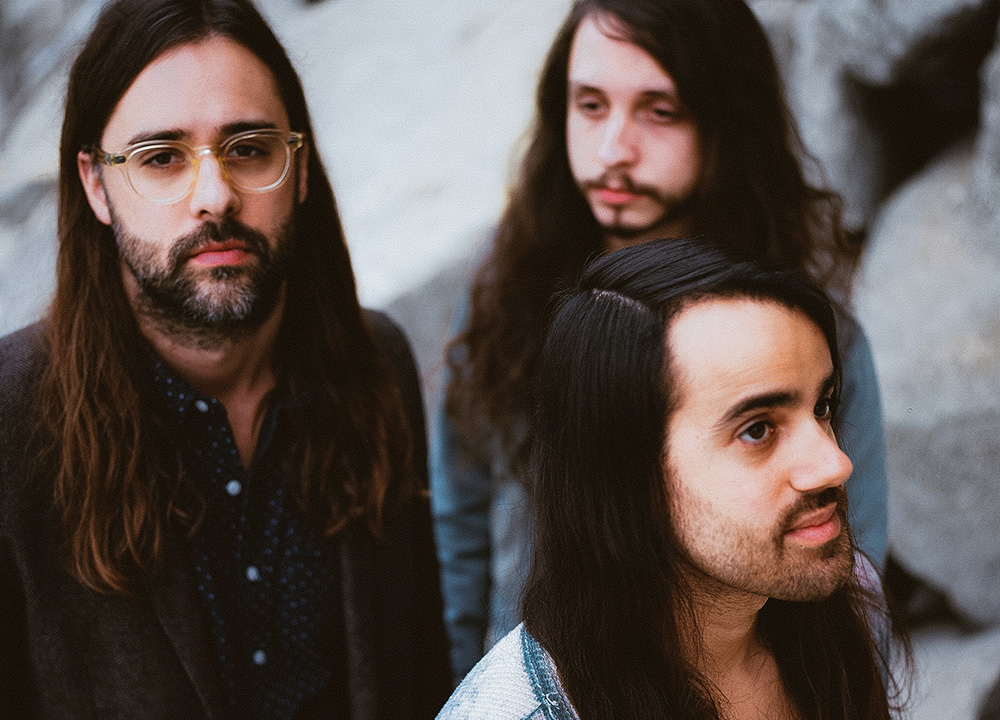 Bright Light Social Hour's Jack O'Brien Schools Us On The Importance Of Long Hair In Rock.

Over the course of the last five years, the case could be made that no Austin band has better integrated itself into Dallas' warm embrace than The Bright Light Social Hour. It's pretty impressive, actually: Across this stretch, the band's developed itself a pretty fiercely loyal fanbase up this side of Waco.

So how's the psych-rock outfit managed this? Mostly by persistence and fighting through the rough shows early on, frontman and bassist Jack O'Brien offers when asked. And, sure, that's likely got a lot to do with it. But so, too, does Bright Light Social Hour's ever-fiery and engaging onstage live display, which the band just took across the country on a seven-week tour in support of its recently released Space Is Still The Place LP, the long-time-coming follow-up to its 2010, self-titled debut.

That tour wraps up in San Antonio this weekend, but the band will first play to its Dallas fanbase tonight as it makes the Kessler Theater in Oak Cliff the second-to-last stop of its run.

In advance of tonight's show, we caught up with O'Brien over the phone and between gigs to reminisce about the band's earliest forays into North Texas, its recording processes and the real secret to kicking ass onstage.

It's been five years between this new album and your first one. That's a substantial period of time. I imagine a lot has changed between the band itself, and just music at large, over that stretch. Why did it take so long for this second album to come?
A couple things: We were touring a ton after that first one. We spent pretty much all of 2011 and 2012 on the road. And, then, we'd written a bit of stuff, but after coming back and getting in the studio, it honestly didn't feel like it fit anymore. Our tastes had grown and changed, so we kind of started over from scratch. In that time, we also put together a studio out at our place. After teaching ourselves to record, we decided we wanted to produce this record entirely ourselves. We really wanted to take the time to get that right, which was like six months of getting sounds and getting everything right. And then the actual tracking.

You guys bring this insane live energy when you play, and it's hugely compelling. Was that, to a degree, what took so long on the record, making sure you were able to capture that some?
Yeah, that's been part of it. The first eight tracks we had been testing out live before going to record. The last two we wrote in studio, and have actually never played as a full band before recording those. Getting the right vibe for each of these songs was definitely a process.

When you write are you thinking about the way a song will be received in a live setting, or does that not cross your mind?
I think a lot of this record, yeah, we did think about it. The last two tracks on this record, we didn't really think about it. And writing since then, we've been less conscious, because I think the way we see it now is that the recording is kind of just a snapshot of a song, which is a living, breathing thing. It's just kind of the best version we think it could be presented in, and where it's at at that point in time. Even after we record them, they'll evolve a lot. Something that's not super powerful live, we find ways to kind of change it up and make it work in a live setting.

Is that to say, then, that the new songs have already taken on new shapes since the album's release?
A little bit, yeah. Some of them are a little adjusted or have extended sections, or that sort of thing.

When I say something like that, about you guys being such a compelling live band, I mean it as a compliment — but from your end does that seem constricting at all? Is that a badge you're happy to wear?
Yeah, absolutely. I think that kind of the two main aspects of what we do are live shows and recording, and a lot of bands put a ton of effort into one and maybe not as much the other, and I think we really just put a lot of effort into making the live show the best thing it can possibly be, and then making the record the best that we can possibly make. Those are different experiences.

I wanted to ask about some of your specific experiences in Dallas. You guys have been playing here, I think, since the first album was released, I want to say. I think you've played most every venue around here. Do you have certain places in Dallas that work out well for you? Do you have specific places that you do very much enjoy?
Honestly, the Kessler is our favorite. We've always had really, just, shithouse shows there. There's, I dunno, maybe something in the air there. The intimate setting has good sound, and with the balcony you've got some people on top of you. It's just a cool layout. It allows for it to feel like a group experience where the audience is a part of everything that's going on rather than being removed.

North Texas has really embraced you guys from pretty early on as a whole, I feel. I don't think that necessarily always happens with Austin bands coming up or vice versa. Is there a secret to that that you've cracked?
Honsestly, there was a lot of early shows where we played for… well, there was this little tiny club in Deep Ellum that I think we played for three people. Honestly, we kind of played our show to just our good friends that we'd brought. Then the next show, they'll bring a couple friends out, and then let it grow a little bit from there. I think it's been a really organic thing. It was a very gradual. We moved up through the venues, we played Double Wide, and later the Granada. That was a beautiful theater. We were definitely not quite ready for that. But it was all just a very organic, well-paced thing.

It seems like something Austin or Dallas bands have trouble realizing is that you do have to put in some time in the other market to get a foothold. Was that something you had to learn or was that something you foresaw?
We've always been very DIY, and touring has kind of been our main way of getting out there. Getting on the road and realizing that in every city that's the way it is — unless you're lucky, which happens sometimes. Usually, you're going and playing the first time for just a couple people, maybe getting in good with the promoter. All those people start spreading the word, and then you come back and then it's some more people. Then it's just kind of a gradual growth. You keep hitting it over and over and over. Some places you go once and just happen to be put in front of a great crowd and it catches really quick. It all depends, but we don't expect that. We always expect that the first time we're anywhere. Even on this current tour, we played Salt Lake City for the second time and got like 40 people, and then played Denver, where it was our third or fourth time, and drew 300 people. It's totally different everywhere.

You guys were definitely able to build something up pretty quick in Austin and then take that elsewhere. I imagine that helped, too, with some of the growth around Texas.
Yeah, definitely. Same thing there, it was a really fucking slow start. Austin can be — with so much music and so many bands and so many venues going on — it can be hard to get some attention. [At our early shows] it was always the same 10 people coming out. We were like, “How can we make what we were doing more exciting? How can we make it more interesting or different? Let's just start doing that.” It started out being a really tough place to be, but very quickly it became a very embracing place. I think a lot of bands start that out and then maybe find a way of quickly getting out of town, or working elsewhere and not so much in their hometown. We just played our hometown a ton for years. I think, in 2010, we played Austin 34 times.

Let's talk about the video for your new single, “Infinite Cities.” Did you guys shoot that yourselves?
I kind of wrote it out and scripted it and all that. Then I had a cinematographer come in and a friend to help co-direct with me, and kind of just do the day-of ordering people around. I'd never quite done that, so I wanted some help with that. And then I edited it. It was really done ourselves. We called a bunch of friends up and said to bring a bunch of clothes and makeup. We had a girl that was kind of the art director and, yeah, we just shot it all in a day behind our studio. There's some parts that used to be all under water, but is now, because of the drought, is just exposed limestone.

It might be under water right now, actually.
I've heard it's been crazy! But I haven't been home in seven weeks. I imagine it'll be a little bit higher up.

Speaking of crazy, I've gotta ask: Is there a hair-length requirement to be in Bright Light Social Hour?
[Laughs] No. When we started out I had really, really long hair, and everybody else had short hair. I know a couple of them were like, “He looks like he's having so much fun onstage,” so they decided they were trying to grow their hair out. Then I shaved mine, and was like, “Damn, those guys look like they're having so much fun.” So then we all just grew it out. It's not worth cutting it and having to wait for it to grow back out again.

Is there a direct line between hair length and how much fun you have onstage?
No, but I read this article about Native American trackers in WWII. Apparently, these guys were just skilled trackers — hunters, y'know? They were effective in the military for tracking people down in the war. Before they'd send them off, though, they'd shave their heads. But they noticed that, once they shaved their heads, their abilities to track were severely diminished.

So they were allowed to not do the crew cut and to just keep their long hair?
Exactly. So, I don't know, I feel like there's a little bit of something there. Maybe you're just feeling the sound waves come and touch the hair. I don't know. But it is definitely a comfortable thing.