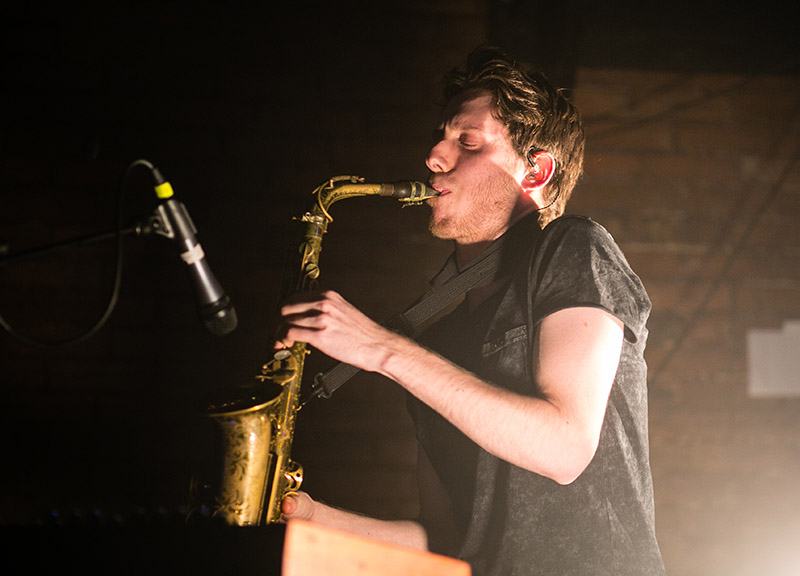 Timing is everything for Darkside.

The duo of Nicolas Jaar and Dave Harrington spent two years recording their debut album, Psychic, working between their own busy music schedules and while on tour together. The result was a critically acclaimed album that ranges from atmospheric electronic music to spacey blues rock. On the heels of placing highly on numerous 2013 year-end lists, the act kicked off 2014 with a world tour that runs through May.

Last night, the tour stopped through Dallas at Dada and transformed the venue into a packed, hazy space only appropriate for the on-stage re-workings of the highly-praised recorded material for which this group is known.

Soon after seeing Jaar and Harrington on stage, it became clear that, while the two slowly build each track live on stage with improvisation, it's done with precision and impeccable timing. Jaar pivoted between two keyboards and a microphone stand, Harrington crouched over most of the night with guitar in hands, and the two exchanged intensive glances as they worked through each track's progressions — ones that the crowd could hardly resist. As well received as the recorded track are, Darkside's live performance introduces a whole new element to the music.

Shrouded in darkness for most of the set, the duo put Dada's relatively small corner stage to use better than most any other act has before. A thick fog that never receded throughout the night became billowy clouds of purple, blue, red and orange that engulfed the artists during some of the tracks' climaxes. All the while, a large rotating mirror reflected dark shadows of the performers.

The encompassing set seemed to end somewhat abruptly, but the surprised crowd, which had spent the bulk of the 45-minute performance dancing, was lamented with somewhat of an encore, despite the two never leaving the stage.

Short offering or not, Darkside impressed with a unique take on an already celebrated work of music. 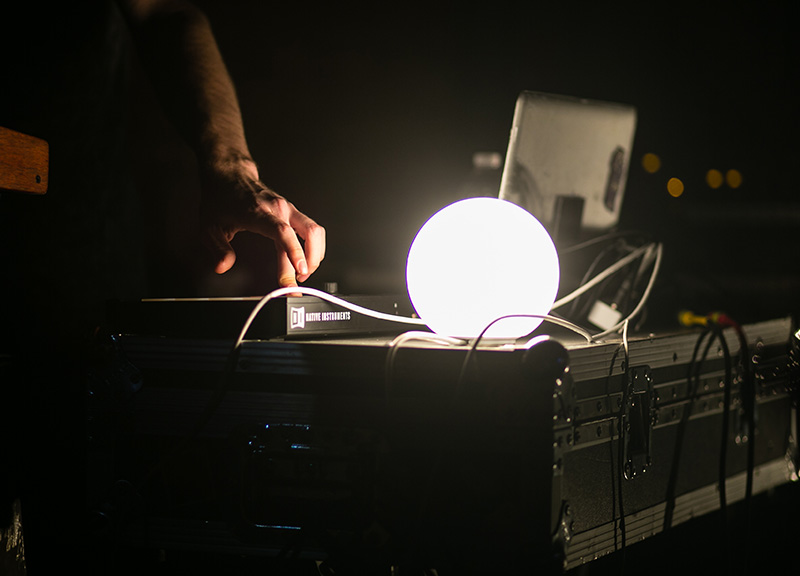 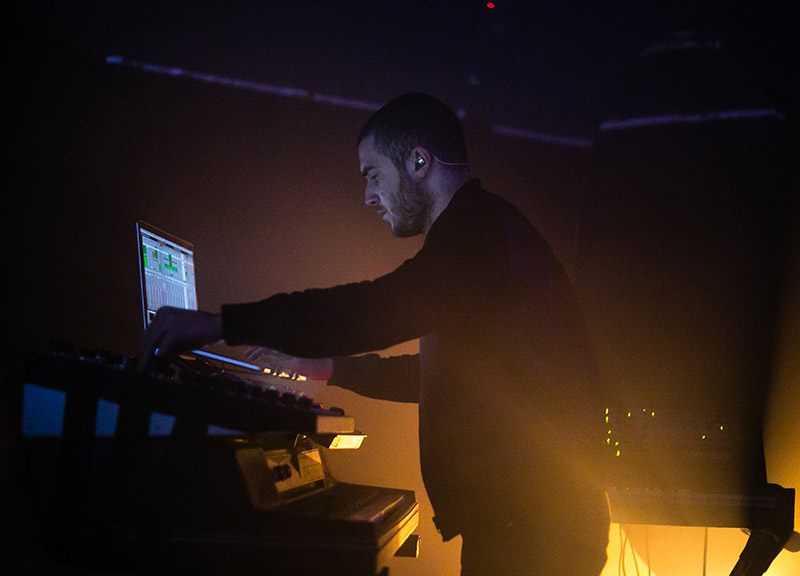 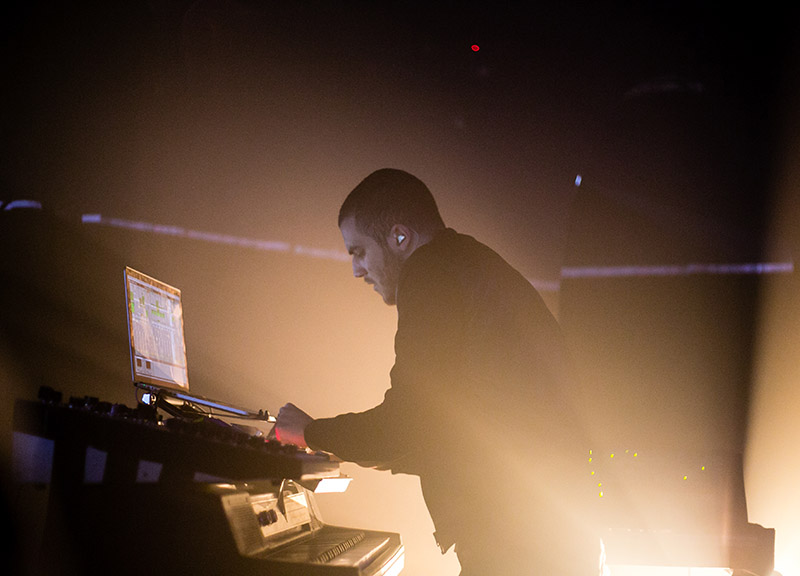 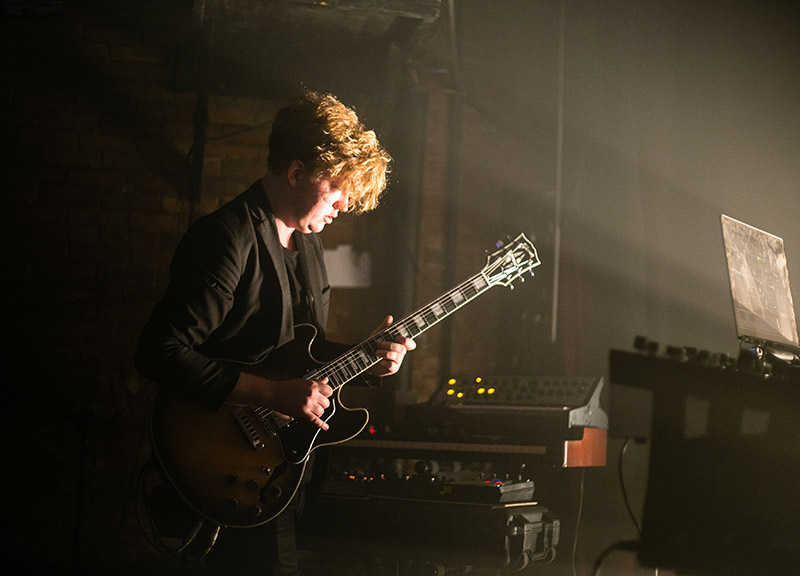 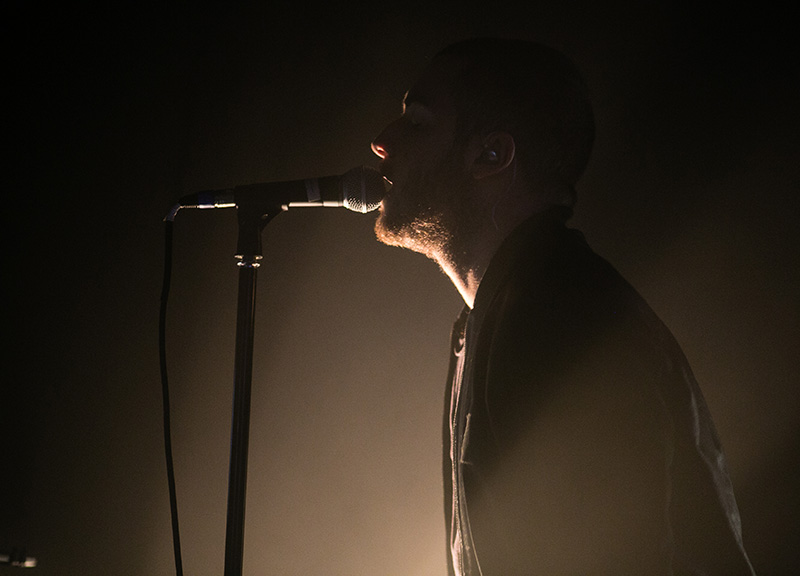 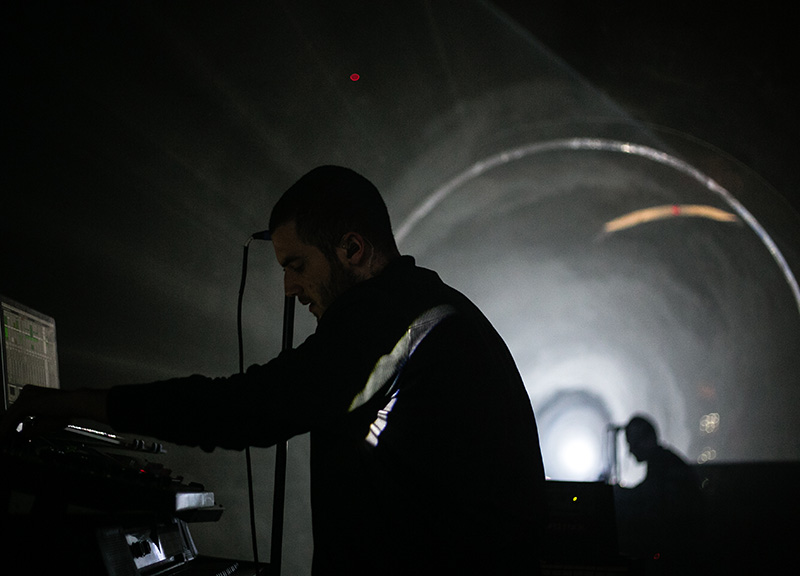 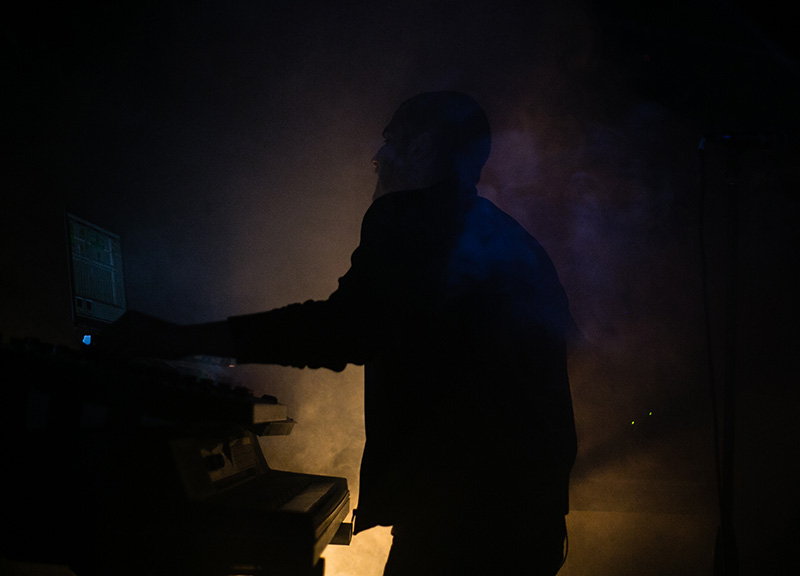 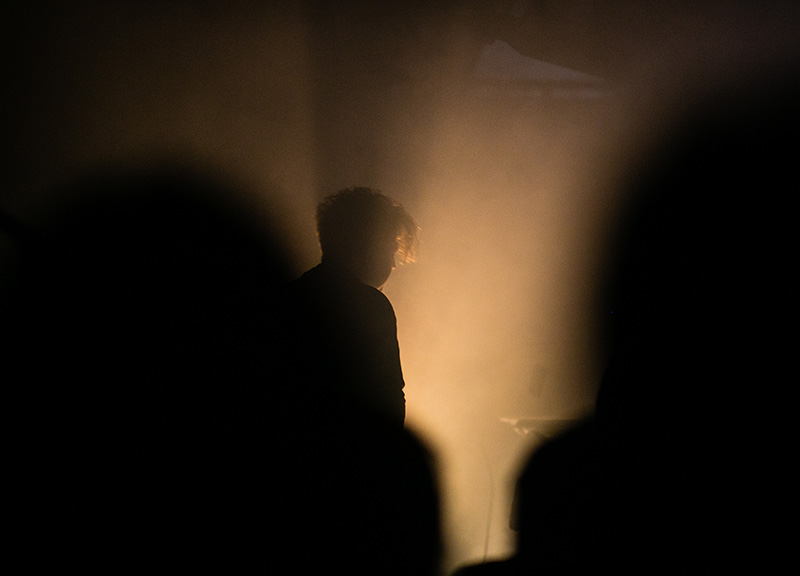 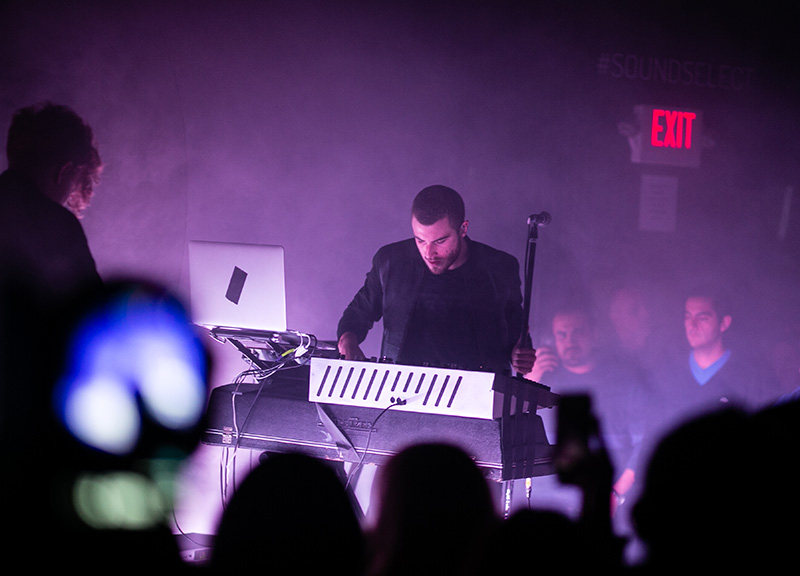 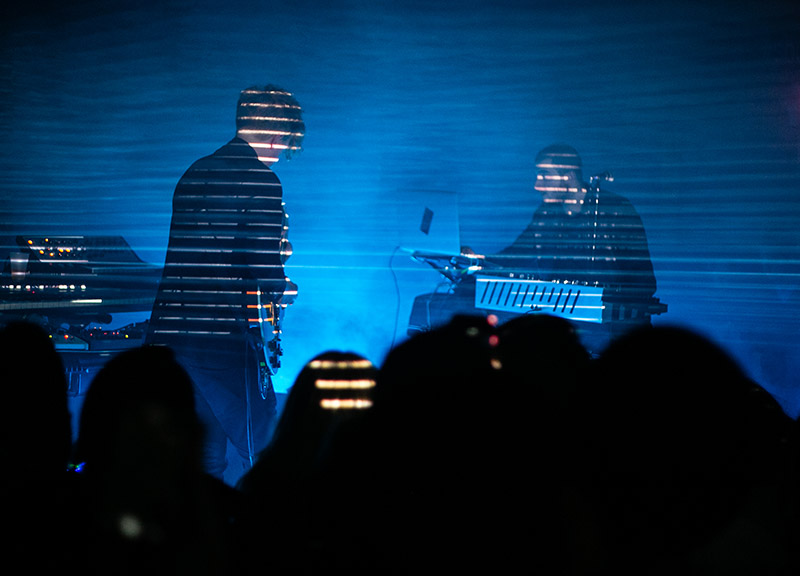 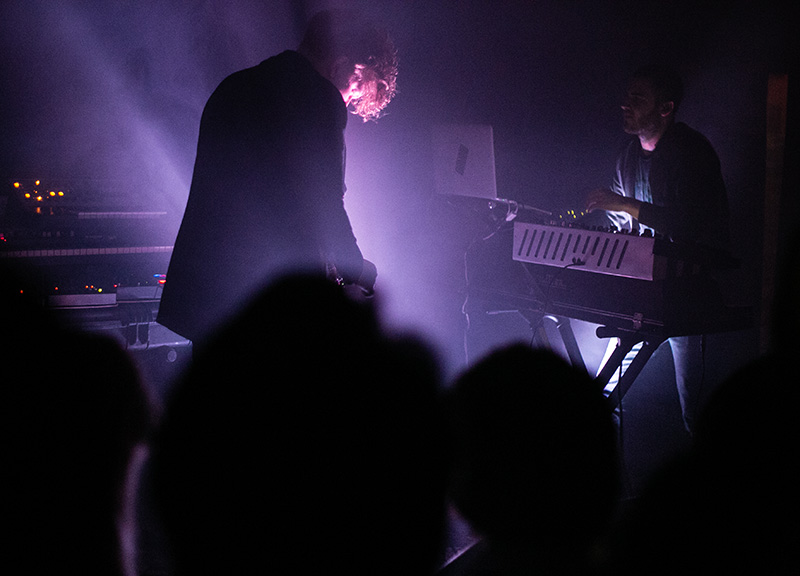 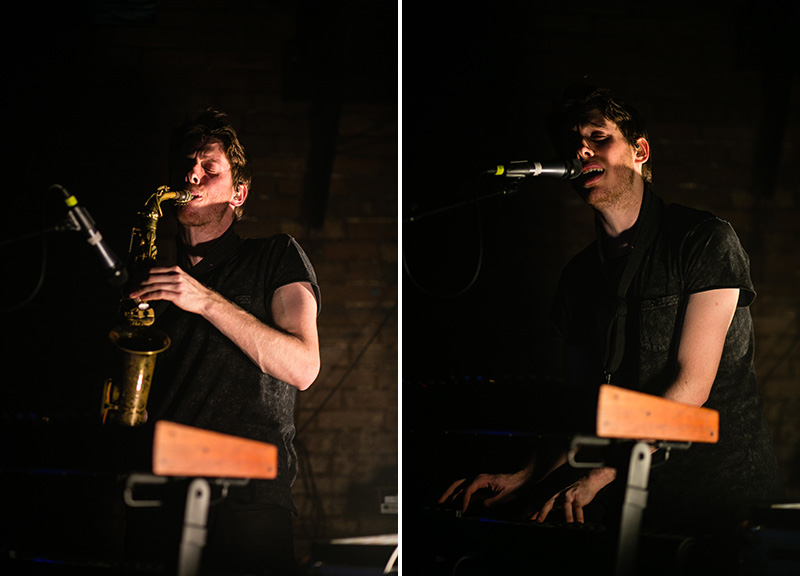