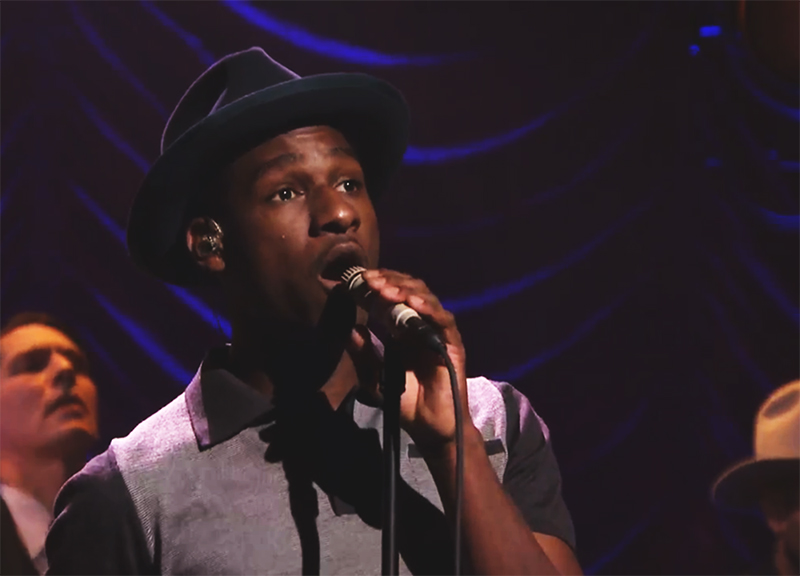 Check Out Fort Worth’s Own Leon Bridges on The Tonight Show With Jimmy Fallon.

Yes, Leon Bridges really is something else.

After making his late-night debut with a performance of “Better Man” on The Late Late Show with James Corden back in March during that still-new host’s opening week, Bridges returned to the late-night circuit last night, and on an even bigger stage, as he hit The Tonight Show with Jimmy Fallon to perform the iPhone-approved “Coming Home.”

OK, but that guy loves everything. Still, he’s not wrong. This was a confident performance from Bridges, and one that followed a string of shows back here in his home market — two release shows at Fort Worth’s Scat Jazz Lounge on Saturday and another in Dallas on Thursday at Sons of Hermann Hall — that, intentional or not, prepped him well for this stage. In turn, he and his band — a smaller outfit this time around — both sound and look the part here.

Speaking of that band, here’s who’s in it for this showing: White Denim’s Austin Jenkins and former The Orbans member Kenny Wayne are on guitar; Quaker City Night Hawks’ Andrew Skates is on bass; White Denim’s Joshua Block is on drums; Jeff Dazey, who’s in too many bands to count, is on sax; and that’s Brittni Jessie on backup vocals.