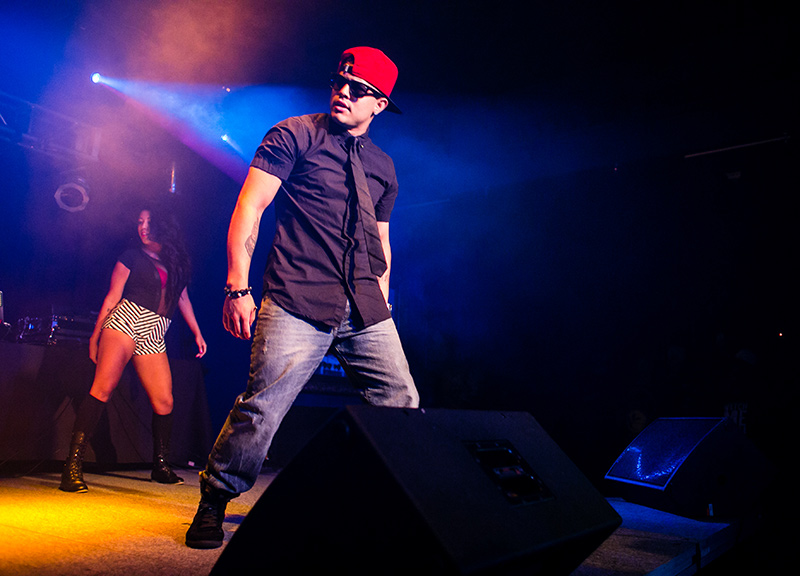 Scenes From Friday Night's Dustin Cavazos Show at the House of Blues.

It seems Dallas has a couple of bona fide heartthrobs on its hands. OK, well, technically one of them is from Fort Worth.

But on Friday night in the Cambridge Room at Dallas' House of Blues, Oak Cliff's Dustin Cavazos and Fort Worth R&B-influenced singer and b-boy Louie the Singer played to an adoring crowd. And, honestly, even “adoring” is pretty much an understatement considering the reception these two received throughout the night.

With added performances on this night from rapper Enertia and singer Shelby Shaw, the night was pretty much a showcase of the Grammy-winning Dallas-based production duo Play-N-Skillz' G4 Muzik label imprint with Universal. Louie's signed to that label, too; Cavazos — far as is public knowledge, anyway — is not.

But this show still came in the wake of a recent recording trip to Los Angeles, where the Louie and Cavazos spent some significant time in the studio with Play-N-Skillz, who on this night were in the building, too, keeping a close eye on their talents.

And, surely, the producers left the night having felt good about what they'd seen.

From his first song, this crowd of mostly teenage girls ate up every bit of Louie's set. But the performer definitely worked for it, too. His quick, well-choreographed set featured two backing female dancers as Louie showed off his breakdancing skills at different times. As impressive as his dance moves were, though, his live singing did not disappoint; he's kind of a young Frankie J type.

Still, the night belonged to Cavazos. As he took to the stage, the girls in the crowd showed off their affection for the rapper by shrieking at the top of their lungs — a vocal effort they'd sustain throughout the whole performance.

With the lights dimmed and a single amber spotlight on Cavazos' back, he began his set on his keyboard, with the downtempo, somber “Skip This Day” from his first album, I Think In The Shower, I Dream On My Bike. It's at moments like these that Cavazos seems most comfortable on stage, at his best, shining as a sincere, heartfelt and introspective rap artist.

Throughout the set, though, Cavazos would work in material from all across his now wide-ranging and three-albums-deep catalog, which means more a radio-friendly, banger-oriented sound. Hence his performances of “Alright (feat. Slim Gravy)” and “Right Now (feat. Dvine and Tum Tum),” both of which have gotten play with local stations K104 and 97.9 The Beat. It seems the aforementioned trip to L.A. with Louie the Singer produced another attempt at this turn in the aptly named “Summer Time.”

The crowd reacted as positively to these songs as they did the other material, sure. But it's noticeable that Cavazos isn't as much of a natural with this style. During “Right Now” and “Summer Time” he was joined by his featured artists, and on both occasions Cavazos was quick to take the backseat to the other performers.

Nonetheless, these efforts are paying off. Cavazos' following seems to be as large and adoring now as ever. After closing out his set the way he started it, with a single spotlight on his back and performing another emotive track — “Leaves in the Wind” — he was met with a long line of supporters waiting to snap photos with the artist and get autographs. 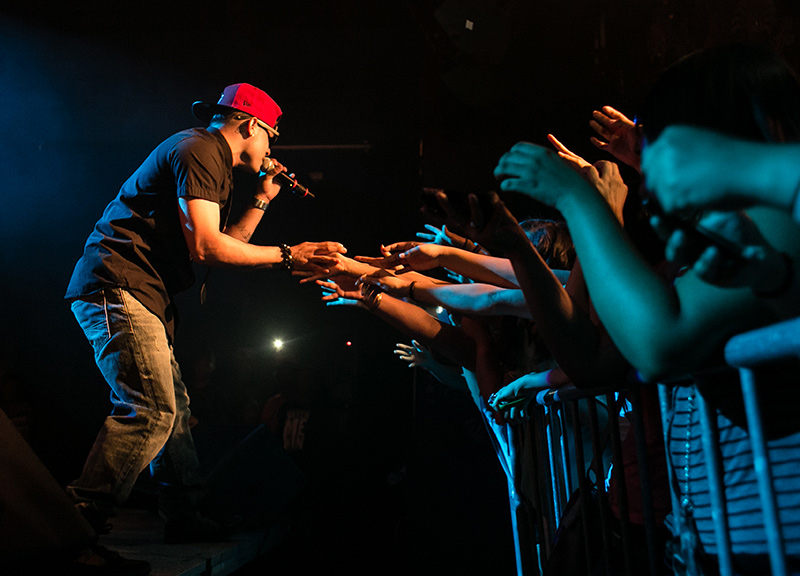 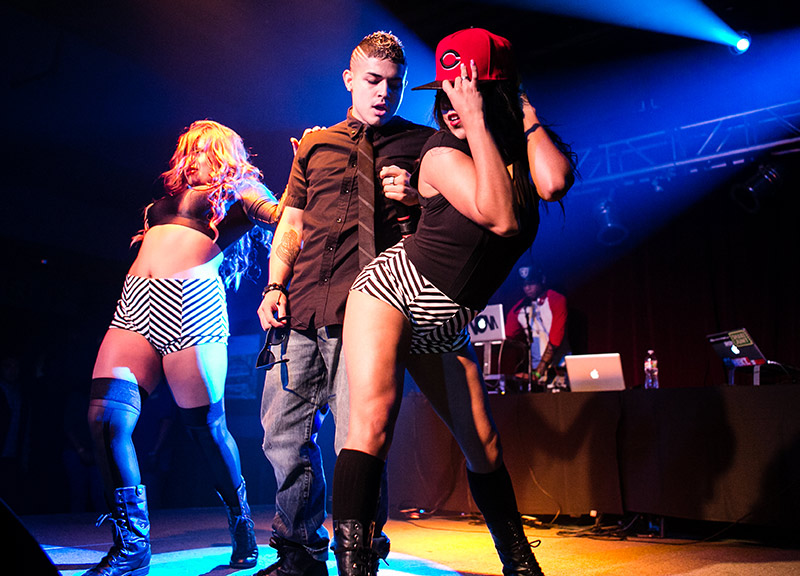 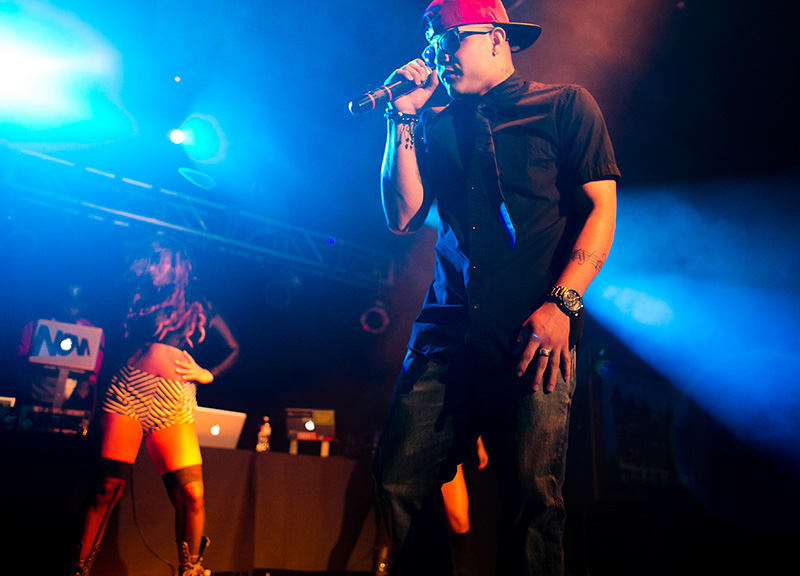 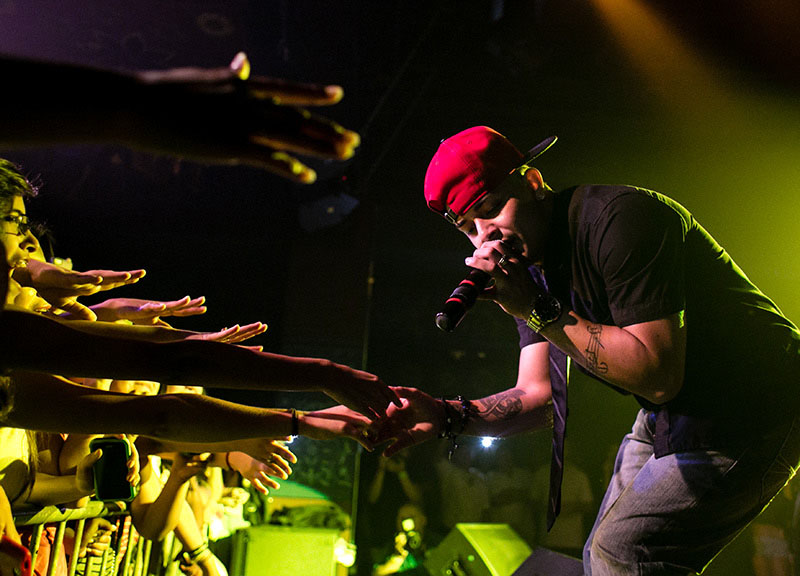 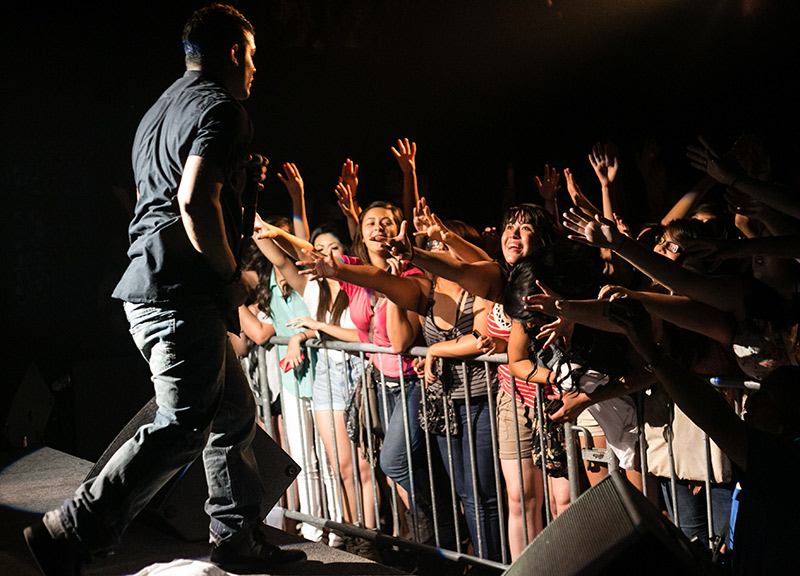 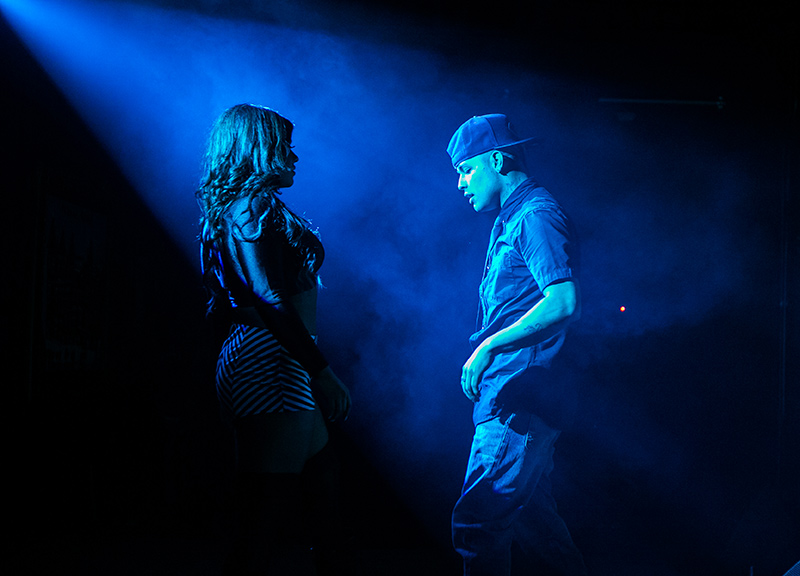 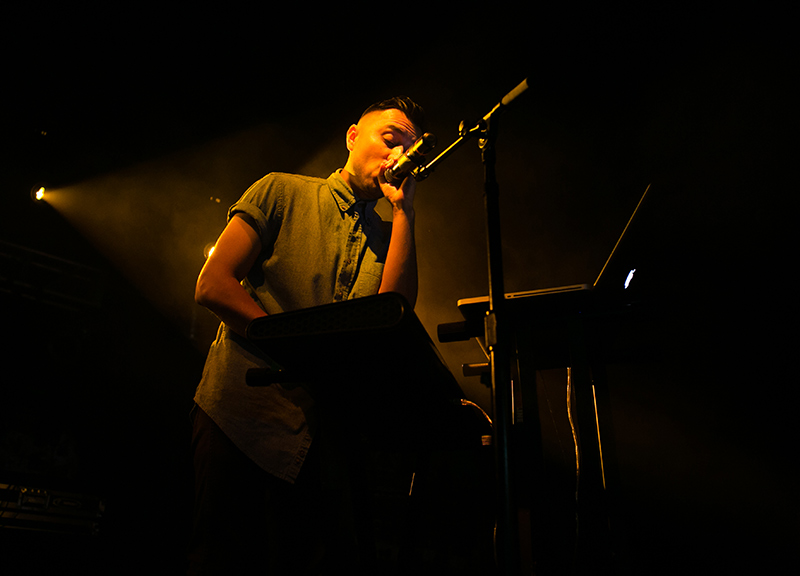 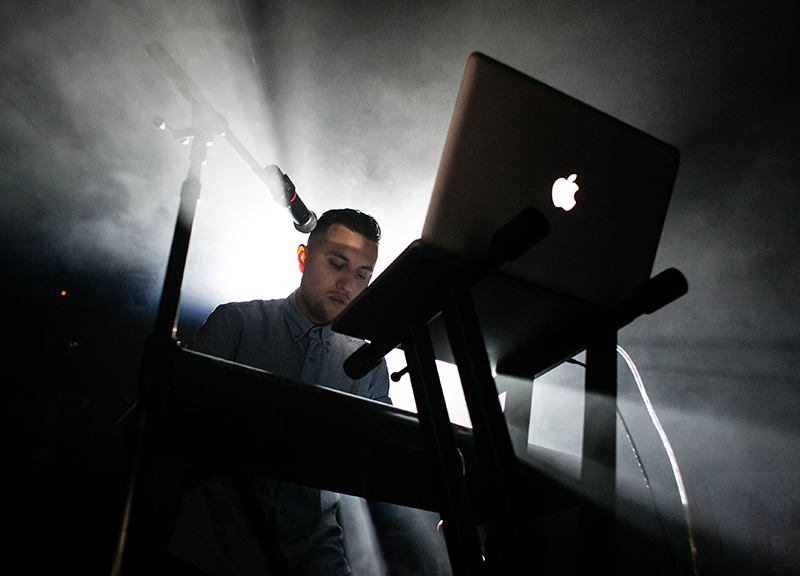 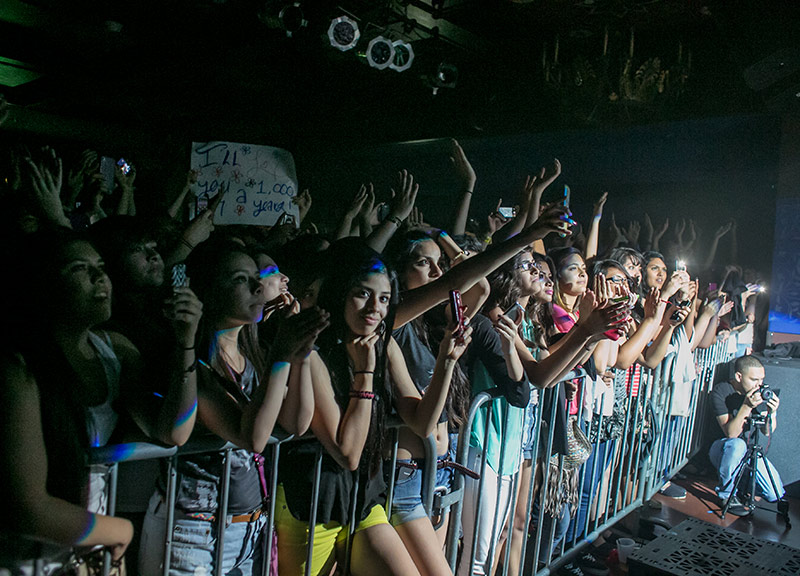 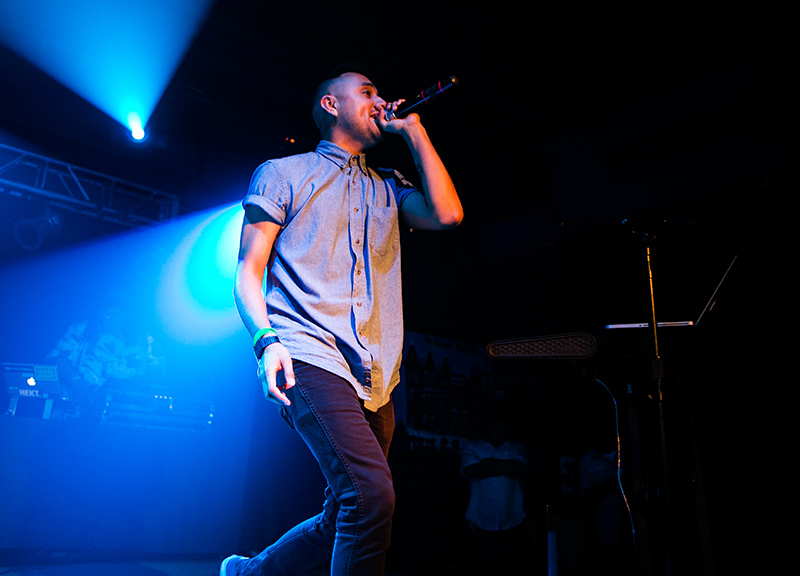 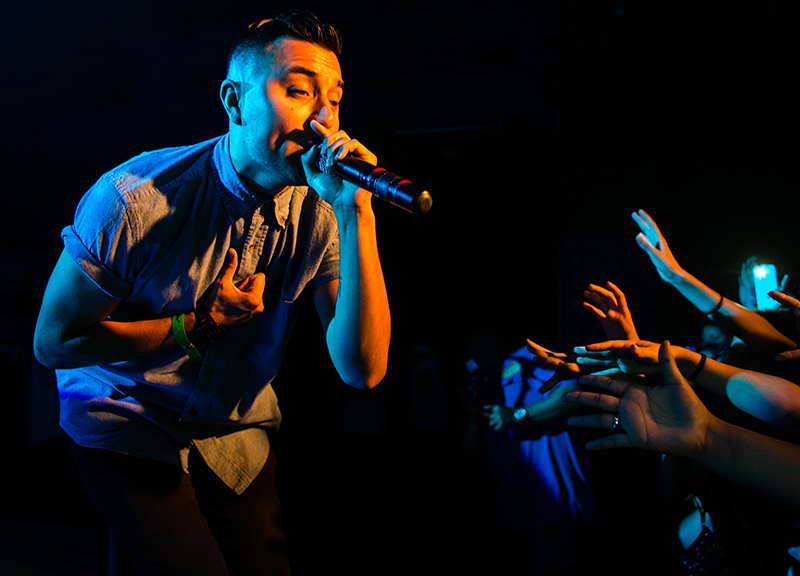 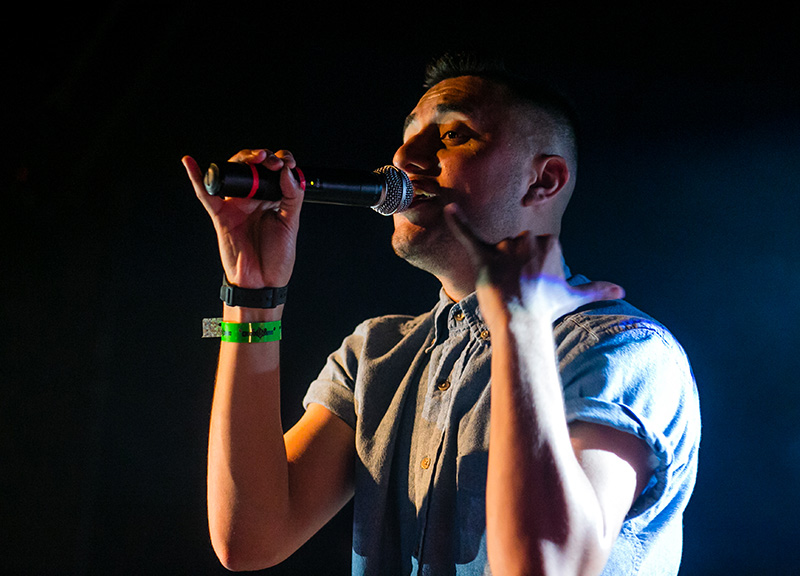 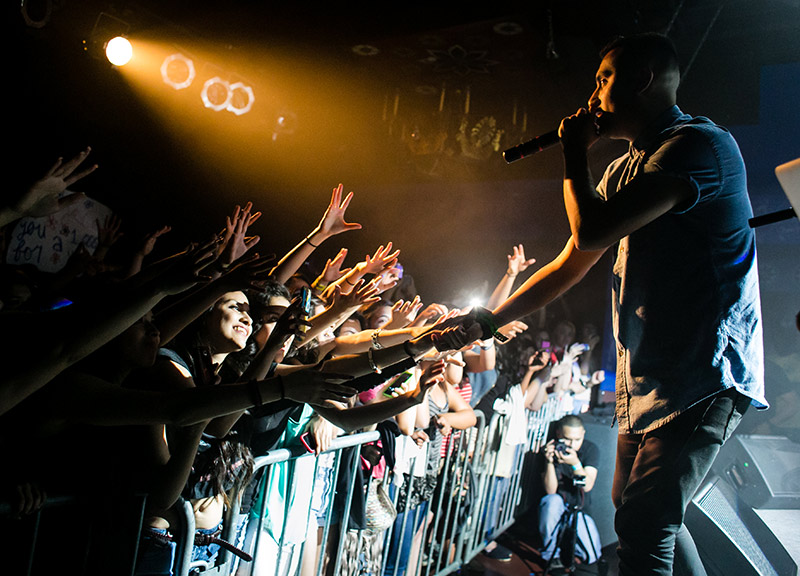 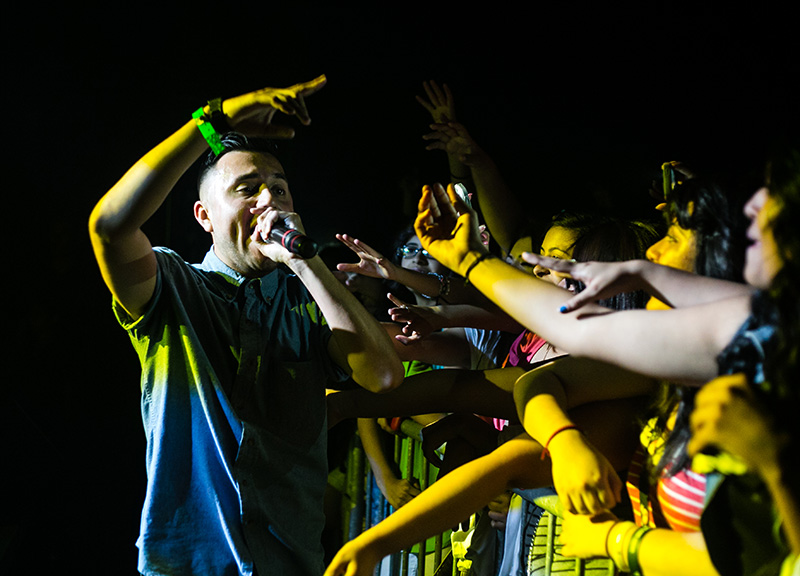 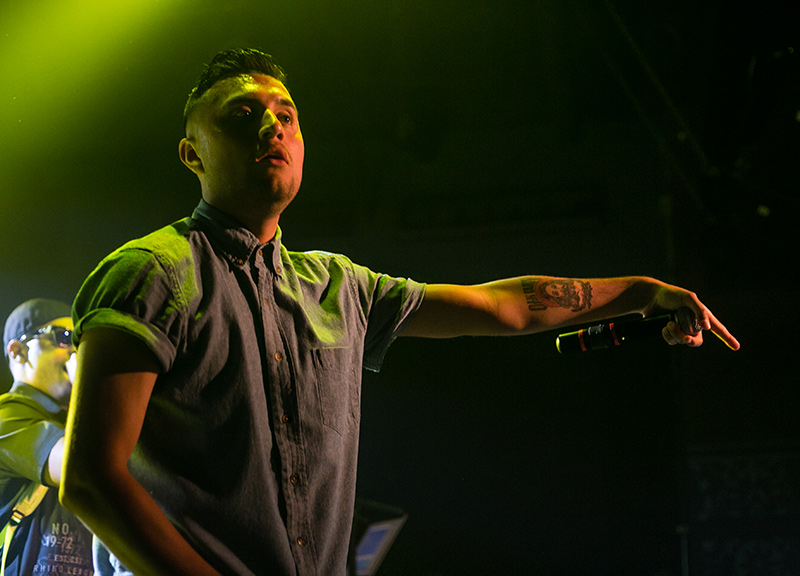 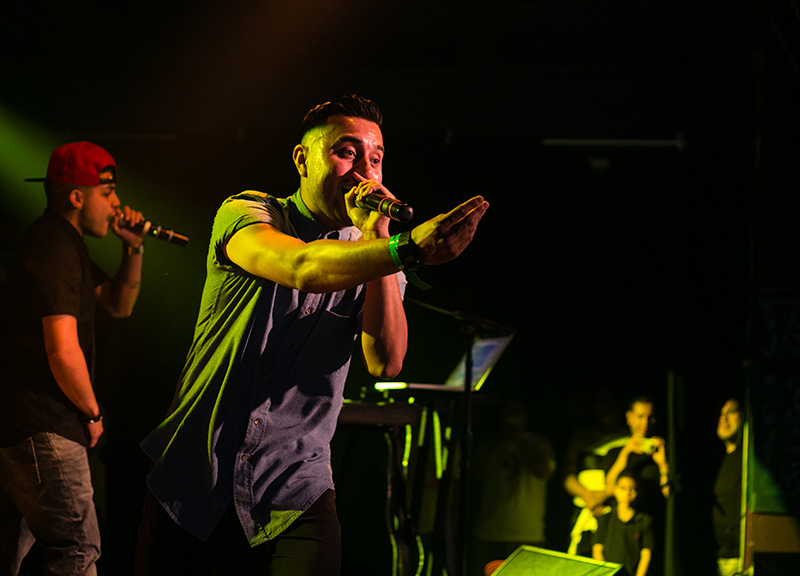 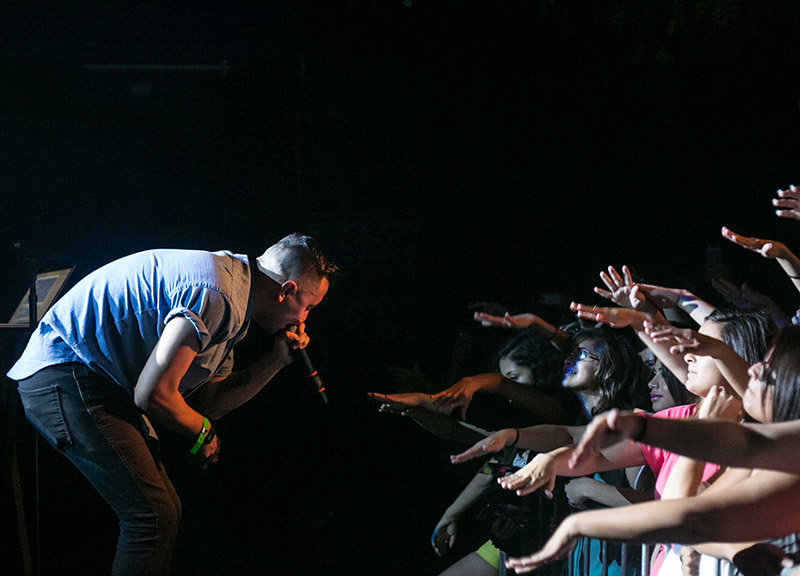 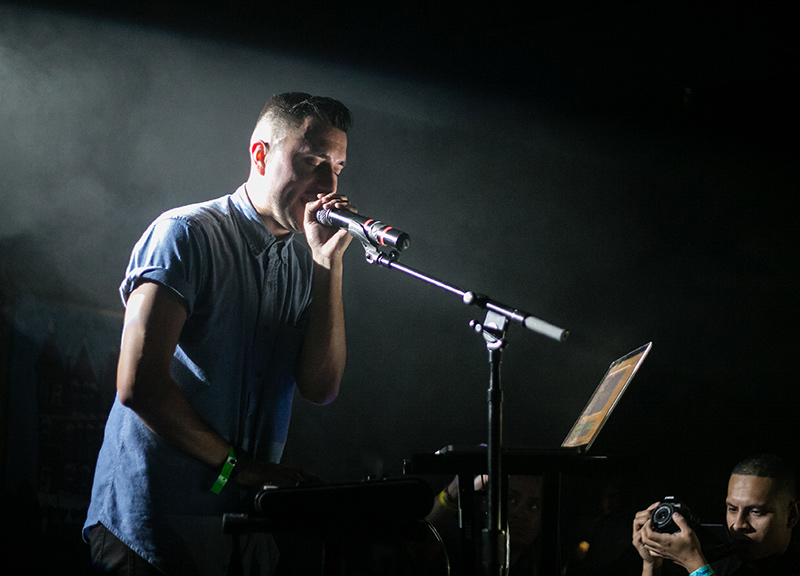