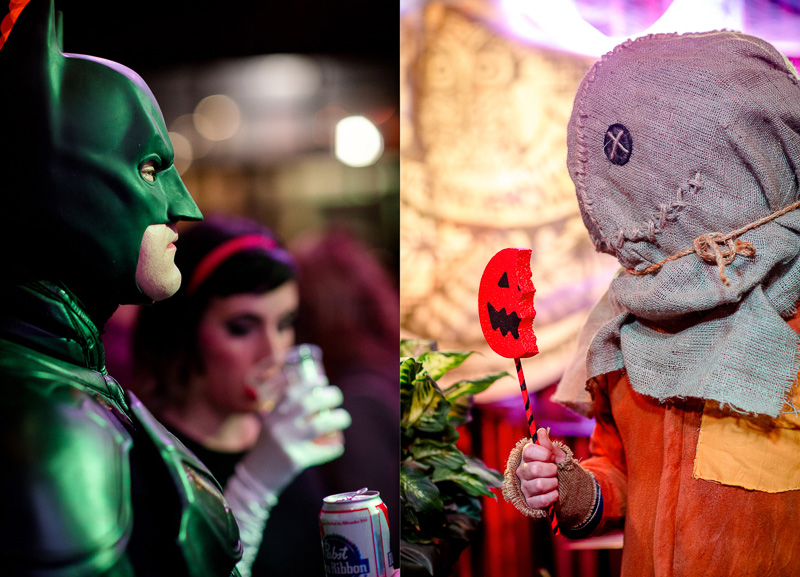 Saturday’s Gorehounds Set Was About The Most Hallowen Thing Ever.

The tradition of wearing Halloween costumes dates back to the late 1500s — although, back then, embodying the souls of the dead was more en vogue than the Harley Quinns, Star Wars characters and sexy Donald Trumps that were so prevalent this past weekend. In more recent decades, it’s also become a tradition for bands to masquerade as their idols, dressing and learning tunes from their catalogs.

This was the case at Three Links on Saturday, where Sealion dropped its margarita punk persona in favor of an all-too-brief Pixies set. The band burned through hits like “Debaser,” “Broken Face” and “Where is My Mind?” just as intentionally sloppily as the legendary Boston alt-rockers, but never with quite as much abandon. Still, watching this beauty unfold next to all manner of demons and faux pop culture personas looking on towards the ghoulishly decorated Three Links stage was pretty magical. And for its part, even playing somebody else’s tunes, the Dallas margarita punks found their crowd dancing and colliding as much as ever.

Before that set, Denton’s Pink Smoke once again pulled out its Damned tribute act, Stab Yr Front, pulling off songs like “Smash It Up,” “Neat Neat Neat” and “Stab Yor Back” with its usual aplomb. Almost as fantastic as its spot on — hell, maybe even tighter — versions of The Damned’s catalog was its penchant for witty stage repartee that finds its members speaking in character as if still trapped in the late ’70s, while retaining some humorous bits of anachronistic vocabulary. (Example: The guitarist might reference a tweet in his banter before the band’s puzzled looking frontman asks what the fuck a tweet is.)

There’s just something a little more lighthearted about an all-local Halloween bill, too. Maybe it’s the absence of posturing or scene politicking from the bands, or perhaps the acknowledgment from the whimsically dressed crowd that, hey, everything is in good fun.

That was certainly the case with local Cramps tribute act The Gorehounds, who took the stage post-costume contest. Already armed with the ability to make a random Tuesday in March feel like Halloween, the band’s long been established as one of the most fun live acts in town. On the actual holiday, though, when the rest of the crowd is as dressed up (or down) and uninhibited as the collective of musicians and burlesque dancers on stage is, The Gorehounds can be found truly in its element.

Halloween or no, there’s certainly no arguing that it’s the most photogenic band in town. How convenient, then, that we had photographer Allan Hayslip on hand to snap a few choice shots. 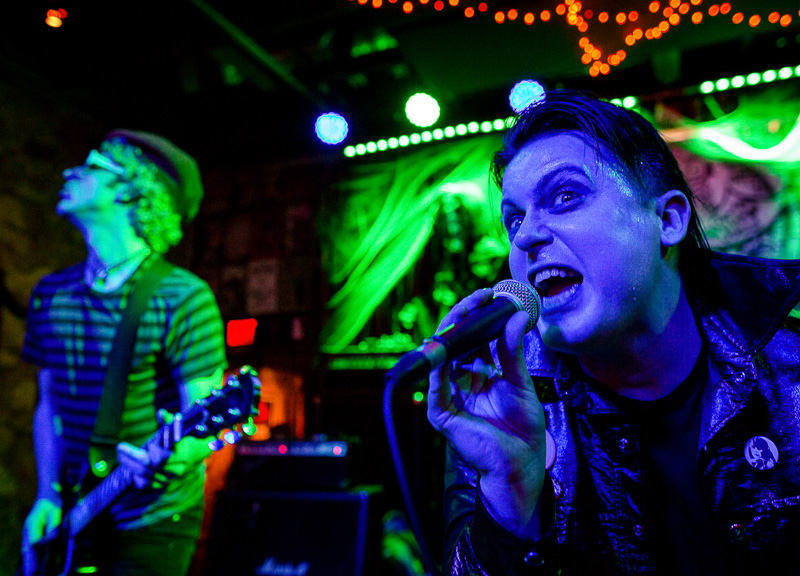 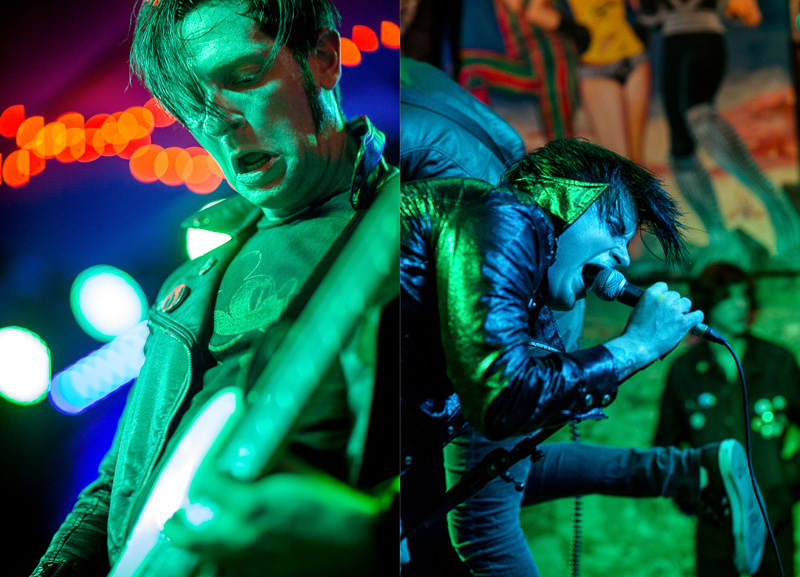 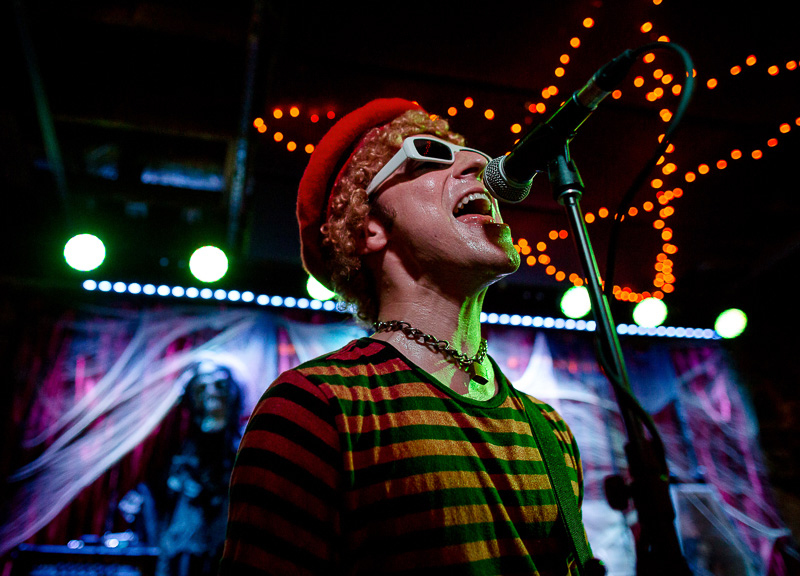 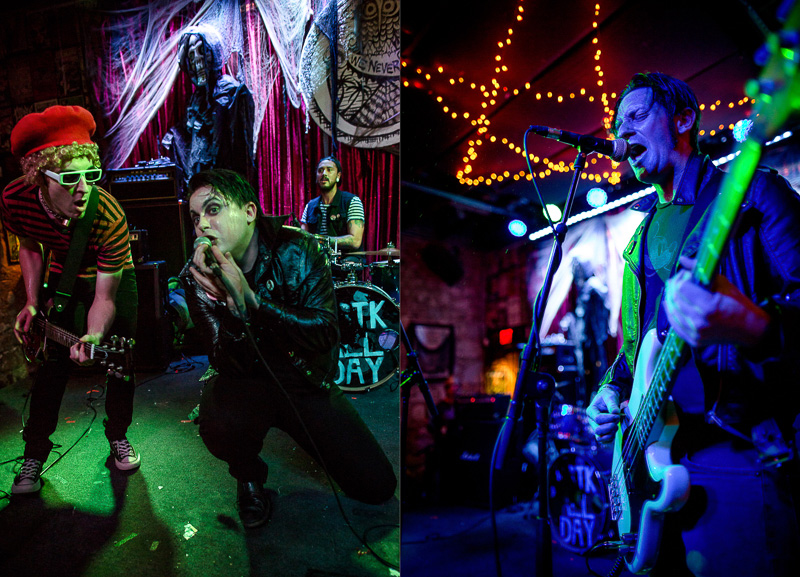 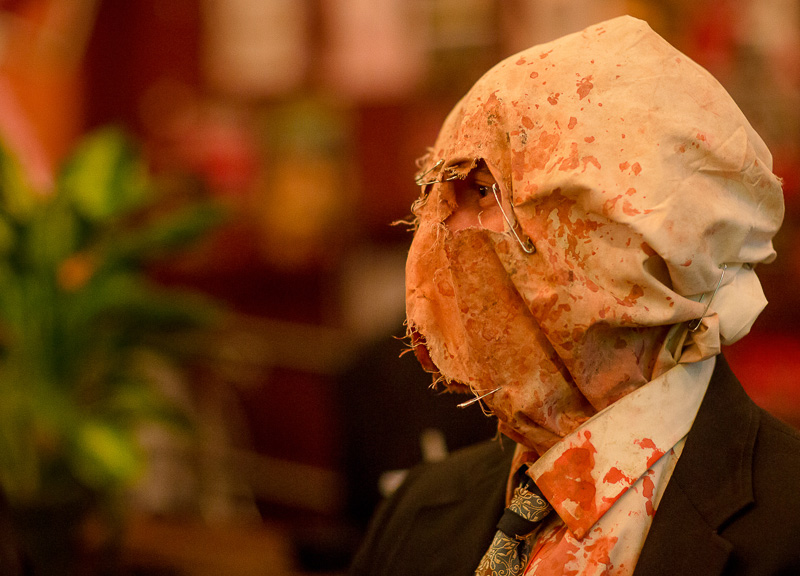 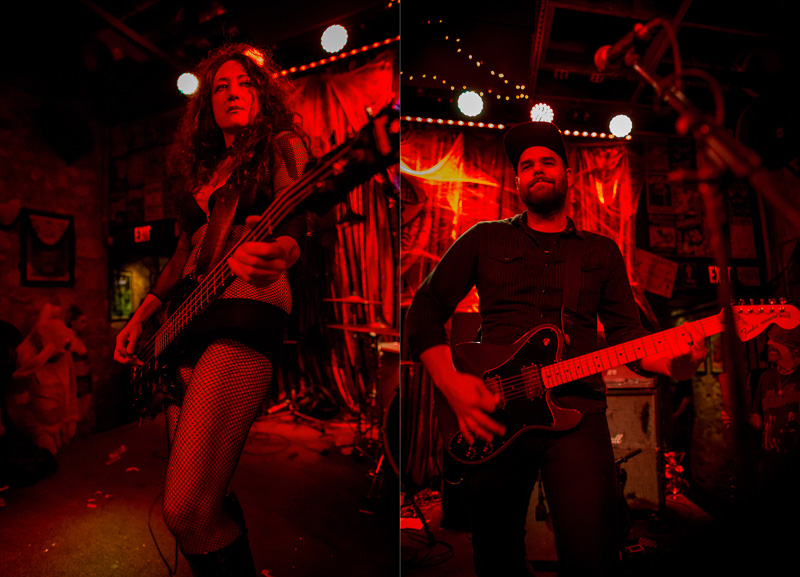 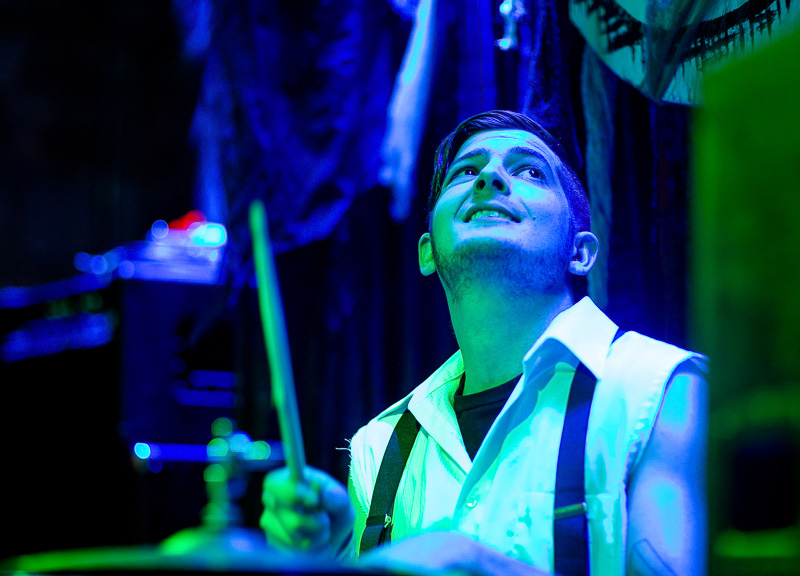 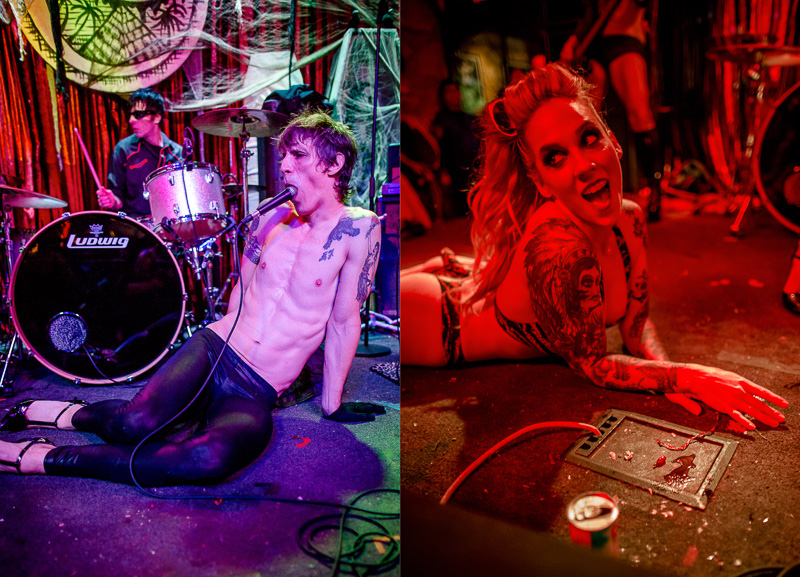 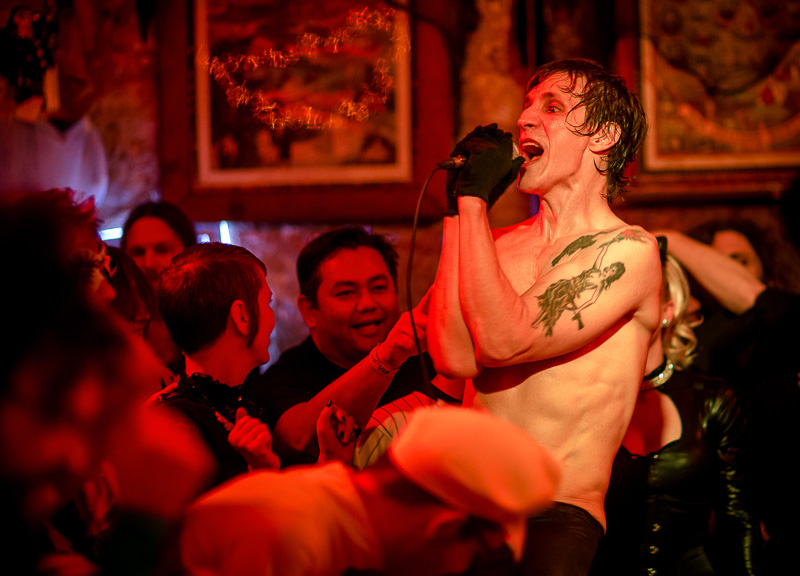 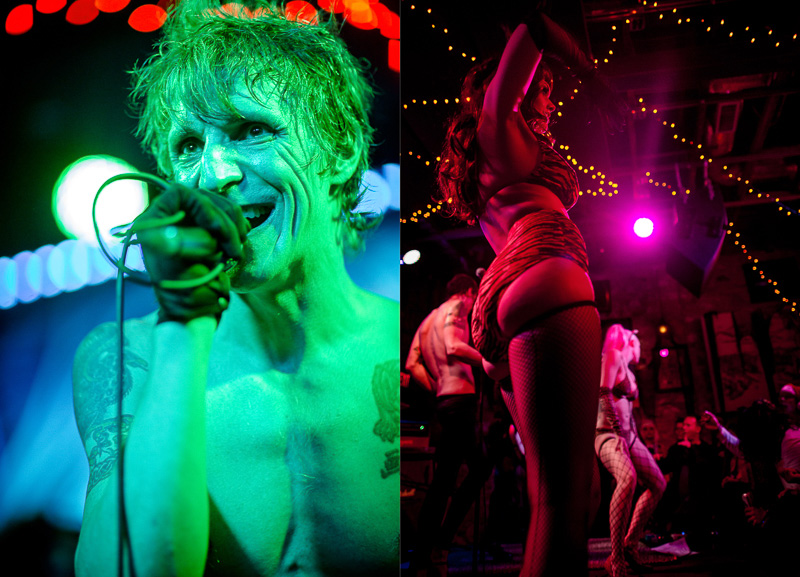 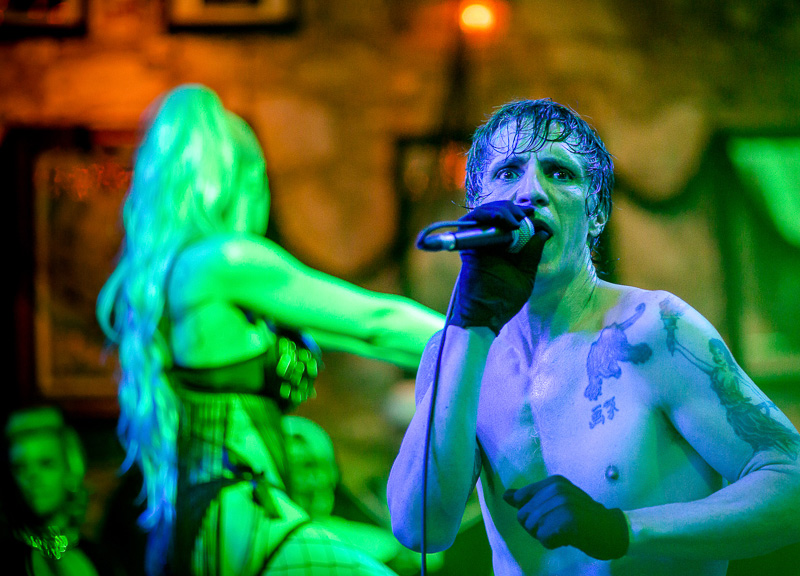 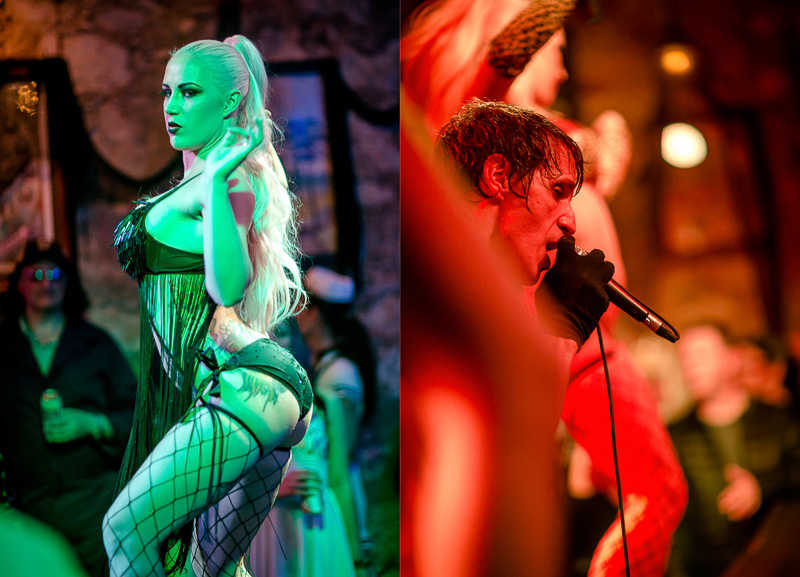 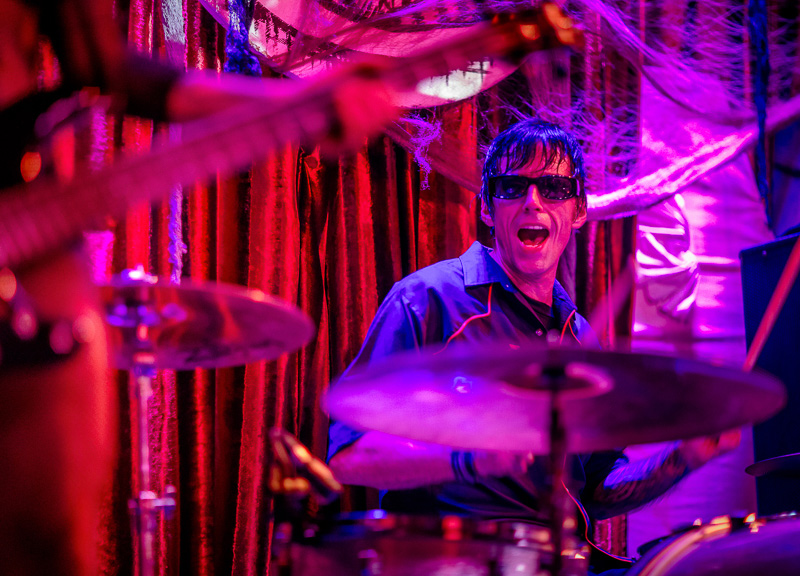 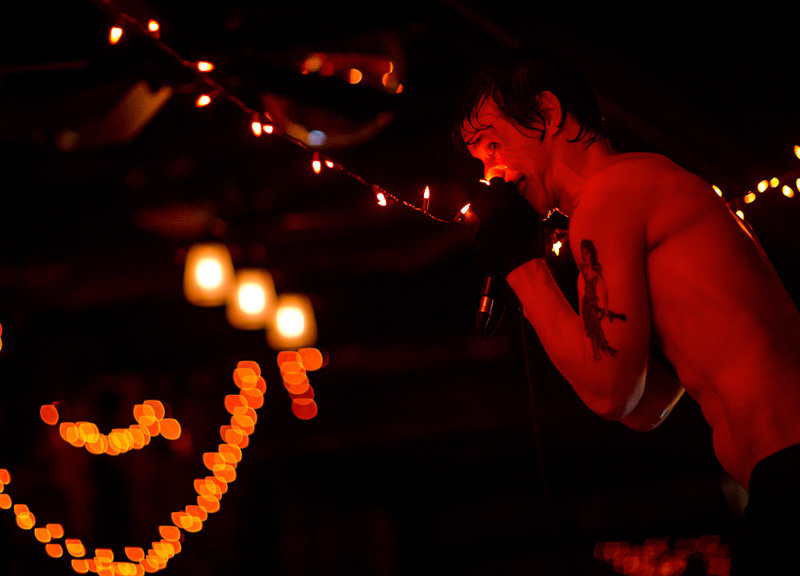 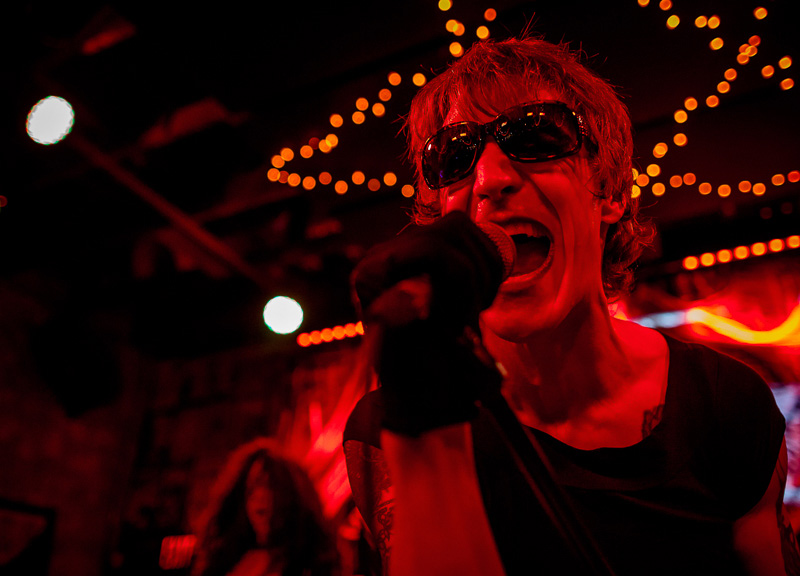 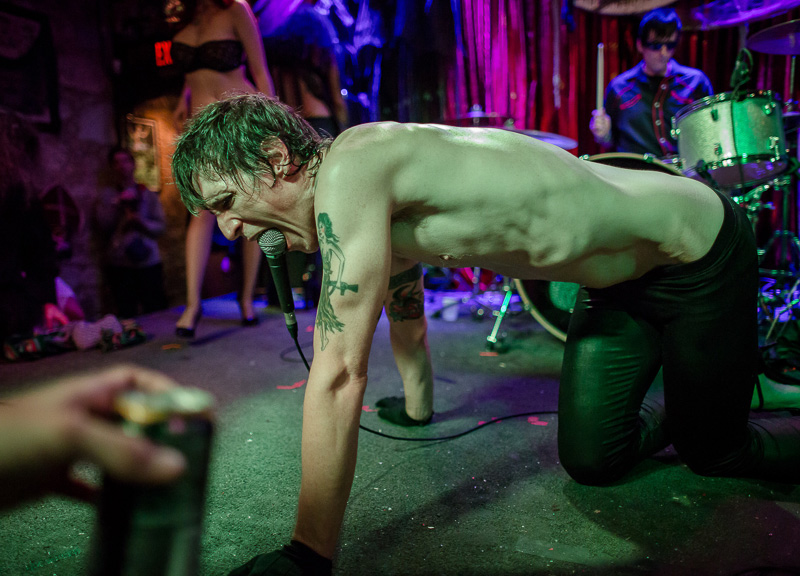 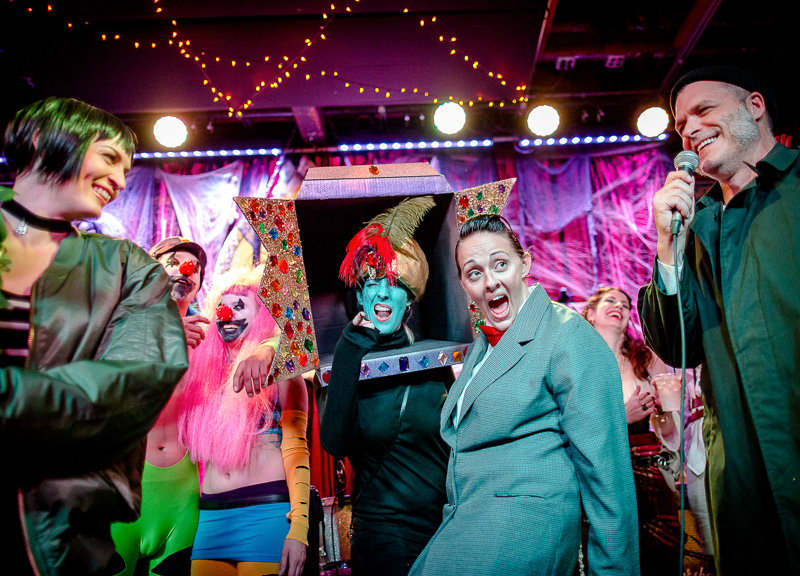 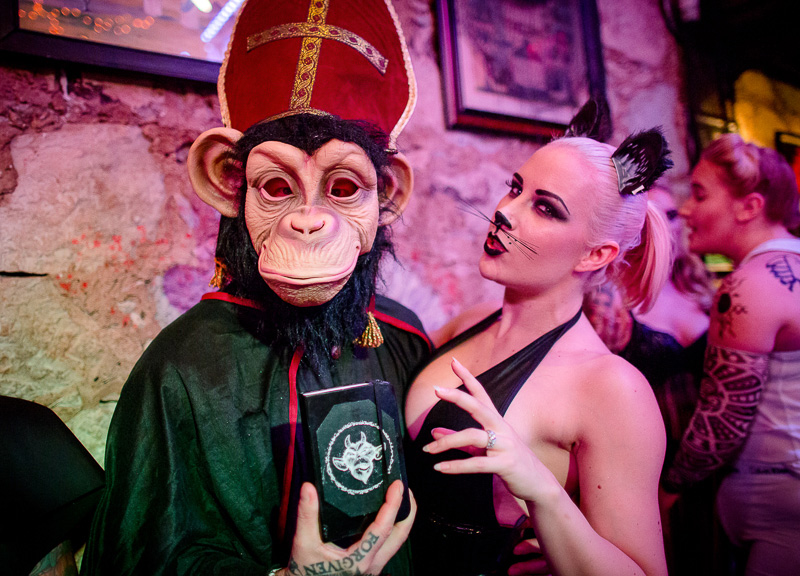 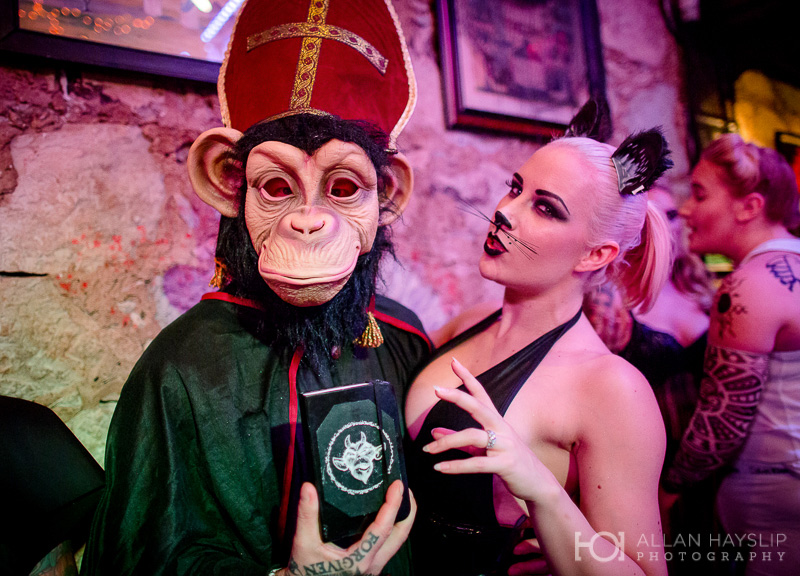