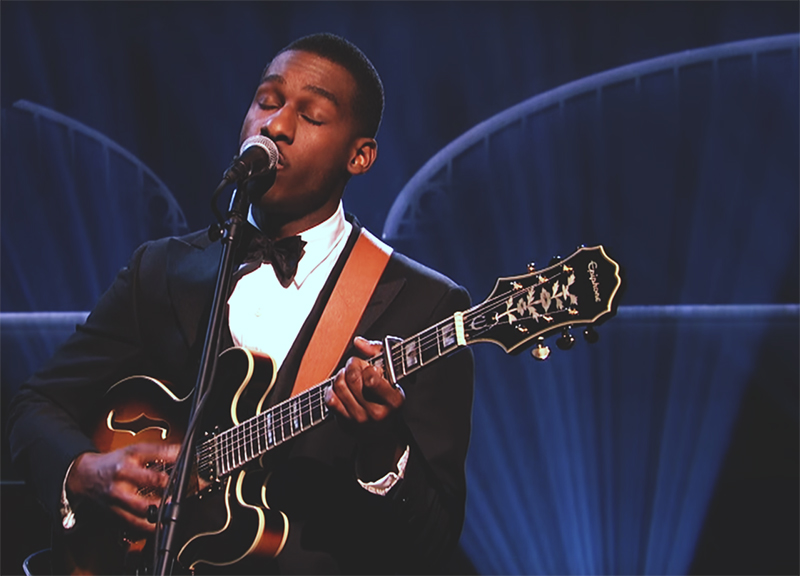 Who is this Leon Bridges guy from Fort Worth, and, more importantly, where does he get off? Didn't this one-time North Texas busker realize that, on Saturday night, the region's reported best bands were all supposed to be performing across Deep Ellum's many stages and not appearing on late-night television? Were his three other late-night TV performances from earlier this year not enough to sate his ego? Not even when served alongside an awards show appearance with Macklemore, performing with the Beatles and sharing a stage with Willie Nelson and Neil Young? Couldn't his Saturday Night Live appearance have, y'know, waited?

Surely, I kid. Convenient way to rattle off Bridges' many accomplishments this year before sharing the videos of how he did (great) while performing alongside his usual crew (plus a choir from Nashville) in front of a massive audience, though!

Here he is, dancing his way delightfully through “Smooth Sailing” in his first song of the night”

And here he goes taking things down a notch for “River,” with the also-great Brittni Jessie sounding stellar, too:

Anyone surprised that he did well at this point? He even killed it in the promos for the December 5, 2015 episode, hosted by Ryan Gosling:

Actually, it was a pretty great episode as a whole, thanks in no small part to this new, sure-to-be-classic sketch:

Thumbs up, all around.