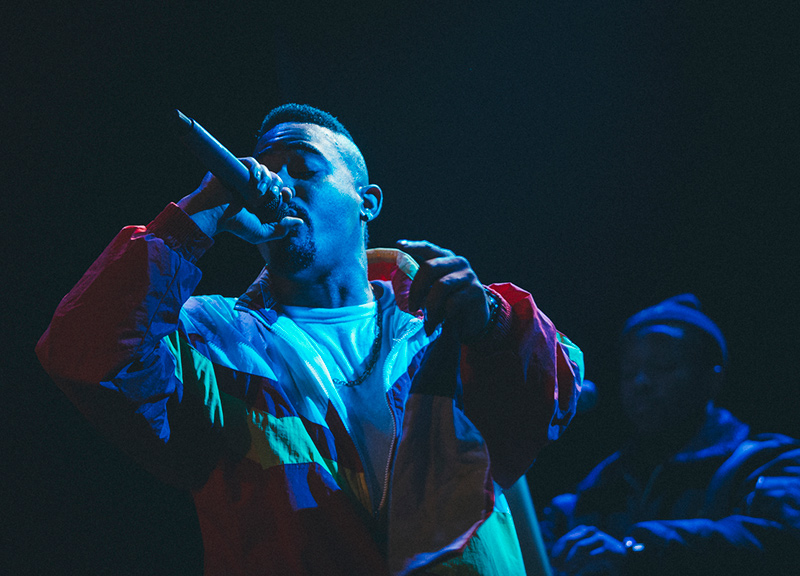 Scenes From Last Night's Run The Jewels Show at Trees.

The fact that hip-hop's consumption base is constantly changing does not mean that the craft itself has necessarily lost its way. If anything, it just means that the genre is now capable of reaching a wider audience than it ever has before — a development that can produce some quite positive results, actually.

Take, for instance, last night's show at Trees, which featured Run The Jewels, Rat King, Despot and Dallas' own The Outfit, TX.

This night proved to be an emotional elixir of sorts for hip-hop lovers. It provided a much-needed a confidence boost to this set's so often beat-down morale of the day, while reassuring them that hip-hop, though it may be devolving in some ways, it's still evolving impressively in others.

Of course, this was perhaps to be expected of this night, which seemed destined to draw a large and deeply hip-hop-affectionate crowd as soon as it was announced. And for good — if wholly unanticipated as recently as two years ago — reason.

Let's just be real here for a minute: Prior to their collaboration here, Run The Jewels' members had been, for the most part, niche performers. Beyond his collaborations with Outkast and more specifically Big Boi, Atlanta's Killer Mike has been an underdog of the Dirty South. Always has been. Meanwhile, El-P, Mike's rapping and producing partner here too mired outside of the mainstream, even as the head of the the adored underground Def Jux label. Individually, they've been appreciated, respected and even critically acclaimed within hip-hop circles. But, ultimately, theirs have been limited followings — perhaps even tragically so — within the grand scheme of hip-hop.

Until now. Combined as Run The Jewels, their whole is indeed greater than the sum of their parts. The attention being lavished upon the twosome these days is as great as anything Killer Mike or El-P has individually experienced prior. It's been an organic, exciting thing to watch: Following collaborations from one another on each of the two's solo LPs in 2012, they released Run The Jewels almost as an almost throwaway free download in 2013 — only to find their efforts universally praised and their eventual touring efforts in support of that one-off suddenly becoming in-demand. Their also-free, October-released follow-up, Run The Jewels 2, only garnered more of the same.

Almost accidentally, these idealistically similar but ultimately vastly different performers have together stumbled upon the pinnacles of their individual careers — a result that no one, least of all Killer Mike and El-P, could have anticipated.

So when El-P addressed this Dallas audience after a thunderous reception to the set's opening salvos, and thanked them for their support, the passion with which he did so rang authentic.

“We've been waiting our whole lives to get here,” he said, his face straining in emotion as he did.

The crowd knew just what he meant. And they appreciated everything about it.

But this night was more than just about congratulation. The presence of openers Ratking, Despot and The Outfit, TX, suggested a still-present appreciation for underground and experimental sounds, too. The two New York-based acts in particular provided a welcome balance on the bill, covering a spectrum of niche hip-hop in their sets. Ratking showed off a sort of grime-meets-classic-hip-hop blend as if Flatbush Zombies some how traveled back to 1997 and recruited Slim Shady as its emcee. Despot brought with him the emotionally charged, eclectic sounds trademark to Def Jux. On this bill, they served as reminders of where Killer MIke and El-P had themselves come from. In turn, the audience responded to these sets with genuine interest, fully invested in the names on the bill.

And aside from the kids up front, the crowd was mostly an adult one, too — something that was fitting, given El-P's acknowledgment in RTJ's “Twin Hype Back” that, unlike Wu-Tang, “Run The Jewels is not for your children.” No, this was not a drunken audience jostling for floor space. Nor was it one that congregated in huge numbers outside for smoke breaks on the patio. Most people just calmly maintained their stations for for the show.

Once Killer Mike and EL-P donned the stage, that of course changed, and the crowd proudly displayed its excitement for the moment. Their participation through clap- and singalongs was greater than what you'd see at the average hip-hop show, too, and, in turn, a significant chunk of this show saw the audience waving its arms in unison, a sea of rhythmic solidarity. There was no drama or anything to distract from the pure enjoyment of the show — an unfortunate rarity at these types of events. Hell, when the crowd started to get especially rowdy early on in the headlining showcase, Killer Mike paused the proceedings to remind everyone here that it was important for the crowd to take stock of those standing nearby, because if anyone was being made uncomfortable by all that contact, it was important to help them out of the situation.

Yes, this night was very much all love and respect. And though the show ended promptly at around midnight, that spirit didn't necessarily end right then and there. Those who were willing to loiter a little after the show ended had the chance to run into Killer Mike and El-P alike at the merch booth for selfies, daps and hugs.

It might not have been the most diverse audience, but the chill vibe of the night allowed people to experience the music without unnecessary distractions or the fear of one's personal space being invaded.

It was all about the music and having a good time. And that's what every show should be at it’s core. 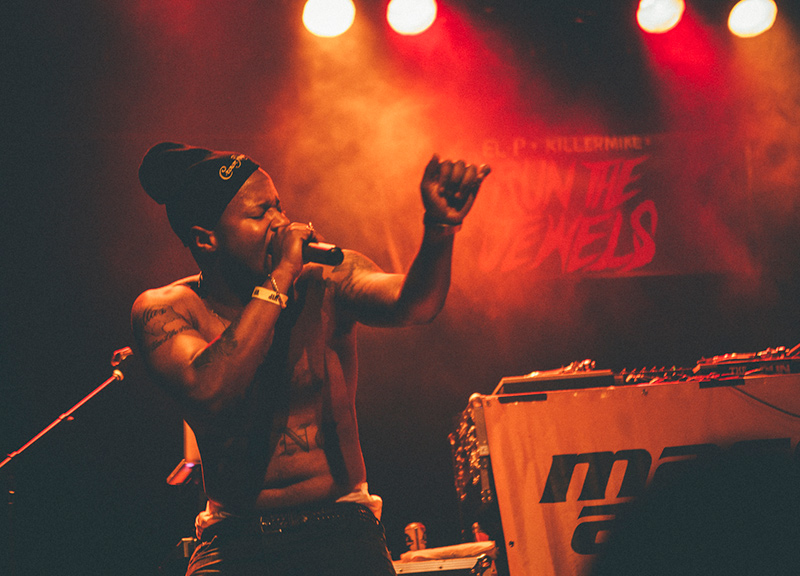 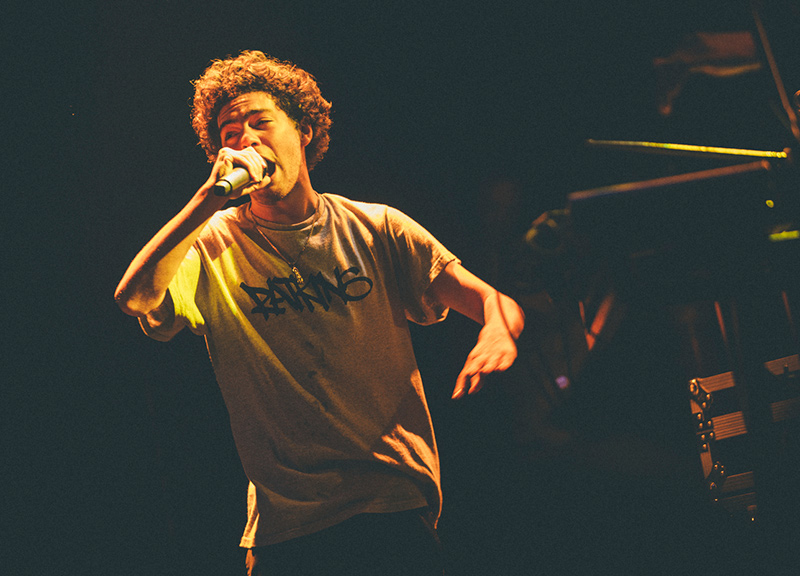 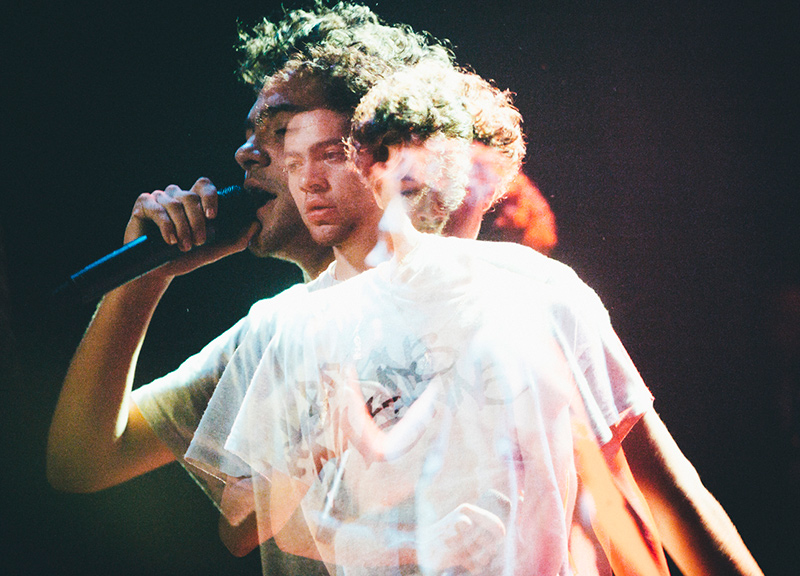 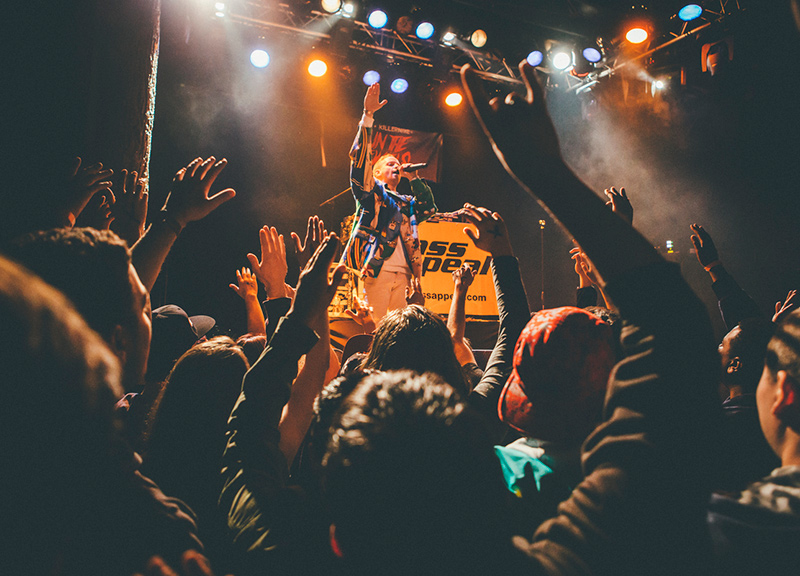 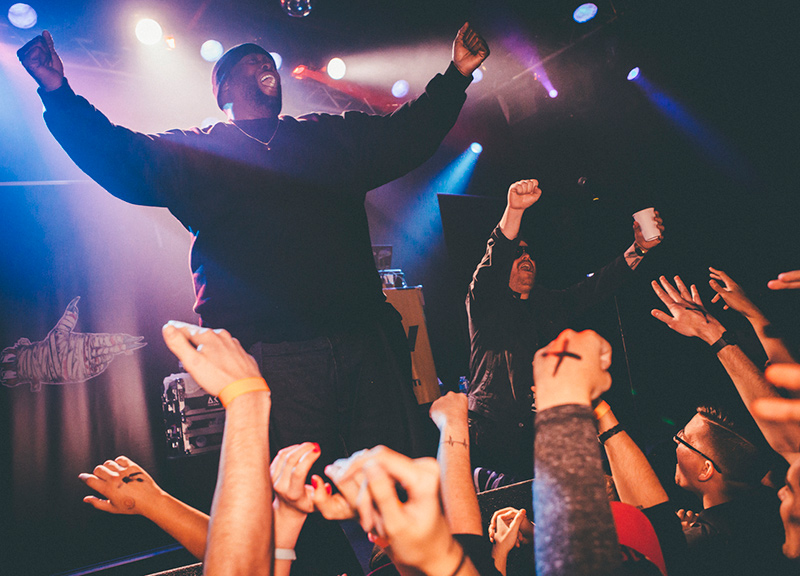 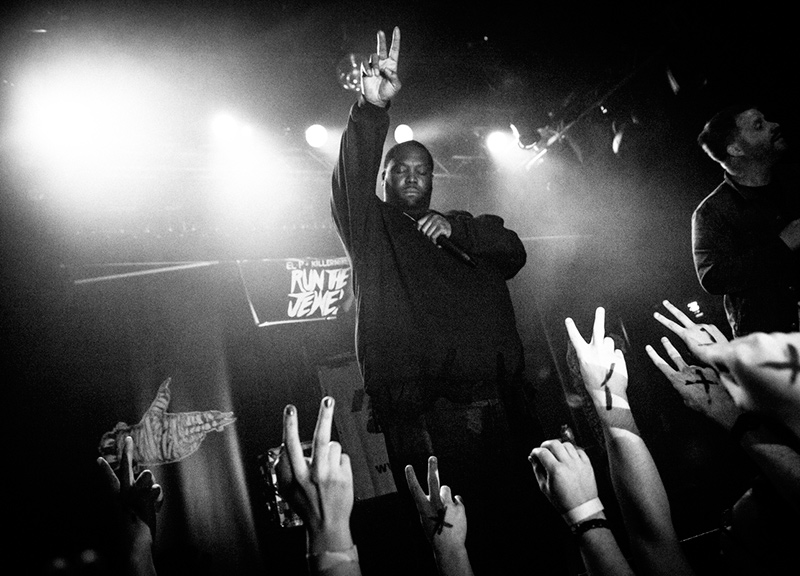 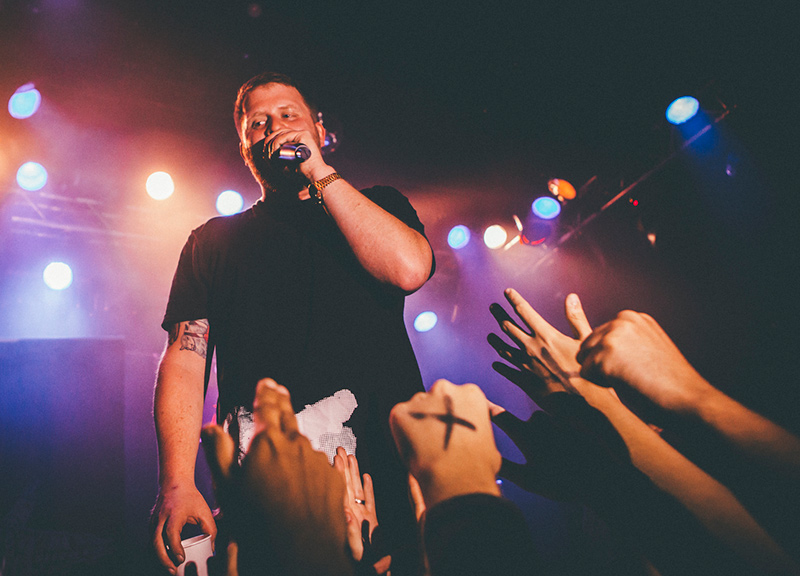 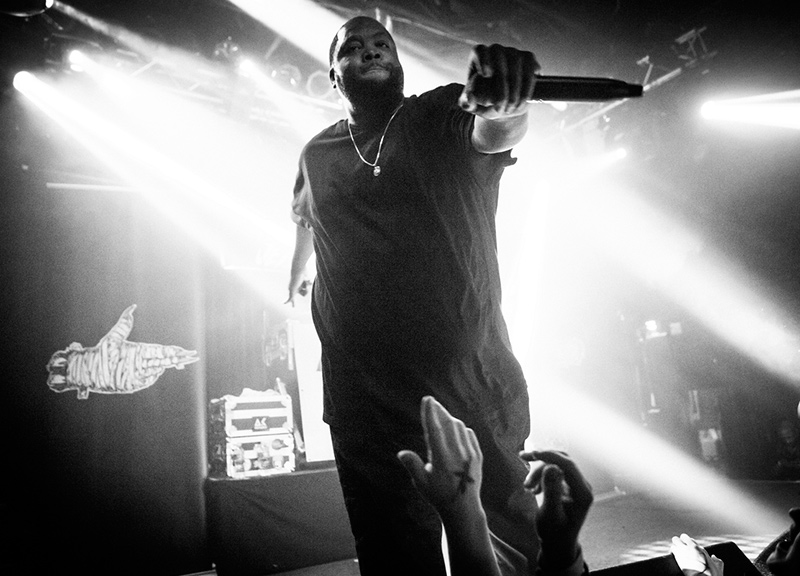 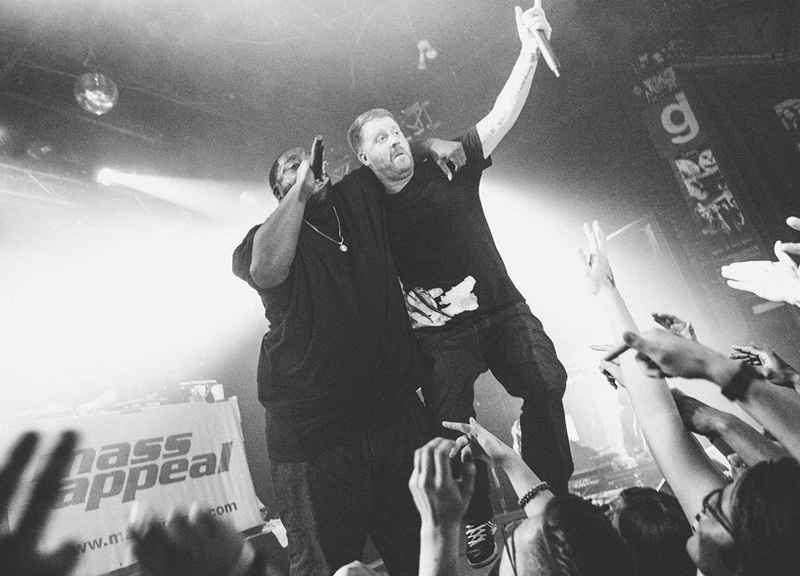 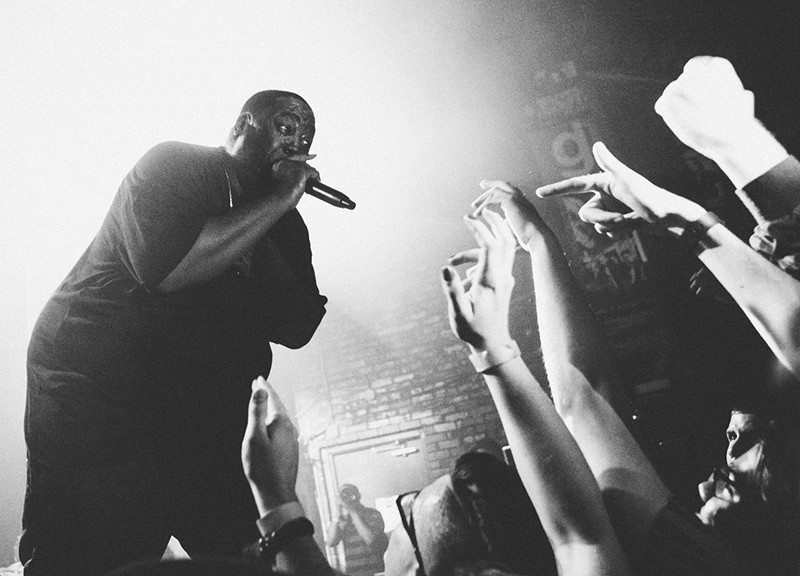 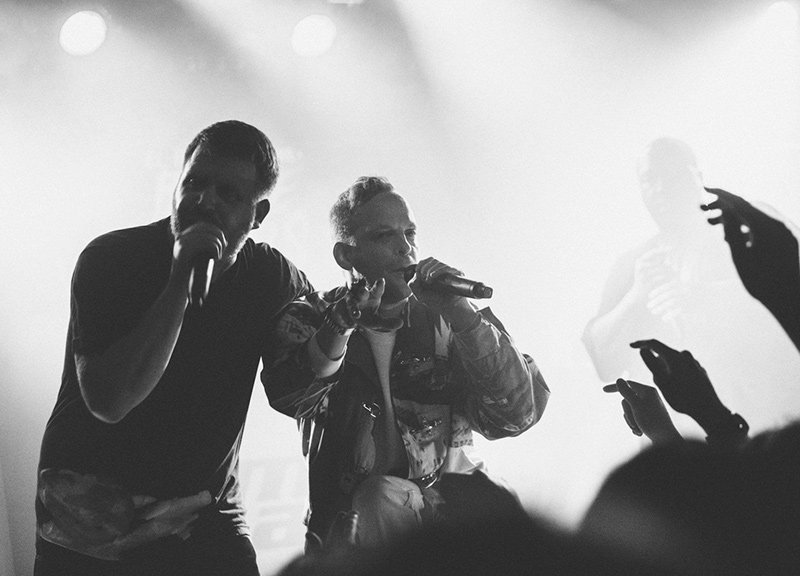 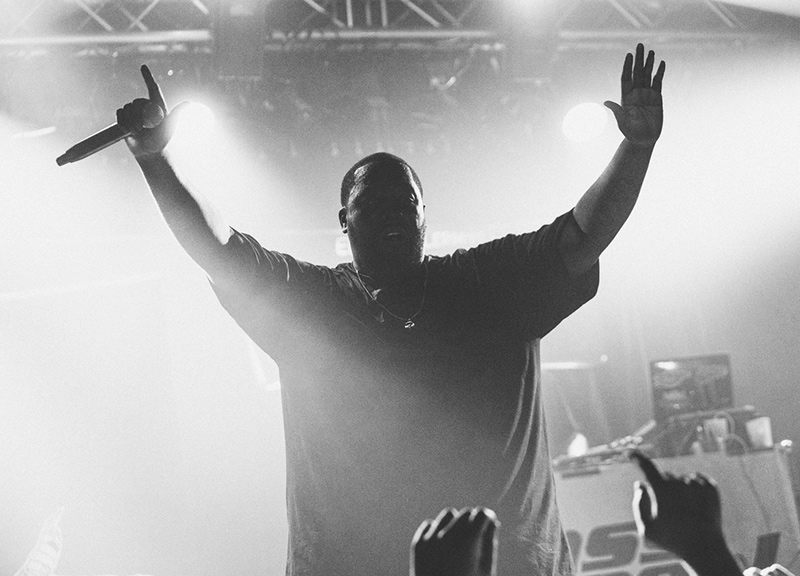 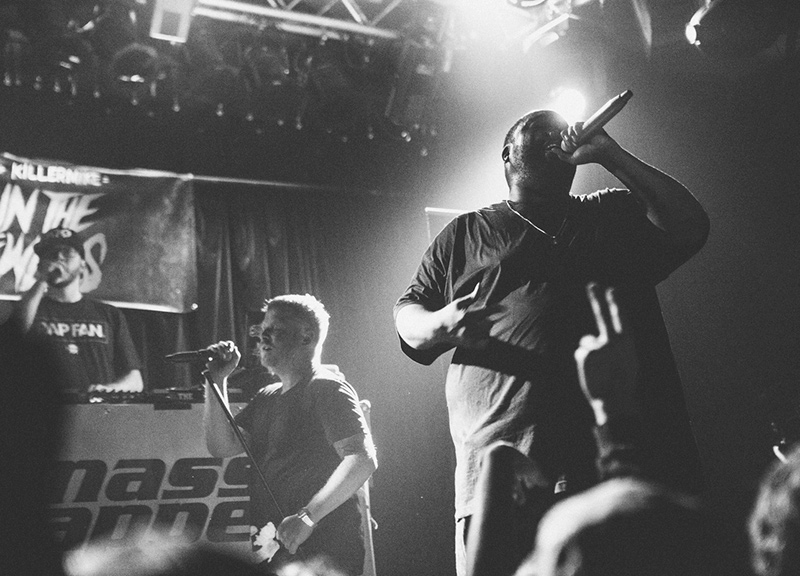 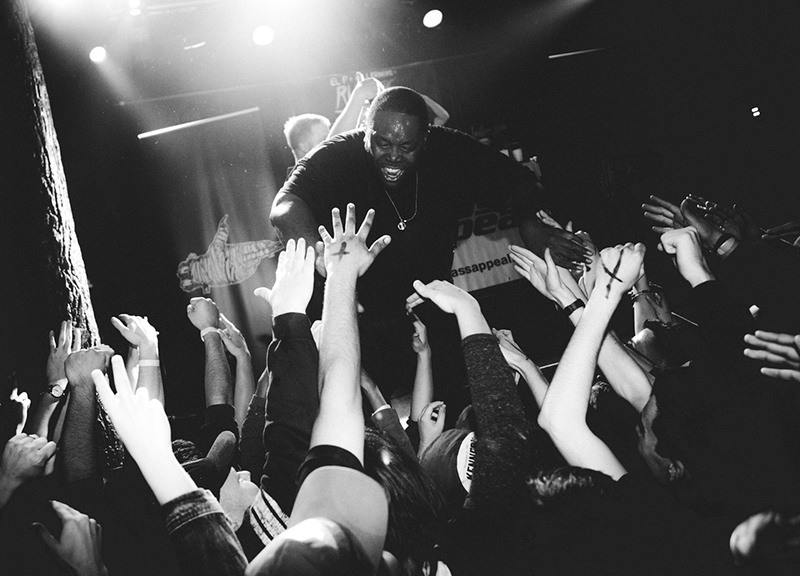 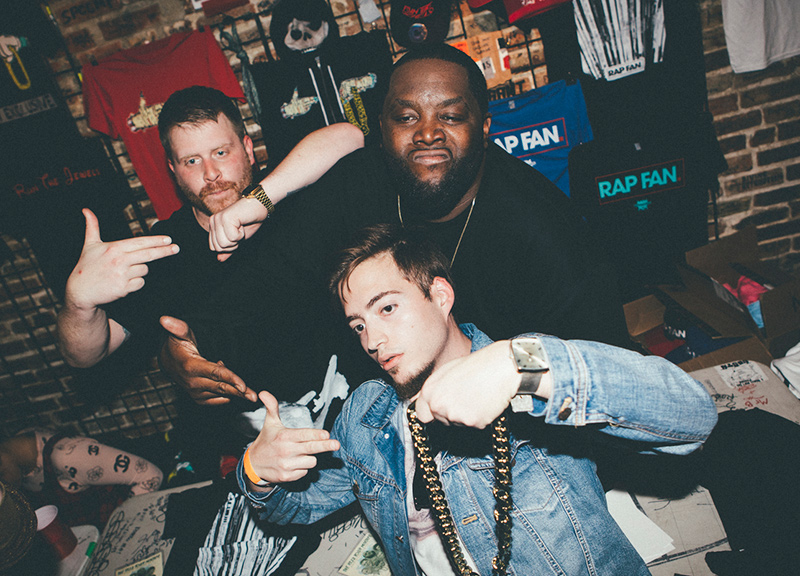 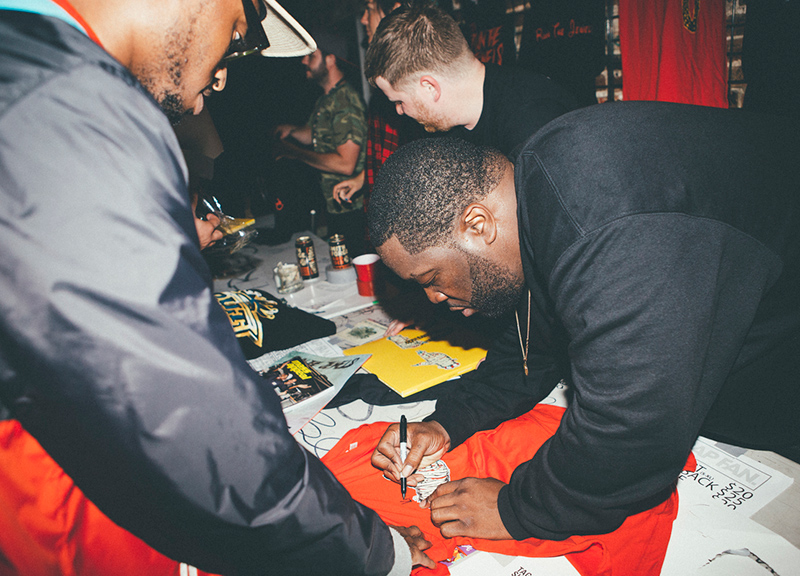 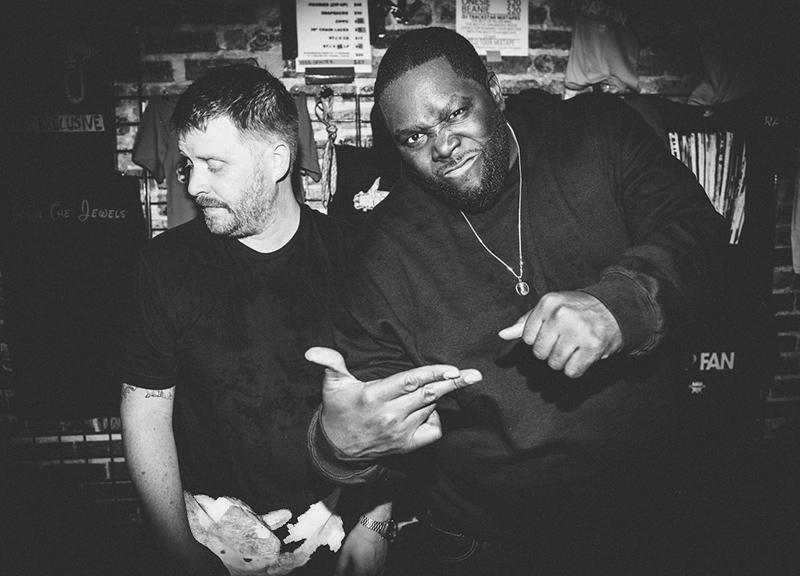 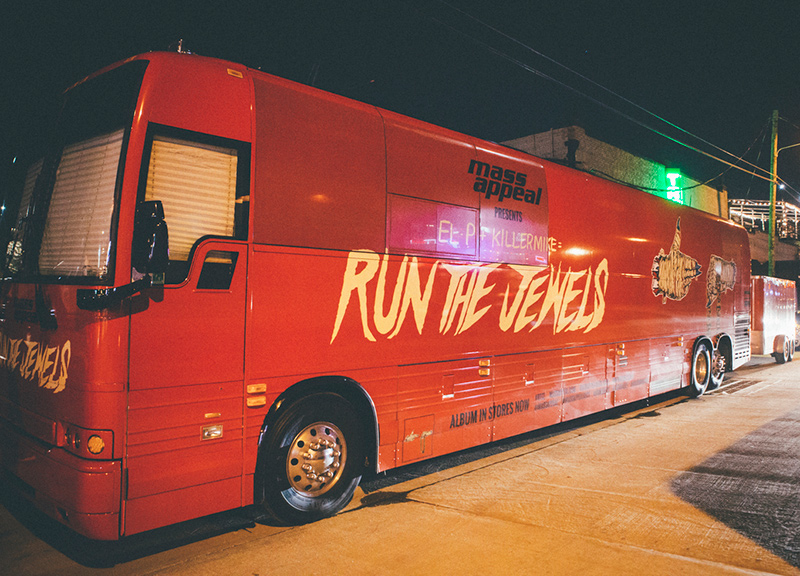