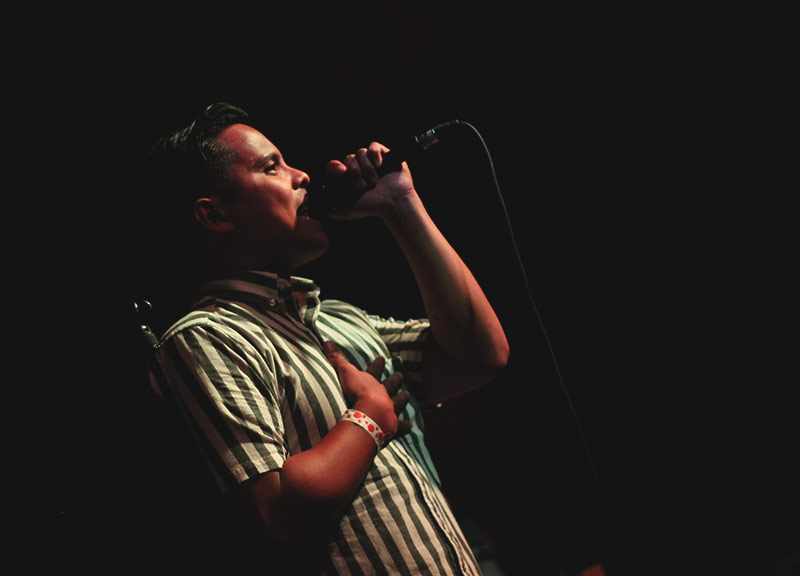 After Simmering Through The Warped Tour, Larry g(EE) Comes Home.

Earlier this summer, there came a little bit of a surprise out of the Larry g(EE) camp.

Seemingly out of nowhere, the area soul-funk outfit from the minds of vocalist Larry Gayao (formerly of Odis) and producer Beau Bedford (formerly of Jonathan Tyler & The Northern Lights) announced that they had won a contest to tour as part of the Warped Tour.

And there were plenty of questions.

How would the soul-funk of Larry g(EE) fit in amongst the largely emo, screamo and punk offerings of the Warped Tour? And how would this outfit, which had traveled previously from Dallas to such locales as New York, New Orleans and Nashville for one-off gigs but never really toured, handle the grueling schedule?

In advance of the band's performance at our free, six-month anniversary celebration at Dada on Sunday night, we caught up with Gayao and Bedford last Friday night, immediately before their welcome-home gig at the Prophet Bar, to find out the answers to these questions and to see what lessons the band learned while out on the road.

Tell me: How'd you even come to apply for Warped Tour? Seems like an odd thing for you all to even consider, to be honest.
Gayao: It was a little weird, yeah. This site that we're on, OurStage.com, put it out. They'd already hit us up about submitting songs for ESPN and some things like that, but those didn't work out. Then they hit us up randomly and said we should submit to be on the Warped Tour. I was like, 'Really?' But it was also like, 'Well, OK, whatever. If it doesn't work out, no big deal.' But then I got an email and they said, 'You're in the top 50!' Then the top 30, then the top 10. Next thing I knew, we got an email saying, 'You're the national act set to play all these national dates!'

How were you picked? Was it a voting process
Gayao: Yeah, by the public. The song we picked was 'Yo Mama,' so…

You just made a face when you said that. Why?
Gayao: Well, I mean, because the song's called 'Yo Mama!' Of course people picked it!

But your music isn't exactly what the Warped Tour is known for. Was that a worry heading into the application process?
Gayao: A little. And when we got picked, Beau just couldn't believe it. He was just like, 'We did not just get picked for the Warped Tour! No way!' I had to forward him the email to make him believe me.
Bedford: Yeah, he did. Listen: We're a soul-funk band. This is a tour that's all about metal, punk rock and emo music. We're not that.

When you finally got out there, did your perspective change?
Bedford: Well, our first show was in Detroit, and, heading into that, we just figured we'd try to take it for what it is and make the best of it. The first thing we did was talk about the fact that our sets were only 25 minutes long and that we just had to be super high-energy throughout. It doesn't really matter what kind of music people like, we just wanted to put on a high-energy show. And, the thing is, it was a pretty stripped down performance we were doing. We usually play with a whole crew of people, but this was just drums, bass, guitar, keys and a multi-instrumentalist. It was super stripped down, but we just tried to make it as fun as we could and to go for it.
Gayao: It was crazy just setting up for that first day, though. It was in Auburn Hills, Michigan, right outside of the Palace, where the Pistons play. It was a culture shock for me, for sure. I'd never even been to a Warped Tour.

How much had you guys even toured before that?
Gayao: I'd toured here and there before with previous bands, and played some one-offs. But this was totally different.

We just jumped in. It was tough, though. The first two days, I remember, we didn't even sell one CD. And the reaction from the crowds just weren't that great. The cool thing, though, was that our assigned sound guy loved us. He was just a huge fan of soul music, and we built this great rapport with him. So, after we played Chicago, things started to pick up. Our drummer, Aaron [Haynes], for whatever reason, he just caught fire. We had a listening station set up for our music, too. We just started moving units. It was crazy. And then, in Atlanta, it was so weird; we just sold so much music. It was the weirdest thing. He'd just wave people over and say, 'Hey, come listen to this!' That's just not my style. I'm not like that. But he is. And it was so great.

Do you guys think that the fact that your sound was so different from most of the bands on the tour actually helped you make some sales?
Bedford: Oh yeah. I think it definitely helped. I mean, we were the oddball. All the kids that came out to our shows were like the freaks and the geeks, and, from their perspective, we were even more outside of that idea.

It totally helped. Every time we started playing a set, we'd have 30, maybe 40 people out there. But, by the end of most every set, it would grow.

It sounds like your whole perspective on the tour changed pretty quickly.
Gayao: Definitely. By the time we got to Long Island, we were all about it. They do this barbecue at the end of most shows and [Warped Tour mastermind] Kevin Lyman would cook, and they'd play all this classic hip-hop. That night in particular, it just felt like everything clicked. That day was definitely the best set we'd played up to that point.

Had you developed a rapport with the other artists at that point?
Bedford: Even within the first few days, actually. We just started to develop some relationships with the other bands and they started to come check out our show. That New York day was a great example of what ended up happening the rest of the way. Other bands started coming on board and playing with us on stage. And then it was like, 'OK, we have our normal 11 people on stage!' We had another percussion player, another guitar player, background vocalists. Just people from different bands.
Gayao: A lot of them were from this hip-hop band from Oregon called Chicharones. I mean, of course we made friends with the hip-hop bands! And then there was a band from Austin called the Subculture Patriots. They came on board, too. And then this guy that plays drums from this hip-hop artist Justina, he came on and sang backup vocals with us. We made a lot of friends! And then the other thing was, our stage was placed right next to catering one day, and those guys just ended up loving our stuff. They'd show up trying to find out when we were playing and telling the other bands about us.

Bedford: They even played our music in the catering area! The whole crew itself was just really receptive. By the end of the tour, we had, like, 30 people just from the Warped Tour itself coming out to our sets. And, I mean, that's amazing. We were trying to keep things fresh every day for ourselves and they just kept showing up!

Sounds like it was an encouraging experience.
Gayao: It was a great experience, man. I would do it again in a heartbeat. I would be ready, though.

How so? What lessons did you guys learn?
Bedford: I mean, I dunno, I like to be an idealist and say that it's all about the music, but we definitely learned the other side of things out there. Other bands had these whole teams. And us? It was just the five of us rolling out our gear and merch.
Gayao: It was an eye-opening experience in that regard.
Bedford: Yeah, definitely. I think, if we were to do it again, we'd try to get more people to come out with us and help us. Truth is, Larry and I are just not great salesmen.
Gayao: We need more people like Aaron! He was awesome!
Bedford: He really was, though!

Now that you're home, what's next?
Bedford: We're just gonna hit things full force. We've got songs to finish and record.
Gayao: We've got some shows and offers, too. When the whole Warped Tour thing happened, my inbox just exploded. We had to tell people to wait on us, and, now that we're done, we're finally reconnecting with those people. We've got shows lined up in Nashville and in New Orleans. We're trying to pace ourselves, though. And we also know that we've got the LP to finish.
Beford: Yeah, that's the big thing.

Larry g(EE) performs with Oil Boom and The Rich Girls on Sunday, August 12, at our free, six-month anniversary celebration at Dada. 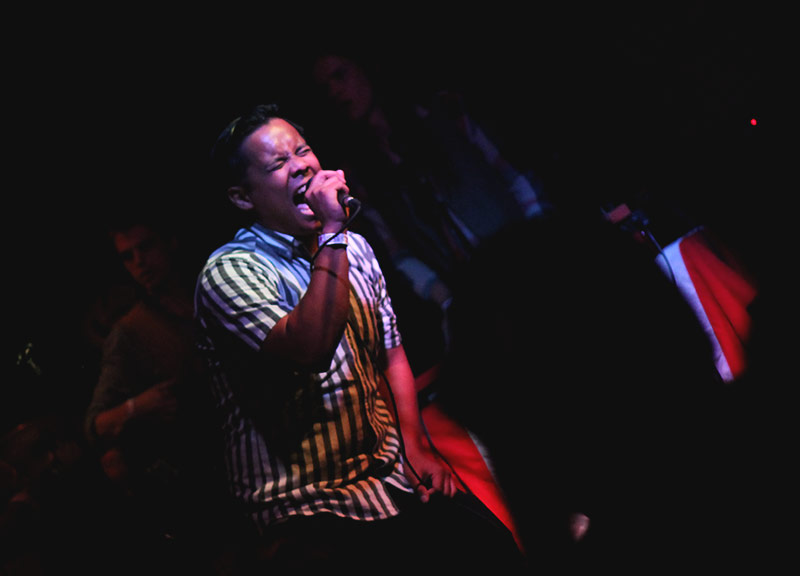 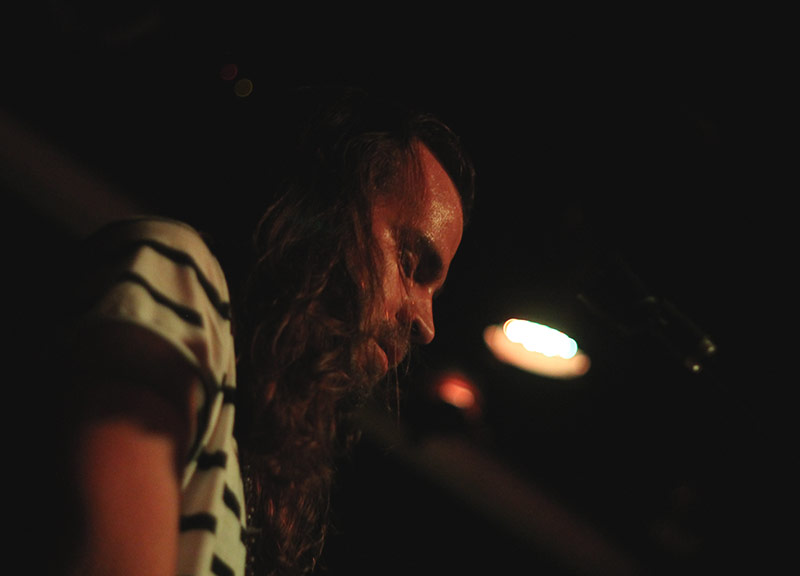 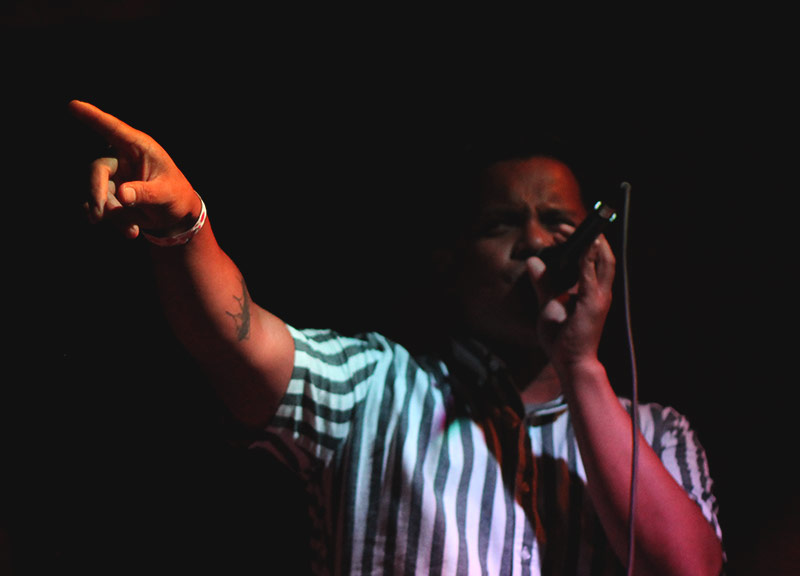 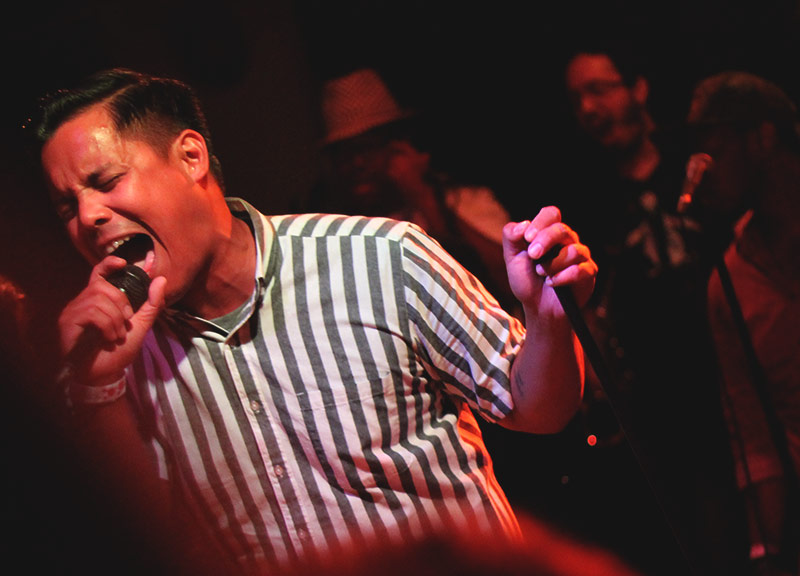 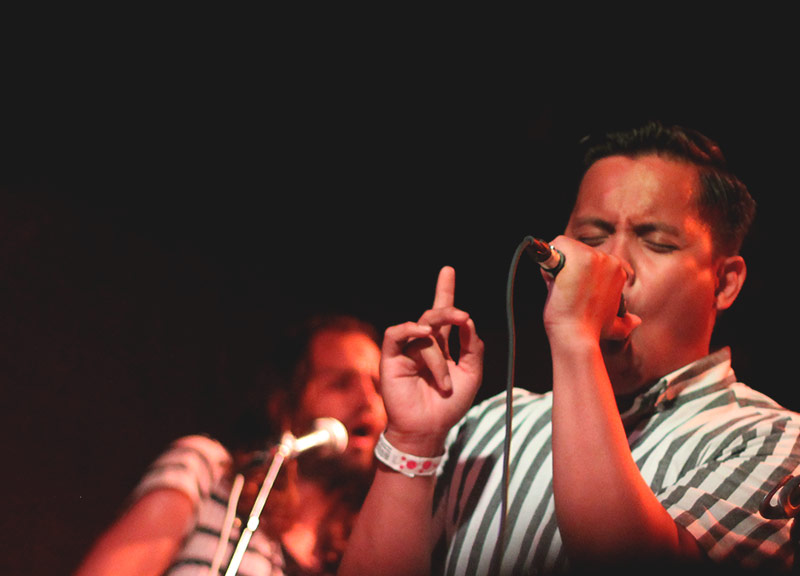 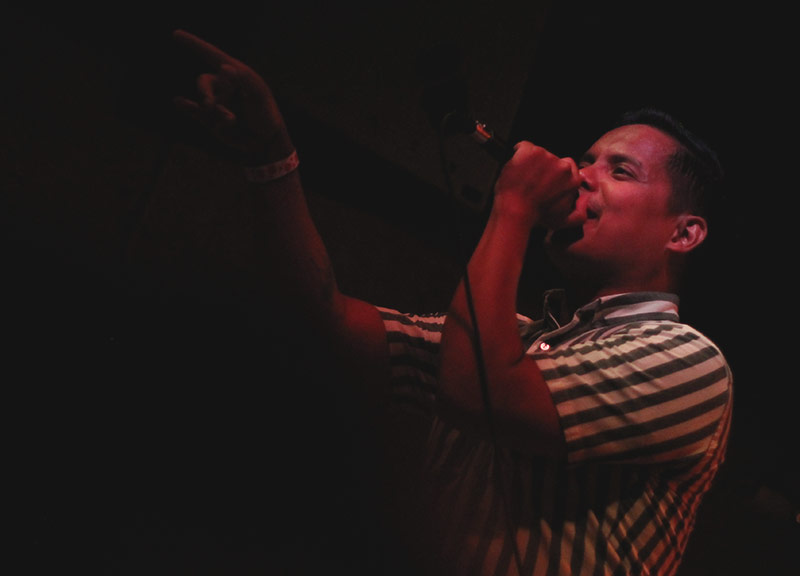 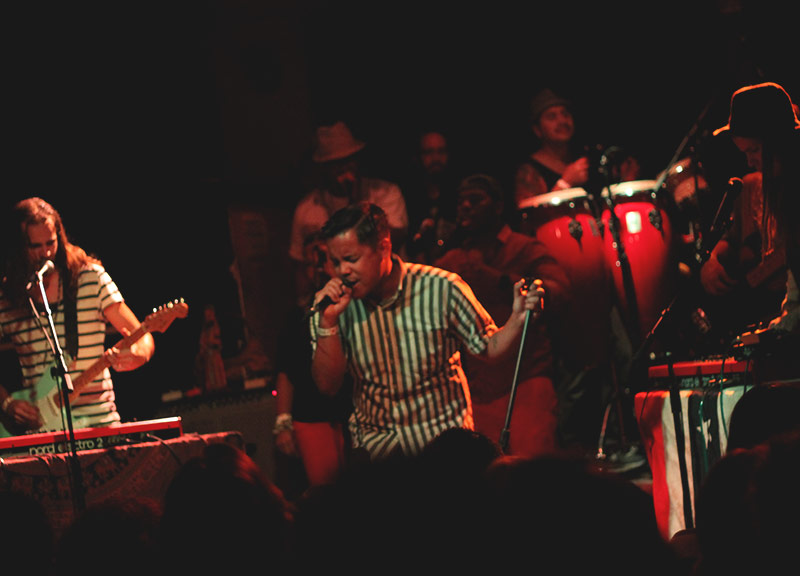 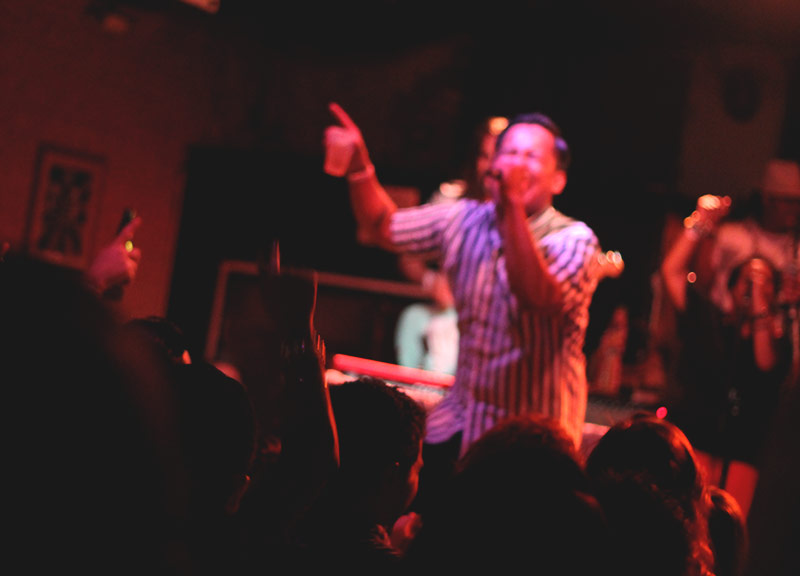 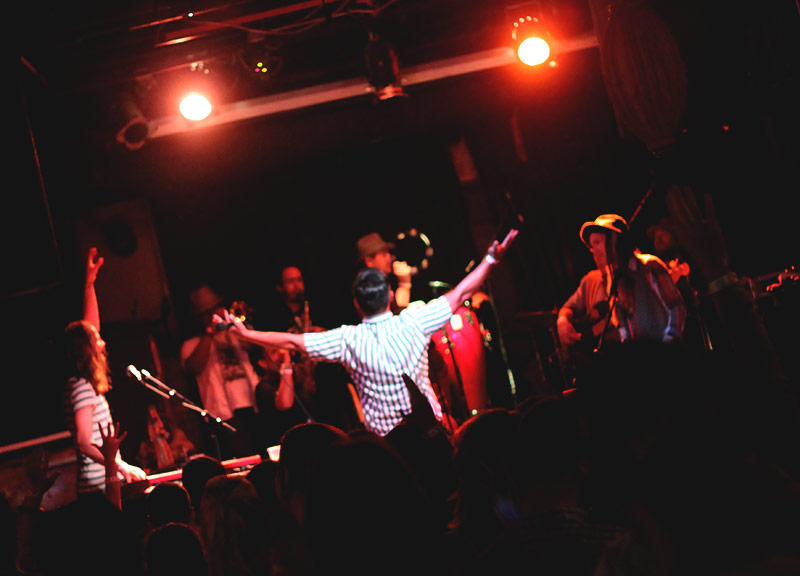 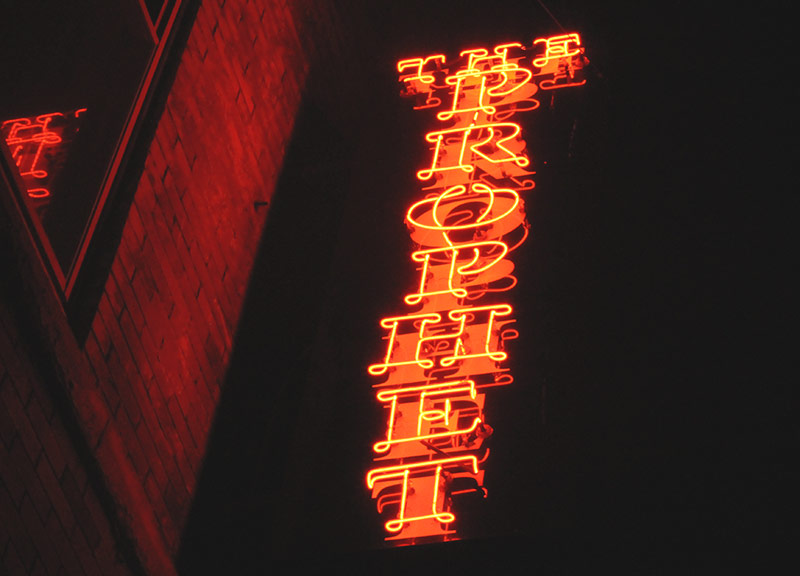