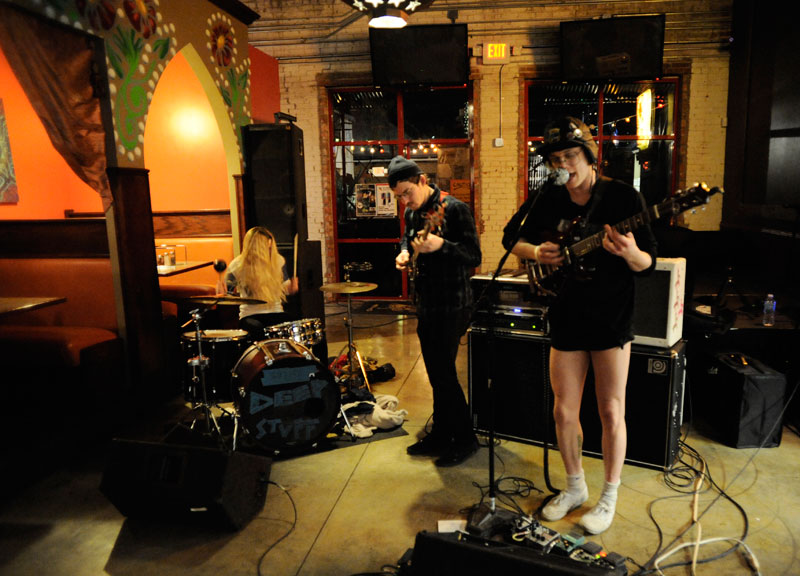 Yeah. Saturday was a bit messy up in Denton. Torrential downpours can do that to an outdoor music festival.

Thankfully, the main and second stage artists moved their sets indoors — and, hey, they did pretty well over there at The Hive.

Still, the shuffling around of the headliners did have a negative effect, delaying pretty much every other venue in town, as least for a bit. Making that fact especially unfortunate: Saturday night's night-time venue shows offerings were stacked.

I mean, how do you decide between The Soft Moon and Com Truise? I don't know that you do. I think you just pick one and hope for the best.

And, if nothing else, people sure got more than they bargained for over at the Mellow Mushroom's opening set of the night. Or, perhaps more accurately, they got less than they expected: Kenny Alden, frontman for Chicago's Magic Milk, performed sans pants throughout his band's performance. The bold fashion choice certainly got people's attention: It felt like the crowd went from really sparse to decently packed-in in just a few moments after the band began performing their brand of lo-fi surf rock.

Hailey's similar saw a small crowd grow: Perhaps because of time start confusion, things were a little sparse in there as local act Vulgar Fashion performed. But things began to pick up shortly thereafter.

And Odonis Odonis, the three-piece from Toronto that followed Vulgar Fashion, ended up being a real highlight for the night, their slightly industrial and electronic punk rock making for a raucous display that got their crowd moving.

Electronic-based venue headliner Soft Moon followed, at which point the crowd was decently sized and more than eager. Fans crowded up against the edge of the stage to hear Luis Vasquez's dark and dancy electronic, and their support was merited, too. Vasquez moves around on stage a lot more frenetically than most electronic artists, which helps to add energy to his band's sets. Before long, it seemed as if the whole venue was dancing away with reckless abandon to the band's set.

It was a good end to a long day. But how those dancers in the crowd moved so swiftly on their surely tired feet is beyond me. 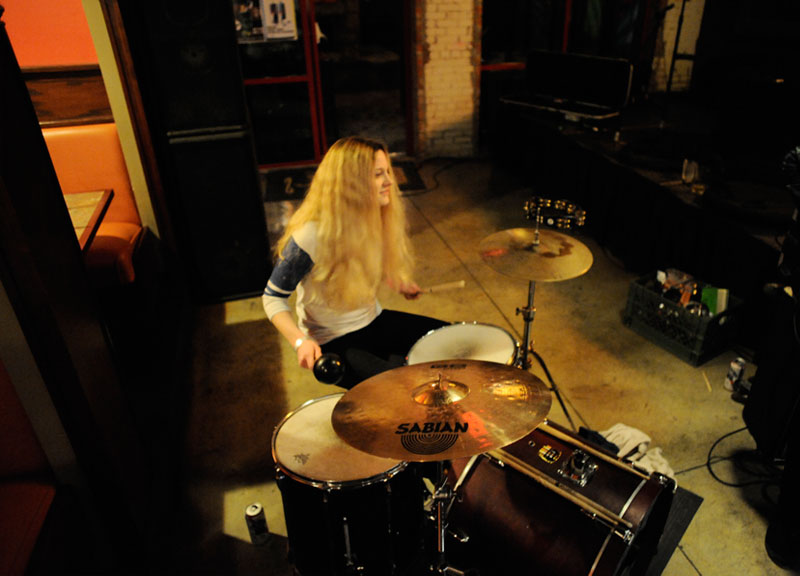 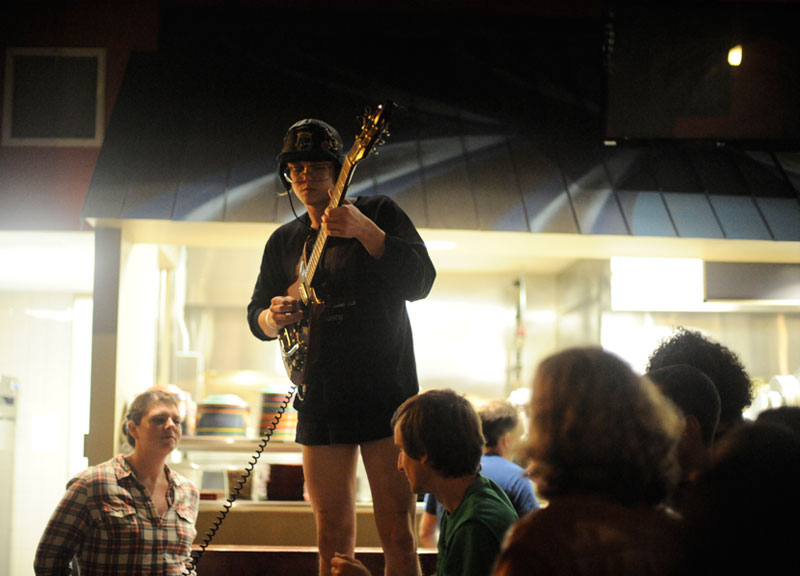 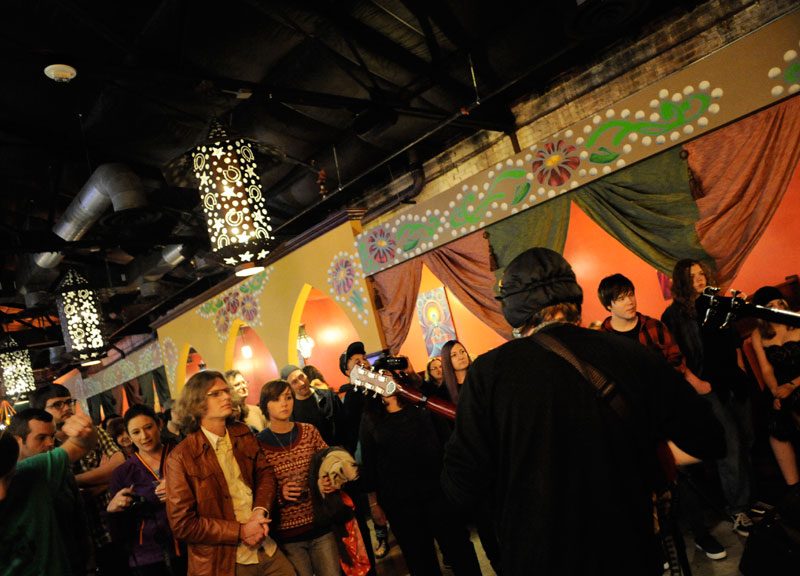 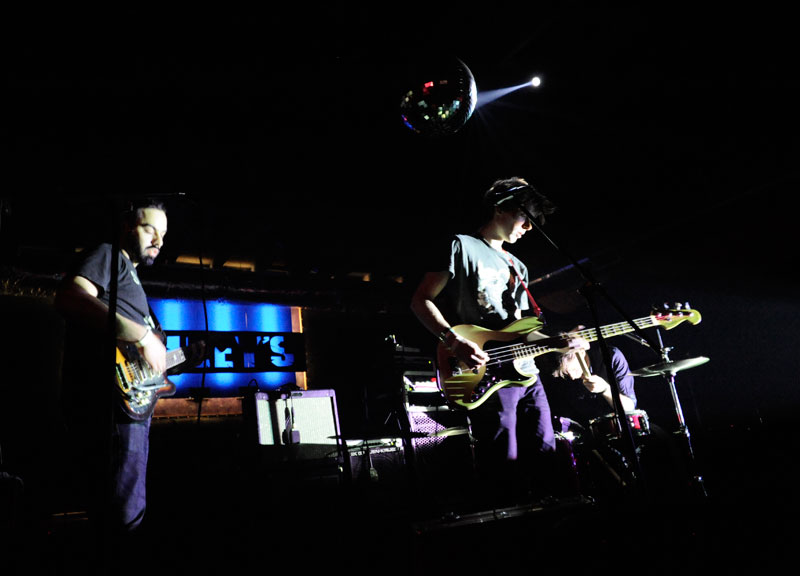 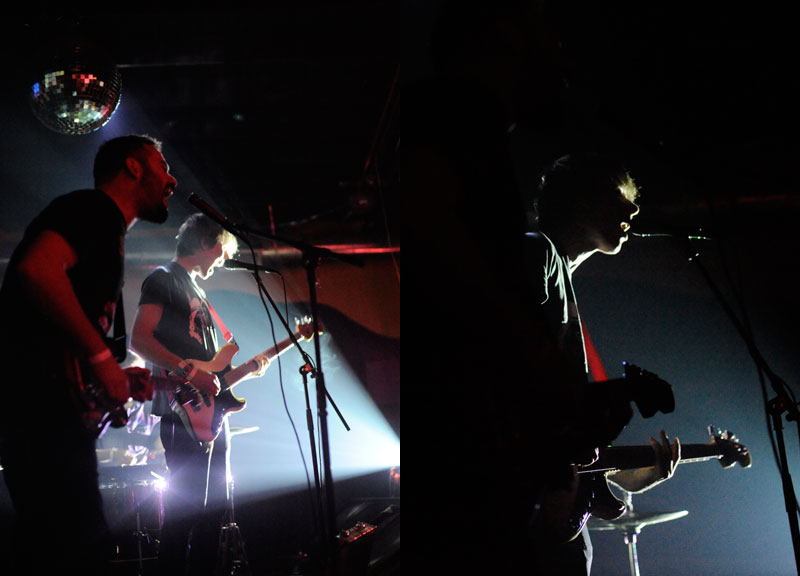 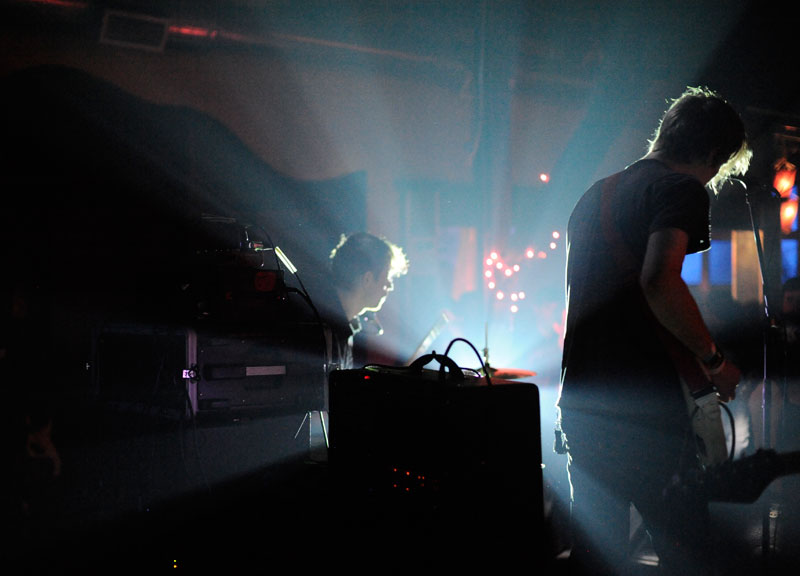 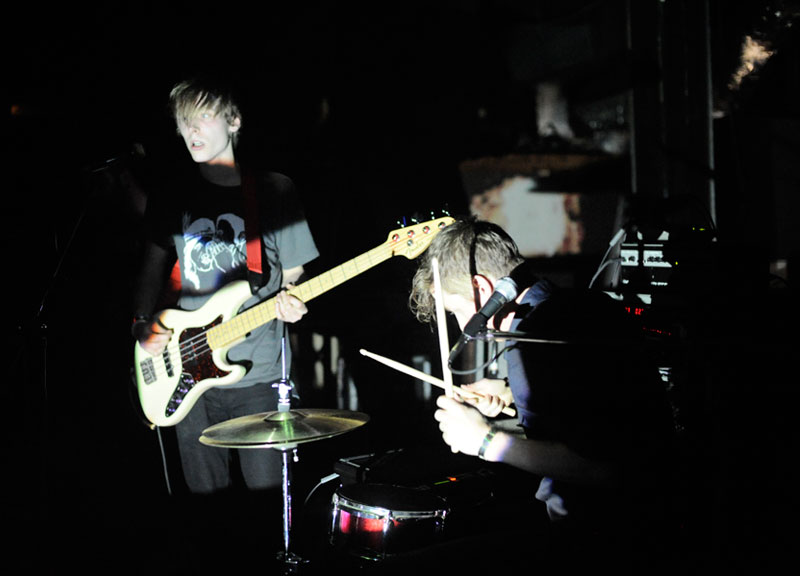 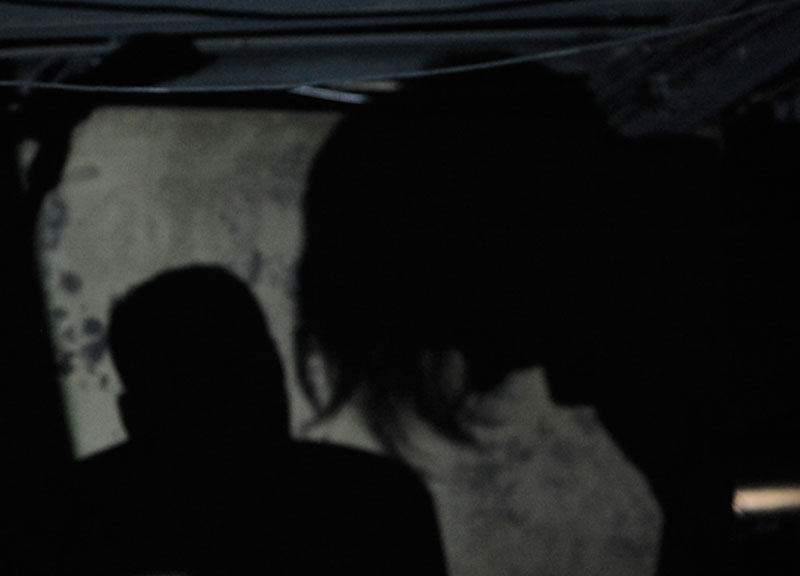 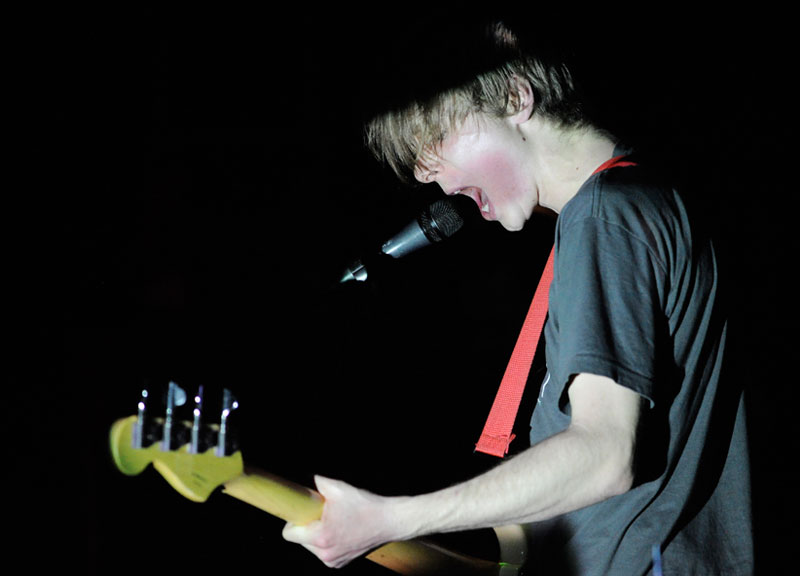 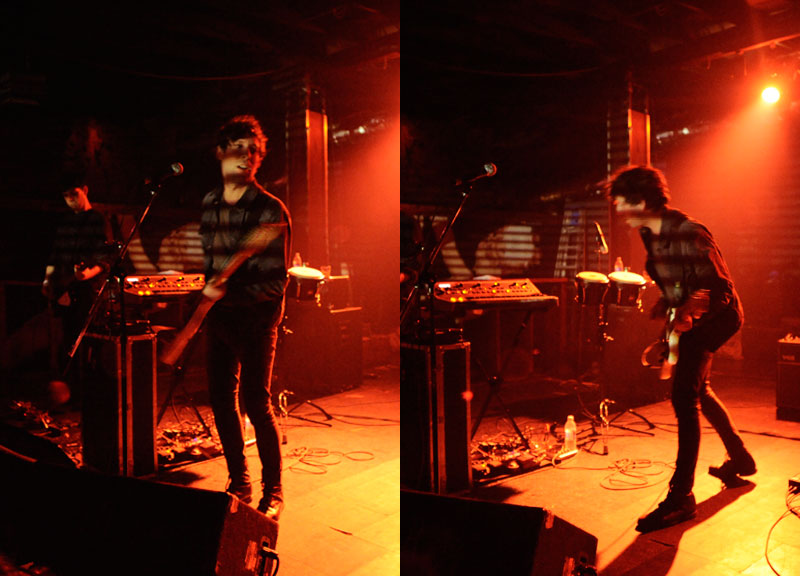 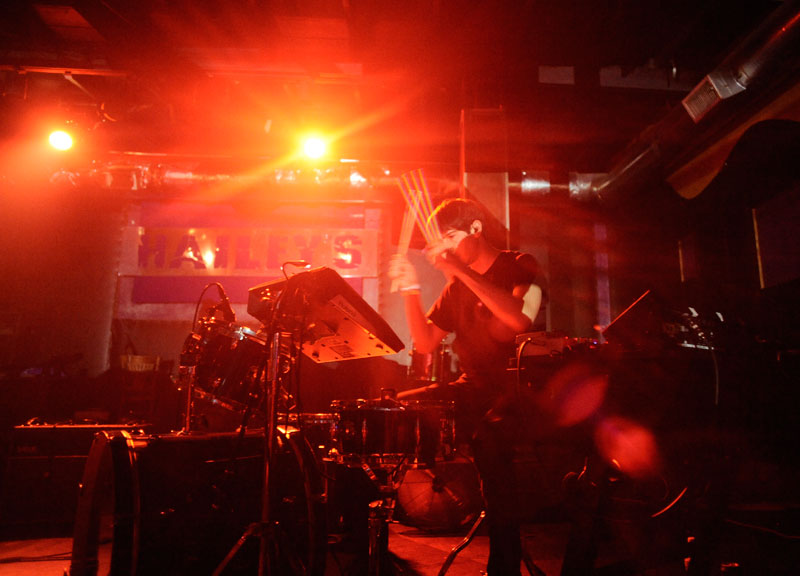 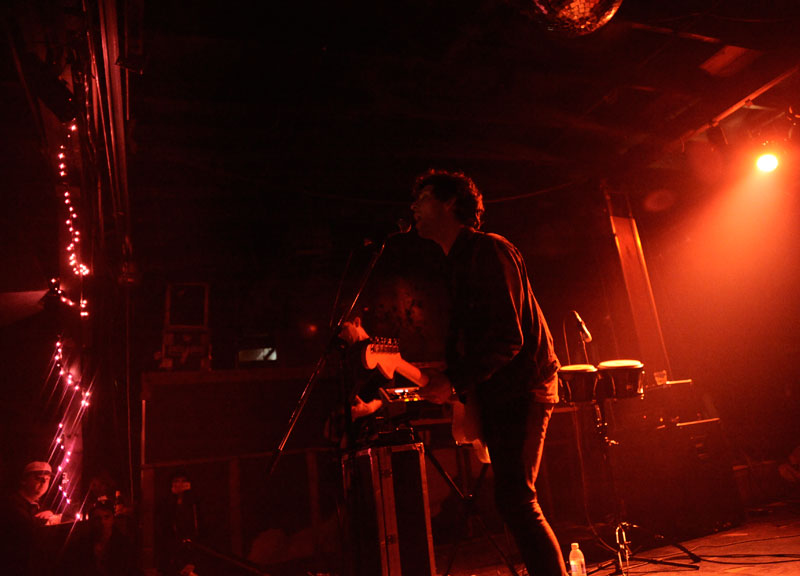 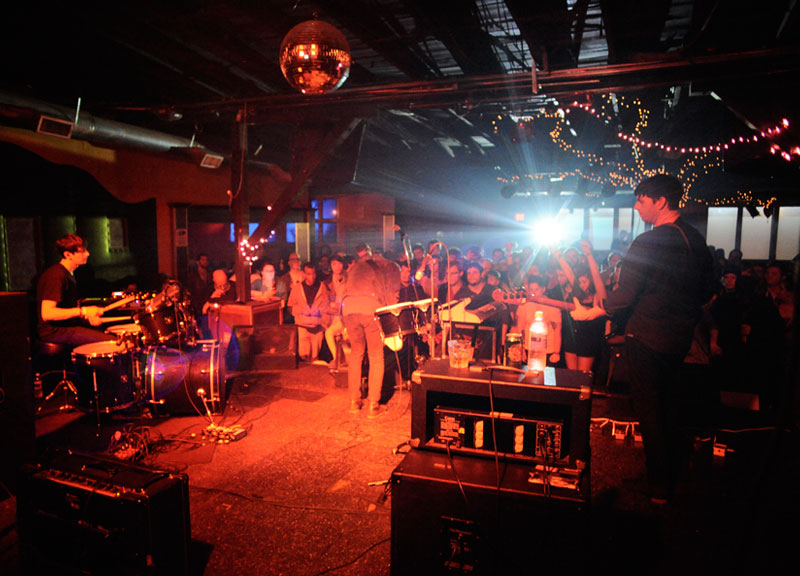 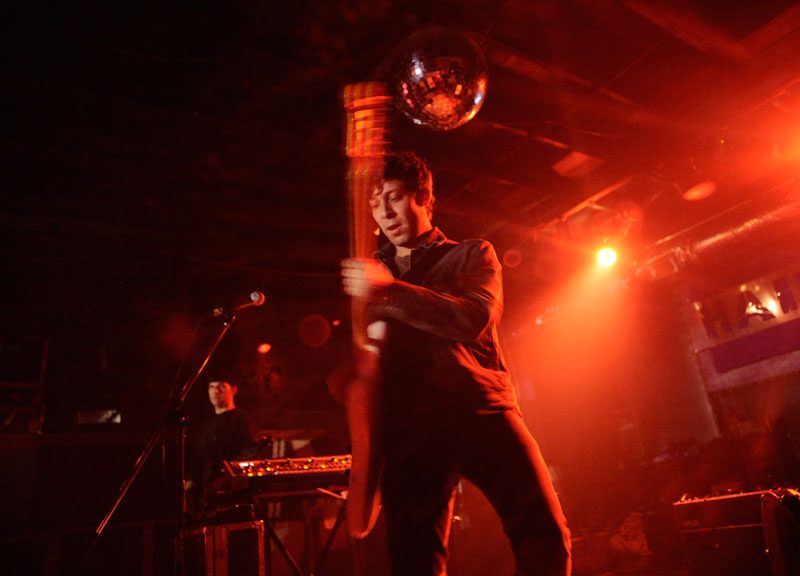 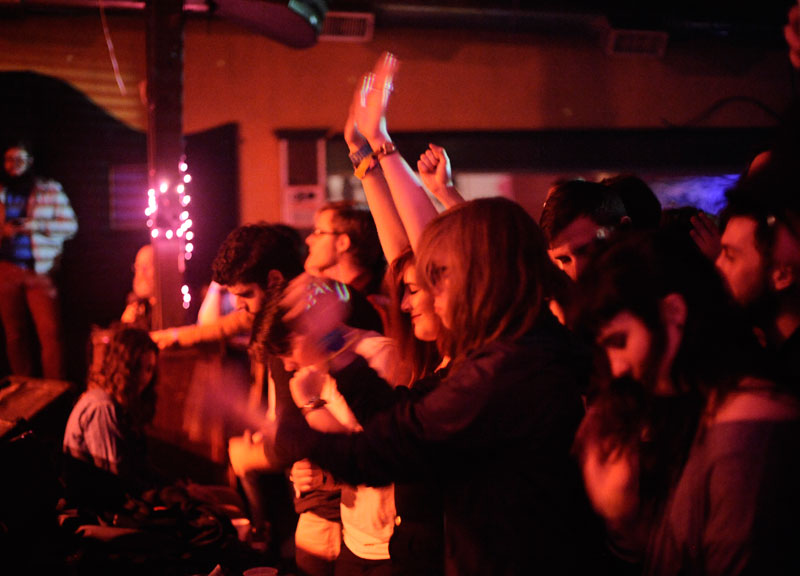 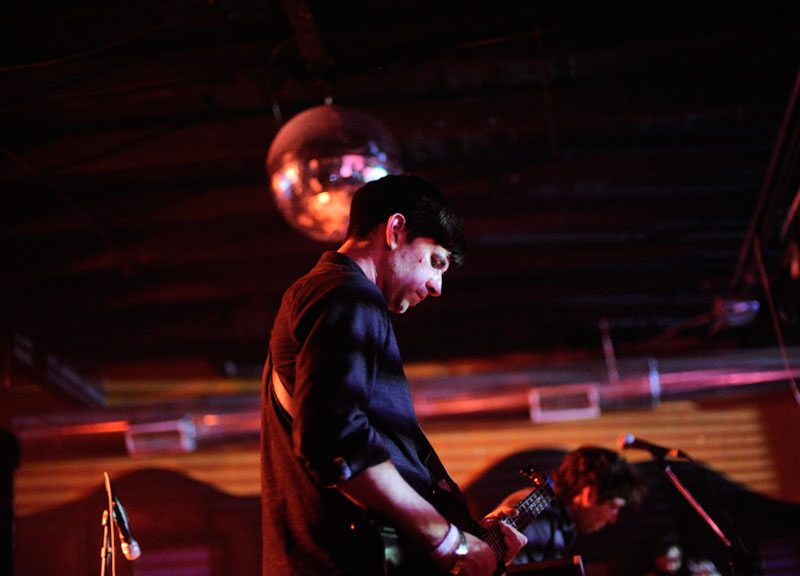 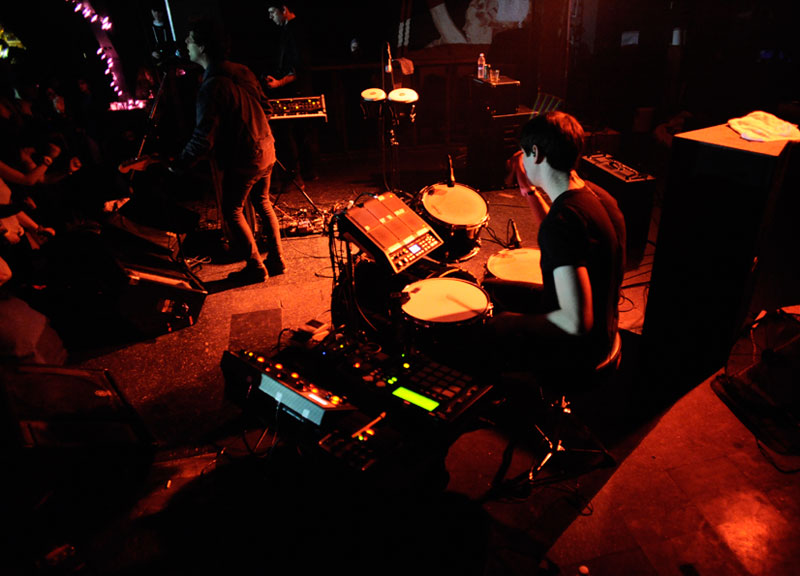 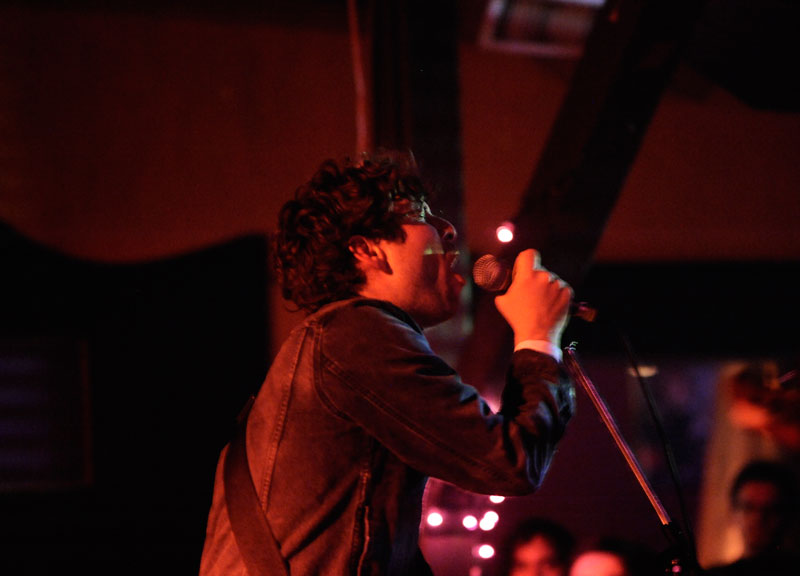