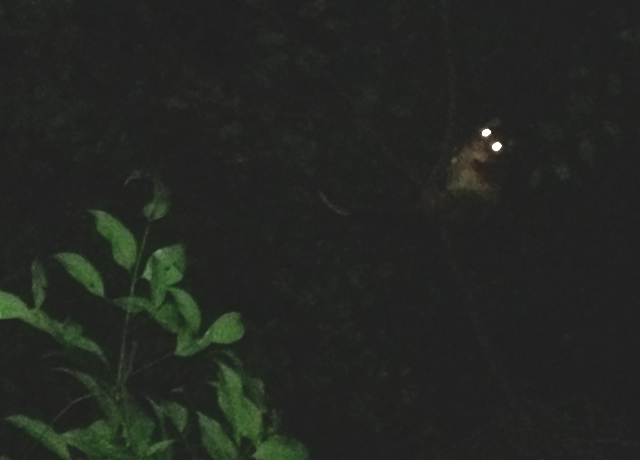 The Polyphonic Spree Does The Time Warp Again, This Time On The Way Out of Oz.

See Also: Dispatch No. 3: The Polyphonic Spree Goes Down Under.

Jennie Kelley, choir. At The Byron at Byron Resort in Byron Bay, Australia.
It seems like forever since I sat down to write one of these entries, but that's just because time is on fast forward right now and none of us have any real idea as to what day or time it is.

All I can confirm is that we are in Australia and, last night, we played Splendour in the Grass and, the day before, we played Ansan Valley Rock Festival in Korea.

So when we say or hashtag “worldwind,” you know we aren't being ironic.

Press with the Spree is always kinda interesting. You never know who's going to do what in any given photo or interview, which always makes it fresh and original. It's nice, too, that it seems like photographers are finally more interested in the reality of us and not the cliche jump-in-the-air or clap-your-hands stuff.

But back to the music.

The last show was absolutely great! Australians — and especially the ones at Splendour — are so generous with their energy. I could tell that the crowd wanted us to keep going as we were winding down, but we had to boogie and get ready for the next act to show up.

Which brings us to now: The hotel that we are staying at is an oasis. We stayed here last time we played Splendour and we all freaked out, and that's the case this time around as well. It's a magical paradise that is located in a rain forest and has all the amenities one could ever want, plus lovely wild creatures wandering around — and I don't mean our band. It's one of those Cinderella moments I always talk about.

I'm not sure if I'm ever leaving.

Oh wait, we have a show in Franceâ€¦

Nick Earl, guitarist. At The Byron at Byron Resort in Byron Bay, Australia.
So I turned 30 today with my Poly family, in paradise, on the other side of the world and equator.

I don't think I could ask for anything more.

Buffi Jacobs, cellist. At Gold Coast Airport in Byron Bay, Australia.
Went on a late night walk to the beach with Mike [St. Clair]and Sean [Redman] yesterday. Within the first five minutes, we encountered Australian marsupials that resemble possums. We wanted a better look, so we shined our flashlights in their faces. They took offense and pelted each of us with a turd.

After 20 minutes of walking through the rain forest in pitch black darkness, we arrived at the beach. The lighthouse was beaming in full glory, the waves were roaring and the crabs were scurrying. There's nothing quite like the beach at night. It's a definite must-have experience.

Walking through the woods in the dark with two tiny flashlights, I felt like we were in an episode of a Scooby Doo. Although it was a little out of my comfort zone, I'm glad we did it.

And now we are about to travel back in time on a 22-hour flight. We all know how I love to fly (sarcasm). Maybe it won't be so bad since we're time traveling. Wish us luck!

Mark Pirro, bassist. At Gold Coast Airport in Byron Bay, Australia.
It's 9:30 a.m., and we're leaving Byron Bay this morning, about to embark on a 22-hour flight to Europe. I'm trying to mentally prepare myself for the flight. I don't have any irrational issues or fears of flying, but I do find sitting in a confined space for extended periods of time to be a real physical challenge. Then there is the sheer boredom; A laptop battery can only give you a few hours of entertainment, and watching Kung Fu Panda 2 is a slightly better alternative than trying to get some crappy sleep. Ugh.

Tim DeLaughter, bandleader. At Sydney Airport in Sydney Australia.
As I sit in this massage chair that is attempting to relieve my body of its aches and pains, I'm looking at Mike [St. Clair], who is just a chair over. He has the most deadpan look on his face.

We're waiting to board our longest flight of the trip — Sydney Australia to France, some 22-hours of shear flying bliss. Ha!

I did a full day of press yesterday, which started with me flying from Byron Bay to Sydney at 7 a.m. First interview was with Rolling Stone Australia. It was a good one for me; not a lot of the same old questions. [The interviewer] really likes the record and it seems they're doing a pretty big spread on the band, which is great!

Overall, Australia is very enthusiastic about the record. Triple J radio added “You Don't Know Me” to their rotation, which means they'll be playing our song daily.

“Kick Ass!” I say! We don't get those perks very often in this band. So, when it happens, it's great!

I'm thirsty, but I'll wait till I get on the plane.

Rocky Horror went rather well for the band last night. They did awesome! I, however, had a rough one. I just couldn't get it in the groove. I tried, but I just couldn't get a hold of it. That's frustrating as hell for me, because that's “my thang.” The crowd loved the show, though. Maybe they didn't know, but I sure did. Like I said, the band nailed it! Buffi knocked “Time Warp” out of the park!

Cory Helms, guitarist. At Heathrow Airport in London, England.
We're going from Australia to Brussels, with stops in Singapore and London first. I watched Django Unchained on the plane while smelling the worst feet directly behind me. Only 12 more hours with those feet! #girlyouneedsomenewsocks #switchingseats