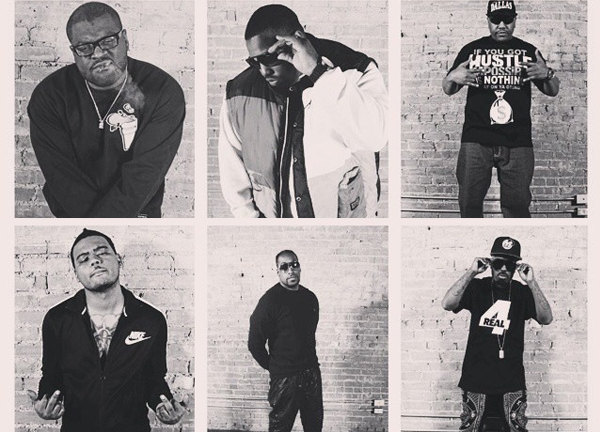 There are only a handful of songs that Dallas hip-hop heads will unanimously concede as being local classics. It’s a list that’s, I dunno, four or maybe five songs long? Max, really. But this much most will agree upon: Two of the songs that inarguably belong in this canon — Big Tuck’s “Southside Da Realist” and Tum Tum’s “Caprice Music” — came from a singular crew called Dirty South Rydaz.

On the strength of those songs and other, smaller regional hits, DSR — led by Tuck and Tum (sometimes Zillaman), but also featuring Lil Ronnie, Fat Bastard, Double T and Additicon — stood atop the Dallas hip-hop heap for much of the ’00s, riding that wave to a deal with Universal Records in 2005. Granted, that deal never spawned much — over time, each member went his own way — but the reputation that the DSR crew on the whole boasts to this day remains high: You’d be hard-pressed to find a hip-hop night worth its salt in this city that doesn’t drop at least one DSR song with some regularity.

So this, then, is exciting news: Almost a decade after its initial peak, DSR is now gearing up for a comeback.

“We’ve been at this since November,” Tum Tum said earlier this week when reached by phone, confirming the prospects of DSR’s reunion. “Me and Fat were doing an album together first, and we were vibing. So we just said, ‘Let’s do the other thing.”

That other thing is a full-scale DSR reunion — and just in time for SXSW, where the group’s lined up a handful of performances, naturally.

Actually, naturally is how Tum describes how this reunion came to be, too: “We’re all still cool,” he said in that same call. “We’re still smoking. We’re still doing shows. So it just felt right.”

Another that just feels right? That we can now share the fruits of that labor — the first two new DSR tracks to hit the web in advance of an upcoming E.P., as well as a trailer for an upcoming short film the group is producing.

The first single — Tum calls it the A-side — is called “Know The Feeling.” It features the whole six-member crew. Stream it below. At this very moment, you can also download it for free.

The second track — the B-side, duh — is called “Count This Cake” and features Tum, Lil Ronnie and Fat B. Same deal as the first track: Stream and/or download the song below.

Also on your must-consume list today is the below teaser trailer for an upcoming short film called — you guessed it — Dirty South Rydaz.

Gotta say: This looks at least as good as the trailer for Triple D, the film that DSR’s Dallas hood rap successors released late last year

Ultimately, that’s the real exciting thing about this trailer and these two new singles: They’re not simple layups; these are productions that find the DSR crew looking as hungry as ever.

It’s kinda like Tum always says, I suppose. You either eat or you get ate.