In the coming days, we'll have plenty more to share with you on the subjects of Sarah Jaffe, her new album and her ever-transforming sound.

For now, though, let's just focus on some thoughts from on her Saturday night showcase of her new Don't Disconnect material at the Majestic Theatre in bullet-point form.

• Having the Denton-sprung Josh T. Pearson, he of Lift To Experience space-rock fame and solo country-tinged folk acclaim, open the show was a nice nod to the North Texas music scene past on Jaffe and her management's part, but the pairing was something of a mixed bag. While Pearson's sound and presence certainly played well with the more longtime-invested area music fans out in the still-filling theater's seats, his sound, it's fair to say, goes about as well with Jaffe's current material as orange juice does with milk. Were Jaffe performing a stripped down set of her folksy Suburban Nature or Even Born Again cuts from 2010 and 2008, respectively, it would've been a fine pairing, actually; but seeing as how Jaffe's now vehemently steered her sound in a electro-pop direction, Pearson's set, sonically, felt like something of a time-filler. Which, to be fair, it was — and somewhat unfortunately, at that. Fact is, Pearson is an immense talent and a truly gifted performer, as his between-song banter that bemoaned his own eight-minute-long songs as “smash hits” made clear. (His bit about Johnny Cash having played the Majestic once, and that he can now say that he's “shit where Cash once shat,” was especially golden.) But showcases of Pearson's around these parts are too far and few between. In fact, before this showcase, it had been a full 10 years since Pearson performed solo in Dallas proper. Even when playing out in support of his 2011 LP, Last of the Country Gentlemen, he skipped this town. Weird, then, that this would be the show that changed that. But, as he put it, “Queen Sarah” asked that he do so, and he acquiesced. Still, his offering out in front of the Majestic's red stage curtain, though gorgeous and haunting and appropriately stoic, felt like something of a wasted opportunity.

• Jaffe, on the other hand, was about as far from stoic as she possibly could be on this night. When the curtains were raised — revealing a steely, bleached blonde Jaffe, her band and a lighting rig capable of putting Cut Copy to shame — a more proverbial curtain was also pulled back: Jaffe, damning somewhat the songs that got her a sizable enough fanbase to damn near sell out the 1,700-capacity Majestic, is in another, far poppier and way less girl-with-an-acoustic guitar place these days; 2012's The Body Wins, in retrospect, wasn't a aberration but the new normal. And this performance seemed specifically dead set on proving that.

• For all of her efforts at arguing to the contrary in the many interviews posted in the lead-up to and immediate wake of Don't Disconnect's release last Tuesday — probably so as not to alienate her fans — Jaffe's new sound is not a growth or an evolution. Hell, even calling it a change in direction even might be something of an understatement, unless a traffic merge in Toledo becoming a U-turn in Helsinki can also be described as such. It's just so different. She barely sounds like the same artist any more. And that's not a knock, of course. But it has to be said.

• My apologies, but just a little bit more on that: You really can't blame Jaffe for wanting to try new things were her music — and she's certainly not the first artist to change sounds so drastically over the course of a decade — but it has to be pointed out that, for all of Jaffe's efforts at changing things up, her fanbase is clearly conflicted about it. A set of two giddy fans seated behind me at the Majestic on this night couldn't shut up about it. They danced along in their seats to the Don't Disconnect songs, they sang along to the songs from The Body Wins that they knew and they emotively thrust their hands in the air at all the appropriate times, but throughout the course of every song break, their conversation returned to the song that, for better or worse, “made” Jaffe, the almost twee-like “Clementine.” Every single bit of dialogue these fans shared went something like this: “Do you think she'll play it?” “I mean, yeah, of course she will. It's coming up, I'm sure.” They never said the word “Clementine,” but they didn't have to. Later, Jaffe even had to answer catcalls from the crowd that requested the song. To her credit, Jaffe handled it all deftly, but you could still see her eyerolls as she did. The whole scene reminded me somewhat of something seen at De La Soul shows over the years. As that rap trio ends its set with “Me, Myself & I,” as it does each and every time it performs, it does so by swapping out the opening scat-like portion of The cut with a new refrain, in which the performers just chant, “We hate this song!” One imagines, Jaffe gets where De La is coming from.

• One reason why she must've been annoyed: Jaffe's performance on this night was pretty stellar. She was cool and confident in her delivery, looking every bit the 10-years-experienced performer that she is at 28 years old as she head-nodded along to her band and sang her heart out. Coupled with that epic aforementioned lighting rig, it was an undoubtedly impressive display. In what world is that not enough? In a world where “Clementine” exists, apparently. (Listen: It's easy to dismiss “Clementine” as a “local hit,” given that the official Youtube video for the song only has some 21,000 views; then you realize that it's been posted some five times, and each of those postings has that many views. And then there's this generic upload of the song, set to a random photo, which has been viewed over five million times.)

• Also impressive about this showcase was its arrangements. Live, Jaffe's Don't Disconnect material hits in a way that its recorded versions just plain don't. They pulsate up there on stage, abetted by fine performances from her backing band featuring Centro-matic's Scott Danbom on keys, Denton's Robert Gomez on guitar and bass and Austin's Rob Sanchez on drums, plus, from time to time, a string quintet that included, among others, Bethan's Becki Howard and Telegraph Canyon's Tamara Cauble. That's about as ace a backing band as one can find around these parts, folks. And it sounded every bit as good as its billing would imply.

• And though we've said it before, we'll say it again: Much props to the Majestic's Mike Schwedler, who's just been doing a killer job with the space since taking over last summer. This show was just his latest coup, and it being here no doubt added to the night's gravitas. There's just something special about going to an event like this right downtown. And, to be sure, this felt like a special night. 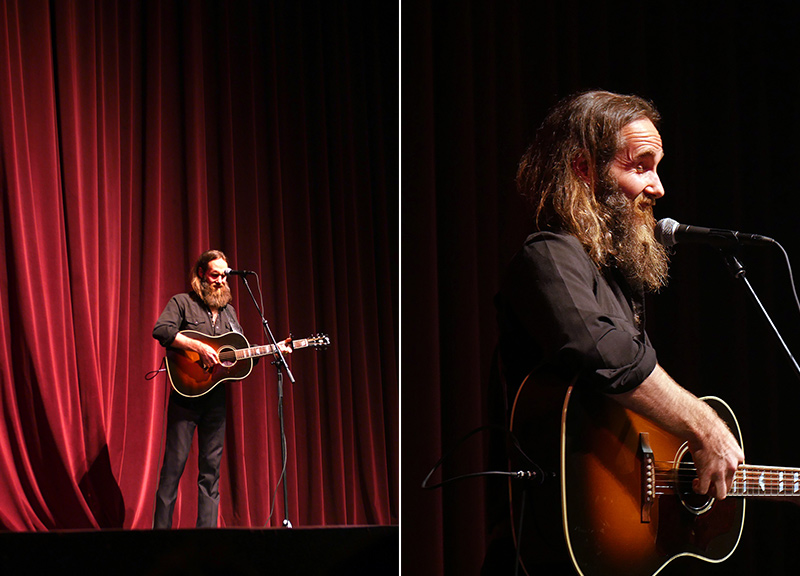 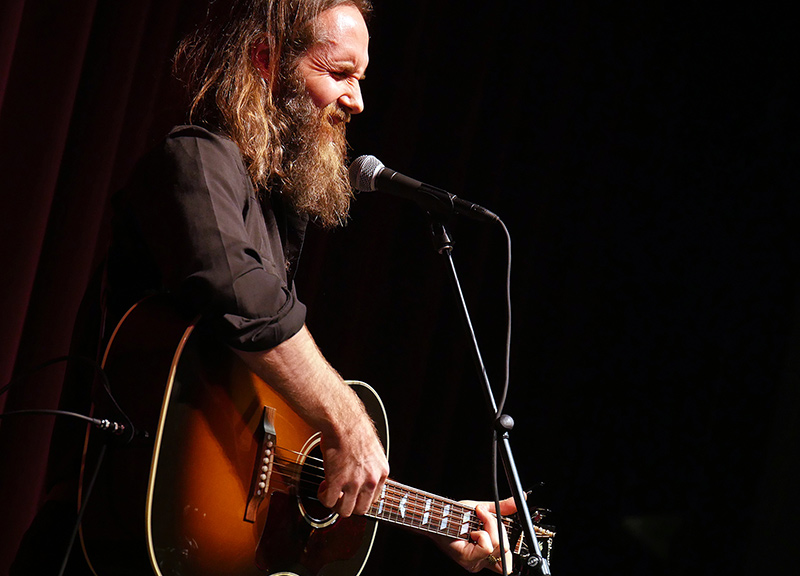 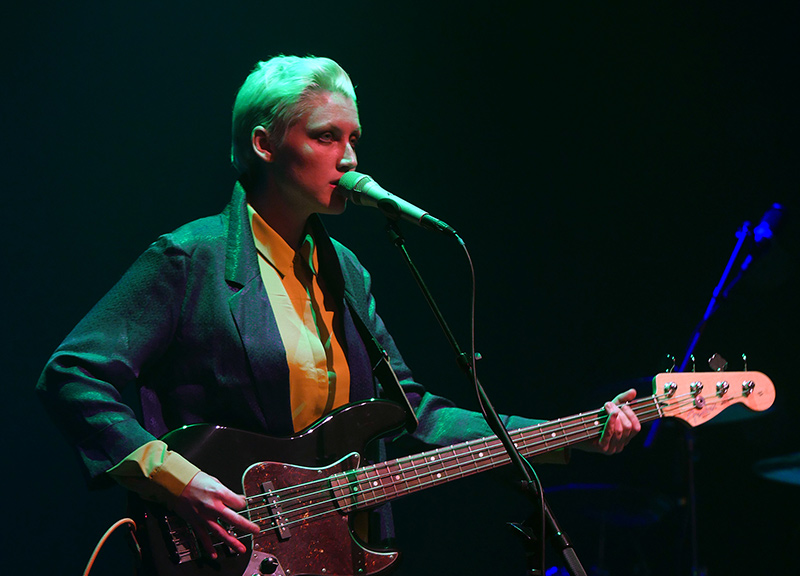 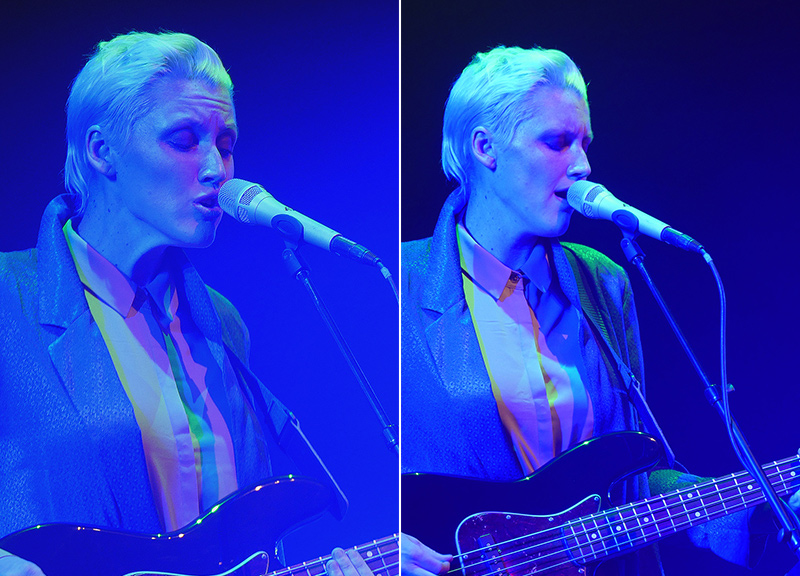 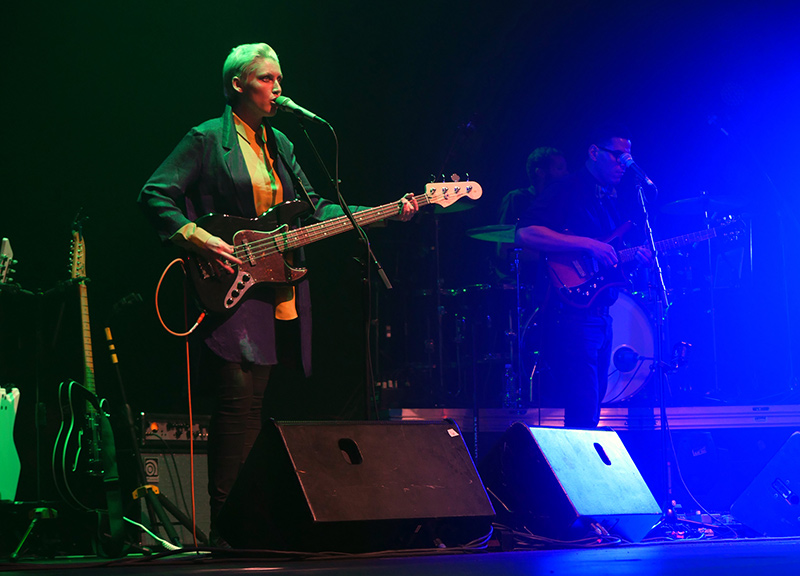 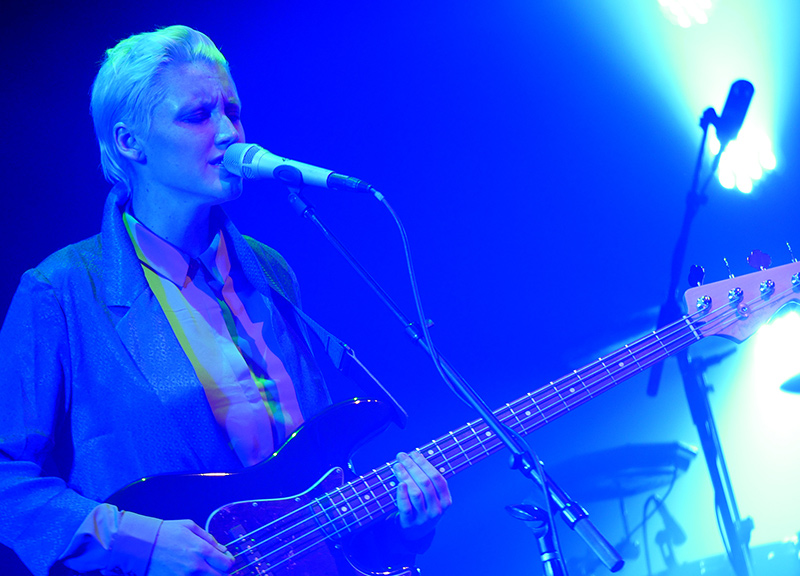 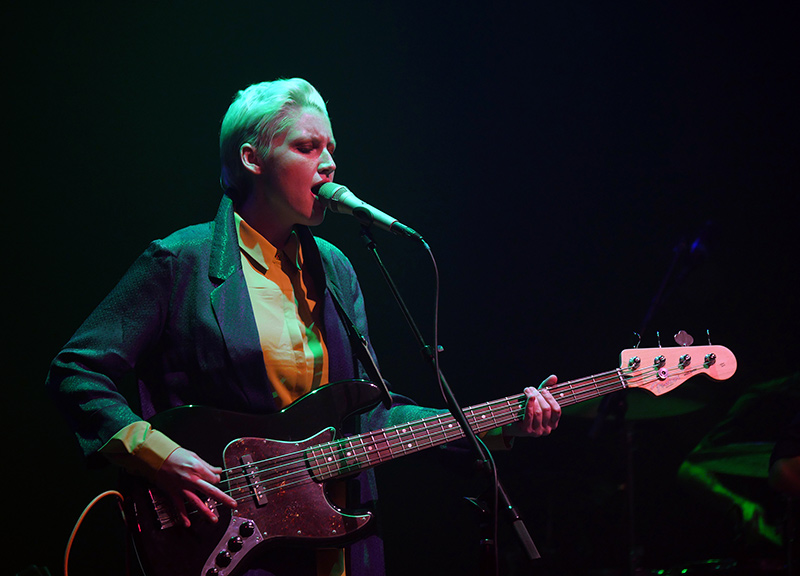 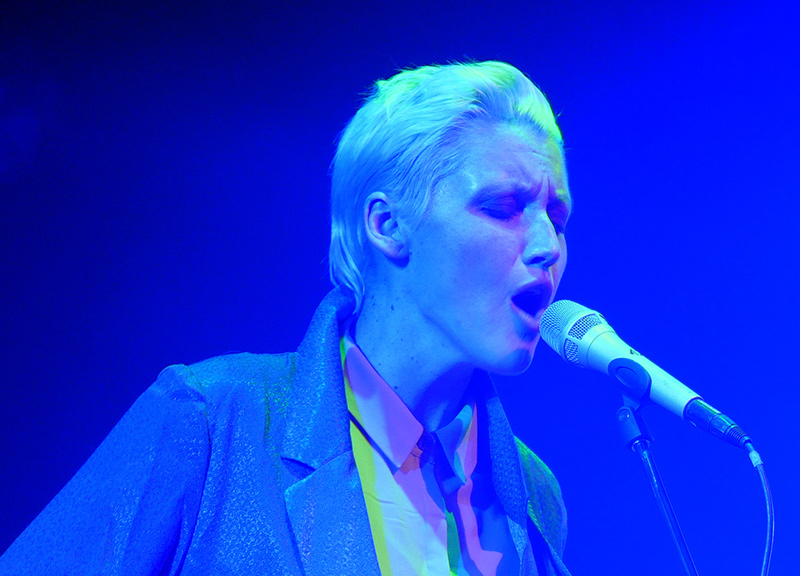 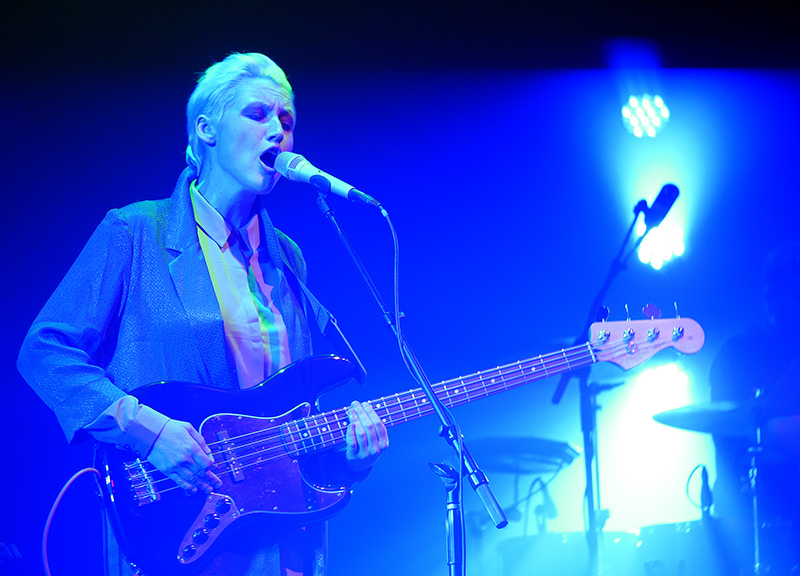