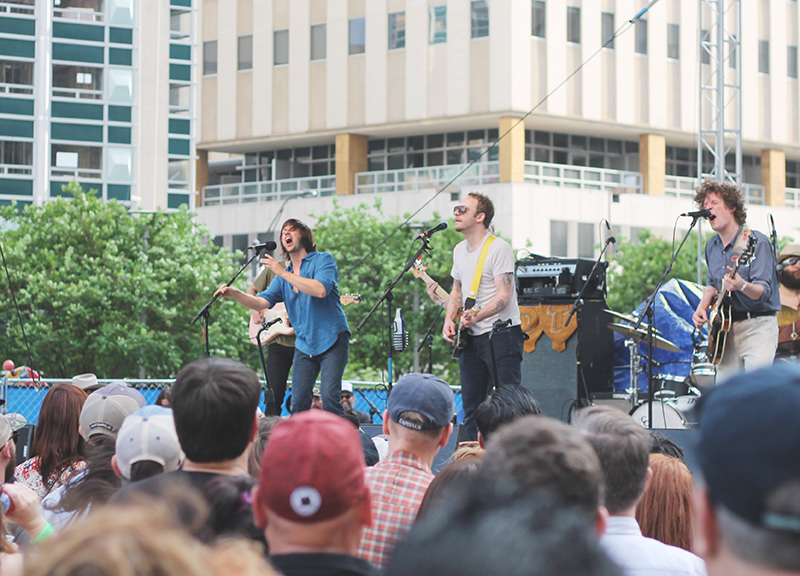 The Debut Old 97’s County Fair Was Such A Hit, Next Year’s Is Already A Go.

There were a handful of bigger, overarching questions on most everyone’s mind heading into Saturday’s debut of the Old 97’s County Fair. How would this event differentiate itself from its co-organizers’ sister, also-Main-Street-Garden-Park-hosted affair, the Homegrown Music and Art Fest? Would this lineup of mostly alt-country acts draw well and confirm that Dallas still can’t get enough of this genre? And, perhaps most pressing, would Mother Nature quite literally rain on the Old 97’s parade as area meteorologists amateur and professional foretold?

The answers to those queries, in short: Only marginally, you bet your ass and only a little.

More on those concerns in a second, but for now, here’s an anecdote to tell you just how the team behind this year’s event felt about their now-inaugural event’s execution: At about 5 o’clock, Old 97’s Philip Peeples could be seen wandering the Midway-themed grounds beneath Downtown Dallas, taking the scene all in and loving what he was seeing to the point where he made it known even then that he planned on getting everyone on board to make sure this event wasn’t a one-off; at about 6:30 p.m., festival co-organizer Josh Florence told me that everyone involved was so pleased with how things were going that there almost certainly would be a second go in 2017; and, finally, during his band’s headlining set, Old 97’s frontman Rhett Miller told the crowd just how he felt about the matter, announcing to everyone within earshot that they should “start making plans for next year [because] we’re going to do it again.”

Let’s hold ’em to that, yeah? As some 60,000+ were packing themselves onto some polo grounds for Coachella across the country in Indio, California, the devoid-of-airs charms of a boutique festival such as this one were pretty clear. With an estimated day-long attendance of 4,500, the Old 97’s County Fair succeeded in its first year mostly by following the template of the Homegrown model — one that mostly centers around a family-friendly atmosphere, a low-stress environment and a cozy, idyllic setting.

There were, of course, some differences. As opposed to Homegrown’s two stages, the County Fair had just the one; where the second stage normally would go, a much-hyped Ferris wheel stood — whipping around pretty scarily quick at some points — along with some well-enjoyed Midway games and perhaps a few more local vendors than Homegrown could fit. Breaking Homegrown’s M.O. of solely booking Texas-tied acts, County Fair also concerned itself more with making certain each act on the bill bore a certain twang in its sound. Still, more than a few people were accidentally overheard referring to this deal as “Homegrown” over the course of the day — an issue Florence hopes to tackle in the future by placing more time between the events in future years. (Homegrown’s 2016 edition is set for May 14.)

Less obvious to the casual observer, perhaps, was the familiarity the bands boasted with one another, with most of them having performed or toured with one another in the past. That brought a certain endearing informality to the proceedings: Miller not only introduced each of the day’s acts, often sharing some backstory to his relationship with them; he also performed at points with day-opening performer Madison King and mid-day rabble-rousers Deer Tick. He wasn’t alone in that regard, either. Houston’s Robert Ellis, who wasn’t booked to perform at the thing at all but just happened to be in town because he’s been hanging out around here for a few weeks, added guitar parts to sets from Nikki Lane, Deer Tick and the 97’s themselves. Also joining the 97’s on stage were the Drive-by Truckers’ Patterson Hood and Lane, with the latter offering up a stellar Exene Cervenka impression in her “Four Leaf Clover” duet with Miller.

The whole 97’s set, actually, was pretty damn fiery. It’s easy to forget now, what with the band and its fans a little longer in the tooth these days — the average attendee was probably in his or her late 30s — just how much the 97’s really rip. But, man, they really do rip still. Only Deer Tick and Lane came close to matching the festival namesakes’ energy on stage during the course of this 11-hour day, with the rest of the performers more content to focus on intricacy instead of fervor, and the enduring crowds happy to have them do so. Alt-country can sometimes fall prey to dull, middle-of-the-road aesthetics, but this fest’s impressive turnout was treated to the genre’s full spectrum — something Lucero’s Ben Nichols even joked about at one point while explaining his band’s decision for its more-down-tempo-than-usual set list, about which few complained.

Better still, those fans were kept dry, with the threatening rain only making a brief cameo in the form of a 30-second sprinkle that was almost too perfectly time with the Old 97’s appearing on stage.

Over the course of the day, four out of four Old 97’s members told us they were either “having a blast” or “really enjoying” themselves at their first-ever namesake fest. Their bias is obvious, of course. But the smiles out on the Main Street Garden Park grass seemed to back up that position. 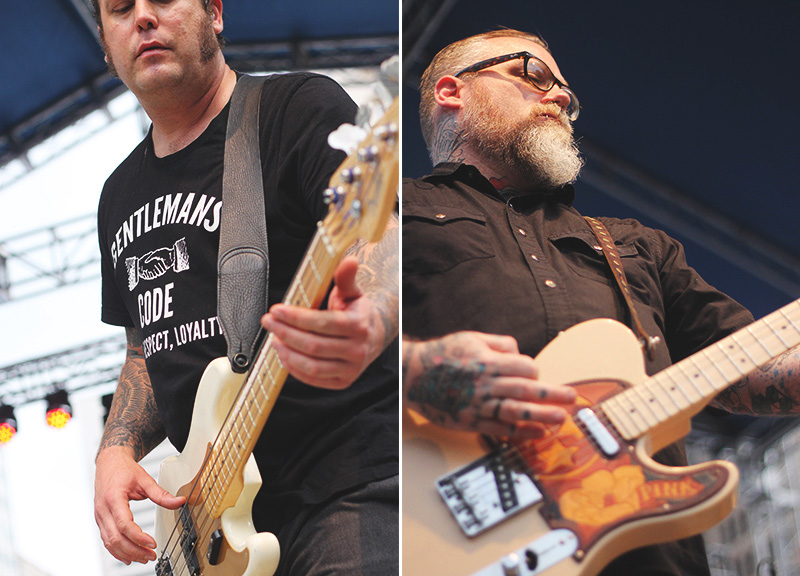 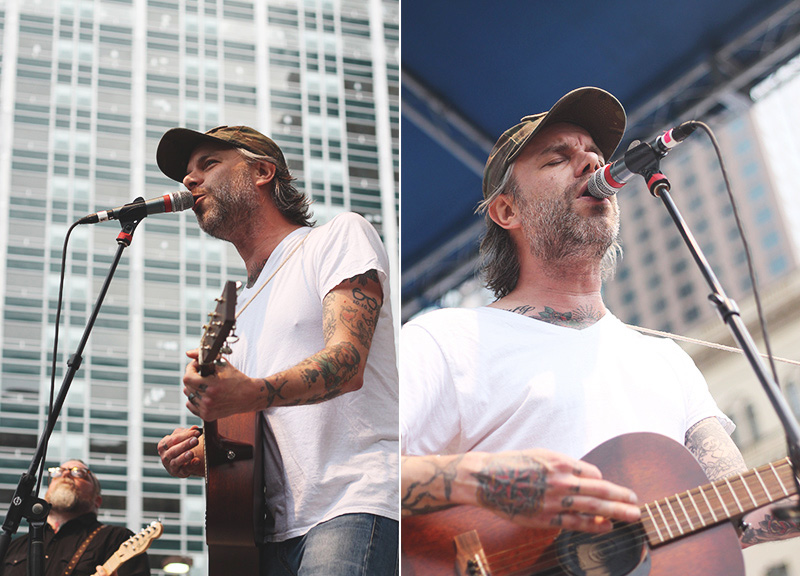 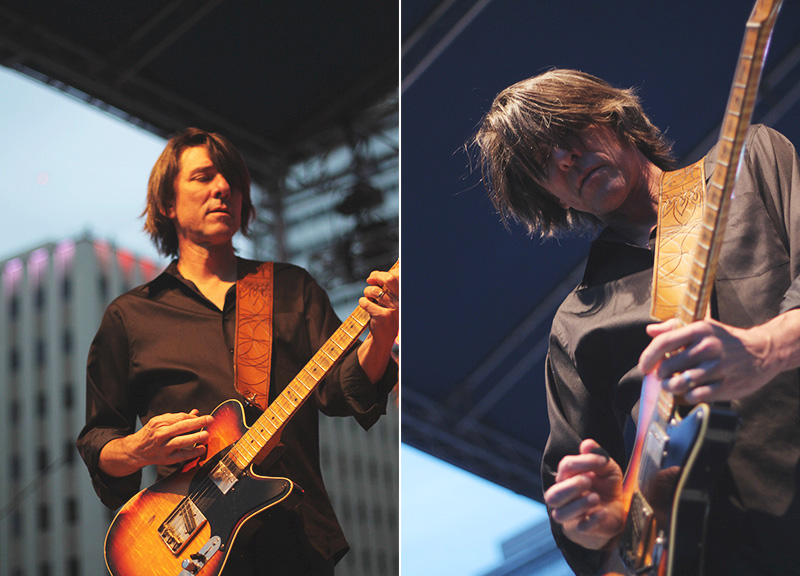 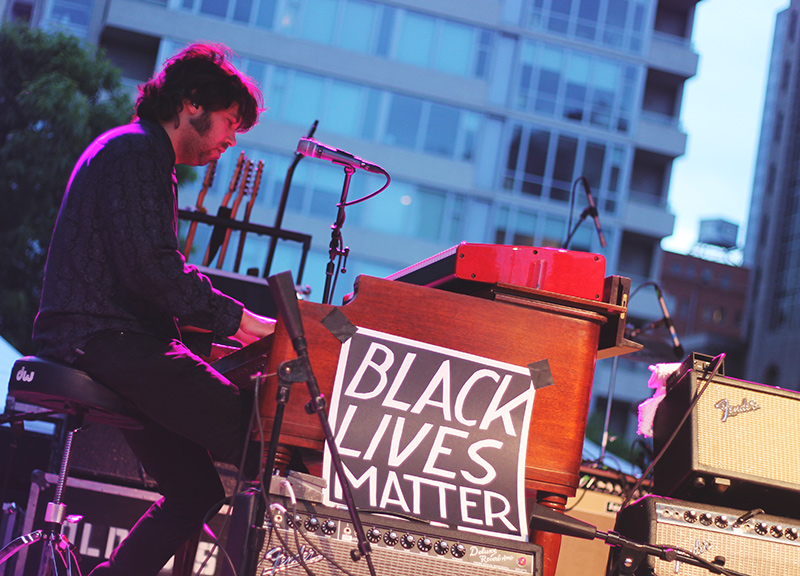 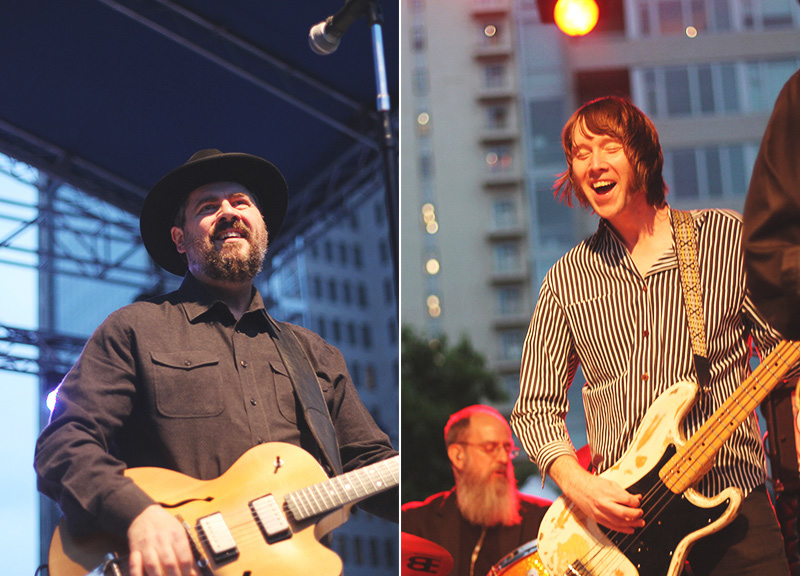 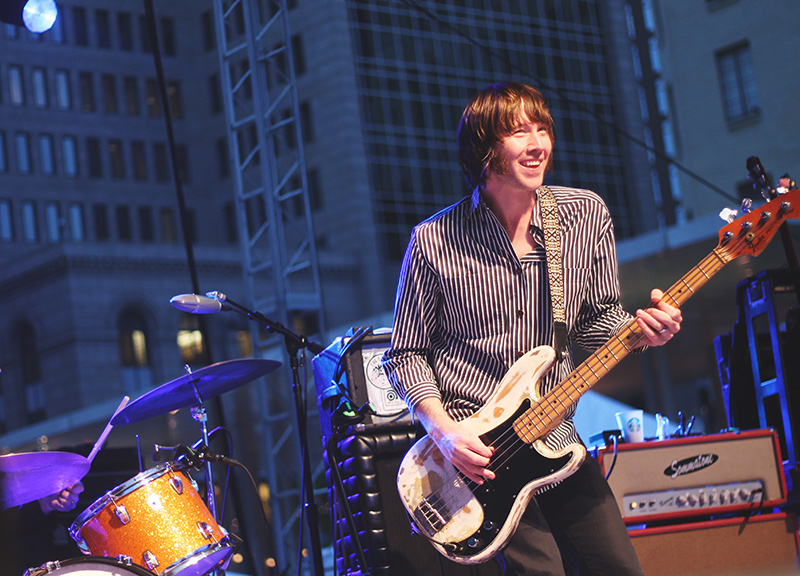 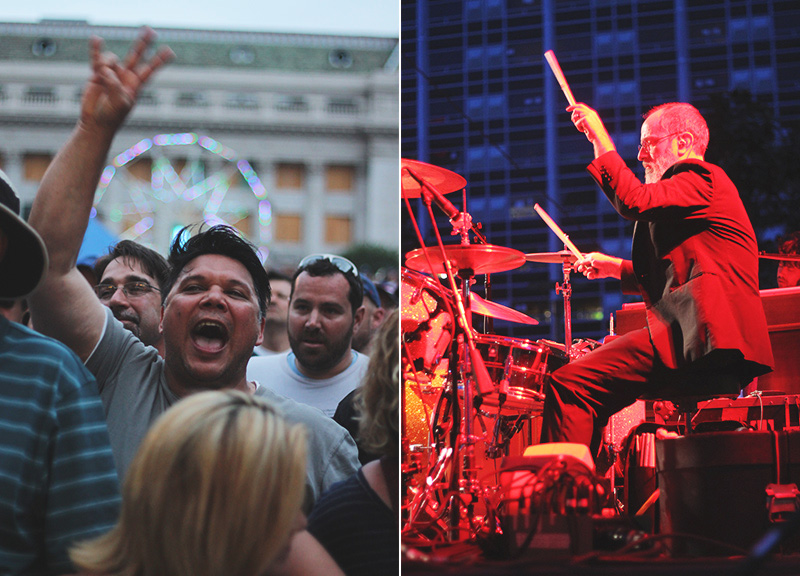 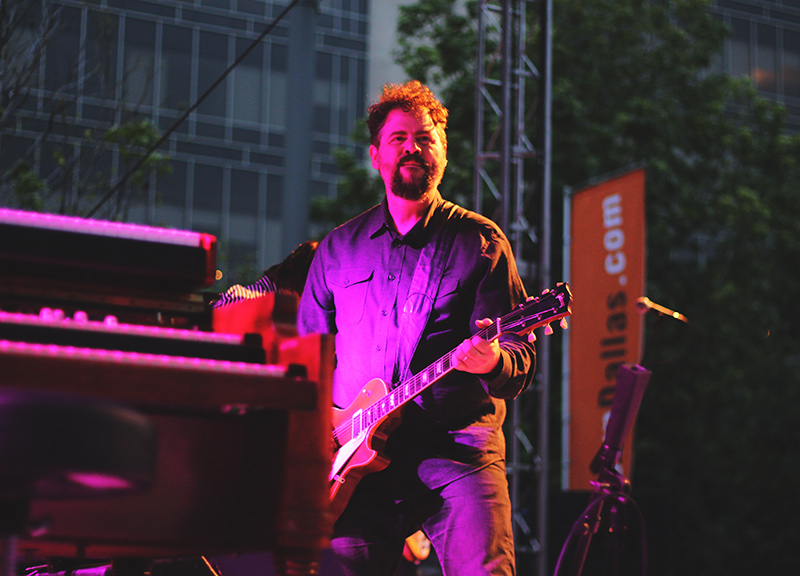 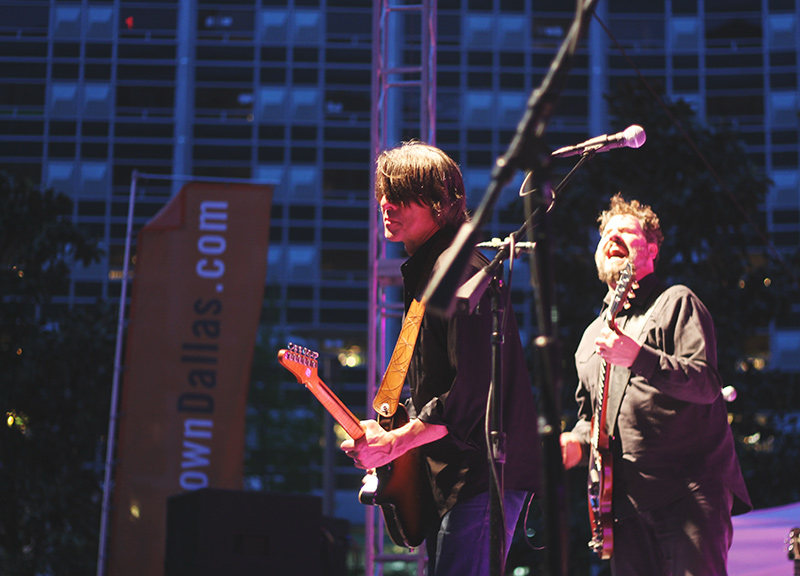 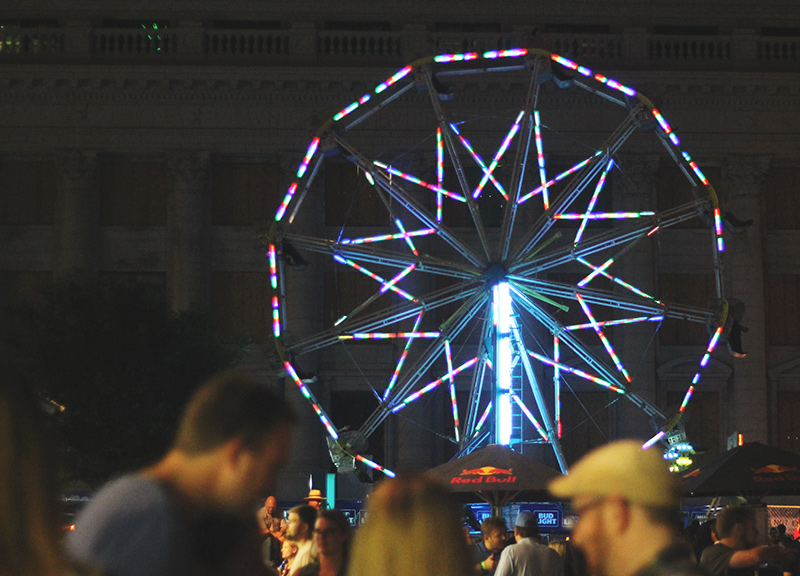 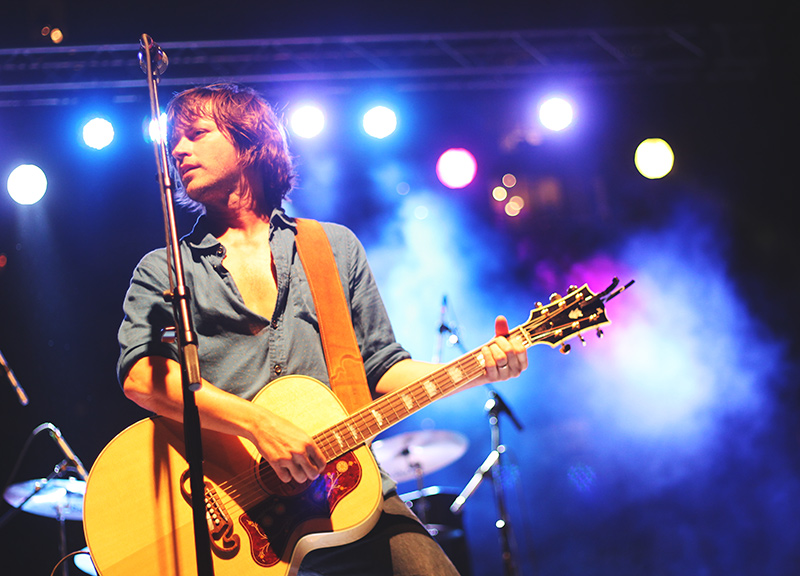 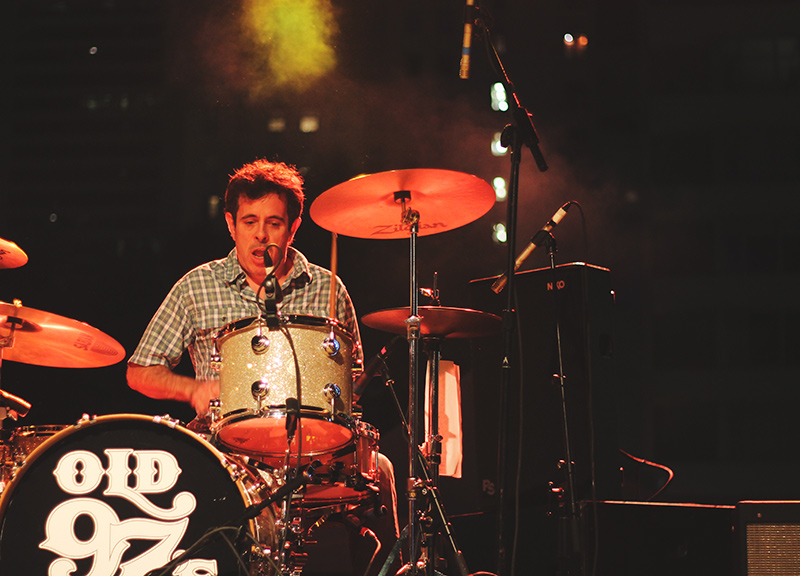 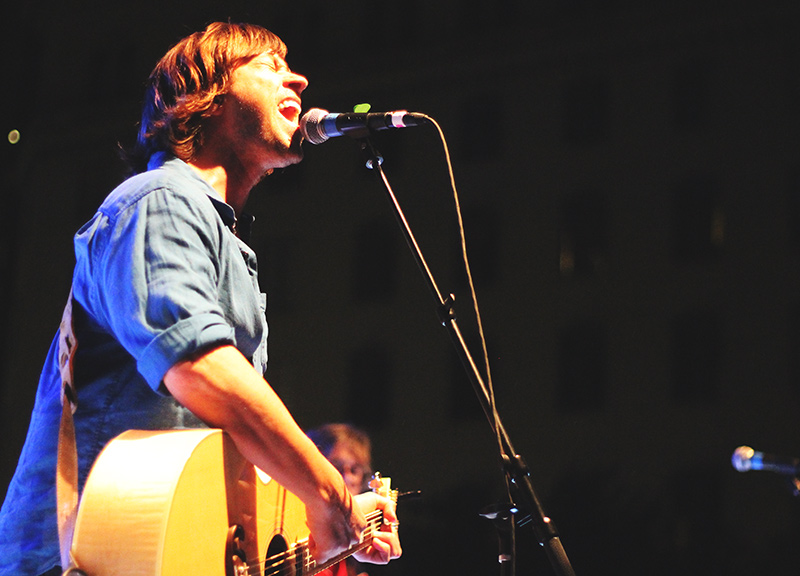 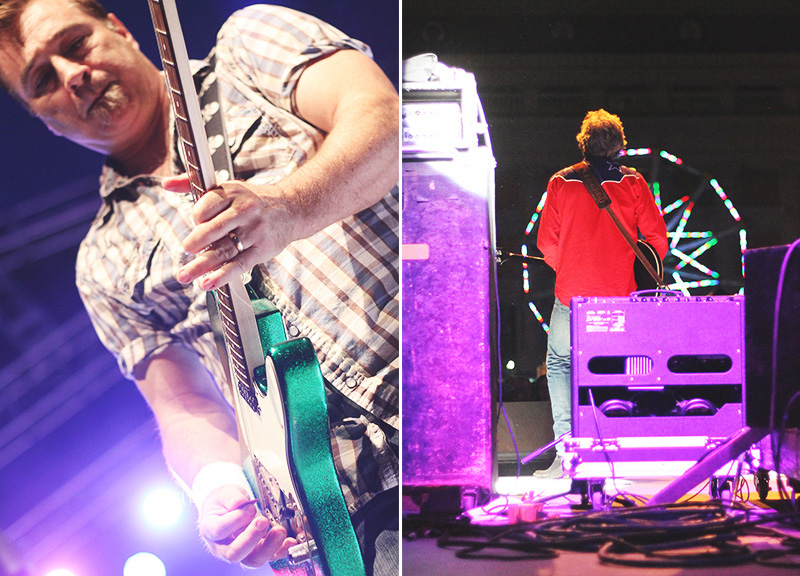 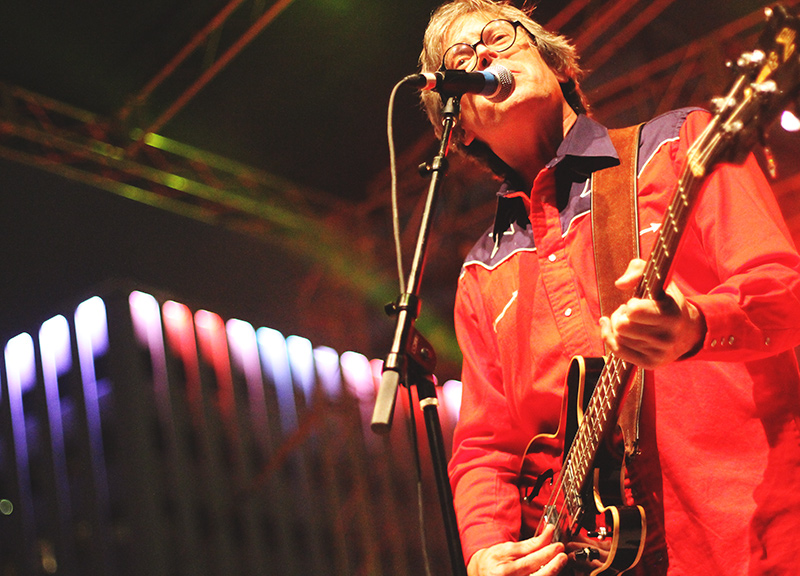 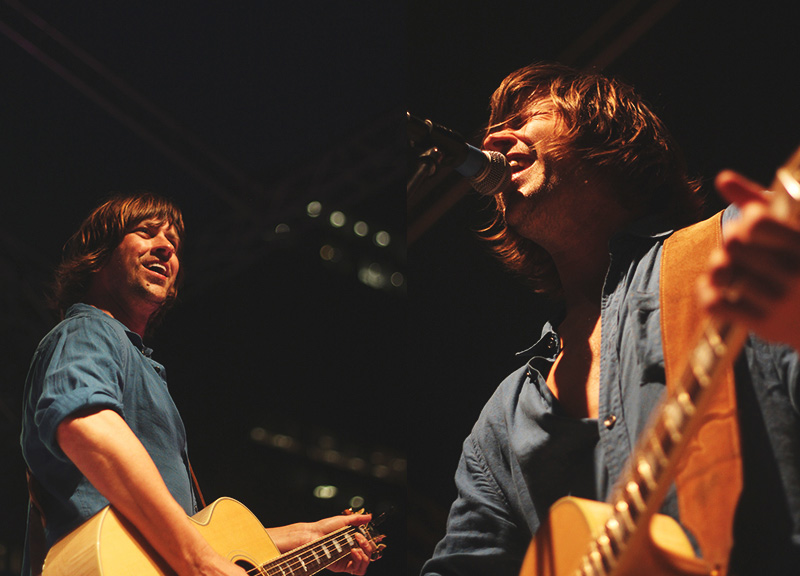 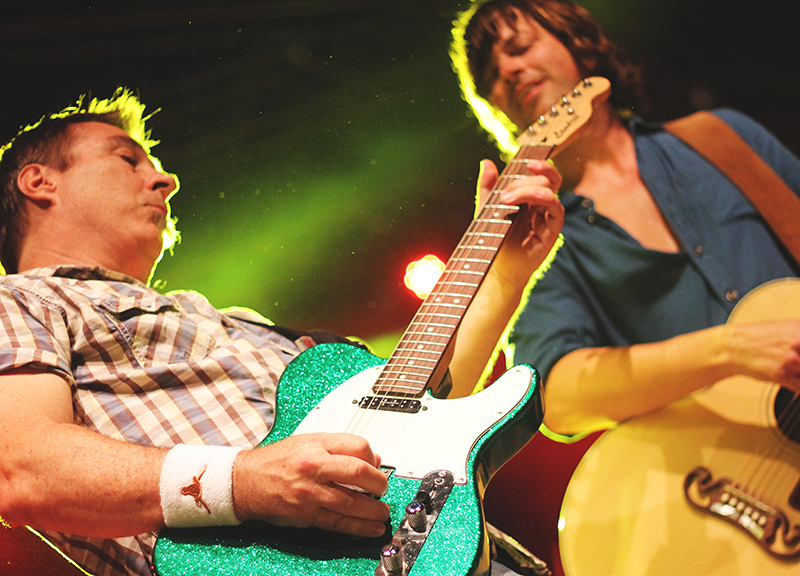 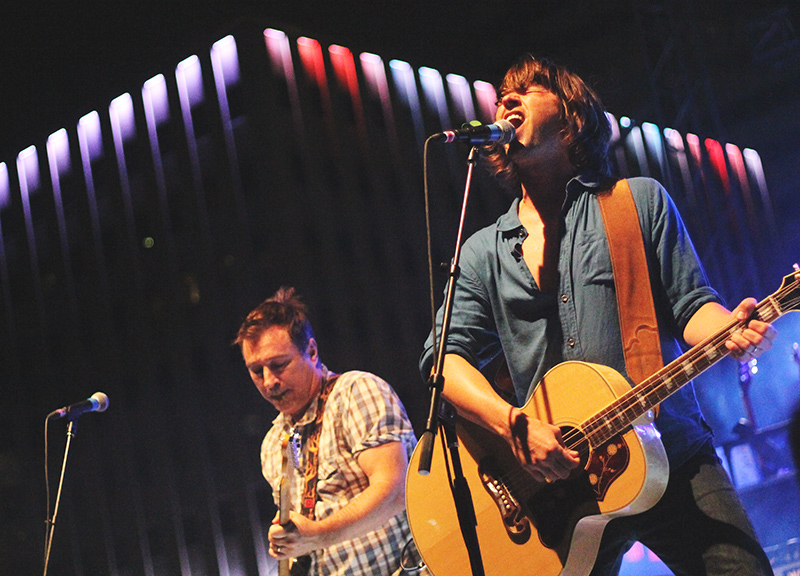 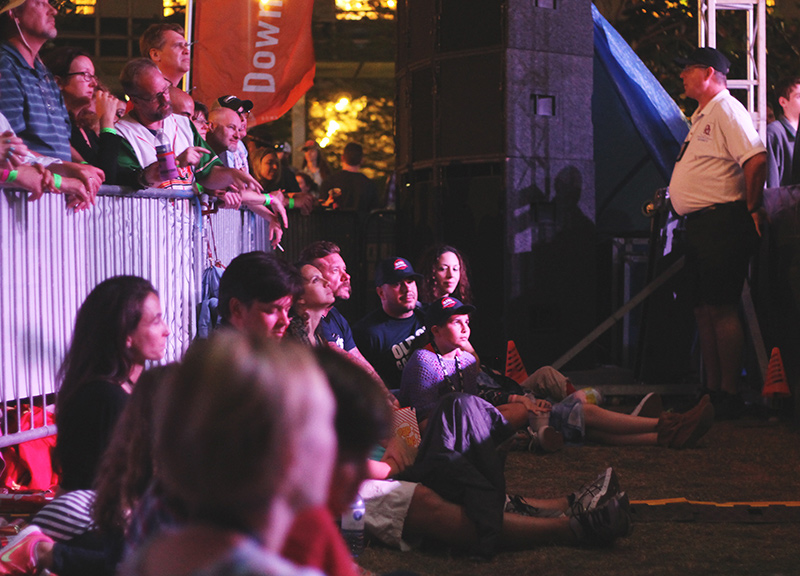