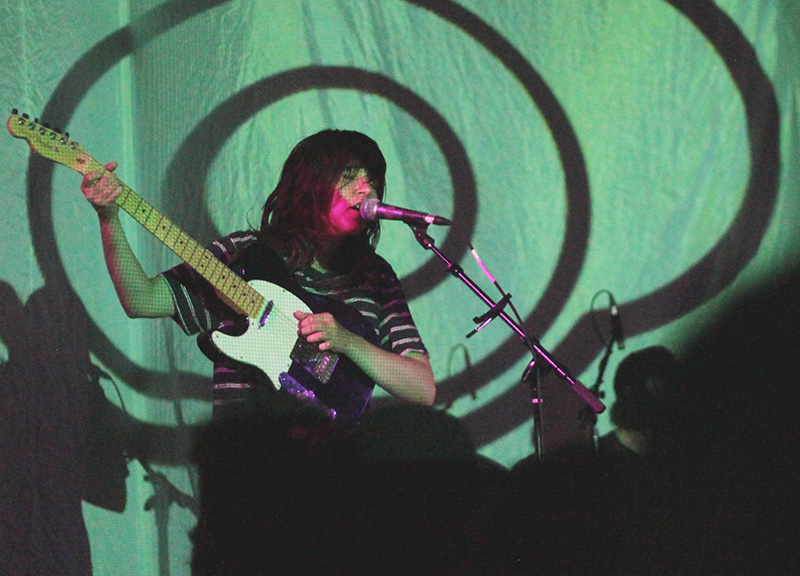 If we’ve learned anything in recent weeks, it’s the power of hype and its ability to sometimes dominate a moment.

And we saw more of that at Saturday night’s sold-out Courtney Barnett show at Dada, where hype existed in abundance. Was it overwhelming? Maybe out in the sweaty, packed crowd of Dada’s back patio where this show took place and where the Melboure-sprung performer’s many adoring fans had to come to grips with the fact that Barnett wasn’t just theirs — no, not by a longshot. But certainly not up on that space’s back deck stage, where Barnett handled her moment with charm and talent aplenty. There was no doubt: Up there, despite even the Aussie singer’s own warnings to the possibility, there was no disappointing anyone on this night.

Between songs, the 26-year-old Barnett handled her already reverent fanbase with a disarming, affable charm at this, her first stop in town. She bantered with them, waved off cries of affection and even took a bit of a shot at gender stereotyping when she introduced her male backing players — bassist Bones Sloane and drummer Dave Mudie — and warned that they were to be treated as “more than objects.”

Later, she joked too with some fans who shouted that they’d skipped seeing The Rolling Stones at Cowboys Stadium on this same night, choosing rather to see her show: “They’re in town?” she replied. “You guys missed out on Stones tickets? Well, I’m very honored that you’re here instead of there!”

But, far more than a simple emcee, she also confirmed what all the hype surrounding her wordy-in-more-ways-than-one debut LP, this year’s Sometimes I Sit and Think, and Sometimes I Just Sit, is about — that, beyond its lyrical fun, there’s a real pop-rock melody songwriting know-how and rather appealing just-this-side-of-wheels-off musicianship on display, continuing the trend first seen last year’s stateside-released The Double EP: A Sea of Split Peas comp.

Interestingly, she mostly did so by shutting down the exterior persona she flashed between the music and focusing her energy inwardly. But she still managed to compel: Her many guitar solos were played with her eyes closed and her balance teetering on edge as she made do with the space the venue’s stage afforded her. And considering that Barnett’s a musician whose voluminous lyrics are of utmost importance — Rhett Miller of the Old 97’s is a fair comparison — her breath control was pretty damn impressive, too. Hers perhaps isn’t the most rangy material, but never once was it tough to make out Barnett’s own words above the sea of fans who were also singing along.

She made a couple other impressive moves, too. First, she made up for her not-yet-that-deep catalog by paying homage to her stylistic forebearer Kim Deal and performing a faithful cover The Breeders’ “Cannonball,” much to this crowd’s approval. Later, she held court for a good long while post-show her merch table, where she — along with her tourmates and openers in Washington’s Chastity Belt, who came into this show with some buzz of their own but failed to connect as well to attendees with their mostly detached performance — took pictures with fans and signed all manner of merch.

Seems Barnett, recognizing the fact that Texas is a long way from her home — something she acknowledged earlier in the night while mentioning that it was winter back in Australia — was intent on making sure this night counted 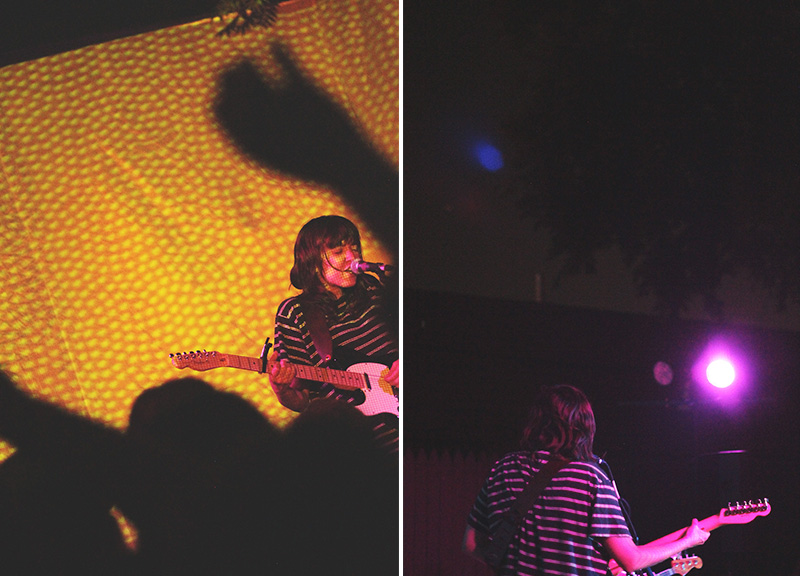 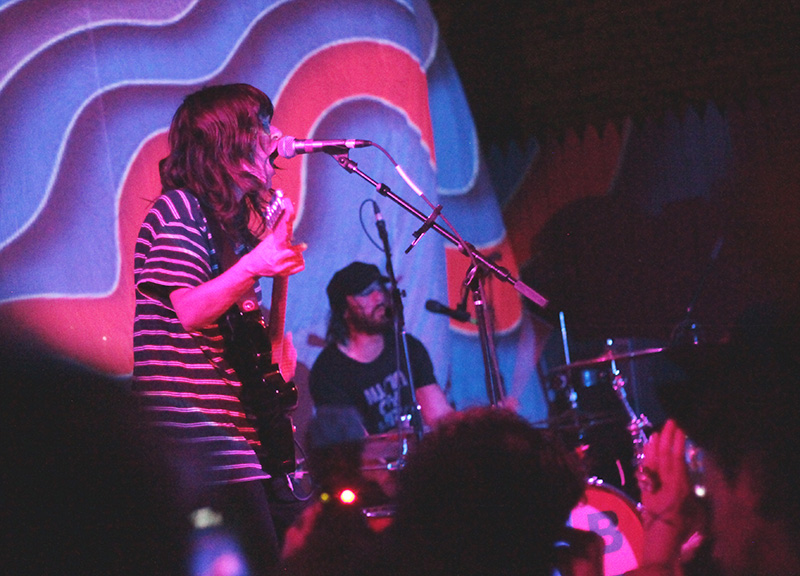 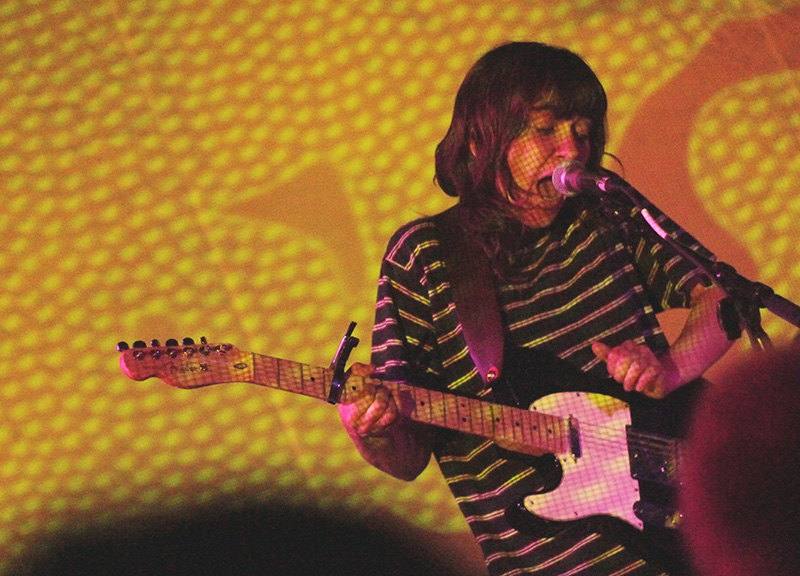 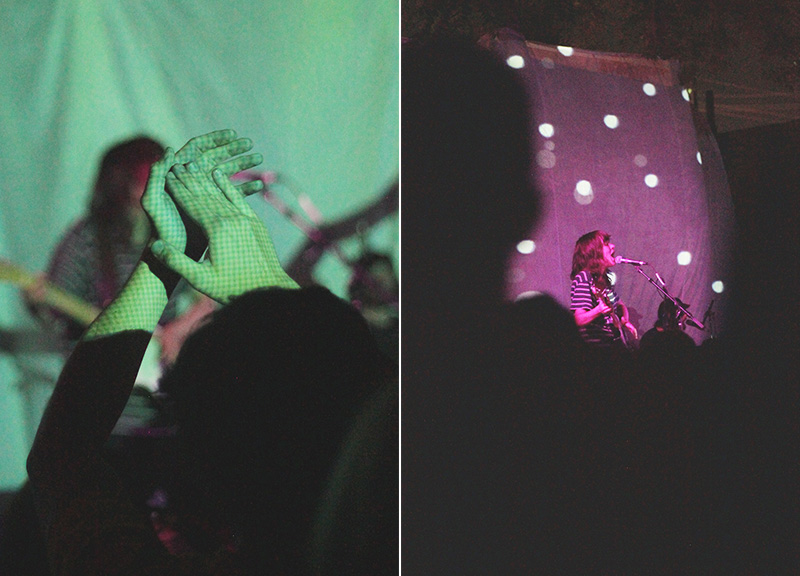 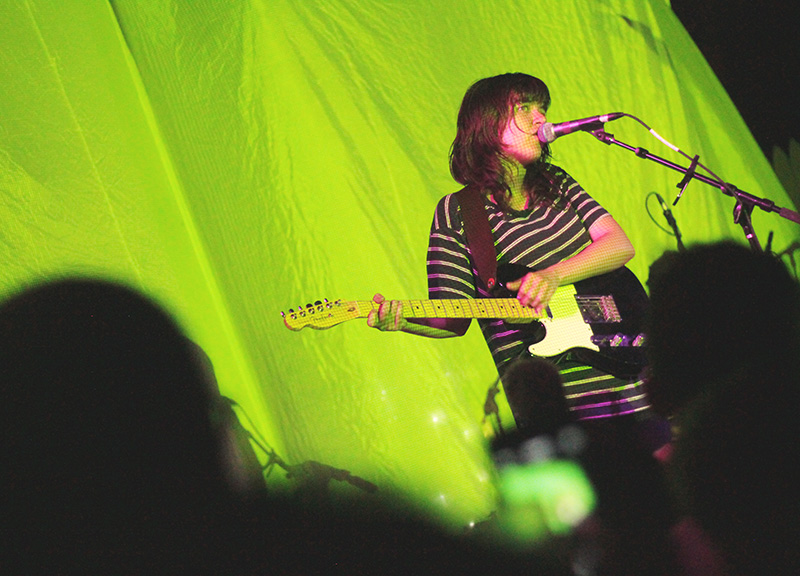 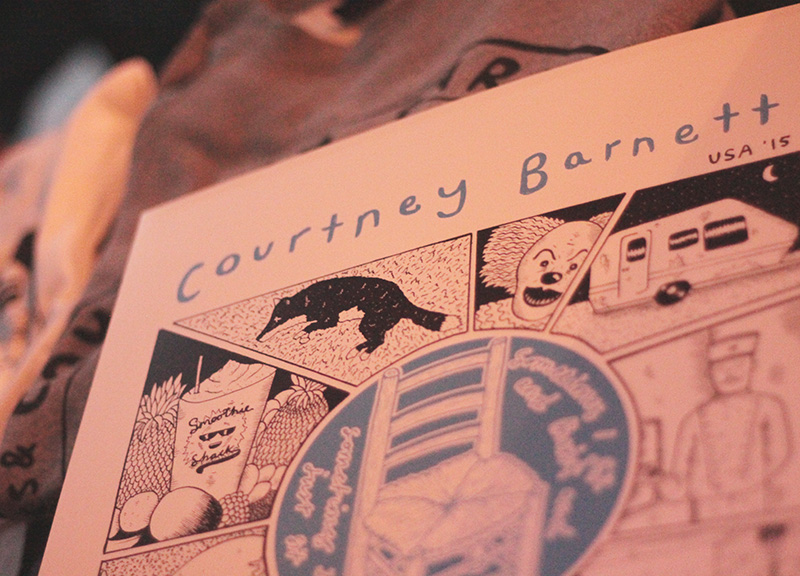 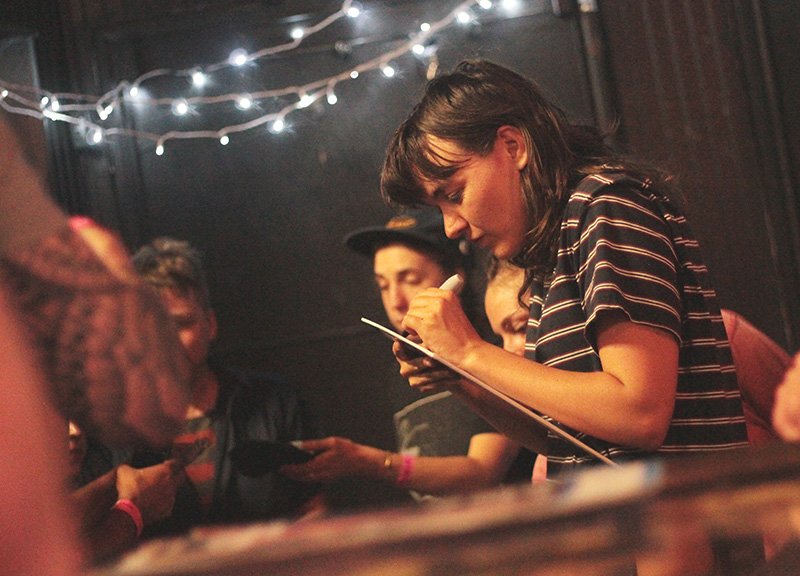 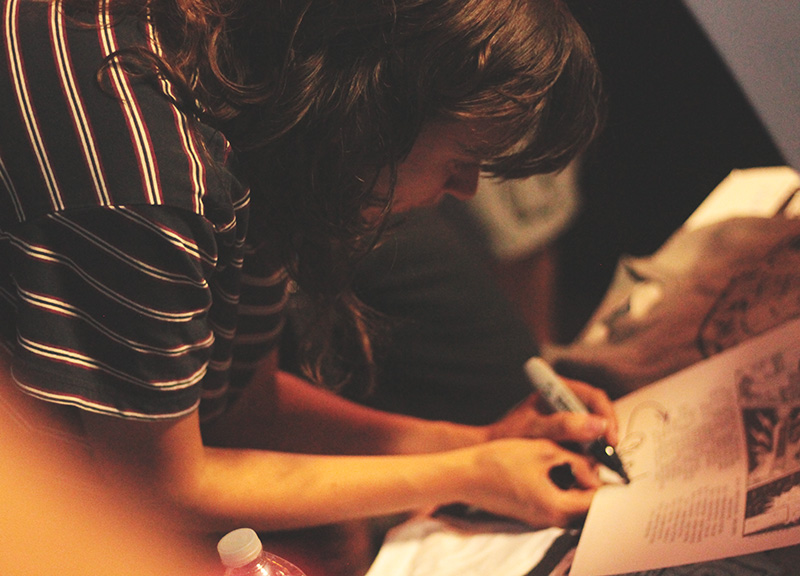