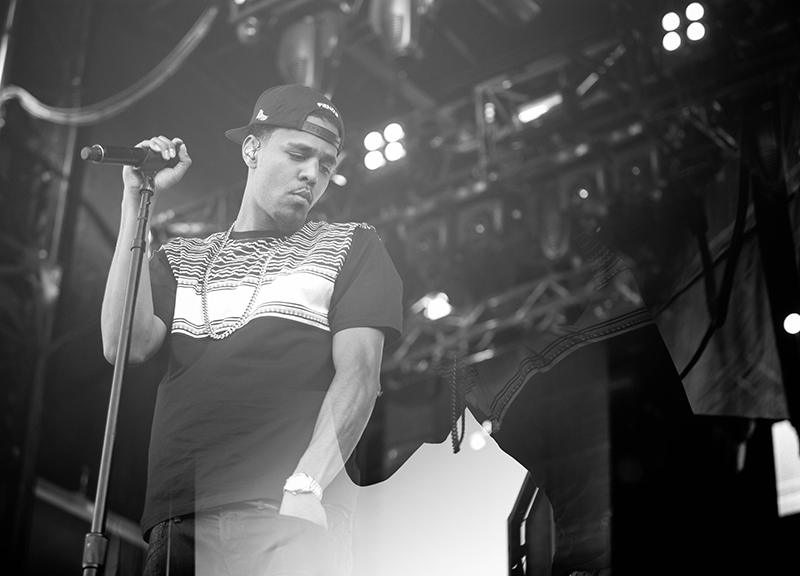 J. Cole To Perform Surprise, $1 Concert At Undisclosed Location In Dallas On Sunday.

North Carolina rapper J. Cole is no stranger to surprising his North Texas fanbase, but his next stunt just might be his coolest yet in the area — namely because it'll presumably affect more than one person and her circle of friends.

On Sunday, June 21, Cole will kick off the third edition of his “Dollar and a Dream” tour series in Dallas, performing at an as-yet-unannounced location, with entry to the show costing attendees all of $1.

Details on the show — its location, how to get tickets, etc. — will be announced on the day of the event, via Cole's Twitter page.

The stop will be Cole's first of note in the area since his performance at last year's Suburbia festival and his first since the release of last year's acclaimed 2014 Forest Hills Drive LP. It also comes in advance of a scheduled August 23 date from the rapper at Gexa Energy Pavilion alongside Big Sean, YG, Jeremih, Bas, Cozz and Omen — but it won't find the rapper performing cuts from that album. Rather, this four-city run, named for a song off of Cole's 2011 major label debut and with stops also scheduled to take place in New York, Atlanta and Los Angeles, will find Cole performing his 2010 mixtape, Friday Night Lights, in its entirety.

Affiliates Omen, Bas and Cozz will also perform as part of the festivities.

So, y'know, keep an eye on Cole's Twitter, folks. Oh, and for a taste, perhaps, of what's to come, check out the below clip from Cole's camp that documents the most recent previous “Dollar and a Dream” tour, which took place last summer.