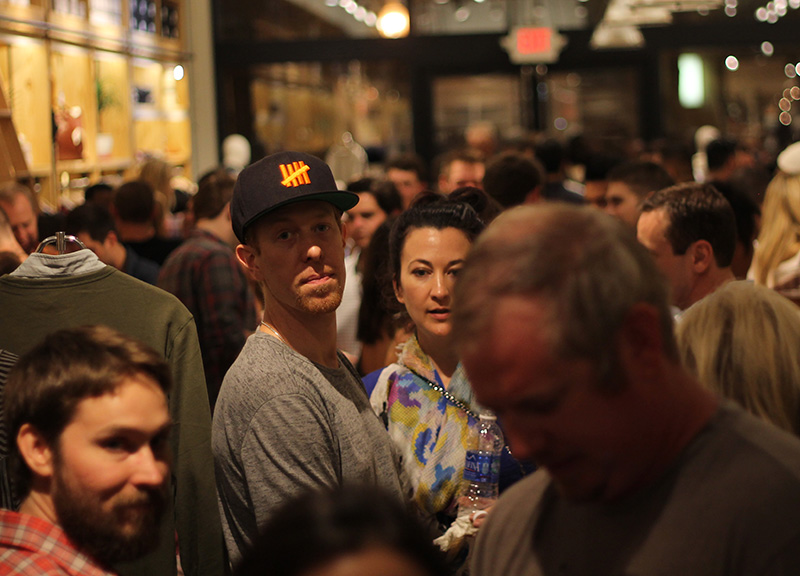 No, the full-scale outdoor stage that had been set up in the parking lot outside of the store's back door, right along Cole Avenue, wouldn't end up being used at this affair — the torrential downpours made sure of that. But, still, the North Texas-bred, Austin-based White Denim, who had been booked to play this Americana clothing store's opening, would play on regardless.

They wouldn't start at 7:30 p.m. as originally intended, though. At that point, the rain was coming down as heavy as it would all night. Instead, the band gathered backstage at that hour, game-planning their efforts. In the end, the members decided simply to move the show inside the store itself — a smaller-scale offering, to be sure, and one that infringed upon the partying socialites (and, oddly, a wandering Don Nelson) inside.

But it was a fine move, turns out: Rather than the outdoor festival vibe that the intended-for-use outdoor stage would've provided the band's set, this new, indoor setting gave the band's hour-long offering at the store an almost South by Southwest-like appeal. Plus, considering that the band's just last year performed at the much-larger Granada Theater, the more intimate setting was a welcome one.

As the band moved its gear from the outdoor stage to a small floor space near the back of the store — nestled in among racks of designer button-downs ($178), watches ($550) and T-shirts ($110) — the members and its audience, which encircled the band some 20 feet deep, alike joked about the house-show feel of this different set-up.

That was a welcome change, but not one without complications: Without the proper amps on hand, frontman James Petralli's vocals were piped in through the store's P.A. rather than an amp. As a result, you couldn't hear his singing over his band's music, right by the performance, which started shortly after 8:30. You could, however, hear him loud and clear at the front of the store, where the band's playing actually sounded a little faint. The sonic sweet spot, instead was in the middle of the store — assuming one didn't mind not seeing the band through the crowd as it played.

It was a give-and-take, to be sure. But the band sounded great nonetheless, laughing with the crowd as it ripped through some of its older songs (read: “Shake Shake Shake” and a number of cuts off of 2011's remarkable D) before spending the last 30 minutes of the performance playing songs from the soon-to-be-released Corsicana Lemonade. Those new songs, it should be noted, sounded great — a little bit softer around the edges than earlier White Denim cuts, but with an immediately catchy, more accessible, R&B-ish appeal.

A little after 9:30, the treat of a free show finally came to its end.

“Buy some clothes, everybody,” Petralli said as the set wound down. “It's why we're really here.” 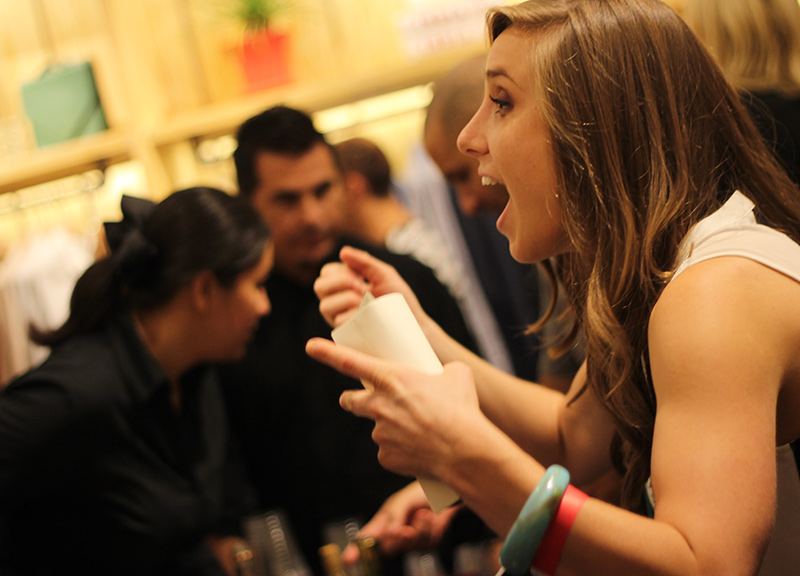 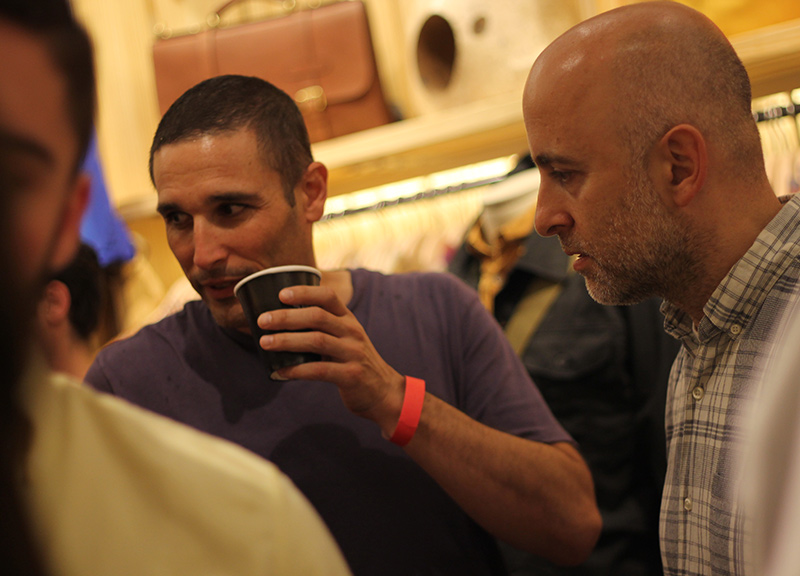 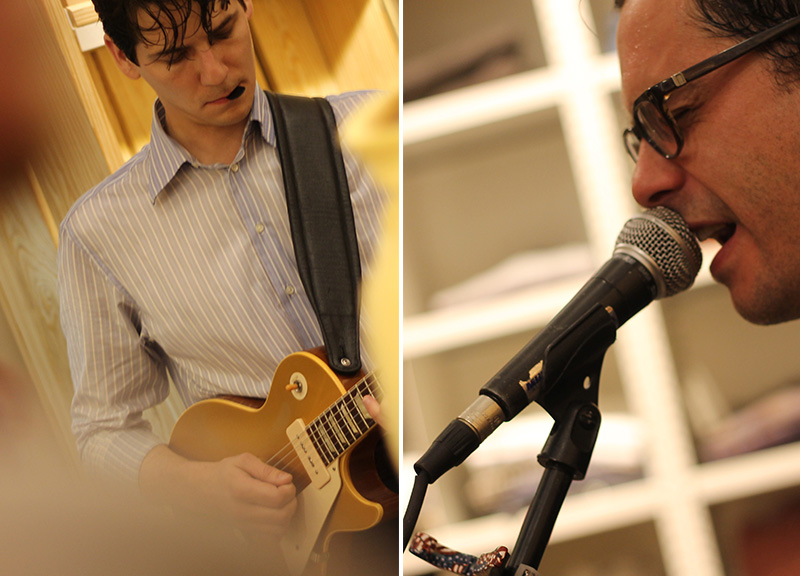 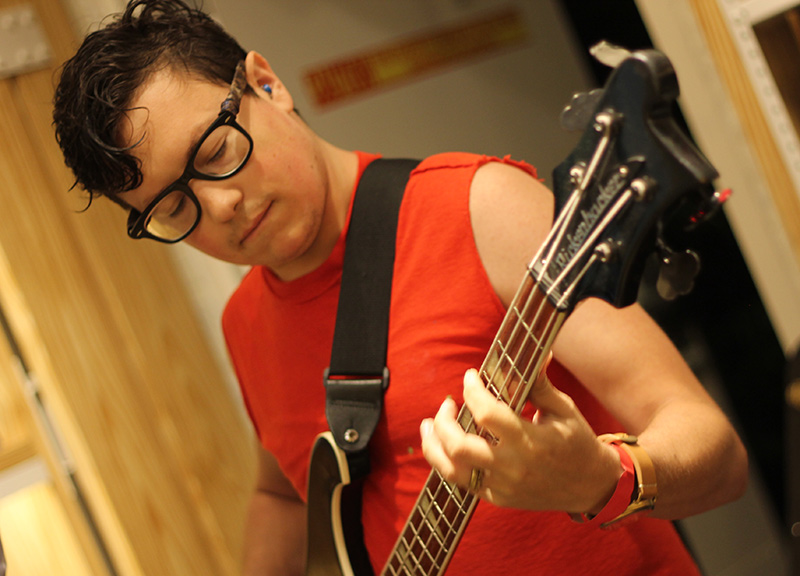 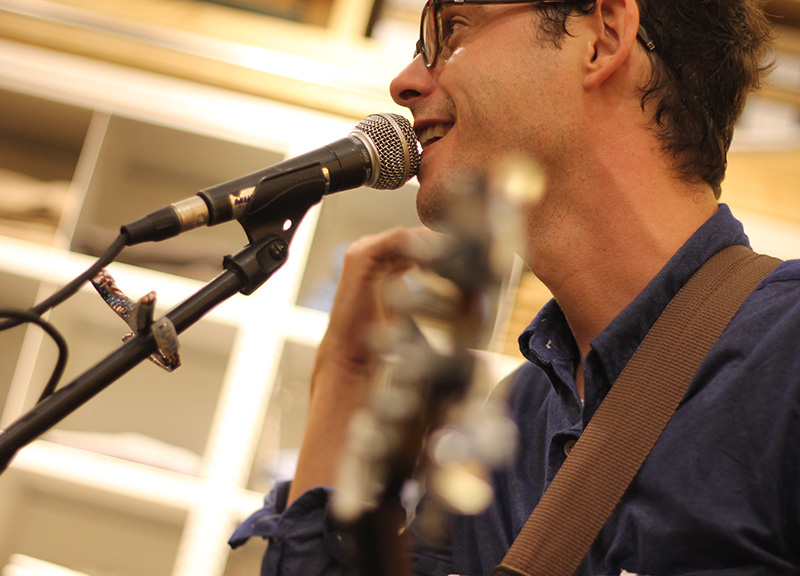 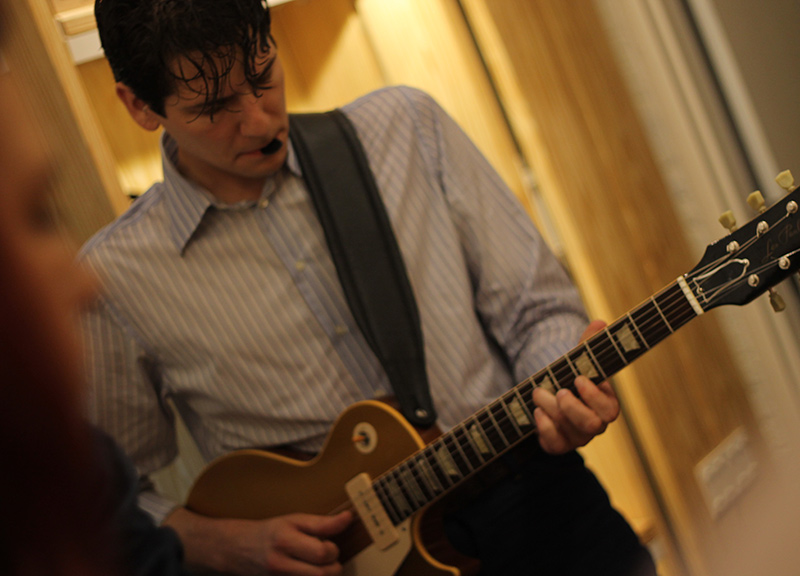 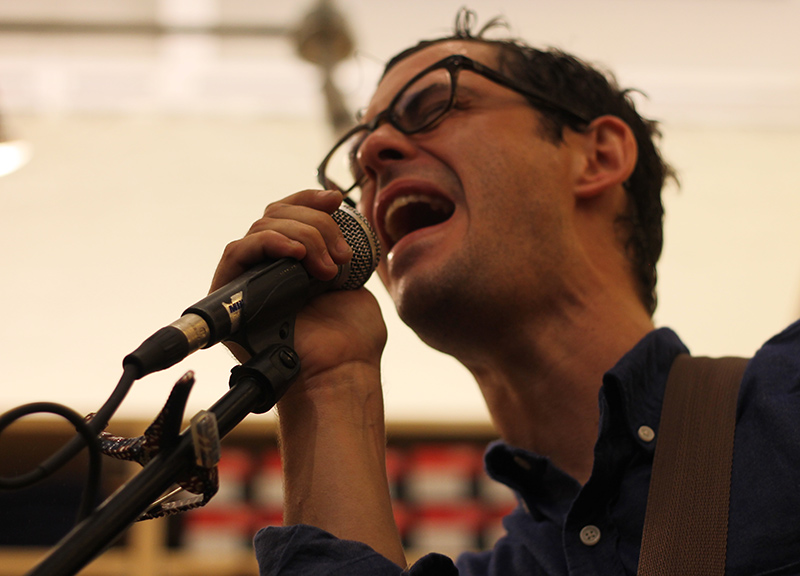 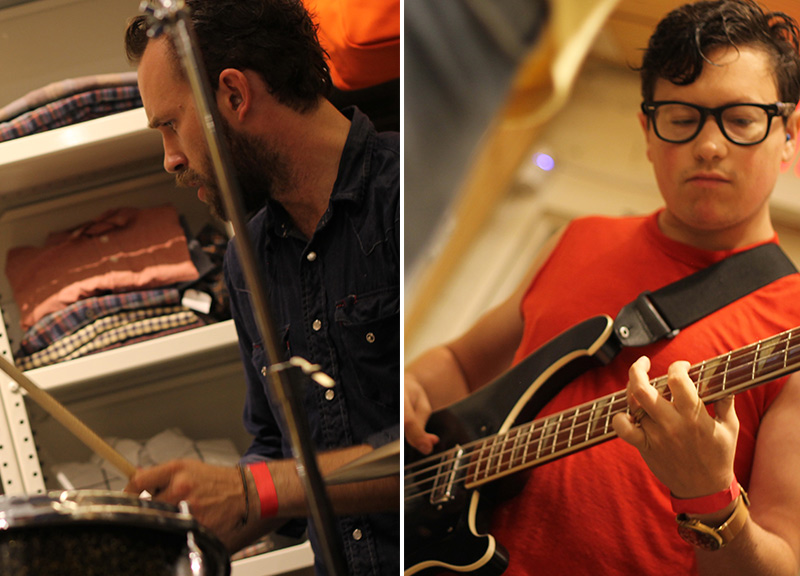 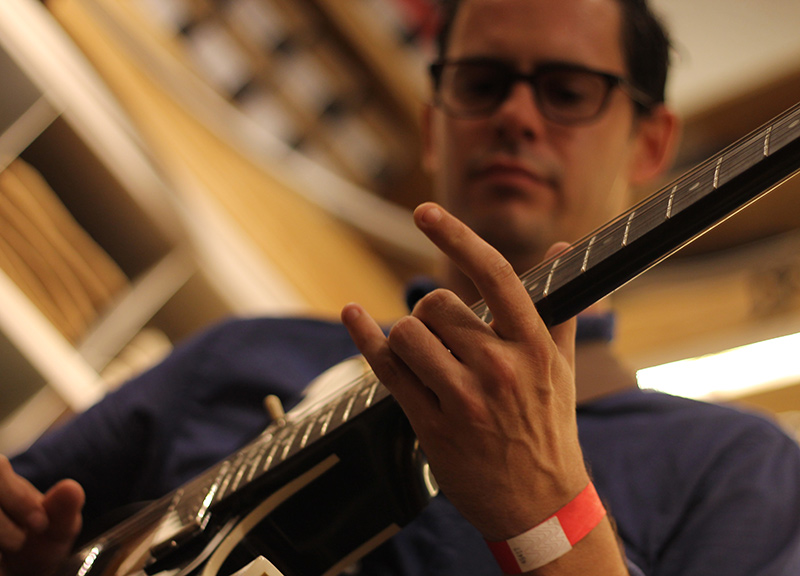 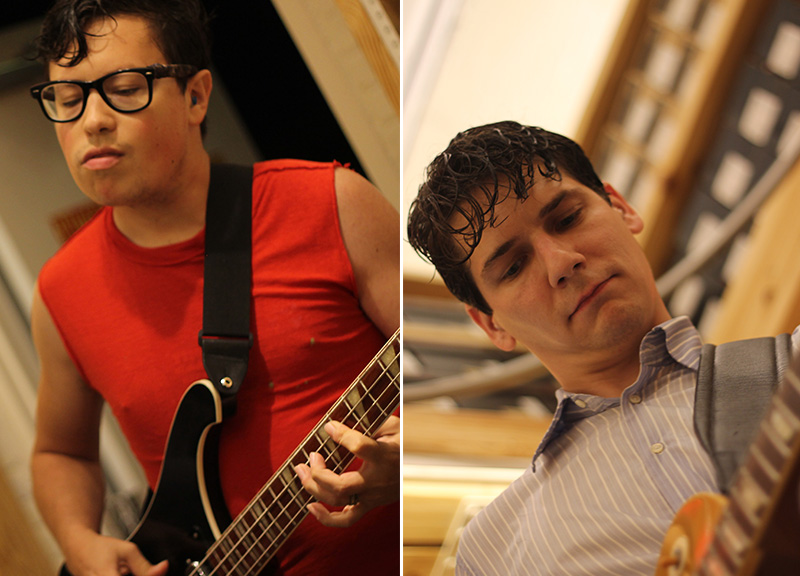 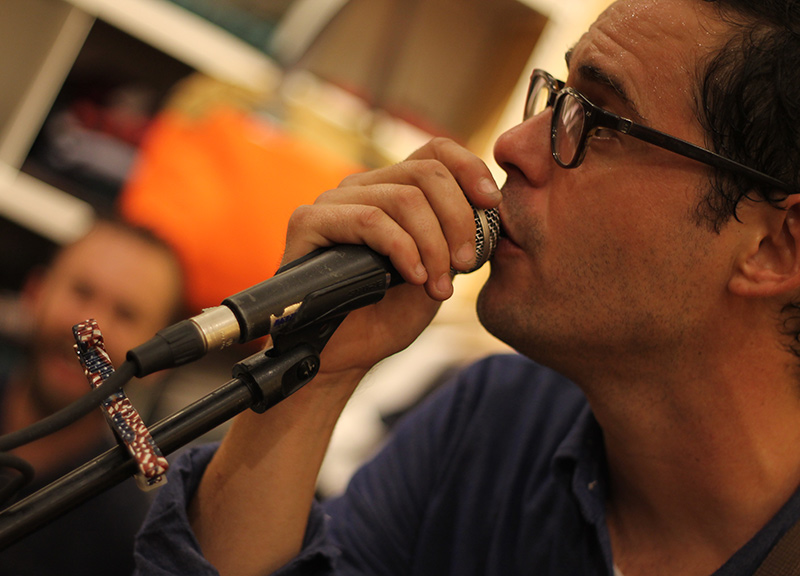 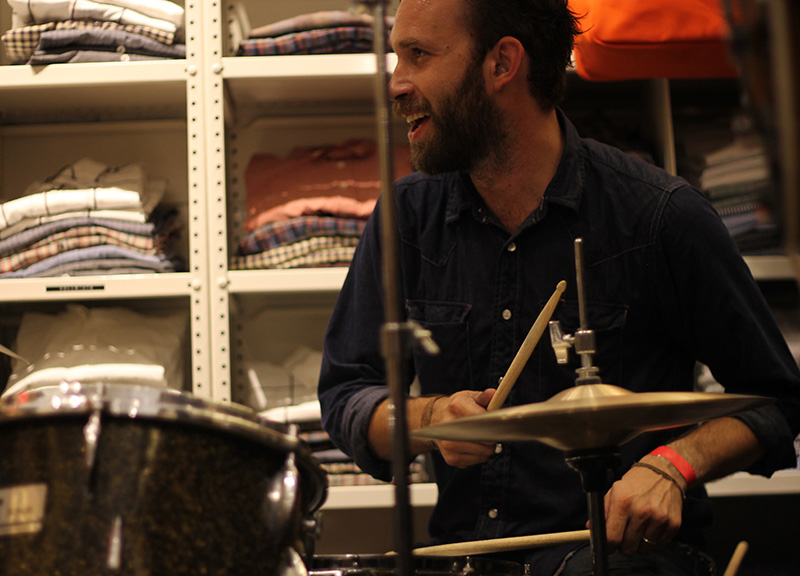 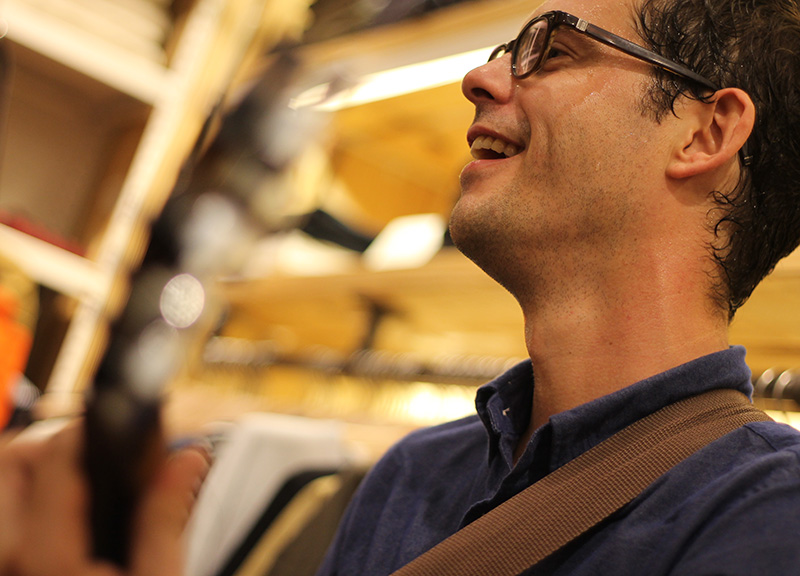