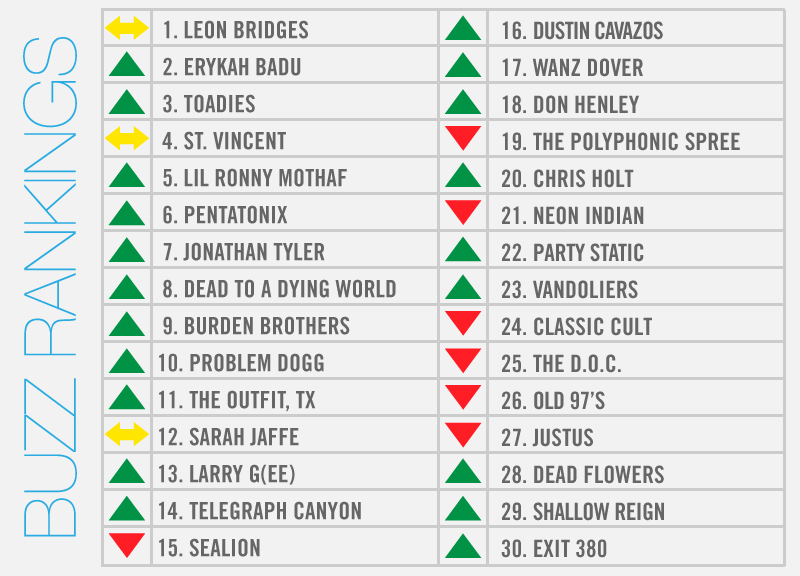 A week after a mixtape that put a hip-hop spin on his soul leanings dropped, Leon Bridges finds himself back atop our weekly, local music power rankings once again — this time thanks to his spot-on, chill-inducing performance on NPR's lauded Tiny Desk Concert series.

Really, it's worth stopping down for, even for those among us who are starting to find ourselves Leon Bridges'd out.

What can we say? Dude knows how to build and maintain a steady stream of buzz better than just about any other North Texas artist has in years. This week's No. 1 marks the 12th time Leon's topped our list in the past 12 months, tying him with Sarah Jaffe for the most No. 1s all-time.

Just behind those two on the all-time list is Erykah Badu and her 10 No. 1s. After announcing her upcoming, yet-to-be-written one woman show, she only narrowly missed out on No. 11.

In the No. 3 hole is six-time winners the Toadies, which made its annual push towards the top of the rankings thanks to its namesake Dia de los Toadies festival that'll go down this weekend out in Fort Worth. This year's fest is an even bigger deal for the band, as it'll use Friday night's “almost acoustic” show to release its upcoming Heretics LP. Other locals playing the fest include the aforementioned Jaffe, as well as the reunited Burden Brothers and Buck Pets, plus Son of Stan, Gollay, Sealion and Holy Moly.

Other acts releasing new material this week include Pentatonix, Dead Flowers, Nervous Curtains, Don Henley, Larry g(EE) and Bobgoblin, most of which you can find streaming here. And not to be forgotten was The Warden, who let us premiere a new track about that time his band incited a bar brawl between a bunch of rockabilly fans and FBI agents.

Elsewhere: St. Vincent got the mini-doc treatment; Problem Dogg got shut down; Lil Ronny MothaF got some Beyonce love; and Dead to a Dying World got Pitchfork approval. 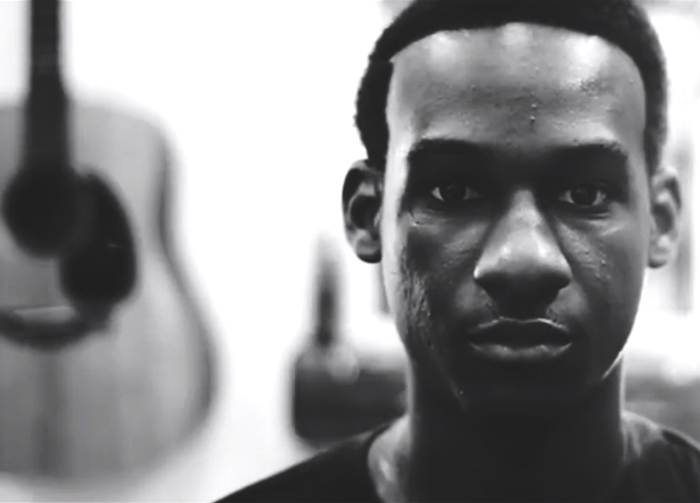