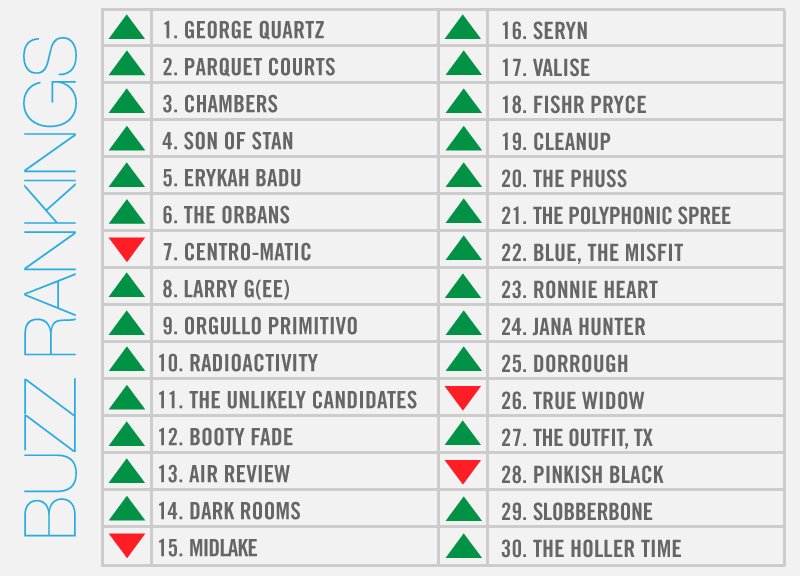 Though he's, perhaps, most visible in his role co-hosting Dallas' long-running Good Luck Karaoke, which currently holds court on Thursday nights at Twilite Lounge, George Quartz has long been a seasoned performer in his own right.

Most recently, the eccentric showman hosted a triptych of performance art opuses in the burgeoning Trinity Groves neighborhood, the final installment of which took place over the weekend.

It was an impressive display, to be sure — and one that left our own Karlo X. Ramos with the impression that the one-of-a-kind performer is one of the best live artists in the region. Wrote Ramos: “There's no question that Quartz is a skilled performer — and especially visually, where he's uniquely able to craft and draw audiences into his shared vision, be it through an imaginary, decadent resort or a bloody beach. His is the very definition of what live art and music should be, both immediate and fleeting.”

And now, after showing up in roughly 12 percent of our weekly, local music power rankings, George Quartz finally reached the exalted No. 1 spot this week.

Not far behind him was Parquet Courts, which not only released its much anticipated new album this week, but played an album release show at Dada that made us wish, more than ever, these guys were truly a quote-unquote North Texas band.

Similarly, Chambers will release its own album this weekend at Dan's Silverleaf. Although we're not sure exactly how good that one will be, Air Review, Midlake, and Seryn all seem to hate it.

Then there's The Orbans, The Unlikely Candidates and Valise which were each announced this week as participating in this year's KXT Summer Cut — an event that may or may not be a true music festival.

Elsewhere: Son of Stan released the first single from its next album; Ronnie Heart debuted a new music video; Dorian of The Outfit, TX upped his visual ante; and Larry g(EE) and The Phuss signed new deals.