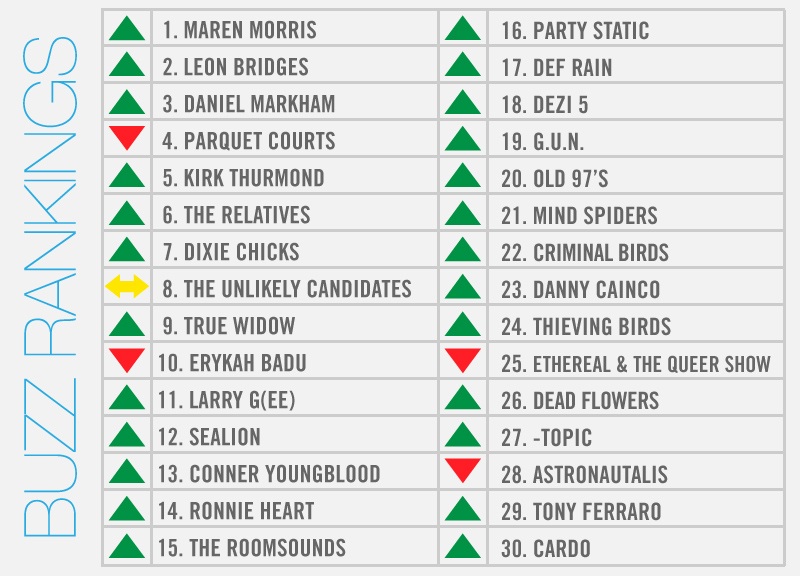 This Week, Maren Morris Was A Morning Person.

This morning, Austin City Limits announced its lineup of big names playing this fall's two-weekend affair. At the top the list? Radiohead, about the buzziest band on the planet right now.

Scroll down a little further, though, and you'll find just one act with local ties: Maren Morris.

It's a deserved honor. About a month out from the release of her debut LP, Morris has gotten loads of buzz herself from places such as Rolling Stone, among others. She even performed live on Good Morning America this week!

So, yeah, not a bad week for Ms. Morris. Good enough to top our weekly, local music power rankings for the second time, at least.

Her week was good enough, too, to prevent Leon Bridges from taking the spot for what would have been his 22nd time. Still, he had a pretty alright week himself as the subject of a new 22-minute documentary about his rise.

On the stage this week, Parquet Courts headlined the Granada, Larry g(EE) and others played the sold-out Taco Libre festival, Dead Flowers and others will help rechristen the Double Wide's redesigned venue this weekend and Kirk Thurmond opened for Ms. Lauryn Hill at The Bomb Factory last night.

In the next few days, Daniel Markham and Ethereal & the Queer Show will also play release shows for their new albums, the latter coming at the soon-to-shutter Rubber Gloves. Also releasing new tunes this week was Conner Youngblood, Danny Cainco, G.U.N. and Tony Ferraro, among others. 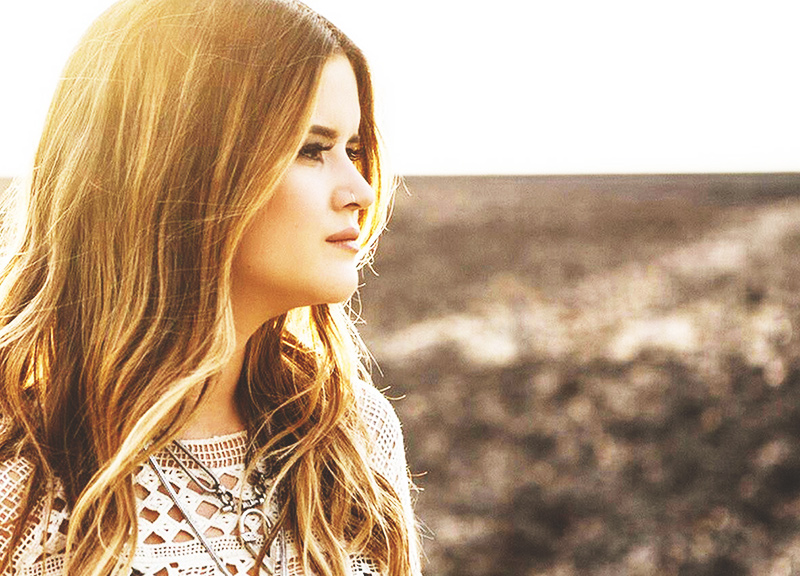