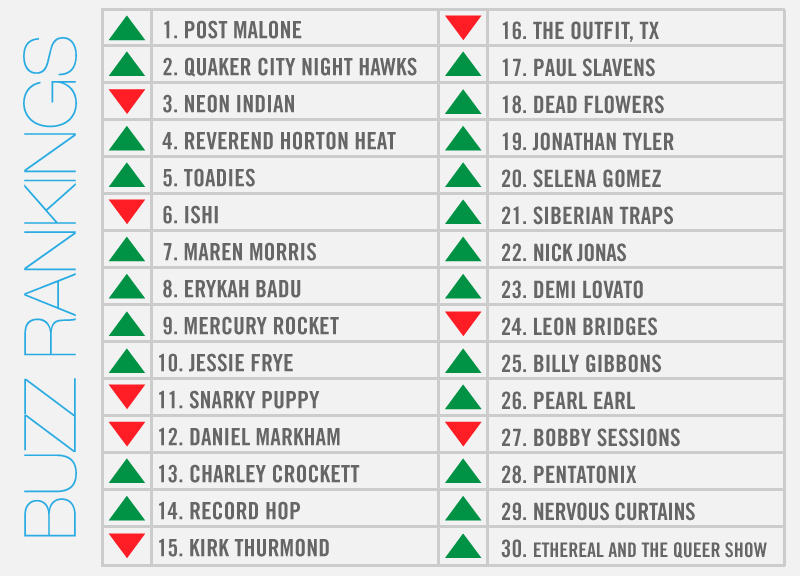 After finishing No. 3 last week in our weekly, local music power rankings, Post Malone rose to the occasion and climbed to the top of the mountain this week. It is his fifth such time to do so since his first time to top our rankings 51 weeks ago.

He did so by performing in front of a cast of thousands in Fair Park at Friday's biggest JMBLYA yet, and by, just the day prior, releasing a new mixtape — his single biggest batch of tunes to date.

In the No. 2 hole is Quaker City Night Hawks, a band that releases its third LP tomorrow. The band's been celebrating that all week, with a listening party at Twilite Lounge the other day, and a set live from Victory Plaza taking place this coming Sunday.

Farther down, Neon Indian and Ishi's turns at the seventh annual Homegrown Fest earned them spots on the list as well. And Reverend Horton Heat did nicely for itself this week, too, thanks to its participation in its own Elm Street Tattoo & Music Festival at The Bomb Factory this Friday and Saturday, where they'll be joined by the similarly buzzing Dead Flowers.

Also coming up are several reunion shows from bands looking to play Rubber Gloves one last time before it shuts 'er down — Terminator 2, Hogpig, Spook Folk, Knee Pad, Dear Human and Record Hop, among others.

Elsewhere; Toadies joined the X-Men; Maren Morris is playing the Grand Ole Opry; and Paul Slavens decided it'd be a good idea to drop 10 albums at once. 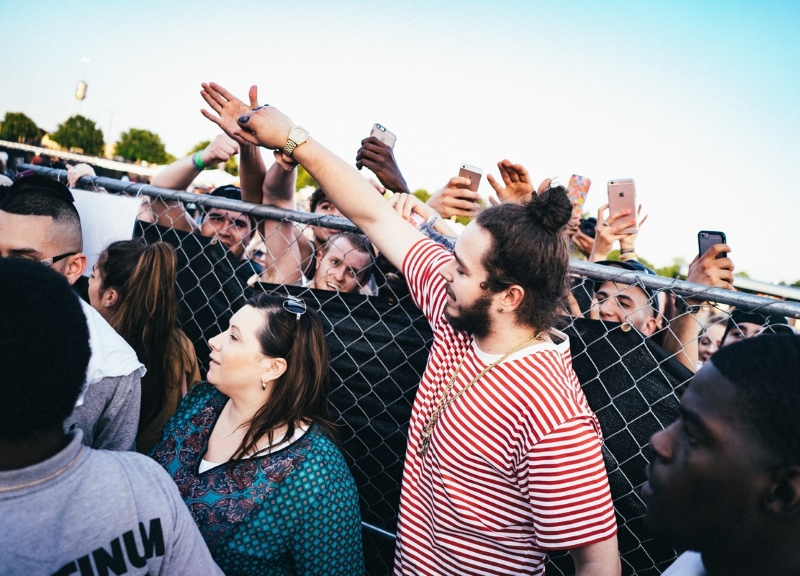