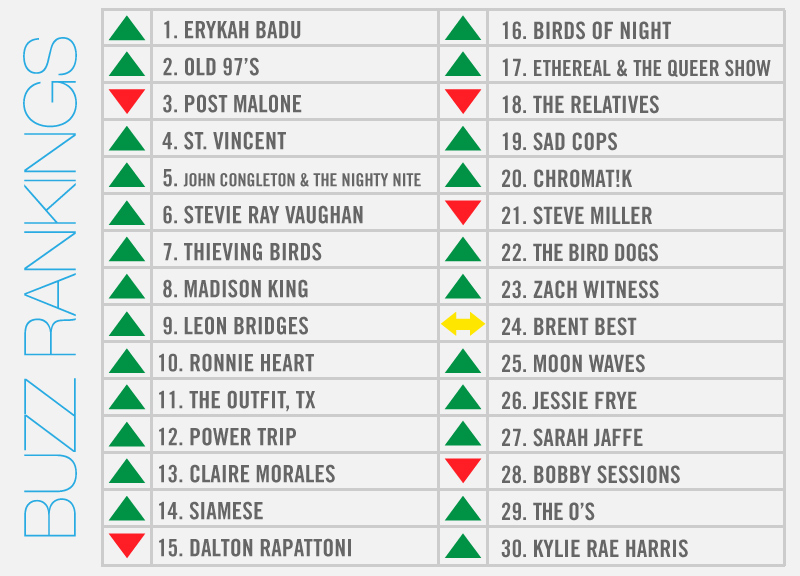 When you start your own music festival, name said festival after your band, said festival goes down and is widely proclaimed to be a helluva time and gets written about in statewide publications like Texas Monthly — and you still don't wind up atop our weekly, local music power rankings, well, you know somebody else must have had a pretty insane week.

Funny enough, that exact scenario happened to Old 97's this week. The Old 97's County Fair may have one of the coolest shows we'll probably see all year, but Erykah Badu just had a more baller week. Did you know she's going to be the music supervisor of a new Comedy Central series? Yup. Did you also know that both Fader and The New Yorker did cover stories on Ms. Badu this week, too? Double yup. Oh yeah, and she also released a new spur-of-the-moment 4/20 song yesterday. Just because.

Like we said, a pretty insane week. It's her 17th No. 1 in our Buzz Rankings all-time. Having baller weeks is just what she does.

Then those shafted 97's grabbed the No. 2 hole. Along with them, fellow County Fair performers Madison King and Brent Best did well for themselves this week, too. And speaking of fests: Claire Morales, Ronnie Heart, The Relatives and Siamese were announced as the local performers on this year's KXT Summer Cut, earning them some shine.

Let's talk about some other big shows, too. The Thieving Birds, Kylie Rae Harris and The Bird Dogs played this year's sold-out Jub Jam at the Kessler. This weekend, John Congleton & the Nighty Nite will play its first full-band local show in, like, five years or something. And Power Trip will tear its old RBC stomping grounds to shreds.

Elsewhere: Stevie Ray Vaughan is finally getting his Oak Cliff statue; St. Vincent is making a horror movie; and Ethereal & the Queer Show put out a killer new record. 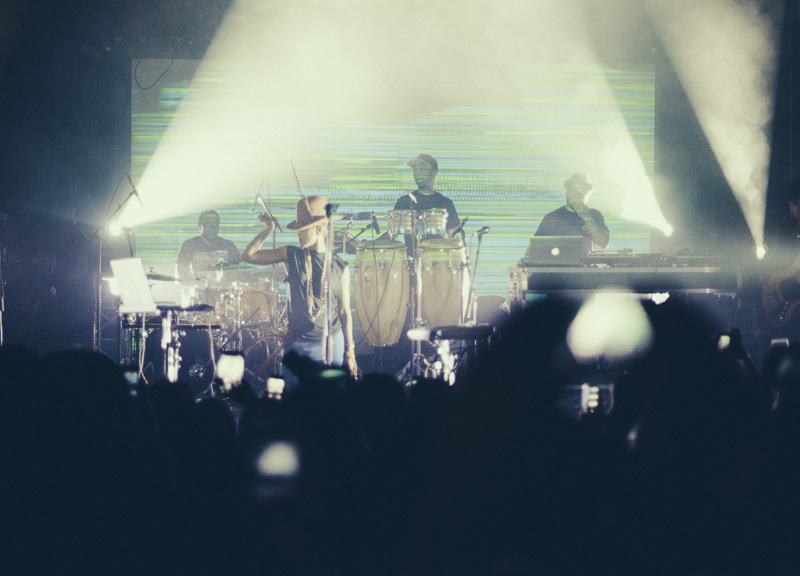