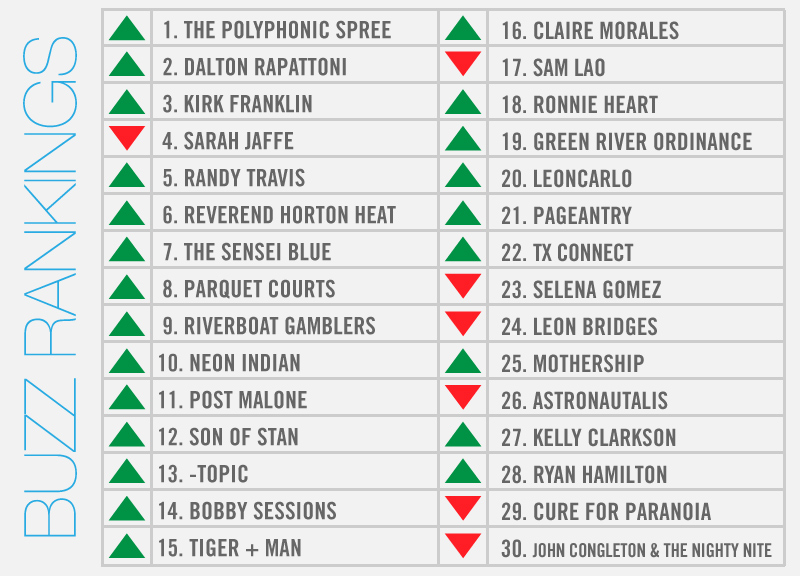 Tomorrow night, the eyes of the music world will mostly all be focused on Radio City Music Hall, where 18-plus big name acts will pay tribute to David Bowie. Among them? Blondie, the Pixies and Dallas' own Polyphonic Spree.

We've already discussed what they're doing up there and how you can stream the thing from the comfort of your own home here, so you might want to catch up on all that before tomorrow.

Bittersweet a way as it may be to earn the win, it makes the ninth time the Spree has topped our weekly, local music power rankings.

Almost edging them out of the top spot this week was Dalton Rapattoni. He not only earned a spot in the Top 4 of the final season of American Idol this week, but the local School of Rock instructor also earned a hometown parade and another event in Victory Plaza this week.

Not far behind was Kirk Franklin who was, once again, prominently featured on Kanye's new song. Sarah Jaffe, Tiger + Man, Ronnie Heart and the Nighty Nite all released new music of note this week, too.

Elsewhere: Randy Travis was tapped for the Country Music Hall of Fame; TX Connect started a label; and Sarah Jaffe and Sam Lao are playing the Granada for the mayor tonight. 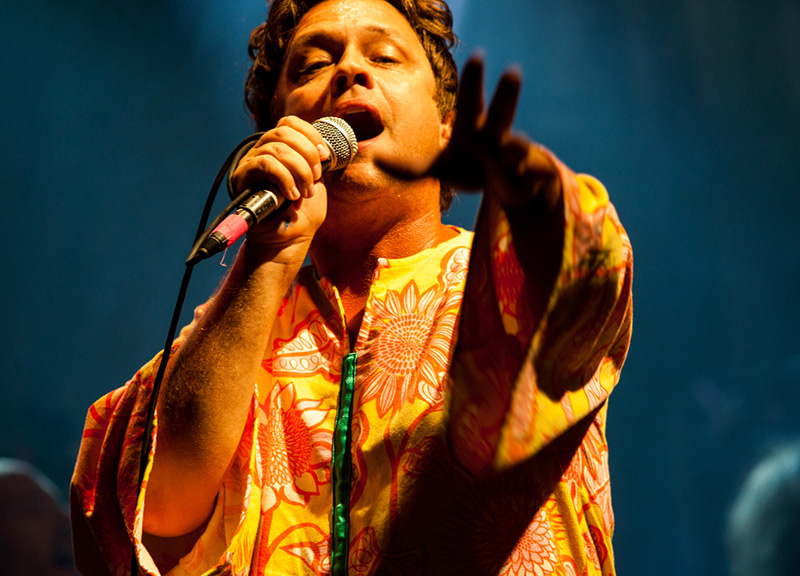