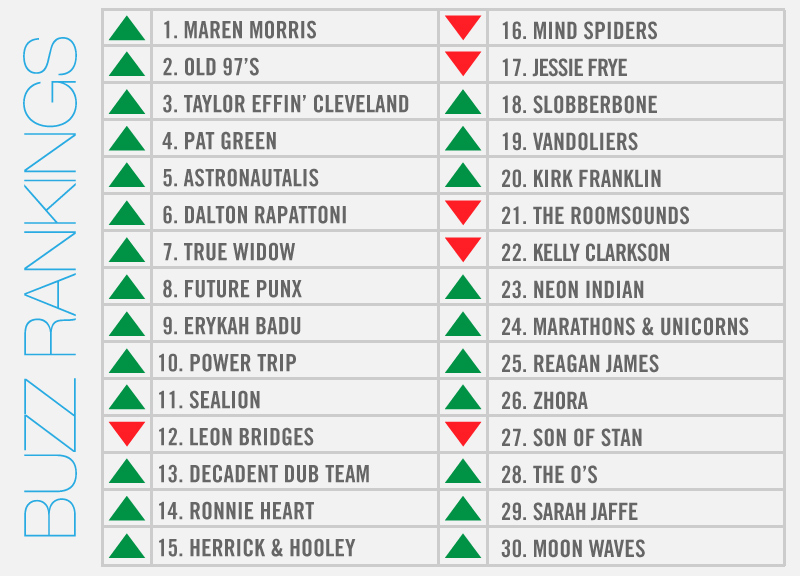 Maren Morris Was Quite The Hero This Week.

A year ago, the world watched Leon Bridges get famous in real time during a performance at the Spotify House at SXSW. Now, following a performance at that same locale this year, Maren Morris has too earned herself a fair amount of buzz. And that buzz should only continue to pick up steam in the coming weeks as she preps for the summer release of her debut album, Hero, and heads out on the road with Keith Urban.

All of that is to say that, like her fellow Columbia labelmate Mr. Bridges, we expect Morris to top our weekly, local music power rankings several more times this year. Still, this being her first-ever Buzz No. 1, it'll probably be a while until she matches Leon's ridiculous 21 such feats. Also, in a somewhat interesting note, this week marks the fourth straight week that a female has topped this list.

Also of note: Morris was far from the only country artist on the list this week. Just behind her were the Old 97's, who are currently in the studio working on album No. 11. In the meantime, a charity tribute album of 97's tunes earned its release this week. And just a few slots below them was Pat Green, who sold out his Rustic venue for a big St. Pat's concert.

Television was also a big player. For one, ol' Leon showed up on The Today Show. Meanwhile, Dalton Rapattoni continues his impressive run on the final season of American Idol tonight. 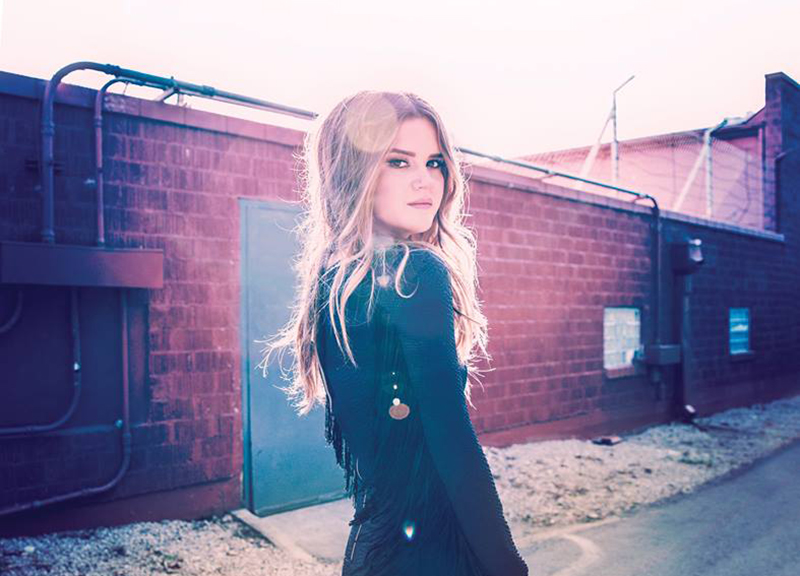