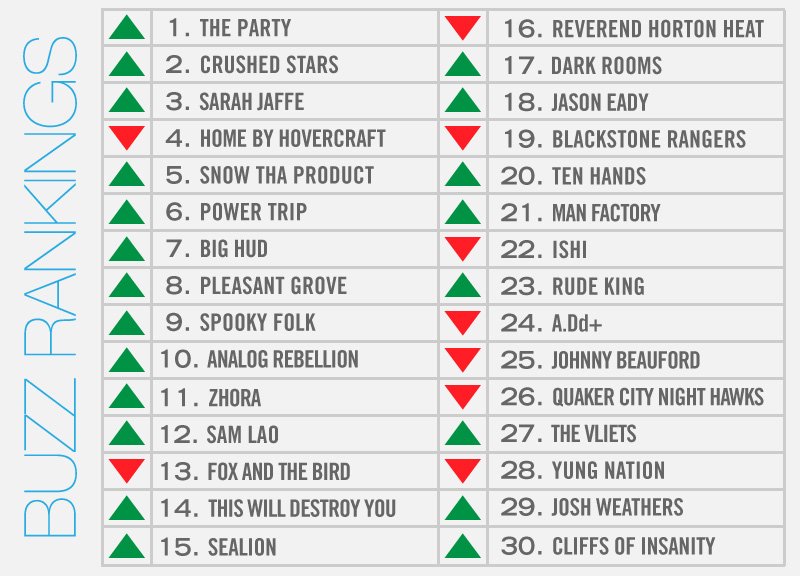 This Week, The Party's Really Popping.

In the mid-aughts, there was nary a musical entity in town that held quite the stranglehold over the Dallas nightlife scene that the trio of DJs collectively known as The Party did.

And, in turn, much has been written in the years since about The Party's ability to helm unforgettable soirees — and perhaps more importantly, of the group's unique ability to bring all facets of the Dallas arts scene together.

Thing is, while The Party's DJ Sober has become the region's most visible, sought-after DJ in recent years, his former cohorts, DJs Select and Nature, have since relocated to New York and Puerto Rico, respectively. And while the trio did get together for a radio set last year in New York, they haven't done their thing in a live setting in at least five years.

That alone should guarantee the relaunch of our monthly Pop That! event tomorrow night will be an incredibly special affair.

Counting all the times Sober at least shared a part of the top spot in our weekly local music power rankings, The Party's No. 1 finish marks the fourth time the DJ finds himself in the No. position. For those keeping track at home: He's done it twice as a solo performer, and once with his Booty Fade project.

Not far behind The Party this week was Crushed Stars, which celebrated the release of its critically-lauded new LP with a pair of release shows at Good Records and The Kessler. Joining that band on those bills are fellow locals Myopic and Pleasant Grove, respectively, which both, coincidentally, feature drummer Jeff Ryan. Also at The Kessler this weekend? A reunion show from the Paul Slavens-led '80s local powerhouse Ten Hands.