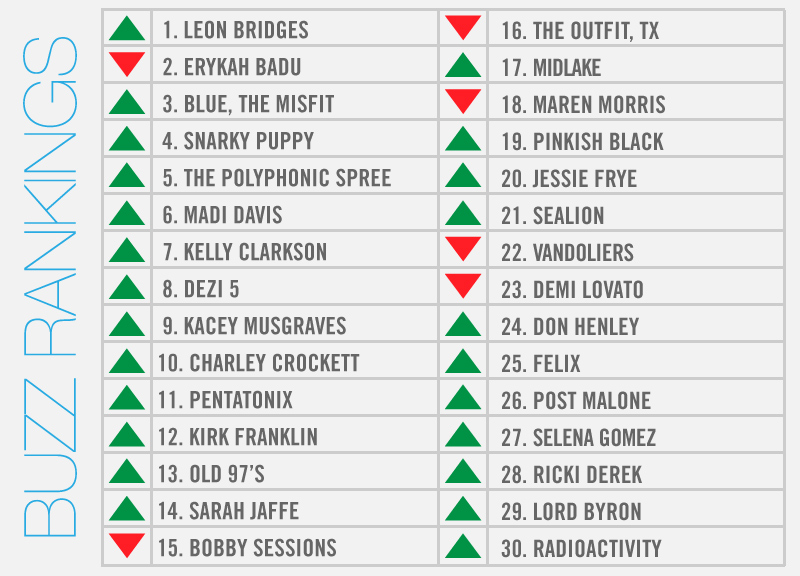 After killing it on SNL last weekend (where, yes, he also dabbed) and then earning his first-ever Grammy nomination, there was little doubt that Leon Bridges would top our weekly, local music power rankings again this week.

Now with a December Buzz victory under his belt, that means August and October were the only two months in 2015 in which Bridges didn't top our Buzz Rankings at least once. (To make up for it, he went and topped the thing four times in September and three more in November.)

For her part, Badu remained red hot this week too, trending on Twitter with her #AskErykah campaign.

Then there are folks like The Polyphonic Spree and Ricki Derek that are throwing their big, annual holiday concerts at The Majestic and Granada Theater, respectively. And most everyone else on the list either took home a trophy at last night's Dallas Observer Music Awards ceremony and/or cropped up somewhere on our year-end best local songs countdown. 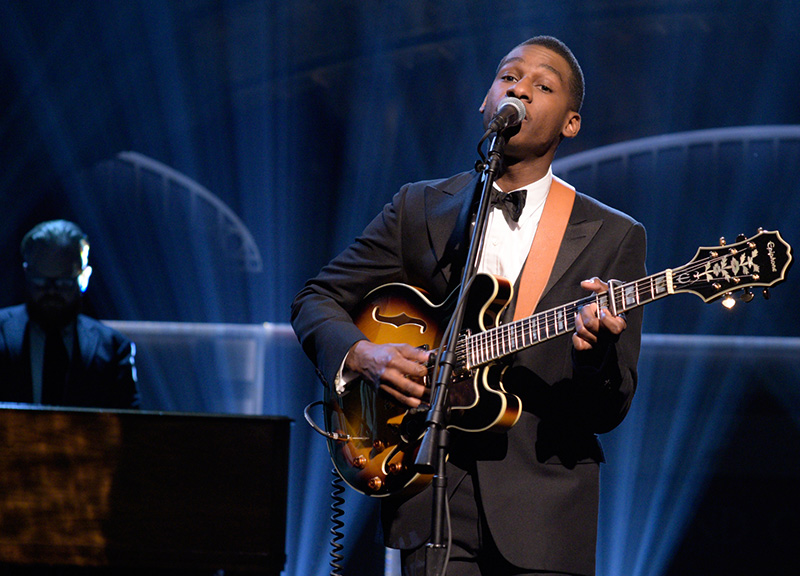