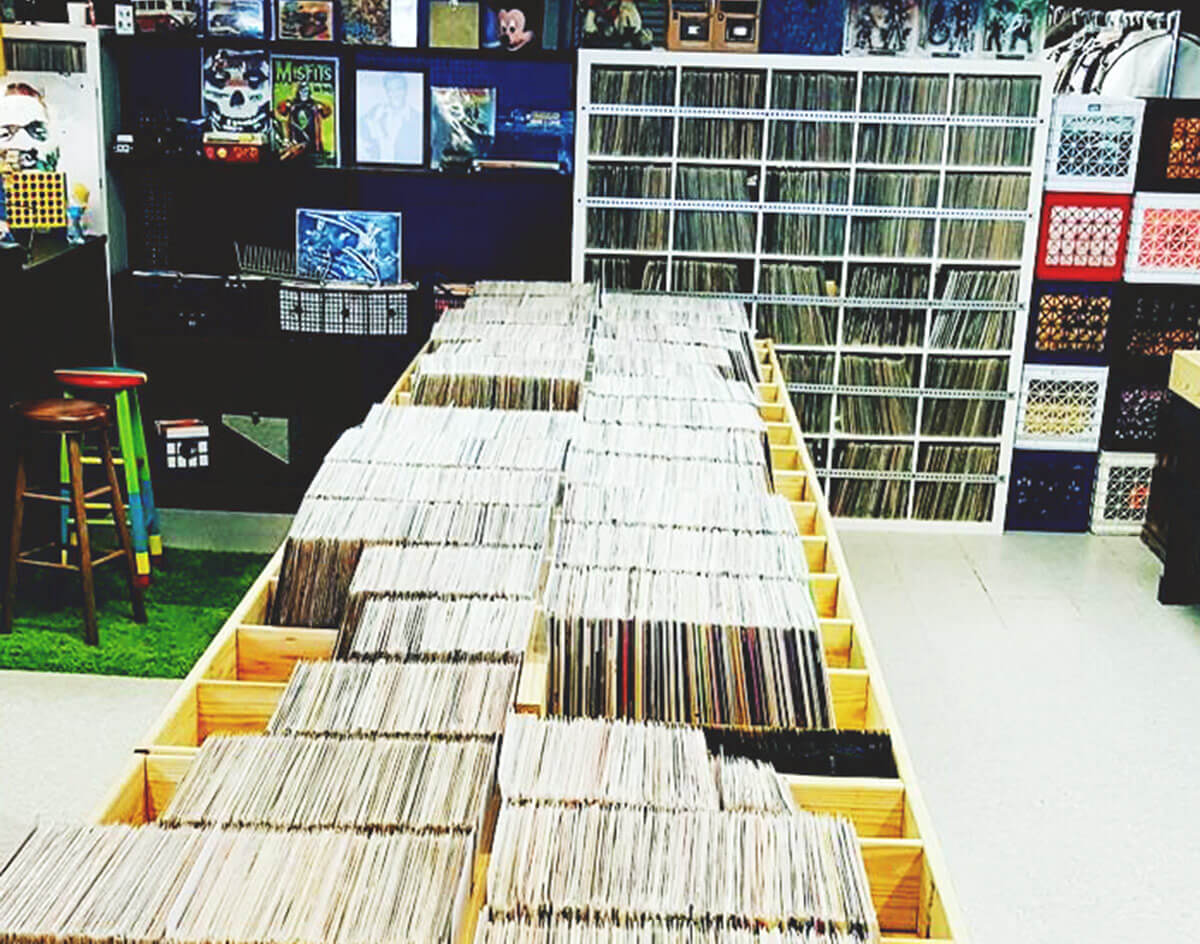 Thieves Stole $12,000 Worth Of Merchandise, Equipment and Cash From Retroplex Records In Garland On The Day After Christmas.

For most of us, the day after Christmas stands as yet another day of celebration, a chance to spend some time with family and loved ones.

But for record store owners Josh and Amber Kynd, December 26, 2016, came off more like a big lump of coal. According to surveillance footage, thieves broke into their store – Retroplex Records in Garland – and stole an estimated $12,000 worth of merchandise, equipment and cash that day.

The store is closed on Mondays and Tuesdays, but Josh Kynd stopped by Monday evening to get some equipment for a DJ gig, only to discover a broken window and the inside of his store in disarray.

“We had some cash taken, my personal Apple Macbook Pro Laptop Computer, two CDJ Decks which Josh uses in to play gigs, the mixer for our listening station, the store’s 8 channel mixer, quite a bit of vintage clothing… and a significant amount of records taken,” Amber Kynd tells Central Track.

See Also: Believe It Or Not. // Some Jerks Stole A Charity Donation Jar From Dallas Sandwich Shop The Great American Hero Last Night.

It was a devastating hit for a young store still trying to make its mark in a region with a lot of quality record shopping options. Fortunately, while the thieves remain at large, the Kynds were able to quickly clean up their place and reopen operations by December 28.

“We were fortunate to not have to close the store,” Amber says. “We were able to do what was necessary to reopen our next scheduled day.”

At least some of the credit for that goes to the shop’s friends, its family and its customers, who have turned out to support them in this time of need. DJ Bryan Coonrod., for instance, has set up a Facebook event to encourage people to shop at the store on Saturday, January 7. Meanwhile, the Kynds’ own GoFundMe page has, at the time of this writing, received more $3,400 in donations from folks looking to help them restore what was lost.

“We’re overwhelmed and grateful for the outpouring of support shown by friends, community and beyond,” Amber says. “We feel extremely fortunate to have such amazing people showing support in any way they’re able. Both Josh and I have been moved to tears on several occasions since the break-in by the love and support shown us.”