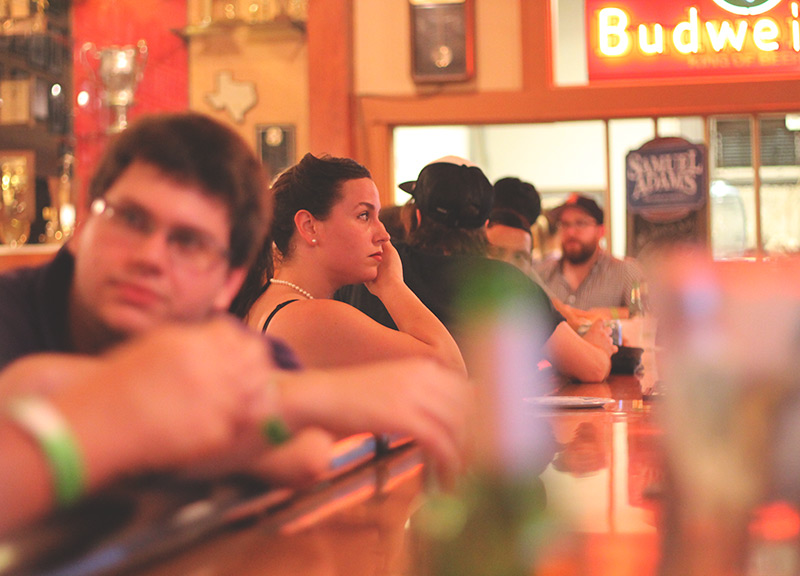 The Angelus Created A Dark And Barren Landscape At Sons Of Hermann Hall Last Night.

Thanks, in part, to a little hubbub going on down the street earlier in the evening and the venue essentially double-booking itself, there was a bit of added excitement in the air for last night's goings on over at Sons of Hermann Hall.

With the hundred or so would-be ballroom dancers tromping around upstairs in the venue's typical performance space and the older mix of somewhat confused regulars hanging out in the downstairs bar eating tacos and playing pool, the added swirl of activity made last night's performances in the fraternal lodge's old bowling alley from The Angelus, Austin instrumental quartet Weird Weeds and Eyes, Wings and Many Other Things feel all the more special.

And the spaced out, somewhat experimental sets by the three bands doing a rare show in this downstairs space were by far the most calm proceedings taking place in the venue. And seeing all three of these acts perform their latest records in full was indeed something of a treat.

The droney psychedelic offerings by Eyes, Wings and Many Other Things were bolstered by huge trippy projections shining directly onto the band's members as well as the huge white curtains they had hung behind them for their set. After wondering aloud how the band instinctively knew how and when to start and stop their challenging, seemingly structure-less songs, area violinist Petra Kelly (who later in the evening would be sitting in during a few numbers by headliners The Angelus) quipped that the feat could be attributed to the band member's psychic connection.

Weird Weeds' instrumental offerings were much more structured — but only slightly less challenging. Lead guitar, upright bass and a trap kit played simple-ish arpeggios and melodies made drastically more interesting by their odd time signatures, alternating meters, syncopated accents on typically weak beats and a lot of interplay with the upbeats. They also had the luxury of a second guitarist who never once played the instrument conventionally, instead opting to sit with the instrument on her lap, creating feedback-like effects with an EBow or creating rain-like sounds by scraping other objects meticulously across the strings.

Headliners The Angelus were maybe the most straightforward act on the bill, but even their brand of gothic folk was droney and contemplative enough that the few folks who opted to sit on the floor or to pull up folding chairs didn't appear the least bit out of place. Neither did the projections on the left wall of the bowling alley showing footage of trains and clouds. The highlights of their set, however, were the aforementioned four songs when the trio was joined by violinist Petra Kelly, who added a rich, almost cinematic texture to the three-piece's already murky-sounding compositions. 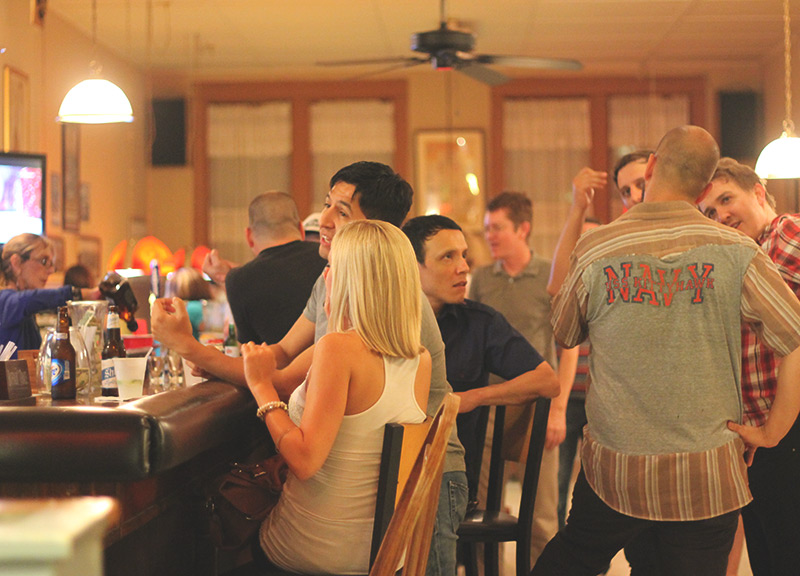 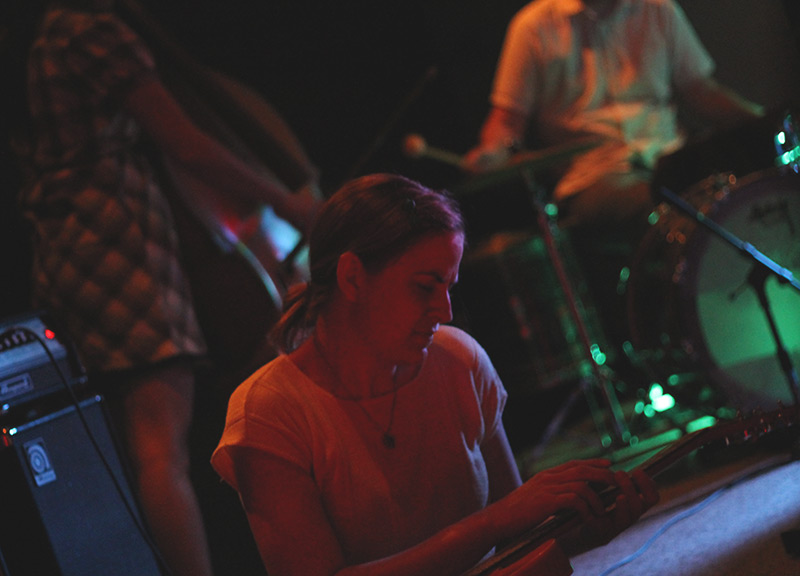 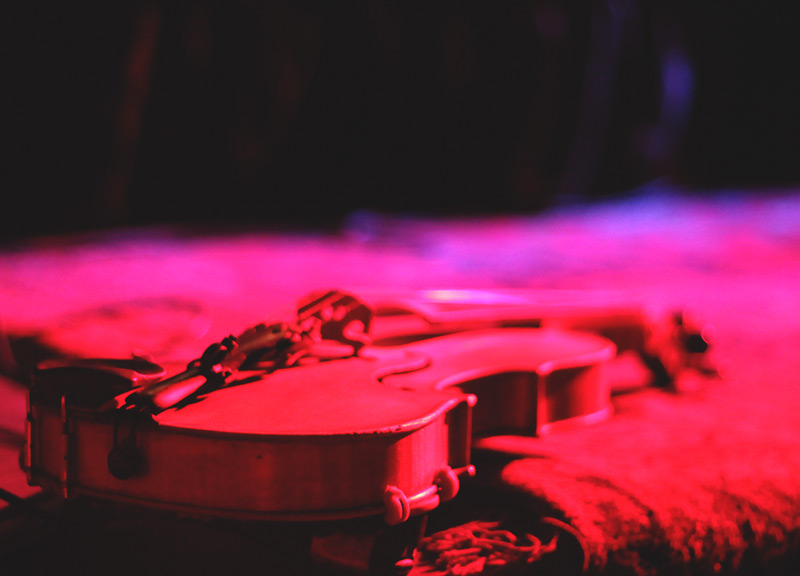 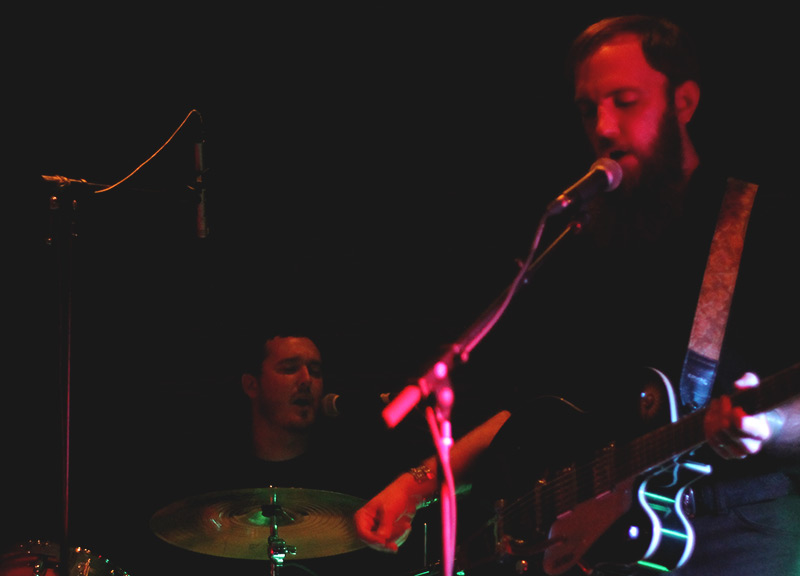 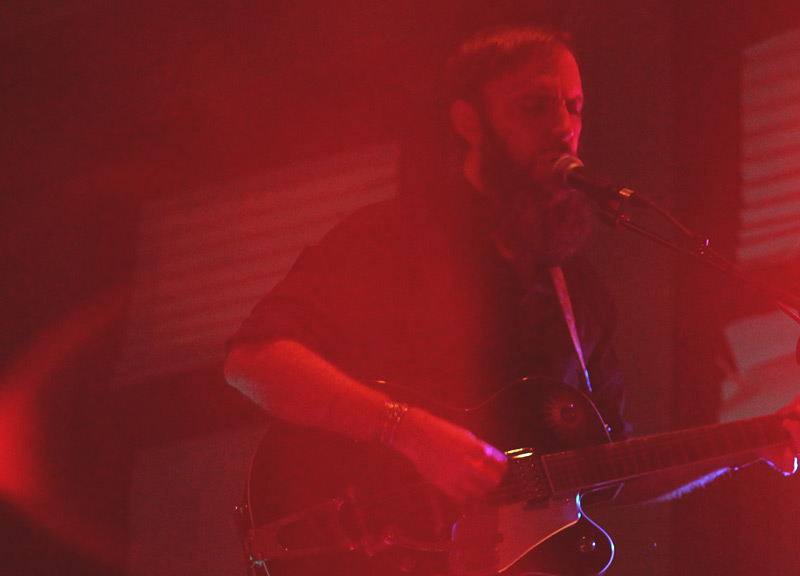 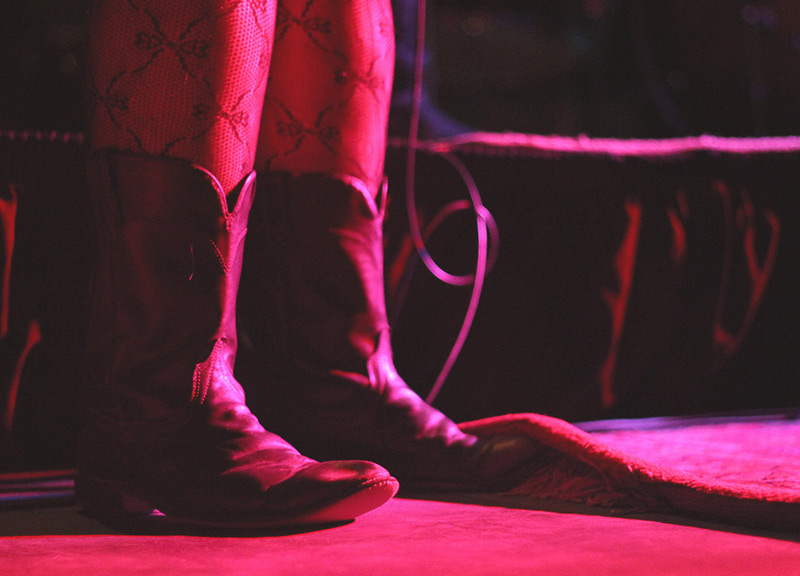 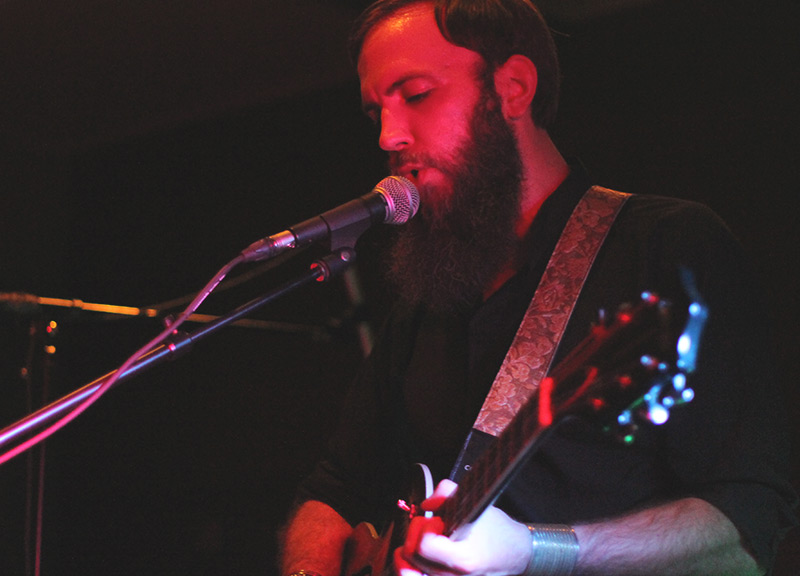