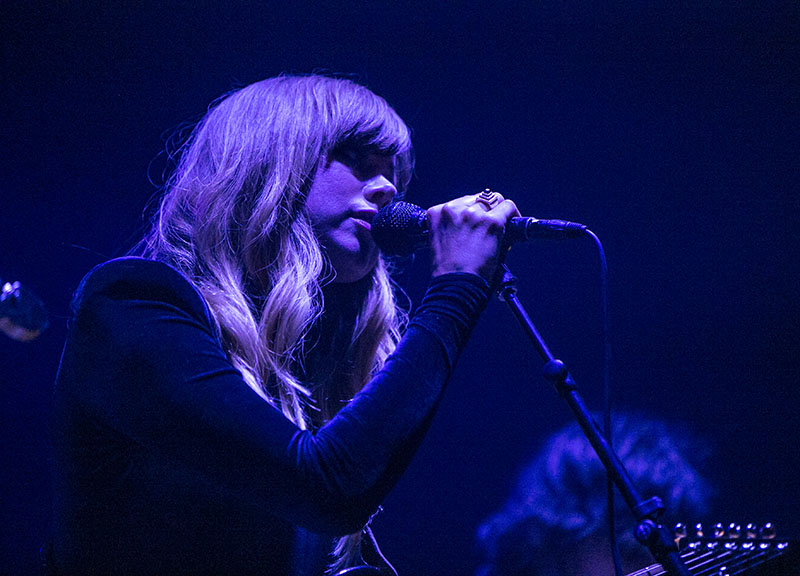 Scenes From Friday Night's Glass Candy and Chromatics Show at the Granada.

Even as Chromatics was about to start its set, there seemed to be some confusion: Many in the crowd wondered — both aloud and on the Granadaâ€™s Twitter wall — why the Portland-based band, the act behind 2012â€™s exceptional Kill for Love, was going to open for its Italian Do It Better labelmate Glass Candy, which hasn't released a proper album since 2007â€™s B/E/A/T/B/O/X. Soon, though, it would be clear enough: Chromatics going first wasn't significant of any pecking order. It was, as it had been during Gorilla Vs. Bear Festival II at the same venue last year, simply a matter of pragmatism. The band wasn't opening for Glass Candy; it just happened to be appearing first chronologically.

Taking a dark stage after a DJ set by local music curio Ronnie Heart, the creative engine behind both acts, Johnny Jewel, and guitarist Adam Miller, the lone remaining member from the Chromatics' original 2002 lineup, launched into “Tick of the Clock,” a song probably best known for appearing on the soundtrack for Nicolas Refn's 2011 film, Drive.

The instrumental track mercilessly ratchets up the tension in the movie, and it did on Friday night, too, whipping up the sparse but enthusiastic crowd into a something of a lather.

And, just when it felt like the crowd might not be able to take the ominous, foreboding cut much longer, Jewel and Miller cut it a little short, and Ruth Radelet, Chromatics' lead singer, finally made her appearance. The trio, along with drummer Nat Walker then switched gears with Kill for Love's title track. It's a dark song lyrically, but, musically at least, “Kill for Love” is significantly more pleasant than “Tick of the Clock.” The song's syrupy beat seemed to get everyone moving in an enjoyably languid state — one that would persist for the rest of the band's 70-plus minute set.

If Chromatics were a genuine opening act, the band wouldn't have performed an encore, and its cover of Neil Young's “Hey, Hey My My (Into the Black)” which also appears on Kill for Love, would have very well served as a fine closer. With Radelet's haunting vocals floating just above Jewel's restrained synths, the song was as perfect live as it is on the album. As the band left the stage, one couldn't help feeling satisfied.

But it wasn't quite Chromatics' last song of the night. Radelet, in a reversal of the show's beginning, began the encore without Jewel and Miller, crooning a plaintive interpretation of Rodgers and Hart's â€œBlue Moonâ€ before the full band joined her for three more songs, highlighted by the marvelous “In the City” from the band's 2007 EP, In Shining Violence.

Regardless of when it happened, Chromatics' set was a headlining set — a fact that was emphasized by the small, but noticeable, chunk of the crowd that left when it was over.

This second performance was clearly going to take a massive effort on his part, one that probably wouldn't lend itself to his turning in another set of any length after it.

Still, Jewel and singer Ida No — despite fighting congestion and having to take off her shoes at one point — never let up. The duo, with the help of a couple of delightful backup dancers, worked through much of B/E/A/T/B/O/X and the band's contributions to After Dark and After Dark 2, Italians Do It Better's beloved Italo Disco compilations.

Glass Candy brought significantly more energy, and significantly less nuance — not necessarily a bad thing — than Chromatics, and it showed in the crowd reaction. The center sections closest to the stage could easily have been mistaken for a discotheque, and everyone, even the tasteful head-bobbers and gentle swayers, seemed to be moving a bit less self-consciously.

By the time it was over — after Jewel and No did their planned encore and one additional song performed after the house lights came up — you couldn't help but feel spent and a little sorry for all those who were headed to Fun Fun Fun Fest the next morning.

Surely, their whole drive to Austin would be spent nursing sore muscles. 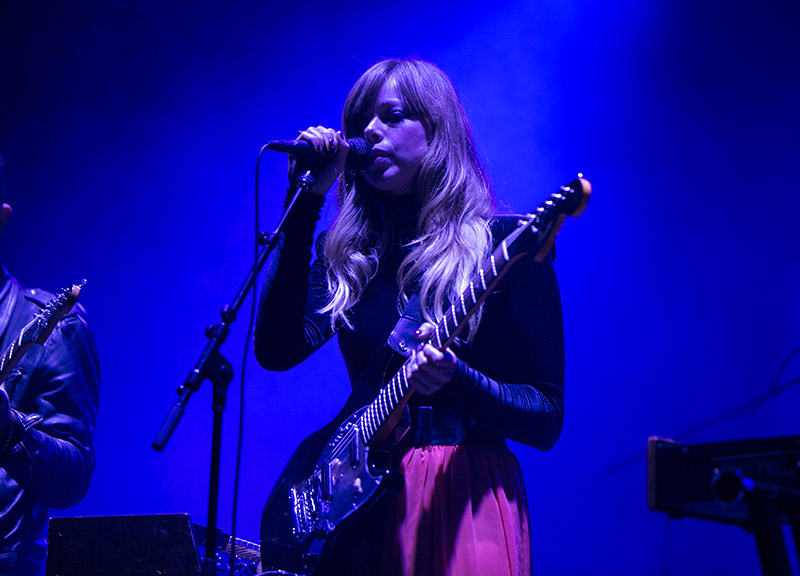 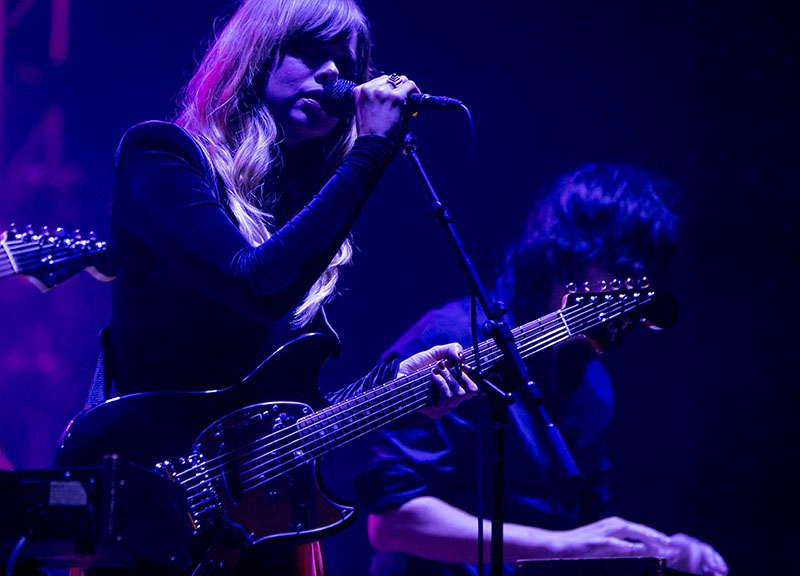 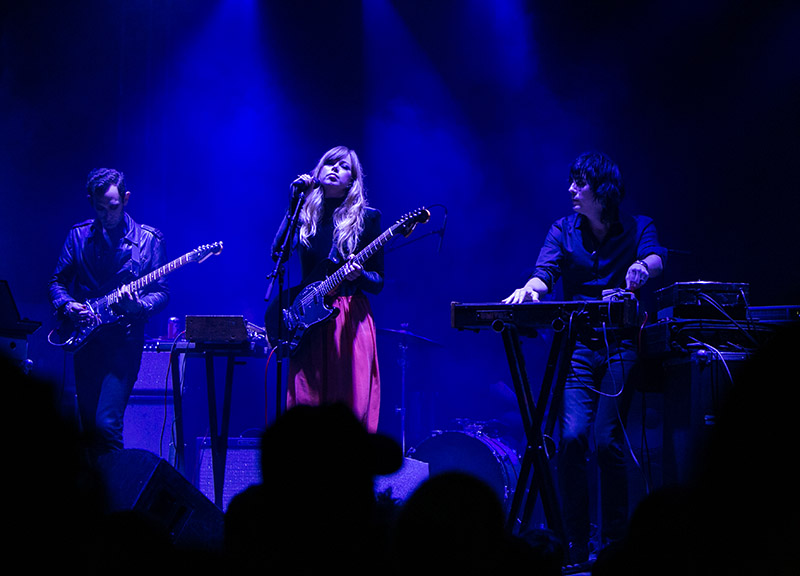 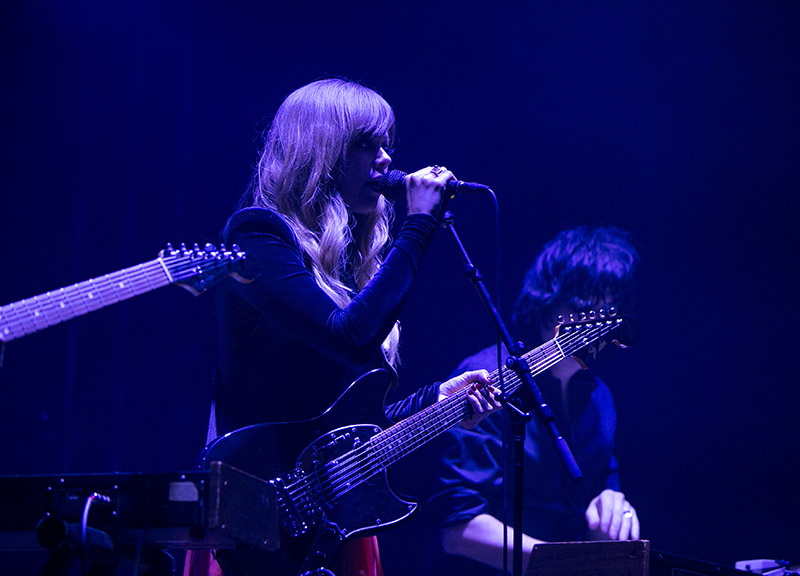 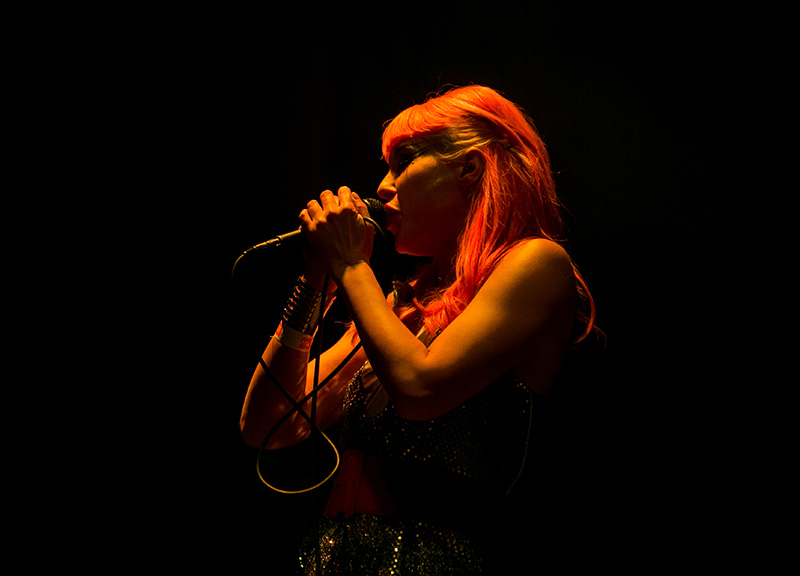 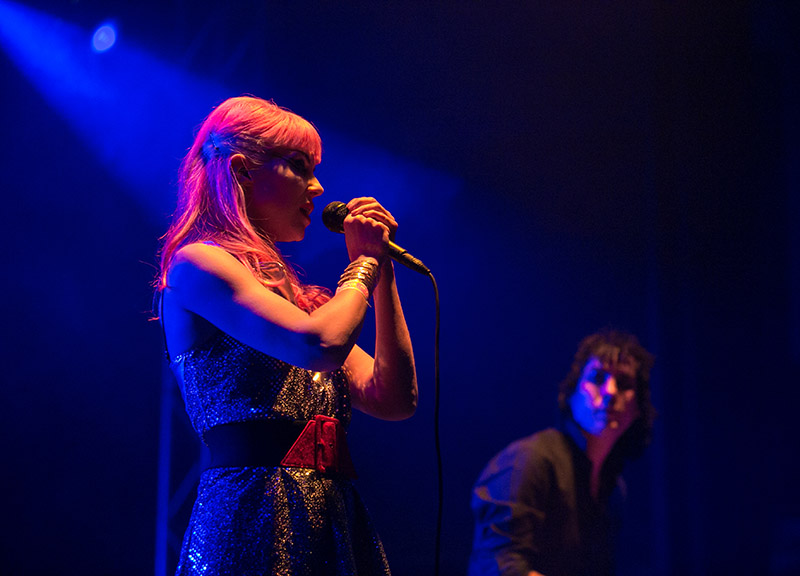 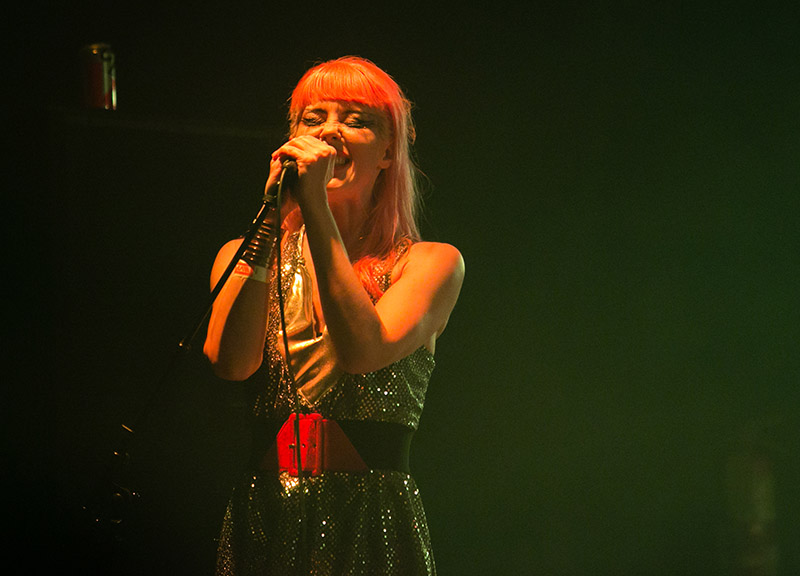 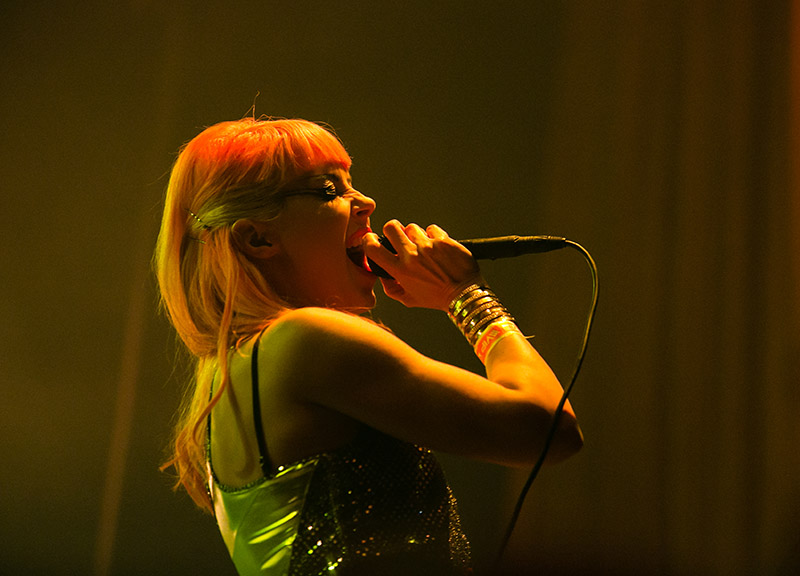 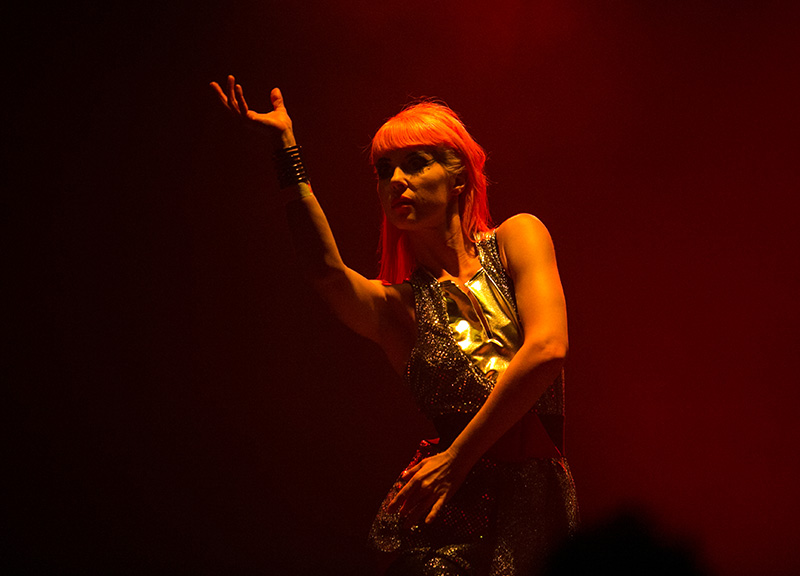 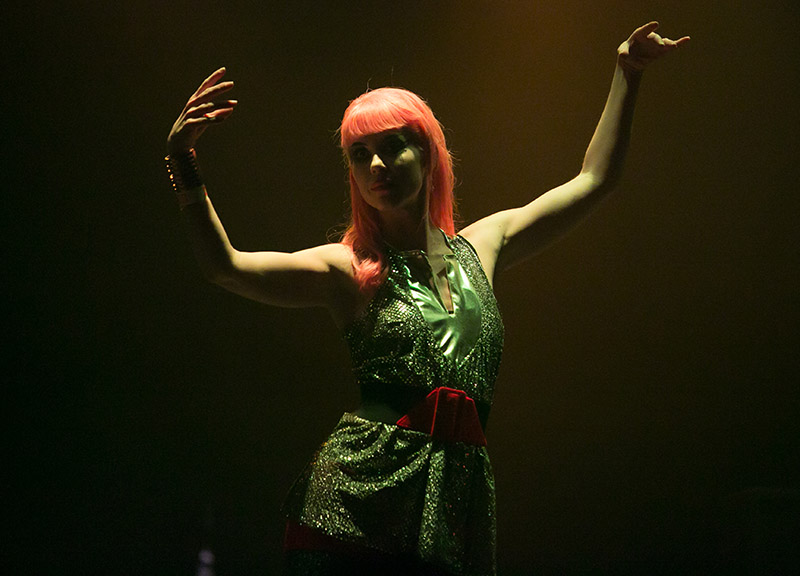 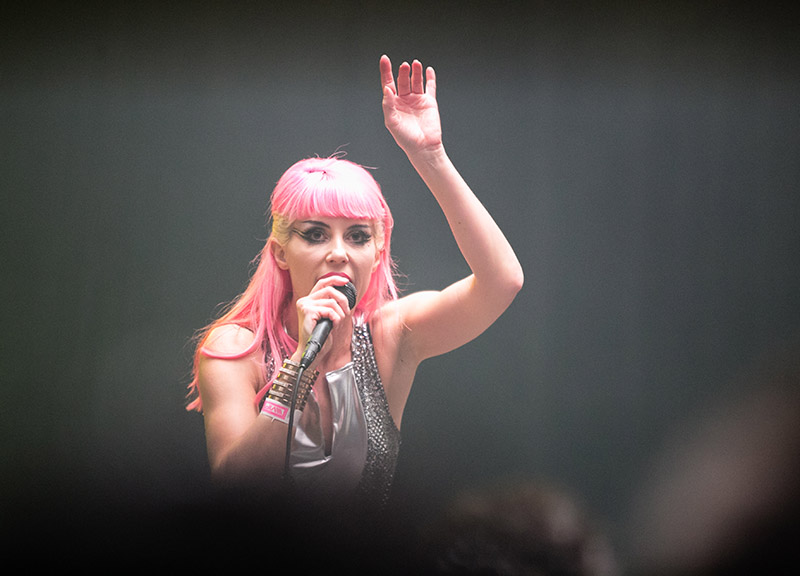 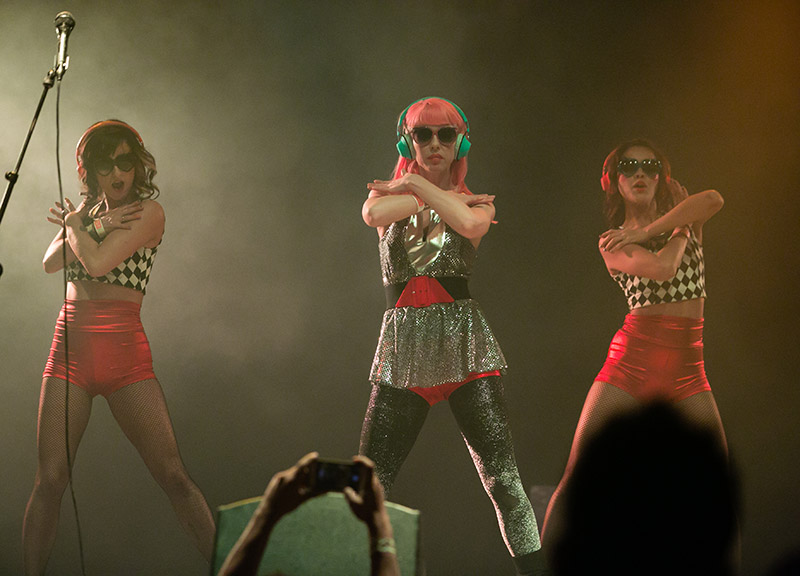 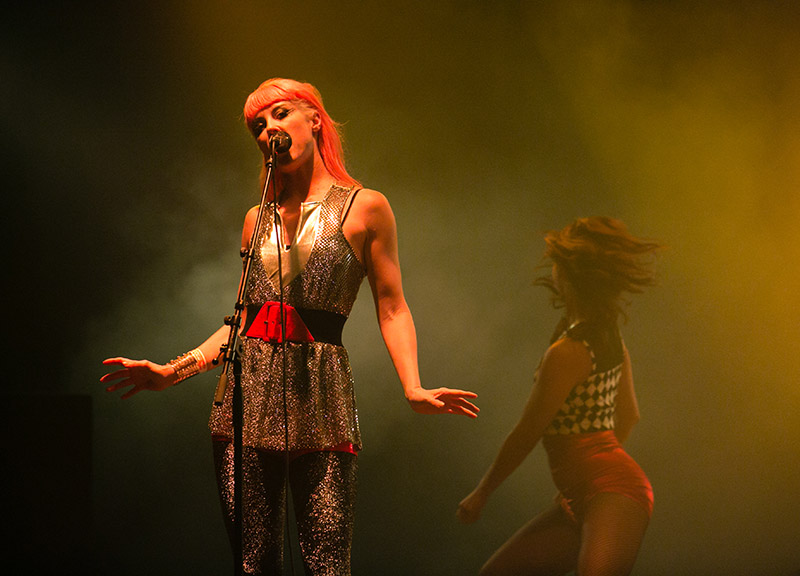 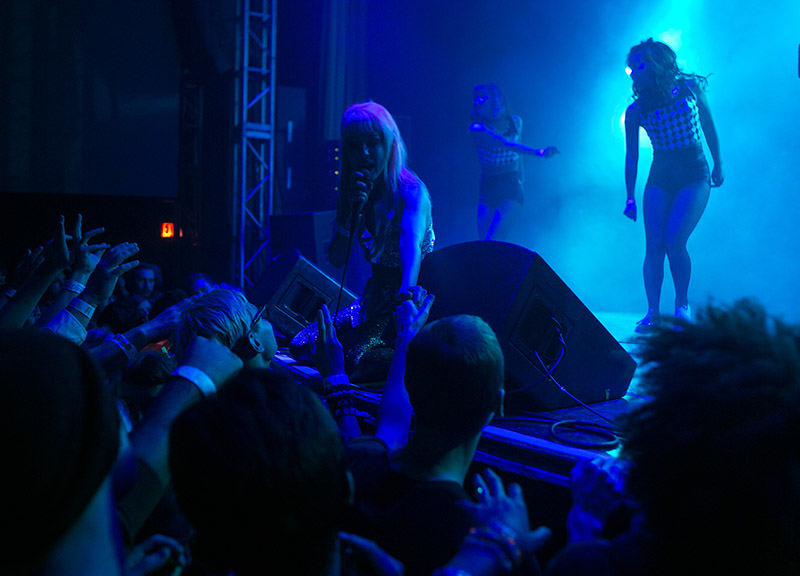