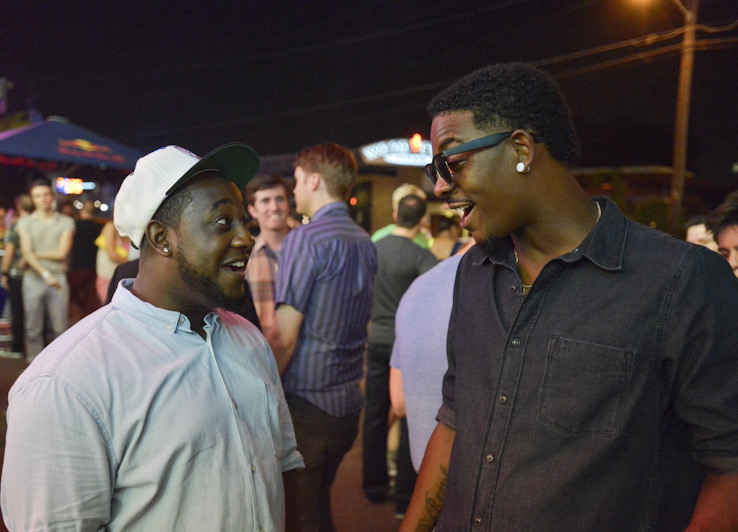 Scenes From The Second Annual Gorilla Vs. Bear Fest.

By the time Twin Sister took to the stage at the Granada Theater at 10 o'clock last night (with frontwoman Andrea Estella wearing caked-on makeup and a pink hairstyle that had her looking more like the lead vocalist in, say, Twisted Sister than her own similarly named outfit), the venue was completely packed.

If the show hadn't been officially declared a sold-out affair at this point, it might as well have been. Ravenous fans of the #gorillavsbearcore sound were packed in tightly throughout every nook and cranny in the historic room.

Rightfully so: This was the second annual Gorilla Vs. Bear Festival thrown in tandem by the Granada Theater blog and the taste-making local music blog from which the event derives its name, and, this time around, the event was just, well, better. The lineup was more streamlined, the branding was more focused and the organization of the affair — something of an issue at last year's go-'round as set times were ignored and end-of-night sets were cut short — was vastly improved.

Perhaps that's because lessons learned last time around were applied to this year's event. The most glaring difference between the two events? Whereas last year's festival featured 10 acts, this year's featured just seven.

It hardly felt spare, though. Well, except for the music. Toward the end of the night, the music did become somewhat minimalist, as Echo Park Records/Italians Do it Better acts Chromatics and Glass Candy took to the stage.

Overall, though, the music was varied. The night started with a set from local DJ favorite Sober, who then welcomed his A.Dd+ cohorts onto the stage with him for a high-energy early-night offering. Experimental electronic act Laurel Halo followed, performing on a stage largely kept dark. Taken by Trees followed and provided perhaps the lone hiccup of the night, as nerves and sound issues appeared to get the best of Victoria Bergsman's otherwise endearing indie offerings. Twin Sister, conversely, shined in the spotlight, with their music bouncing along and begging the crowd to follow suit, which they did.

But none of these opening acts really even compared to what followed. Chromatics, largely performing cuts from their lauded 2012 release Kill For Love, kept things calm on stage, but rowdy in the speakers as crowds danced away throughout the room. After, their labelmates in Glass Candy (multi-instrumentalist Johnny Jewel performed with each Echo Park/Italians Do It Better act last night) valiantly kept the crowd at its apex by turning in a similarly dance-inducing set and upping the on-stage energy considerably.

Toward the end of Glass Candy's set, frontwoman Ida No launched herself from the stage and onto her ecstatic fans, crowd-surfing across outstretched arms throughout much of the venue's floor area.

It felt like a massive release — the single moment the whole night had been building toward. In other words: It thrilled.

So did the whole affair, really. 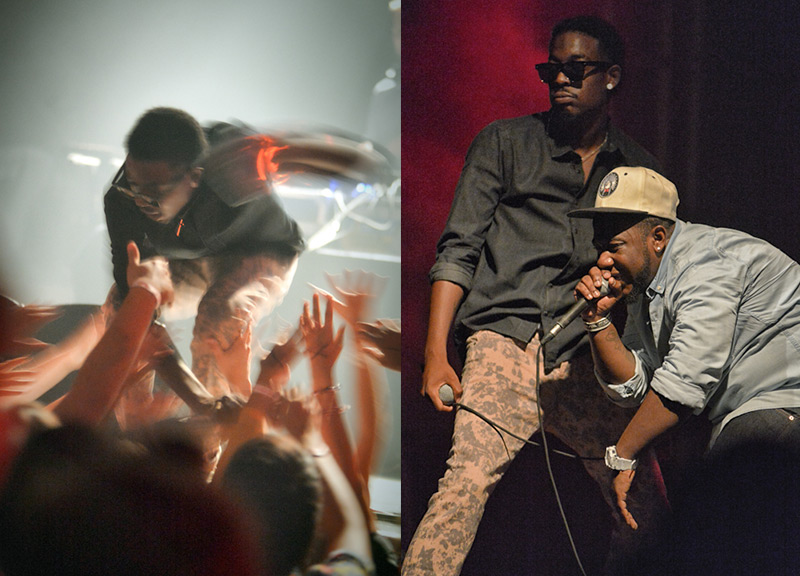 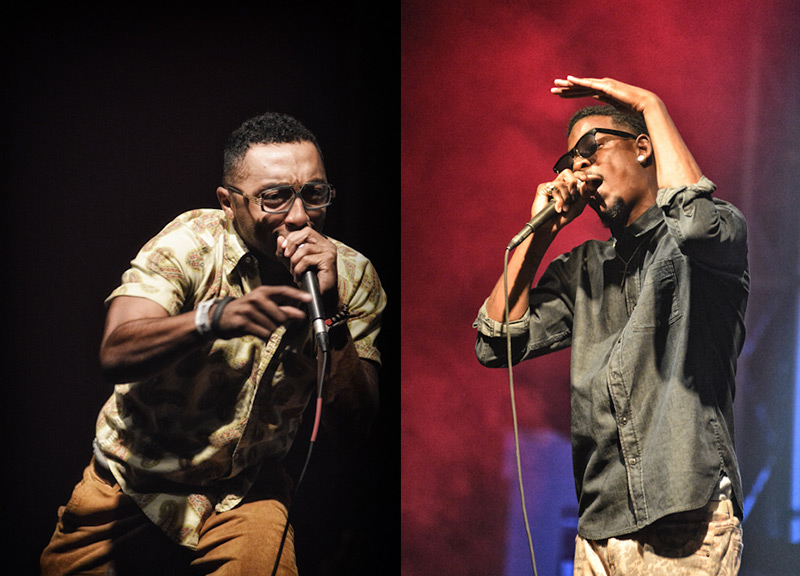 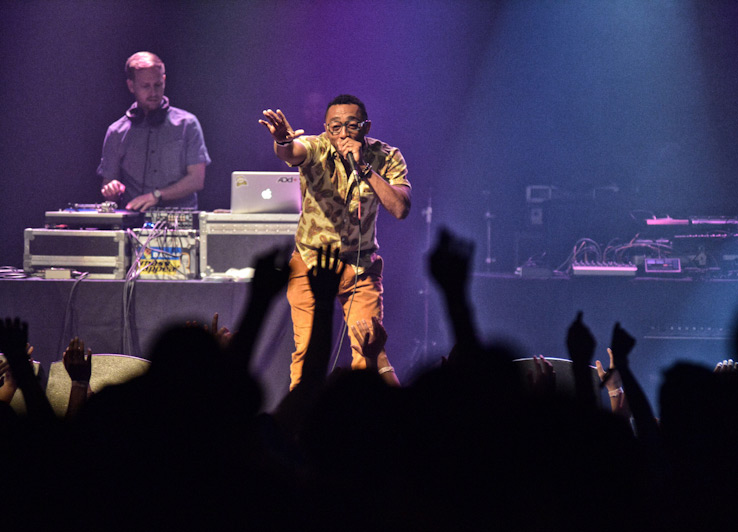 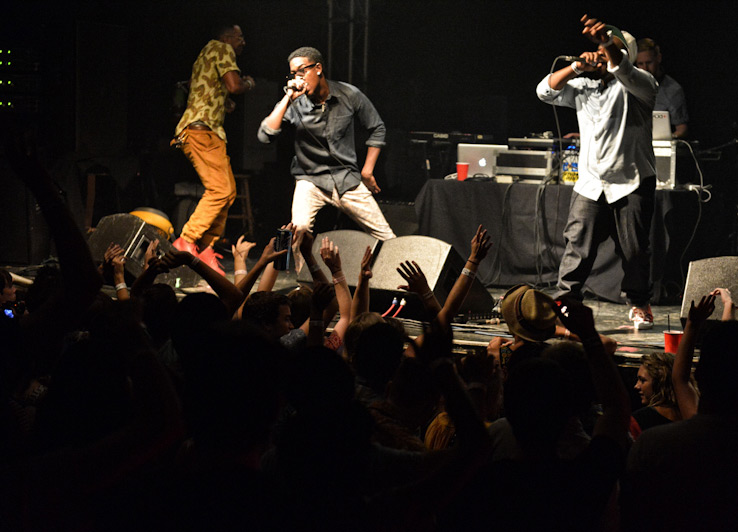 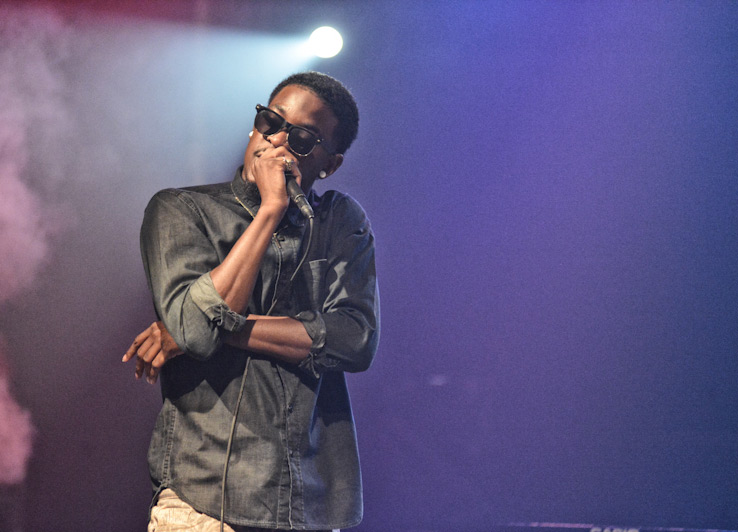 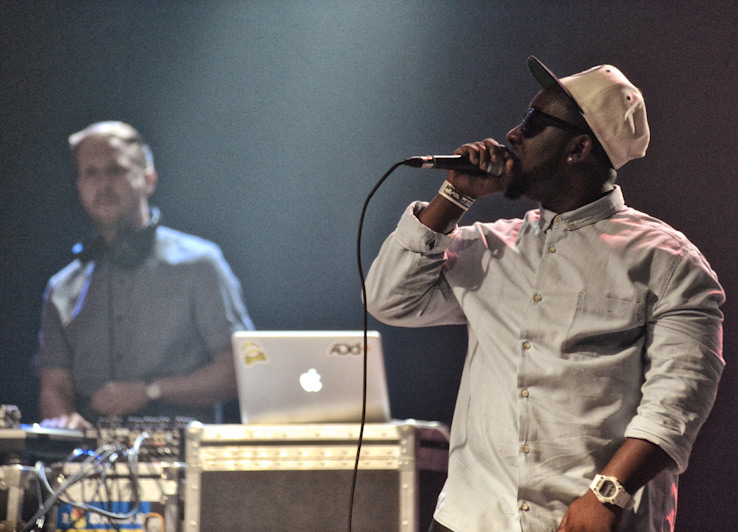 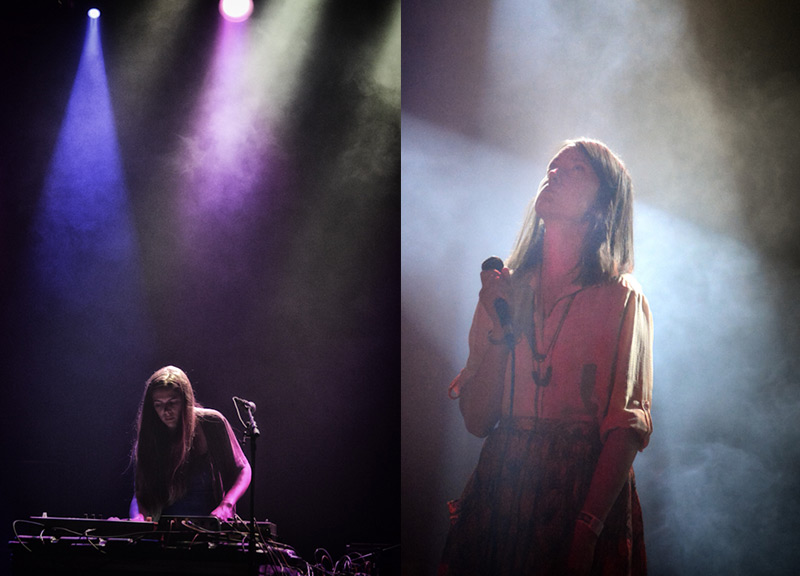 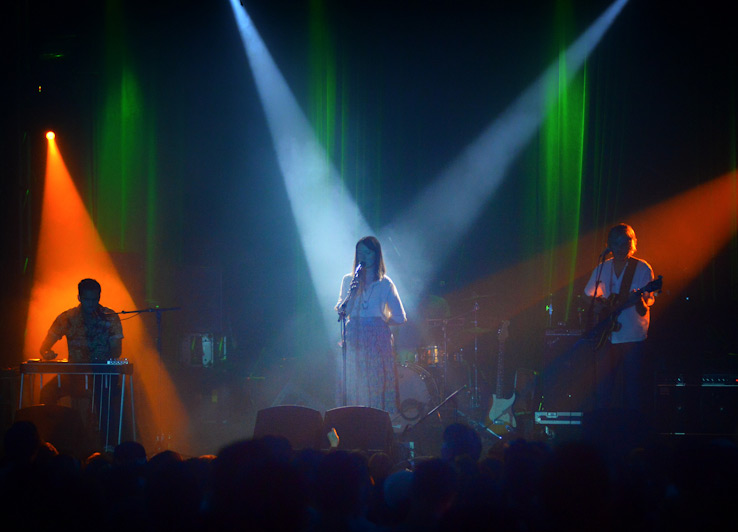 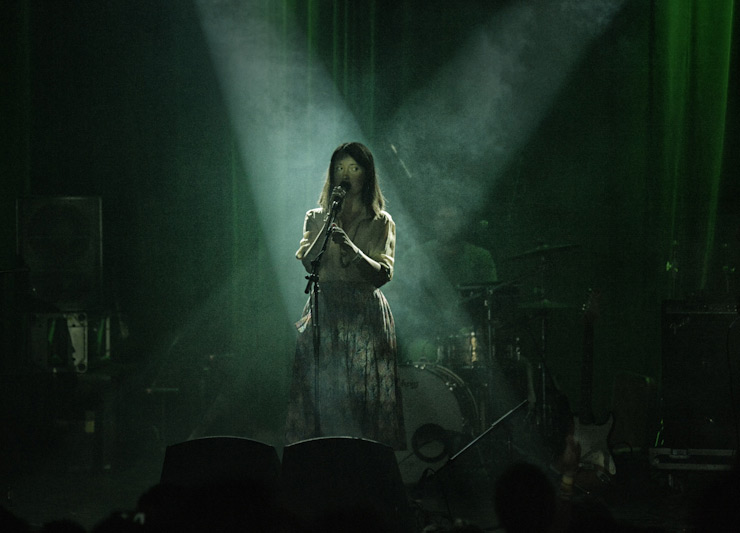 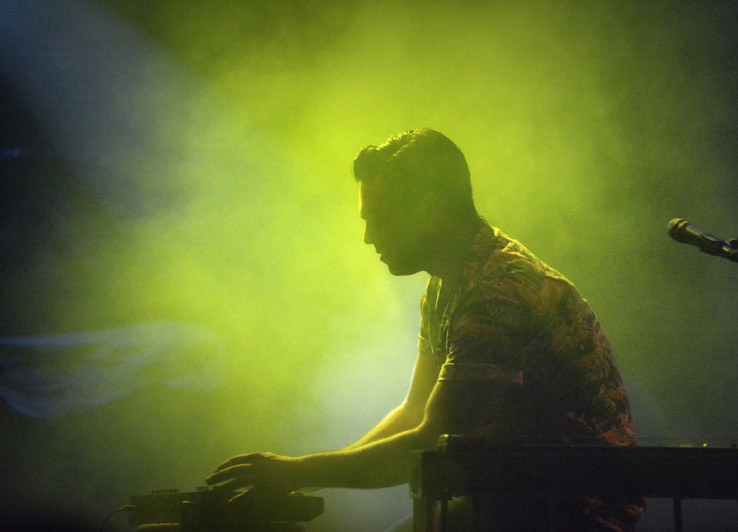 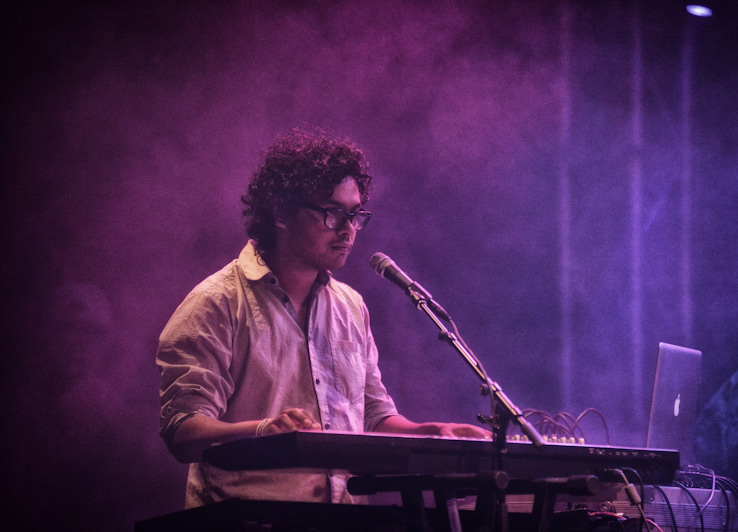 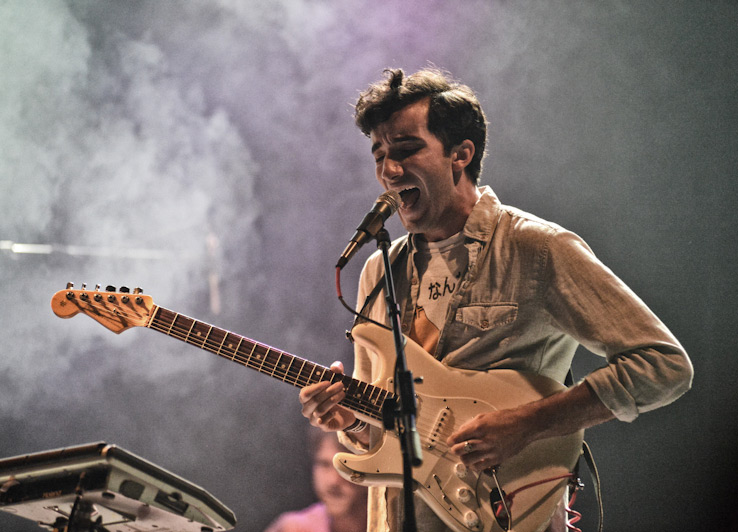 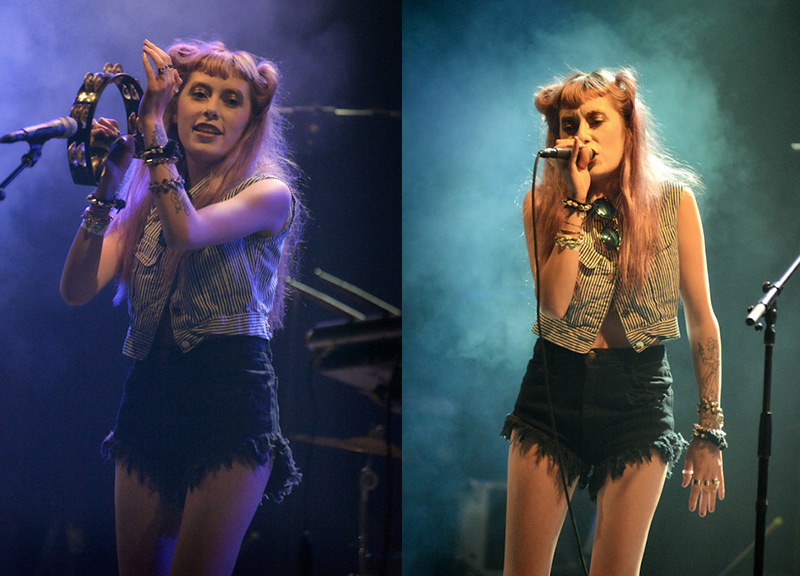 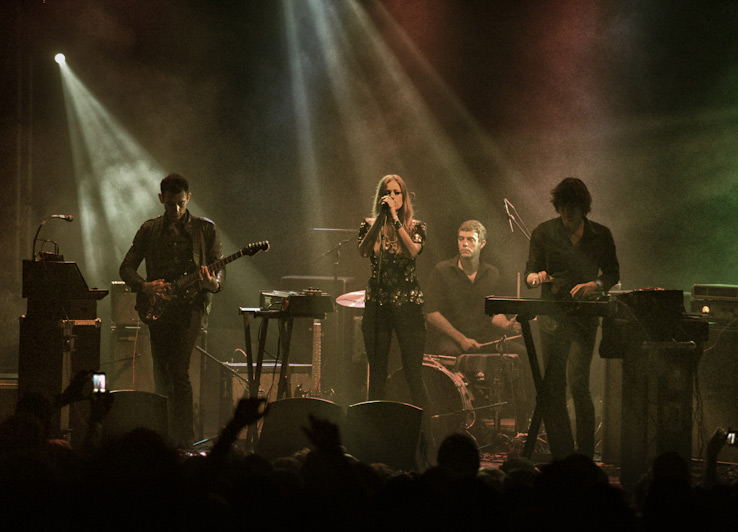 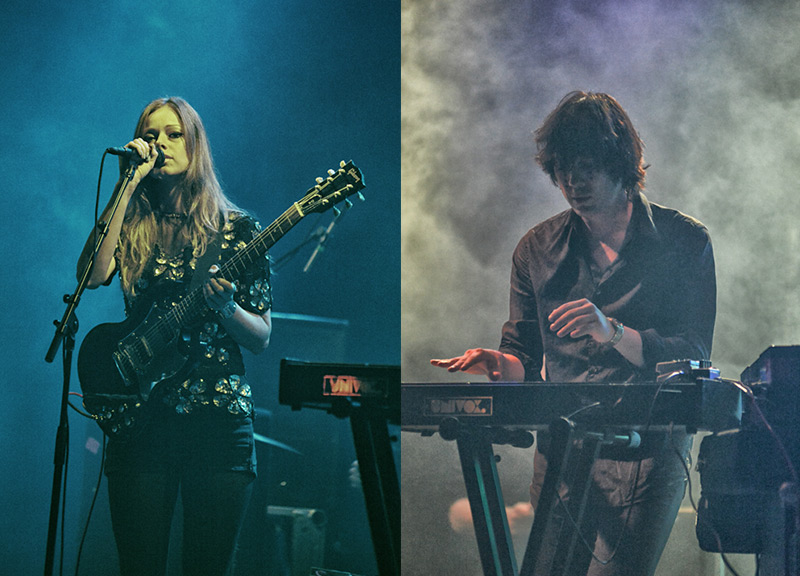 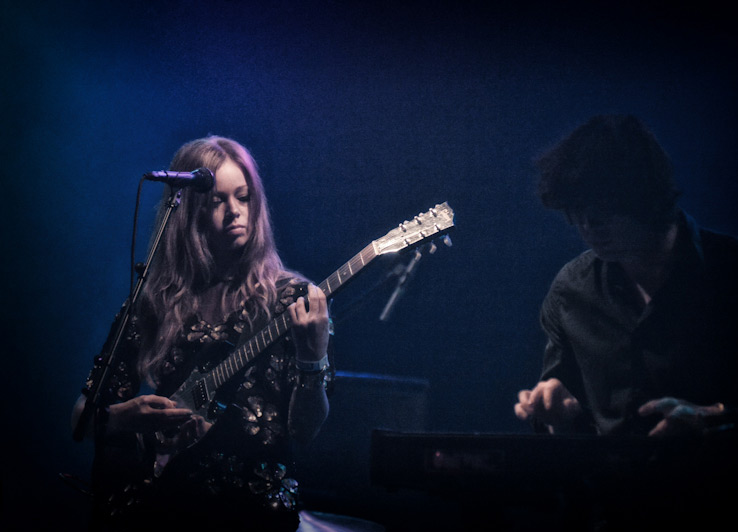 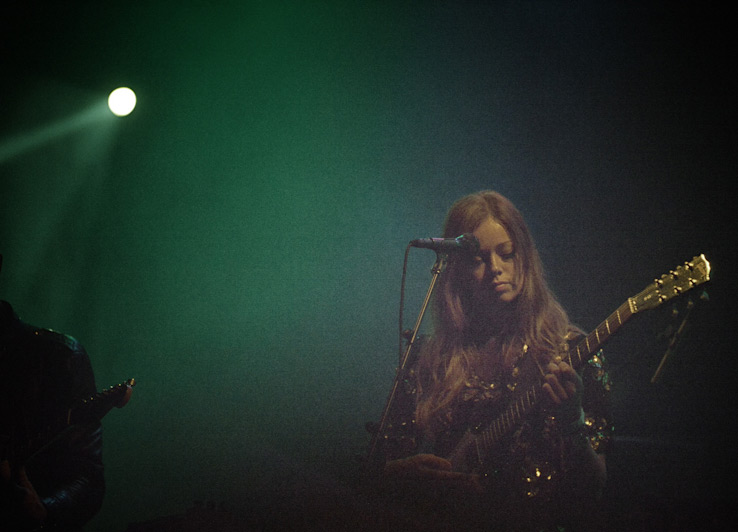 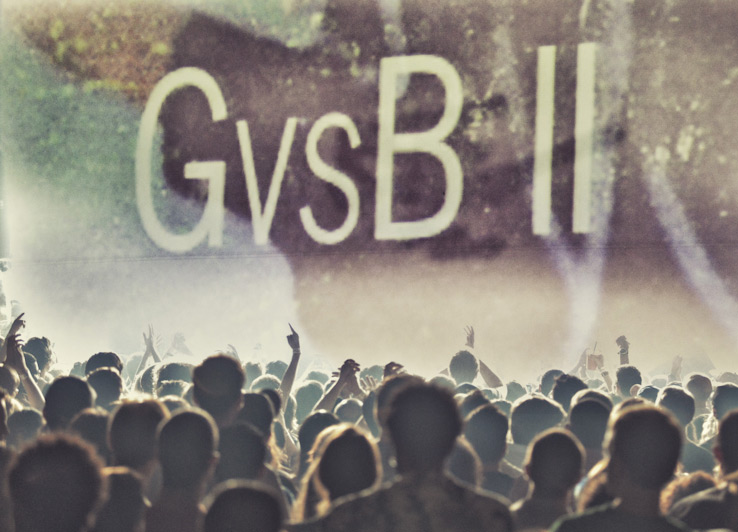