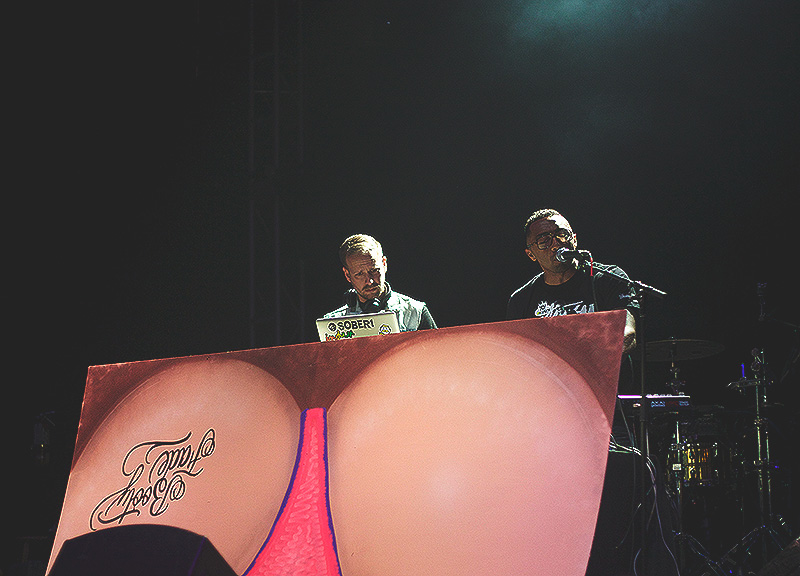 Before Friday night's third annual Gorilla Vs. Bear Fest, the layman seemed a little confused about what, exactly, was going on at the Granada Theater. A few doors down from the venue at the Green Grocer, a shopper who even acknowledged her planned attendance at the show in a few hours, seemed confused: “I'm going to that gorilla-fights-bear thing tonight,” she was overheard telling another patron at the organic and local neighborhood grocery store.

Kinda funny, maybe. Kinda mind-blowing, though: Chris Cantalini's Gorilla Vs. Bear blog has been around for eight years now, and has long established itself as one of the nation's premier tastemaking sites for up-and-coming indie rock.

Maybe it was the bill itself that was a little confusing to the would-be attendee. Though undoubtedly a strong bill, Friday night's offering was a little scatterbrained: With scheduled performances from Booty Fade, Empress Of, HAERTS, Blue Hawaii and the always-eccentric Danny Brown, the mini-fest was ethereal dance pop-heavy, but its biggest draw (rapper Brown) was a clear outlier.

All advance questions on the bill seemed to fall by the wayside by the time Dallas' own Booty Fade took to the venue stage to kick off the night's offerings. Within seconds of the group's “F#$k Like a Stripper” blaring through the venue's P.A., a majority of the night's early-arrivers were twerking out on the Granada floor. Impressively, though it didn't really seem as if too many in the crowd were all that familiar with Booty Fade, the award-winning duo of DJ Sober and Picnictyme quickly won their small crowd over. Picnic was off and on the mic with his talented MC skills to get the party started, and the big-ass Booty Fade sign — of, ahem, a big ass — set up in front of their decks pretty much said it all.

The group did its job: By the end of Booty Fade's set, Granada was filling up.

Brooklyn's Empress Of was up next, and the band's lead singer, Lorely Rodriguez, brought the stage to life. The 23-year-old writer, musician and vocalist hopped around the stage with such glee, she instantly won her audience over. Everything about Empress Of's set was colorful, sexy, and playful — dream pop at its brightest and best. From stage to back balcony, the theater, now filled with bodies, also filled with smiles and good vibes.

Flowing in perfectly after Empress Of was another Brooklyn band, HAERTS. Lead singer Nini Fabi took to center stage in a full black body suit and white heels, drawing all attention and for a good reason: Her incredible soaring vocals were matched well by her band's synths and rolling drums and guitar. When the band kicked off into its buzzing single “Wings,” it took hold of the audience completely.

These sets from these Brooklyn acts had swung the night from twerktastic bass-dropping beats to soothed-out, dream-like, synth-induced melodies — but nobody was mad about it. Keeping the dream alive, Blue Hawaii followed after HAERTS. The stage was appropriately dimmed to an even deeper hue for the Montreal duo of Alexander Cowan and Raphaelle Standell-Preston. The two stood side-by-side, Standell-Preston playing her synths on top of a wooden stool. Together, the duo sent a tropical indie pop wave over the audience. Standell-Preston bounced in place, singing over her own synth-playing, and the sound was intoxicating. Audience members closed their eyes, got swept up in thought and swayed to Blue Hawaii's dystopian summer sounds.

Finally, after Blue Hawaii's set, the venue got a kick in the ass from Danny Brown's Bruiser Brigade DJ, Daniel Sewell, also known as DJ Skywlkr. With every anthem-like rap song Skywlkr played, the speakers at Granada got their work in — at times, it seemed they might blow — as the night veered back to its original Booty Fade-inspired state.

In the dark, out on the floor of the general admission area, the crowd went fucking insane.

This crowd was thirsty, and Sewell quenched its desires. It was reminiscent of that time Odd Future played Dallas back in December, when Taco got the crowd good and hyped before the big set of the night. Everyone was bouncing and throwing 'bows and smoking marijuana. Well, OK, not everyone was smoking marijuana, but everyone was definitely smelling the stuff.

And, after about eight or so tracks from DJ Skywlkr, Danny Brown eventually emerged on stage through a thick cloud of stage smoke. The audience went wild and jumped into a mosh pit with almost every track Brown offered up.

For the average rapper, mosh pits are pretty special. For Brown, they just make sense. The pit wasn't too heavy, granted, but the energy was just perfect enough for a rowdy indie rapper like Brown. The only fail, in fact, came when one scrawny kid, inspired bu the energy up front, climbed onto the stage and tried to stage dive — only to land on the floor without any support from the audience.

Brown tossed his own self around the stage at points. It was more like he was skipping, really — or, basically, “not giving a fuck” and enjoying the moment. Repeatedly throughout his set, Brown would go along the front of the stage and hit hands with his crowd. The crowd reciprocated in kind: At one point, a pink bra made it on stage, and Brown took the bra and fastened it on top of his head while he finished out the track he was on.

It was a drastic change from previous Brown sets in Dallas. Back in April 2012, when he opened for Childish Gambino, Brown was so wildly disrespected he swore off playing Dallas altogether. But, after last Friday's GvsBIII performance, it was clear that Dallas had gone the extra mile to show its love for Brown. It was evident that Brown would be back — again and again — to party with the Dallas music scene.

And, in that regard, the whole night was a pretty great one — for the bands, the venue, and the concert-goers. Gorilla Vs. Bear's third party was a damn good one.

In the end, the eclectic bill wasn't much of a head-scratcher at all. It was a strength. It brought together a unique mixture of people and sound.

Not a bad way to end off the summer. Not at all. 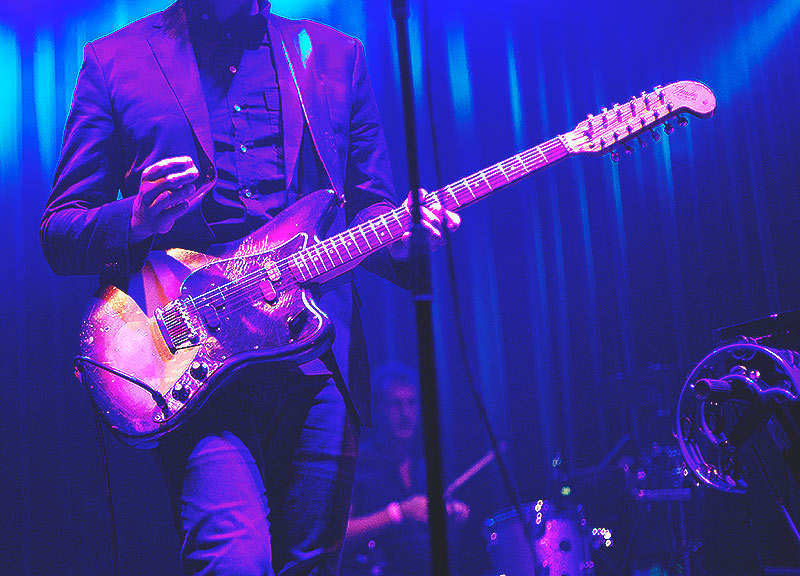 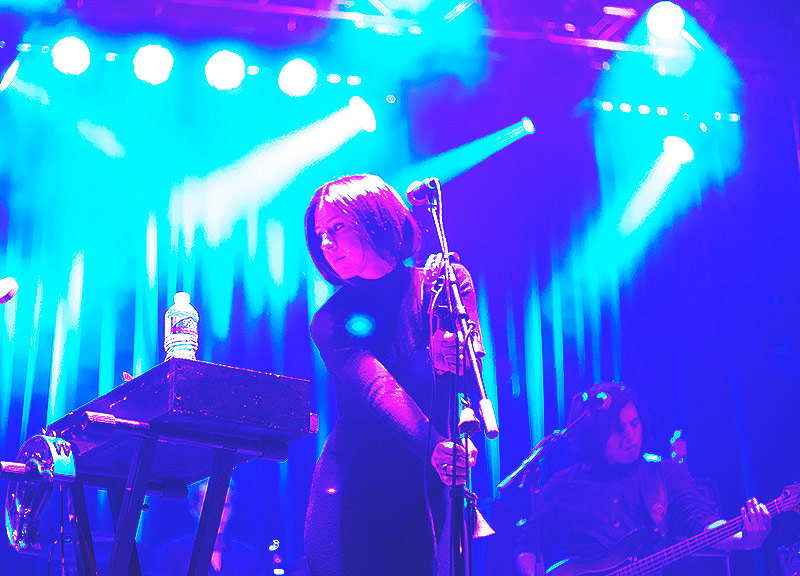 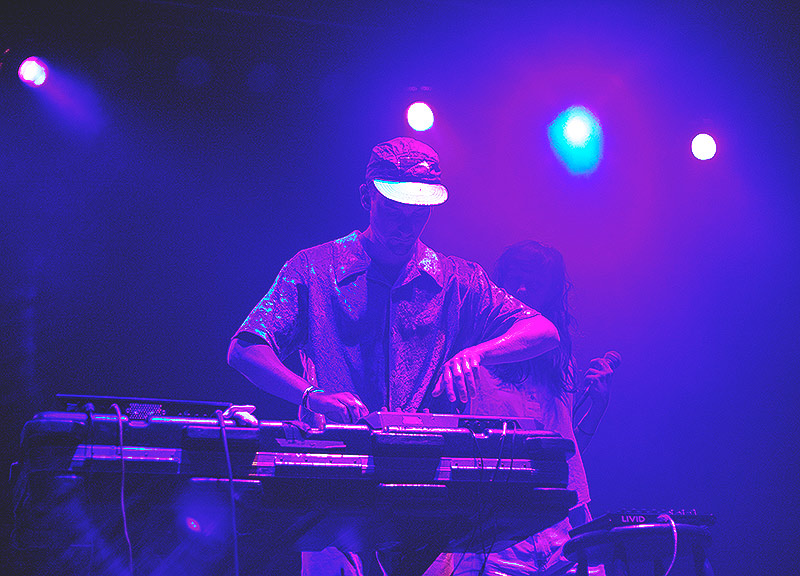 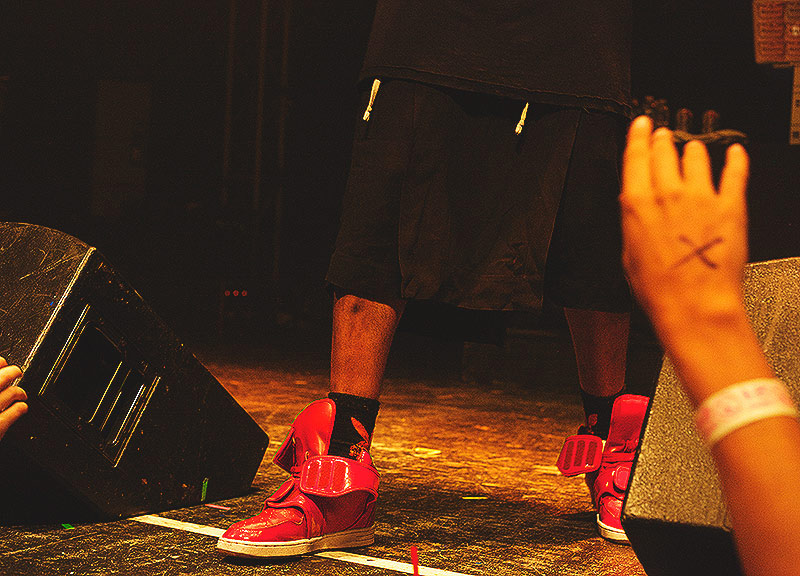 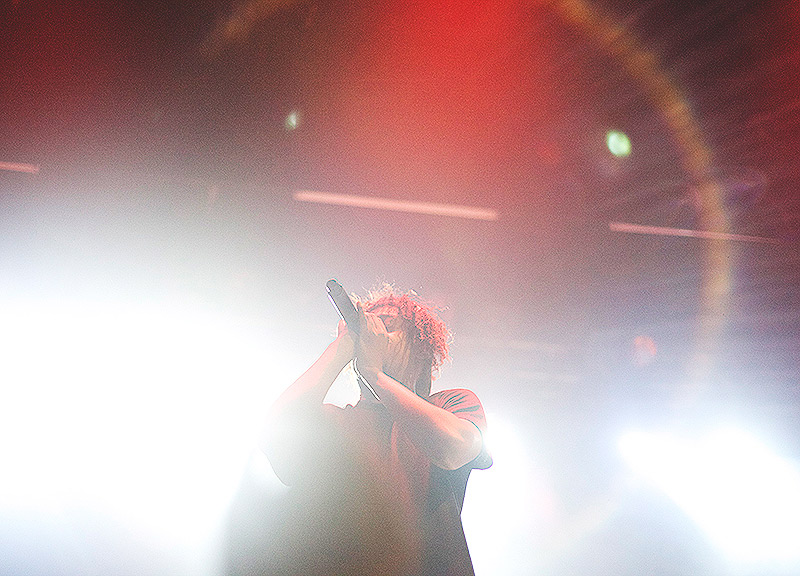 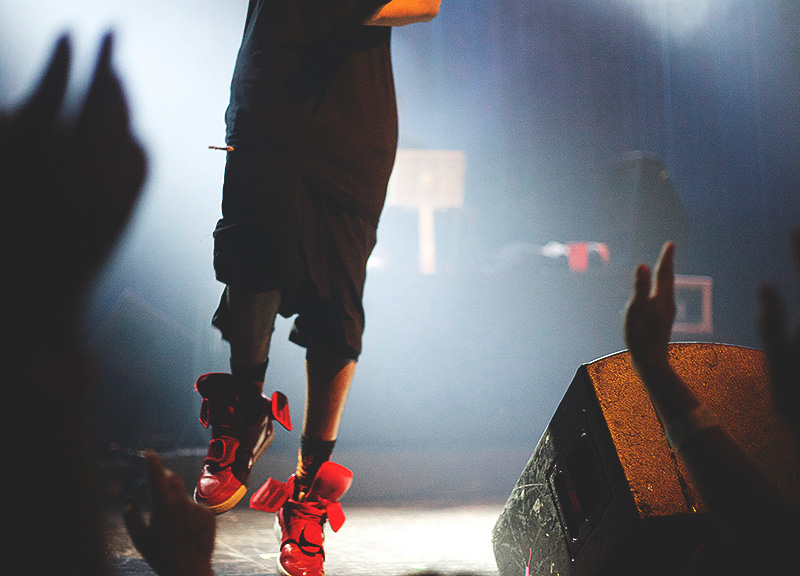 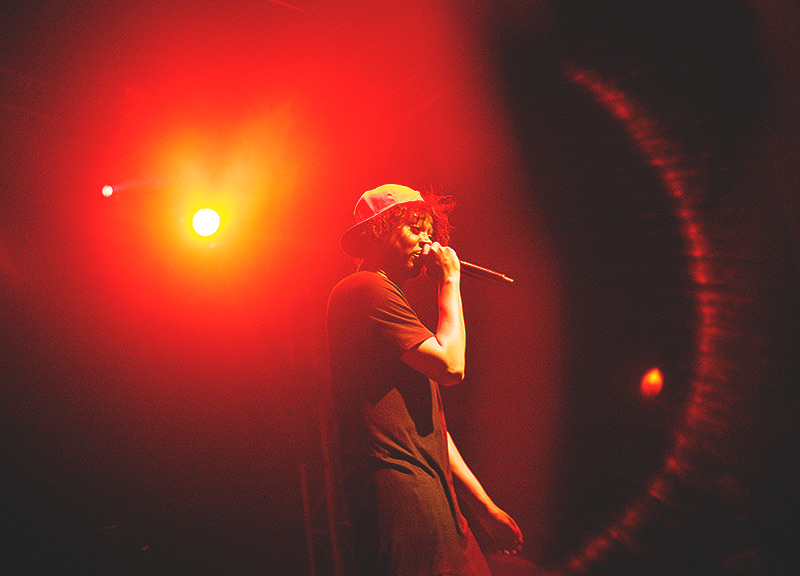 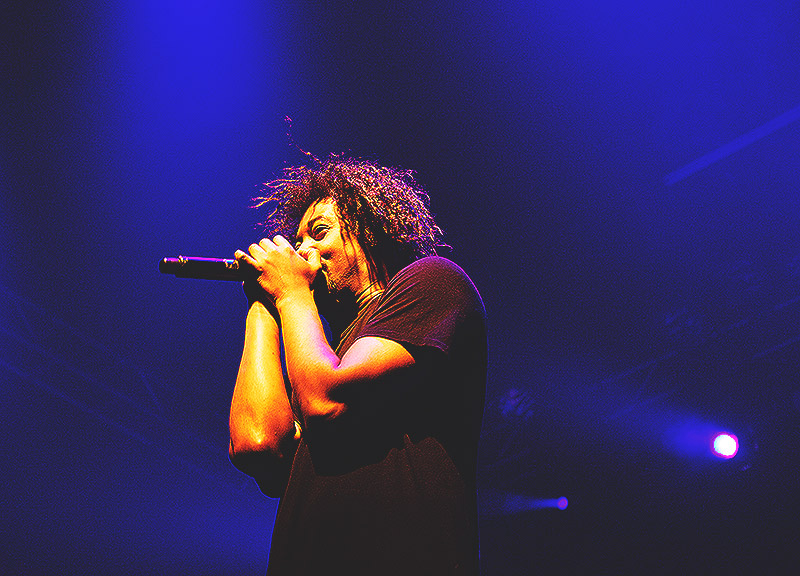 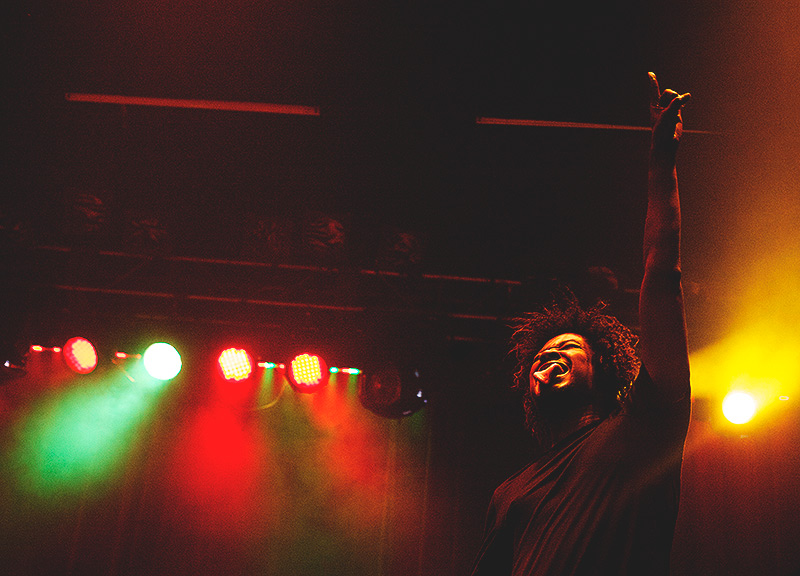 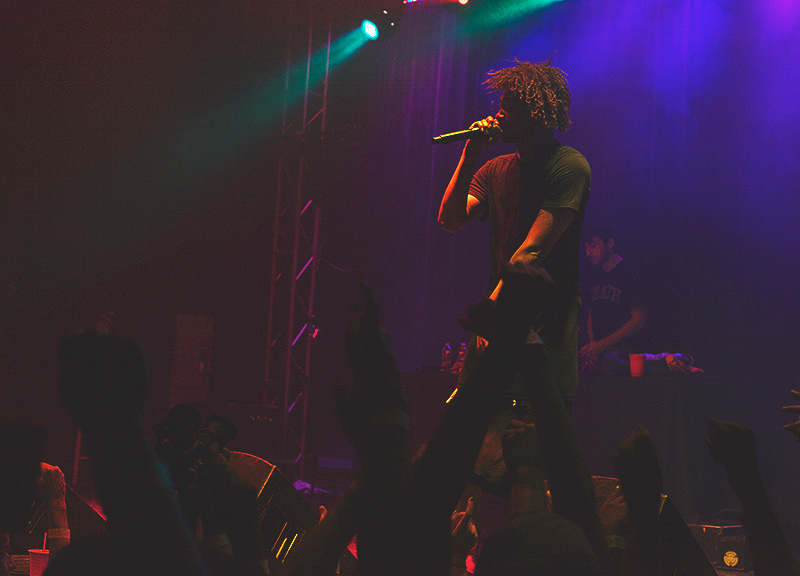 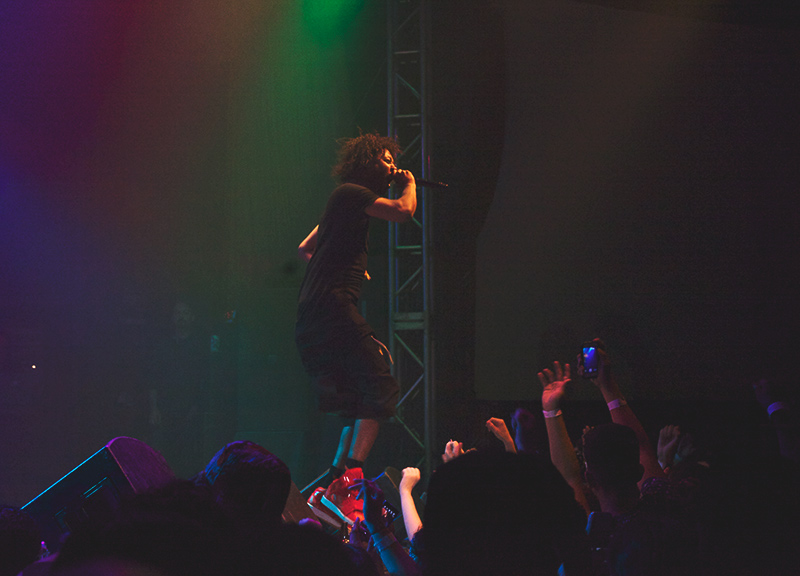 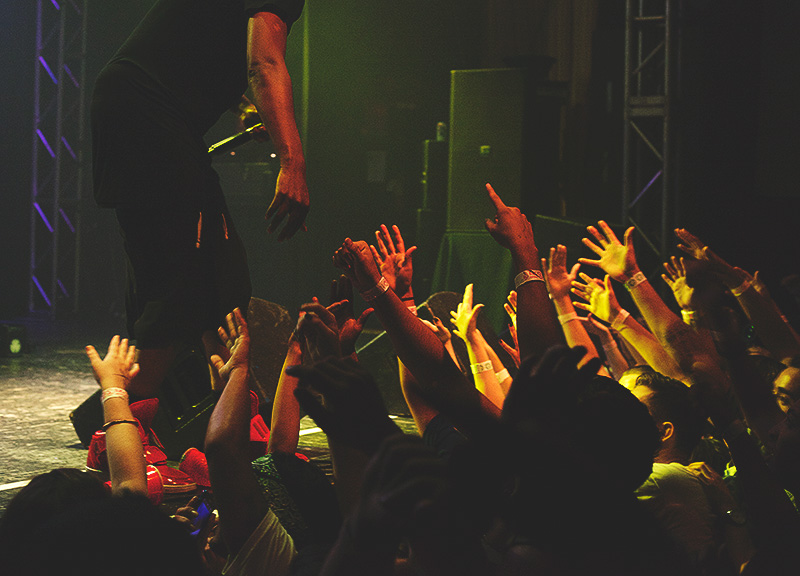 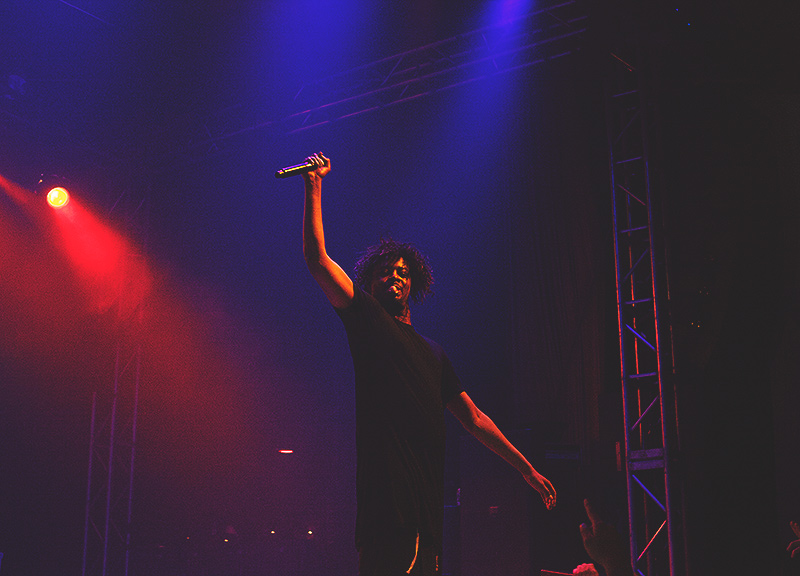 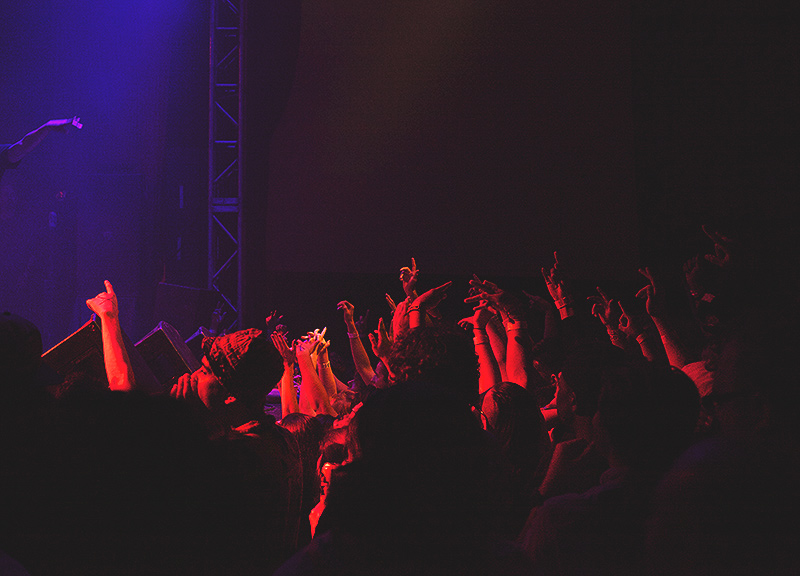 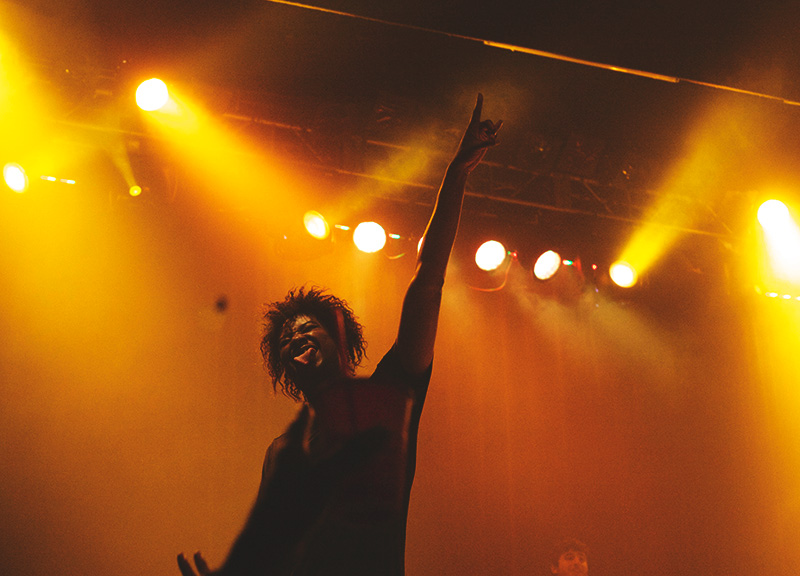 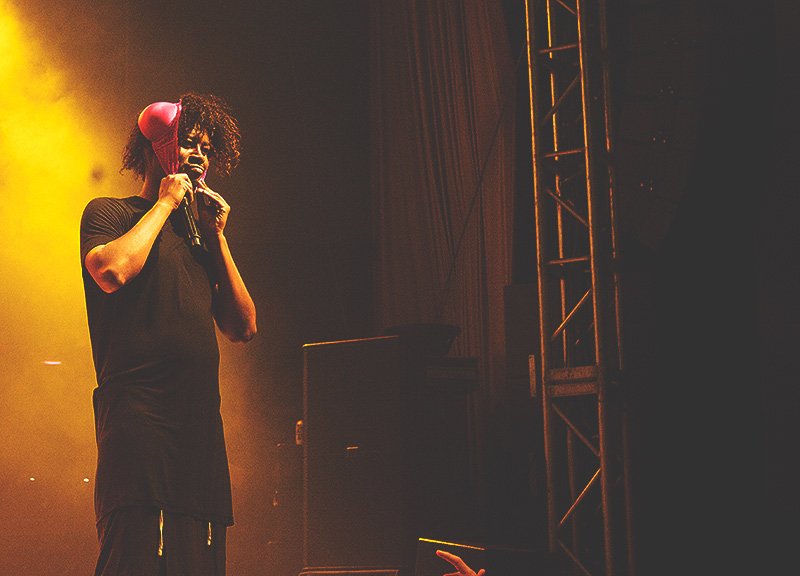 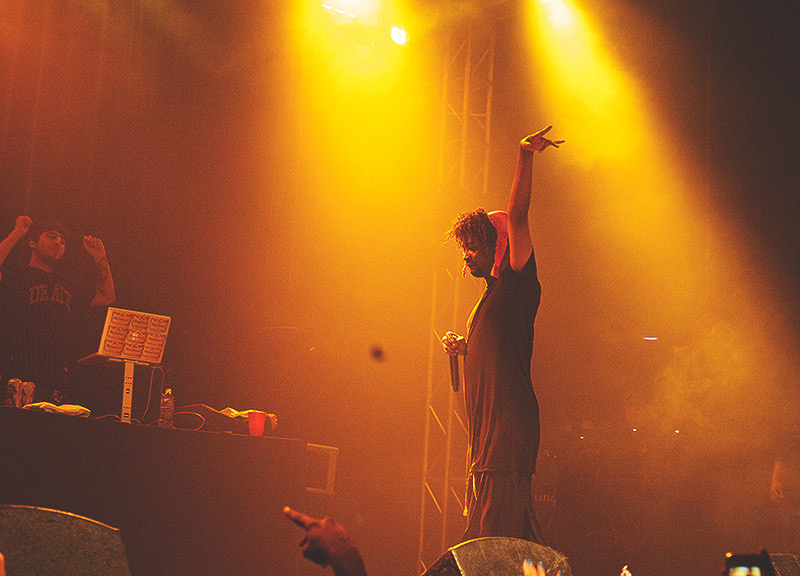 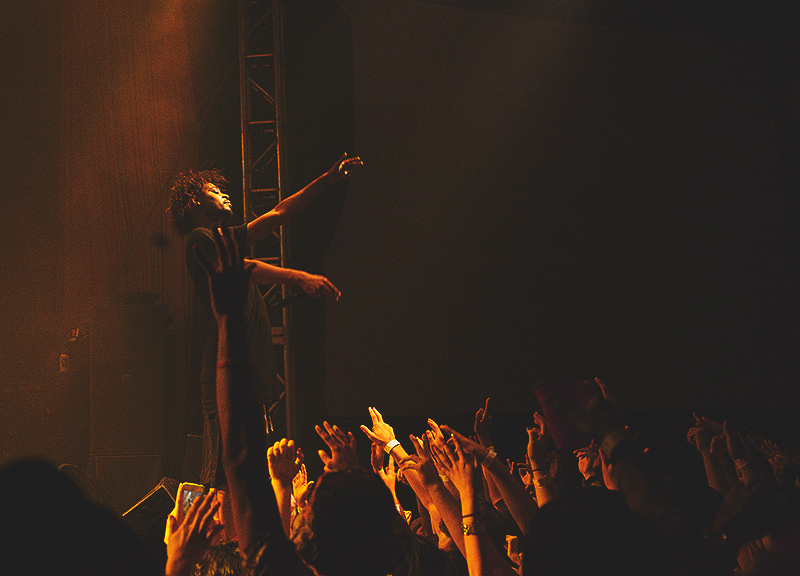