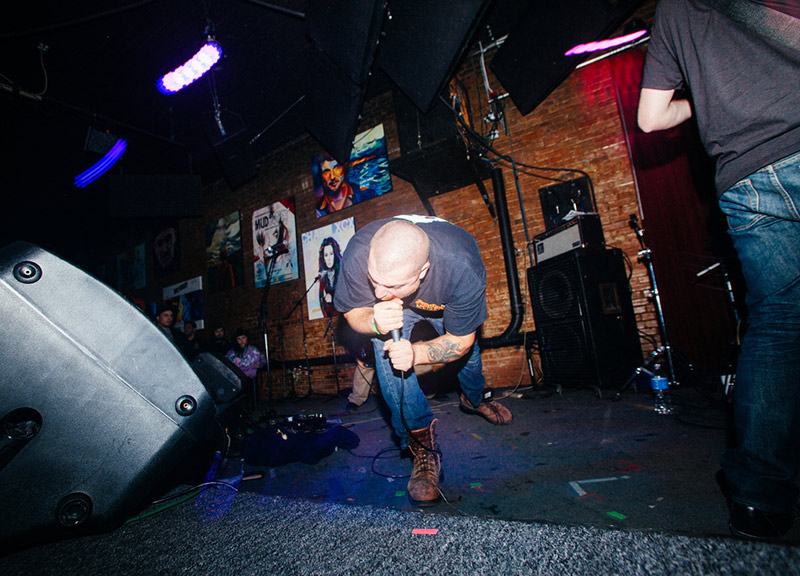 Some 30 or so miles outside of Dallas last night, Trash Talk's touring van was rear-ended by an 18-wheeler. It wasn't totaled; the band dutifully replaced the rear passenger side tire on the vehicle and carried on toward its Wednesday night headlining gig at Club Dada, no big deal.

Still, parked out in front of the Deep Ellum venue last night, the vehicle cast a ghastly image. The back right corner of the band's ride was fully caved in. The windows surrounding the wreckage had all been knocked out.

Before the Sacramento-based hardcore band's set, the wreckage made for a fine conversation-starter, to be frank.

After the set, though, it was all too clear: The van's state had also acted as a harbinger for the band's insane live show.

It wasn't a long set, but it didn't need to be. Trash Talk is an act that gets to the point rather quickly. And the band's hardcore reputation preceded it: As the band began its performance, a sea opened up on the venue floor some 25 feet diameter, leaving — in theory, at least — plenty of room for the flailing limbs of the band's moshing fans.

It was a common courtesy, but not really a necessary one: It didn't matter where you stood in Club Dada last night; you were going to get hit. At least three attendees were knocked out completely — fully unconscious — over the course of the proceedings.

Oh well. Attending a Trash Talk set, for all intents and purposes, is a contact sport. And, surely, this crowd knew what it was getting into just by walking in the door.

The band — even while performing its loud, exceedingly brash music — got in on all that fun, too. Throughout the show, frontman Lee Spielman masterfully served as the circle pit's master of ceremonies, encouraging all that vigor from his perch just above it. He'd enter that fray, too, and lead it in his own right.

Toward the end of his band's set, Spielman led his crowd onto the street in front of the venue, climbed onto the roof his band's suddenly poor excuse for a touring vessel and front-flipped onto the outstretched arms of the audience that had followed him out there. If Spielman doesn't have a permanent death wish going, he certainly did in that moment.

Alas, his crowd caught him. Thankfully.

Fitting, really: For all the carnage last night at Dada, there was plenty of positivity in the proceedings. Aggressive as Trash Talk's music is, the band's all-inclusive stance is perhaps even more so: It's no accident that this hardcore punk group is signed to a hip-hop label; nor is it an accident that last night's show featured opening sets from local rap favorites Lord Byron and Blue, The Misfit. Scary as these offerings may look to the uninformed outsider, Trash Talk mostly aims to bring audiences together– and forcibly.

Also: No one died. So that's pretty cool. 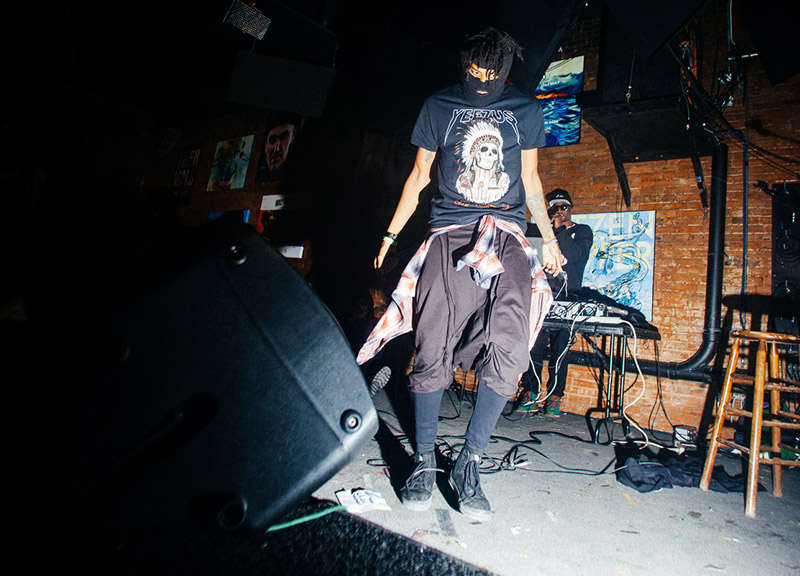 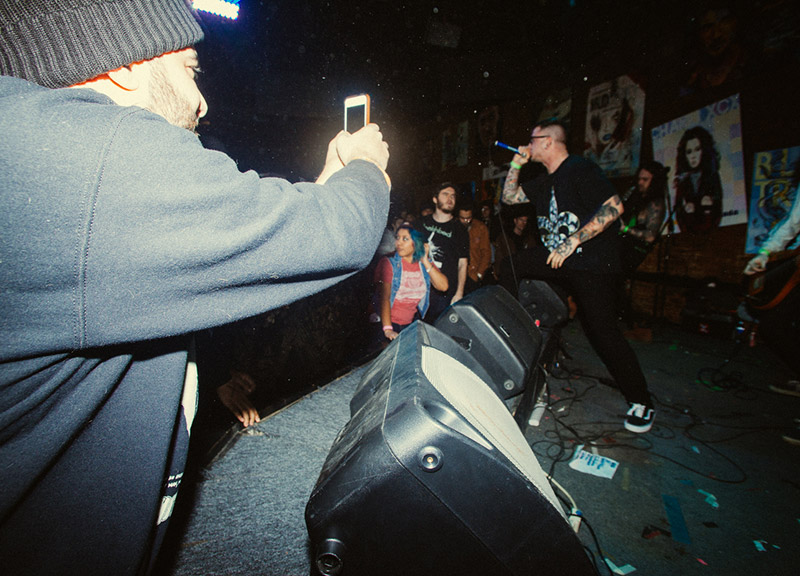 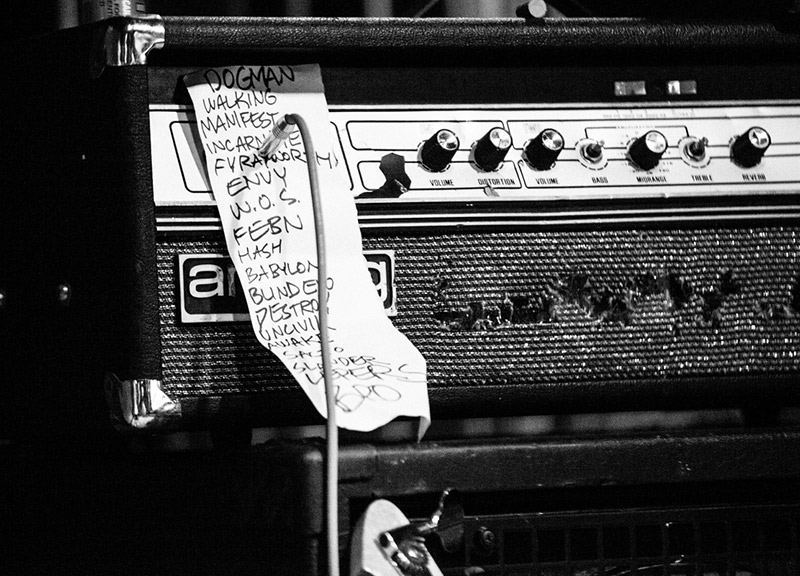 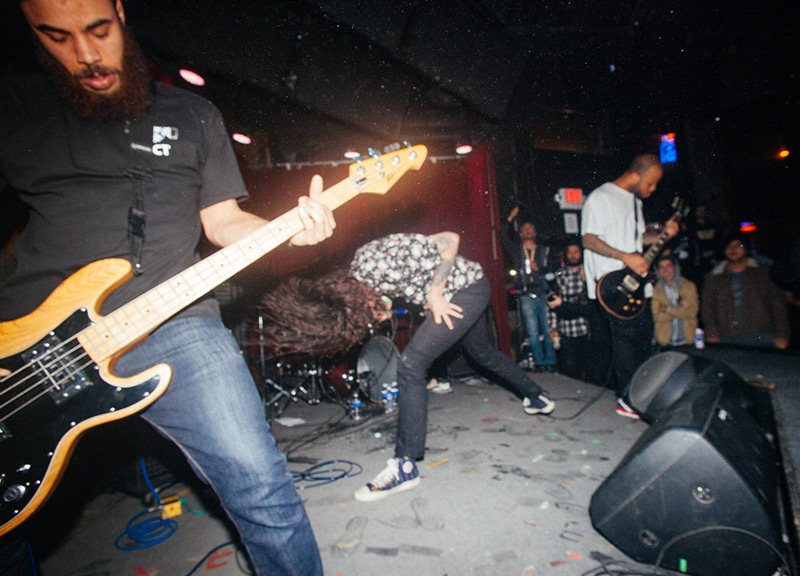 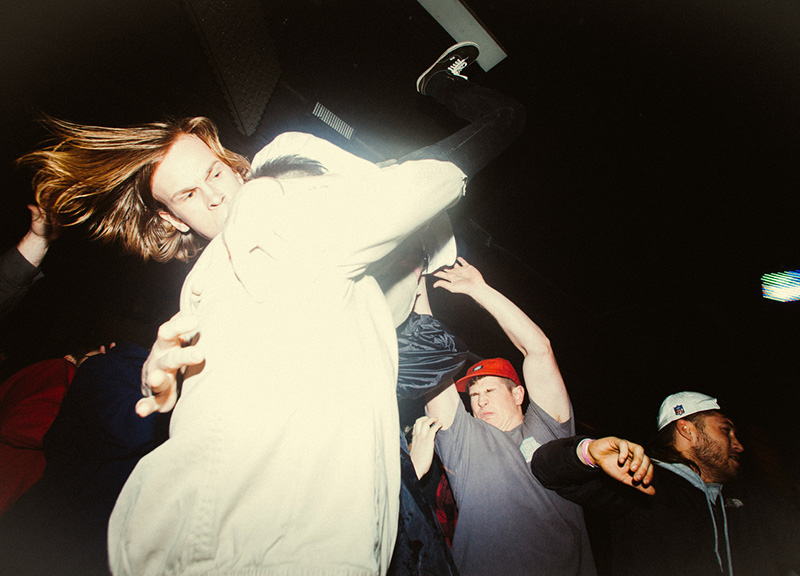 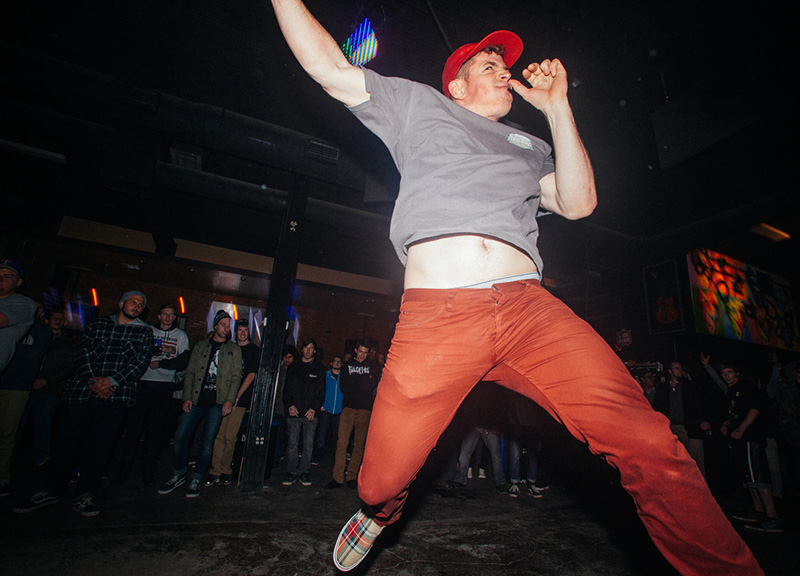 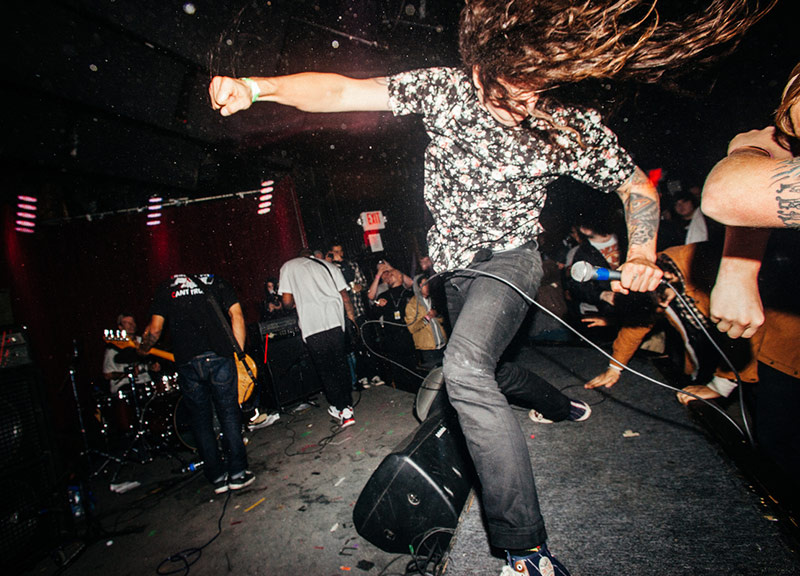 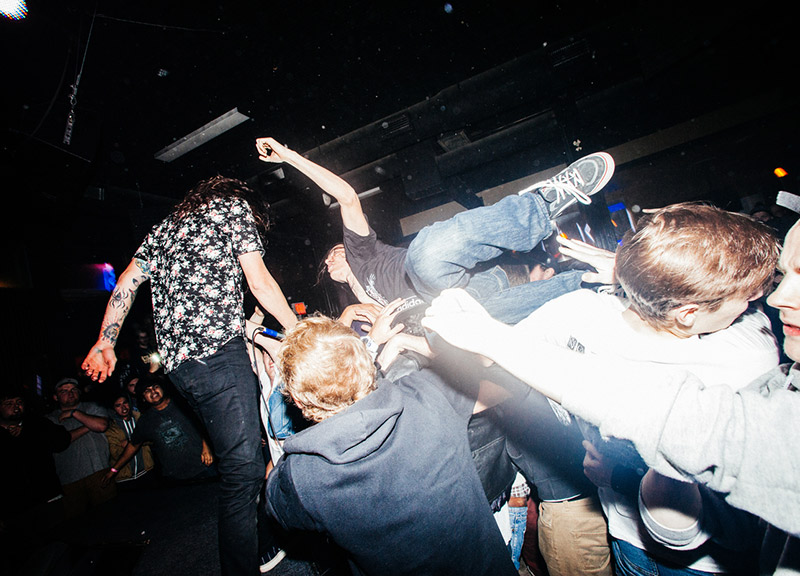 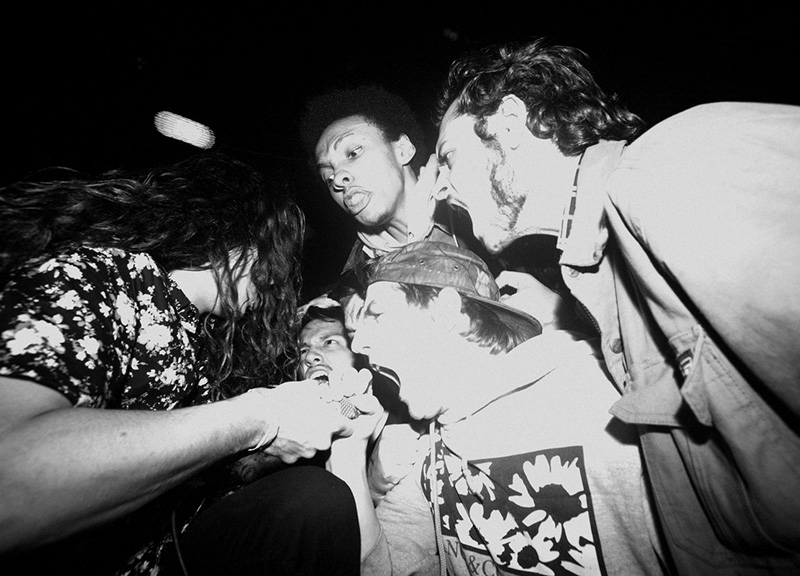 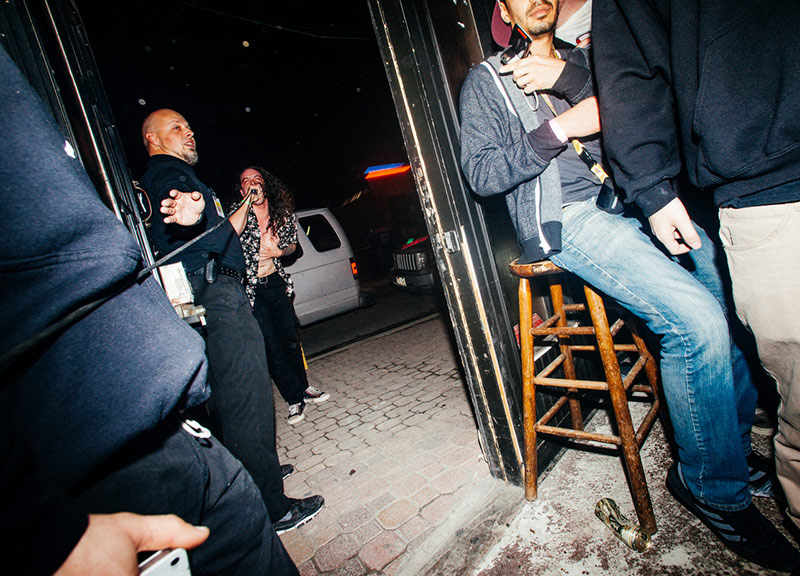 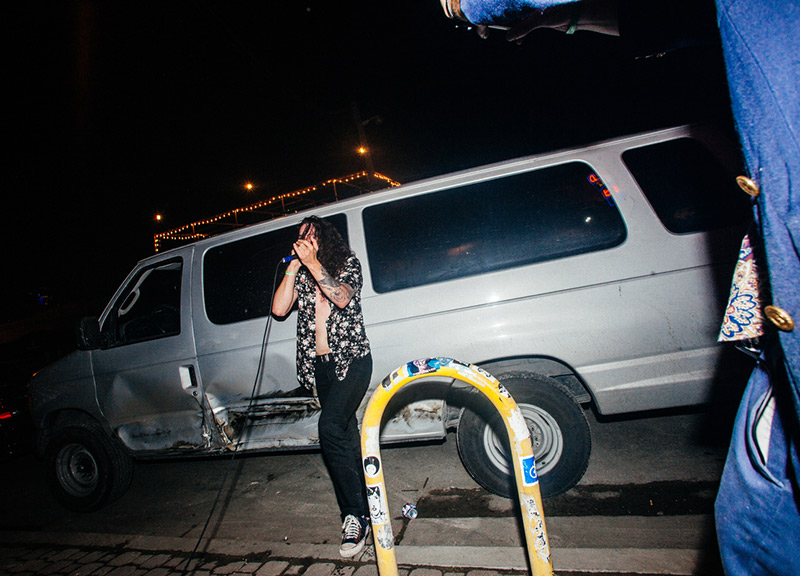 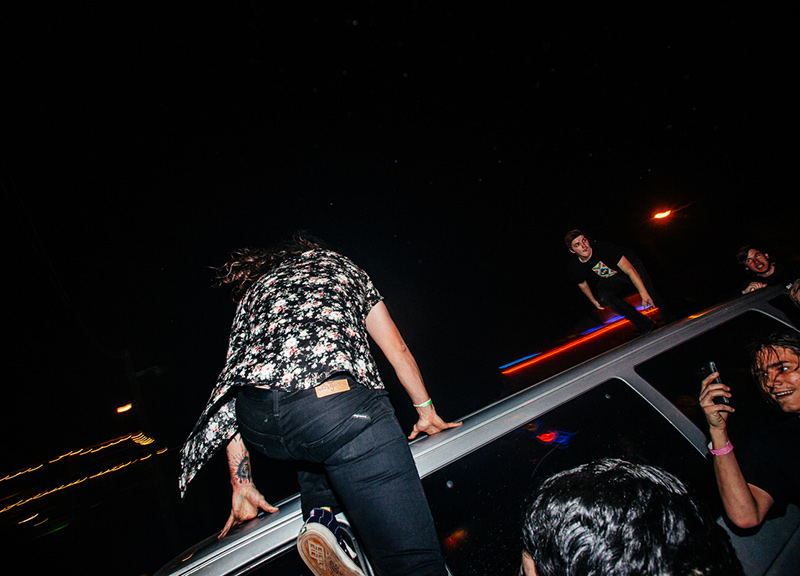 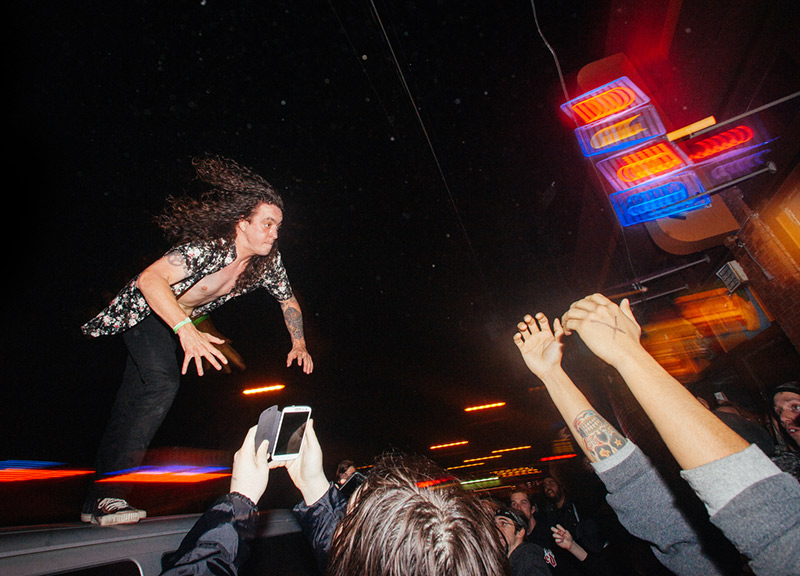 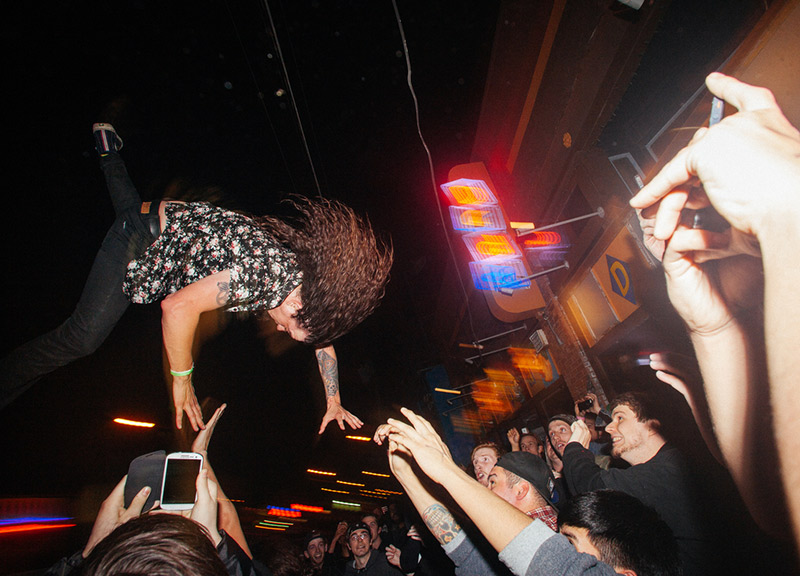 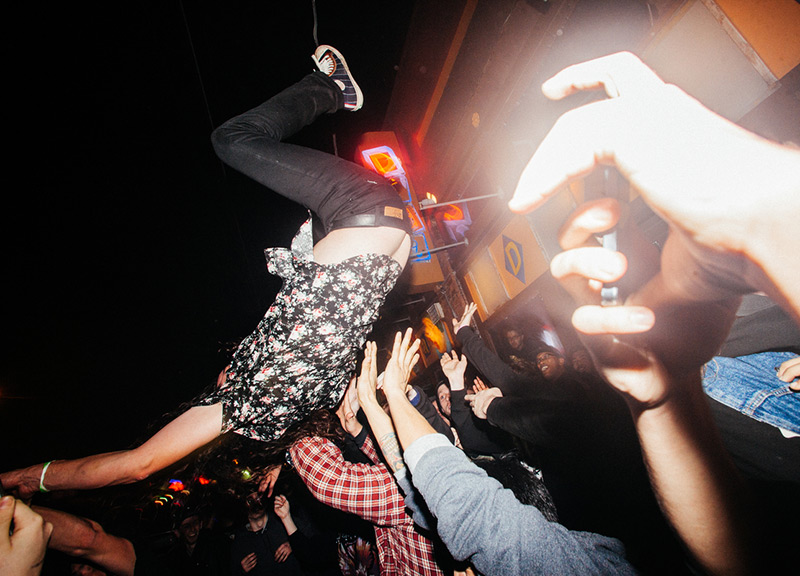 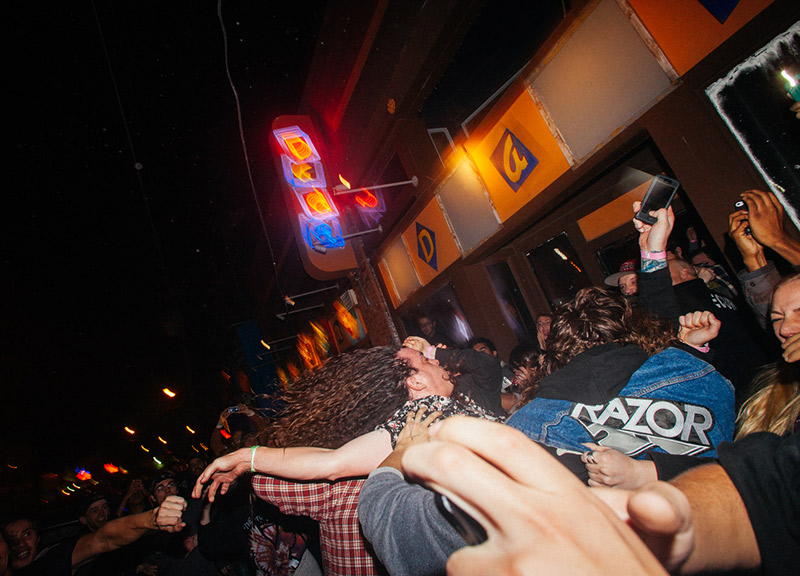 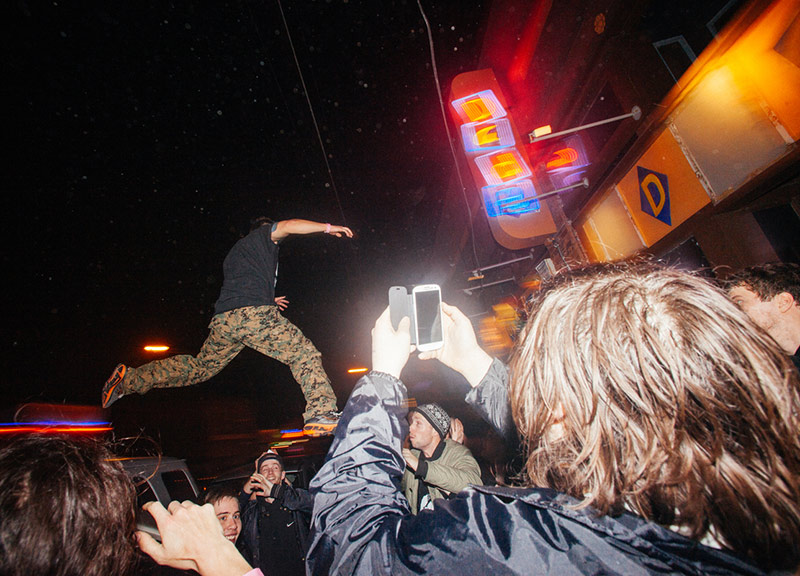 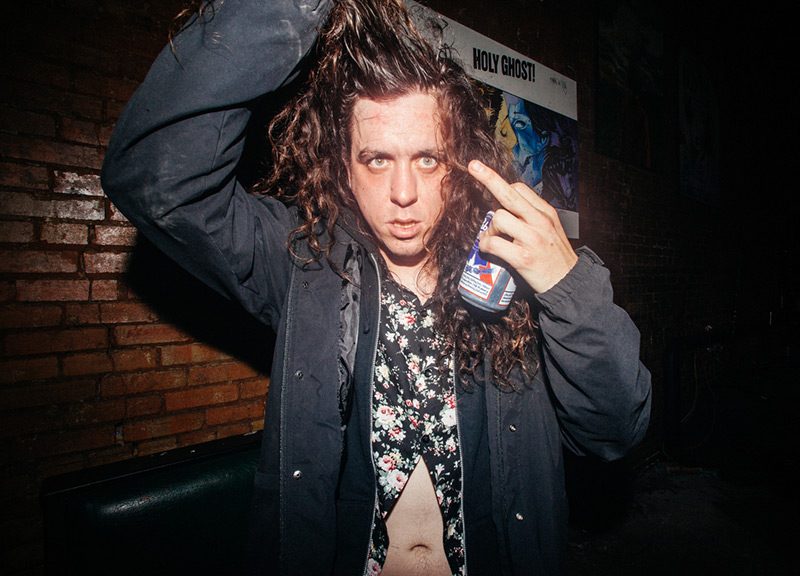