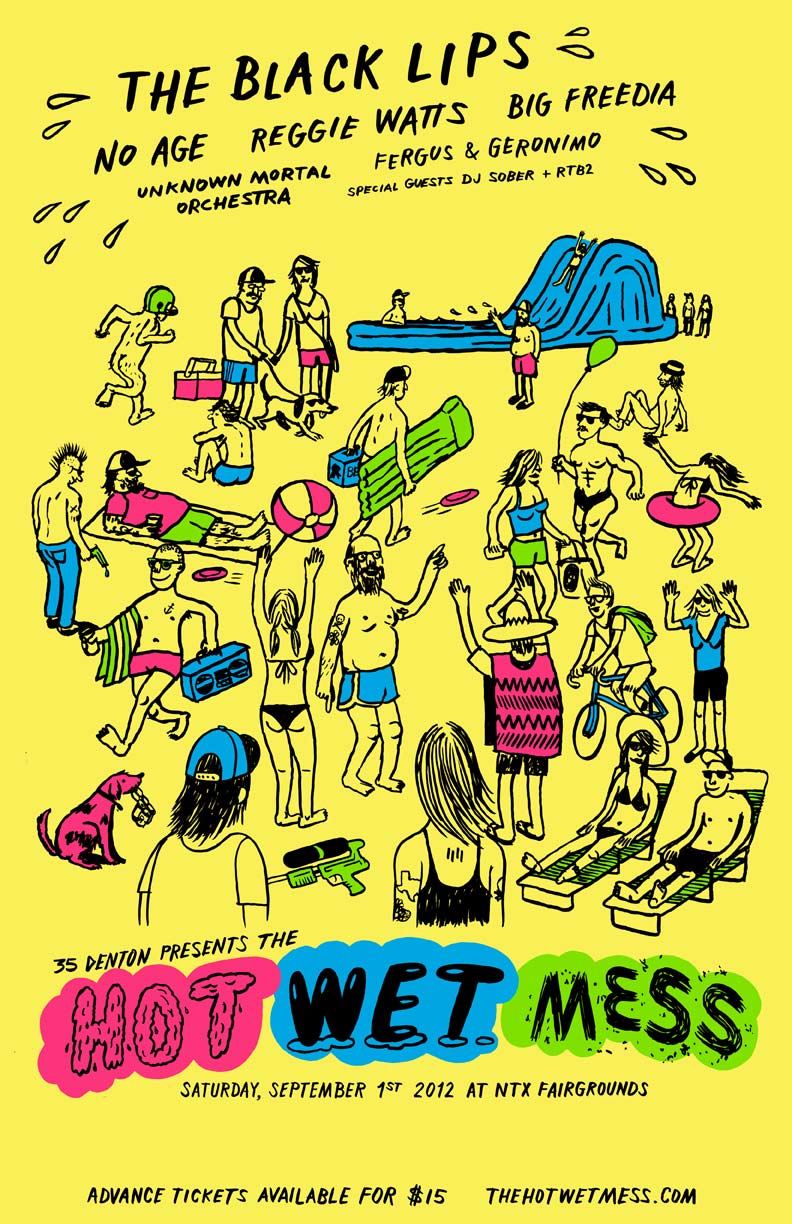 Last time we checked in on what the 35 Denton team had in store for their first-ever Hot Wet Mess event — set to take place on Saturday, September 1, at the North Texas Fairgrounds — the gang had just announced that the Black Lips had been added to a bill that already included Reggie Watts and Big Freedia.

Just now, the folks behind the festival announced the entirety of Hot Wet Mess' musical offerings. The acts joining those earlier announced performers at this afternoon offering now include art-punks No Age, psych-poppers Unknown Mortal Orchestra and the formerly Denton-based experimental rockers Fergus & Geronimo, plus locals RTB2 and DJ Sober.

Pretty, pretty cool. But maybe not as cool as these other Hot Wet Mess promises from the 35 Denton set: The festival will also boast a half-pipe and skateboarding demo, as well as, in the words of the events organizers, a “huge effin' water slide.”

Sounds like a party. Advanced tickets to the event are still $15 (before fees) and can be purchased right here. On the day of the event, entry fees will rise to $20 a head. Oh, and you can check out the event poster here.

No Age photo by Todd Cole.