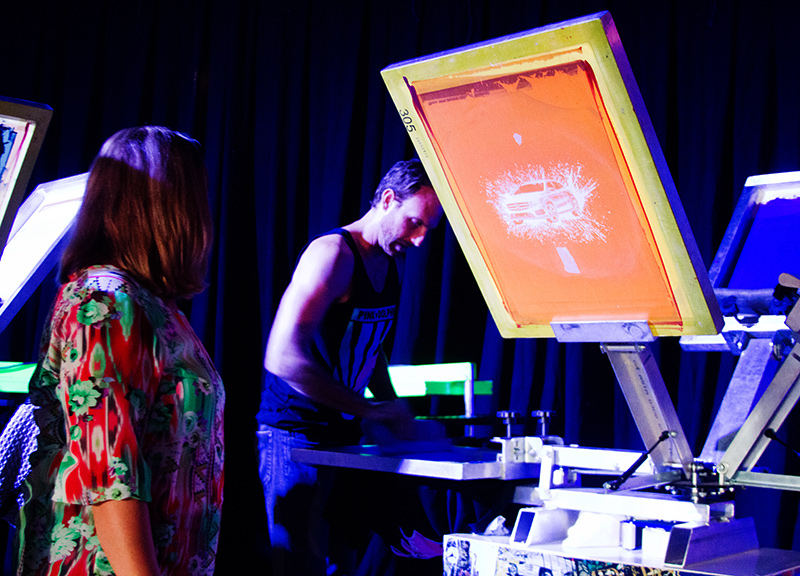 First things first about last night's Mercedes Benz-backed Mayer Hawthorne show at the South Side Ballroom: Yup, it was free. Not just the cover charge, though. I mean the entire event. As a part of the Evolution Tour promotion, attendees who took the time to RSVP to the show were privy to a fantastic amount of free swag, including complimentary Wodka cocktails, Heinekens, Strongbow ciders, Fiji waters and snacks (courtesy of KIND and Popchips), as well as their choice of free Pink Dolphin t-shirts or tank tops with Mercedes Benz logos that were being screen-printed on the spot.

So that was cool. But it still all played second fiddle to the music, which really shined bright on this night.

The room was warmed up by DJ Matt with a set comprised of dance music and classic hip hop to cater to the electric crowd that was still getting its bearings on the layout of the space, which was fully transformed for the event. Out on the floor, there was even a Mercedes inventory aplenty, including with a Benz customized by Exit Through the Gift Shop's Mr. Brainwash. The whole point of these promotional goodies, it seemed, was to distract from the long wait — some two-plus hours of just milling about — that crowds would have to endure before Mayer Hawthorne would eventually take the stage. Still, the mood was fun and the floor slowly filled with casually dancing guests toting drinks aAsDJ Matt provided his high-octane playlist — almost the polar opposite of the melodic rhythms that Hawthorne's set promised.

Still, it was a bit worrisome when 10 p.m. rolled around and the Michigan-born, blue-eyed soul crooner had yet to take the stage — especially considering that attendees were told the event would be over by around 11:15.

A little after 10, though, the lights went dim and Hawthorne appeared on stage, donning sneakers, a tailored, three-piece suit and a vibrant shirt underneath. And that's when the real fun started.

Hawthorne kicked things off with selections from his latest album, Where Does This Door Go, leading with the track “Designer Drug.” The song is slightly more upbeat song than his typical repertoire of lovesick poetry, with slightly more illicit lyrics. The soulful song was the perfect cut to set off the performance, as Hawthorne and his band then seamlessly flowed through songs such as “Allie Jones” and “Crime” and tossed in some well-received covers of Bell Biv Devoe's “Poison” and Max Romeo's “Chase The Devil.”

Deeper into his set, Hawthorne mixed in songs from his early catalog, regaling the audience with old favorites including “The Walk,” “I Wish That It Would Rain” and “Just Ain't Gonna Work Out.” More than anything, though, it was Hawthorne's showmanship that poured through each portion of the performance. He gracefully maneuvered about the stage in proud, enjoyable fashion: Sometimes, he'd join in with his band on the drums; at other times, he'd dance along with his fans. The audience, in kind, responded well to his efforts, dancing and singing along to the flow of things in the most carefree manor — probably thanks in large part to all that free, and free-flowing, alcohol.

Still, it was a blast. Despite the over-the-top promotional efforts from Mercedes to fit party-goers into a new Benz, I left fully entertained and satisfied all the same. And, I dunno, maybe I am a little more likely now to consider purchasing one of those impressive feats of German engineering in some distant future.

But the added spam seemed worth it.

Hey, it's a small price to pay for a night and a Hawthorne performance that these attendees won't soon forget. 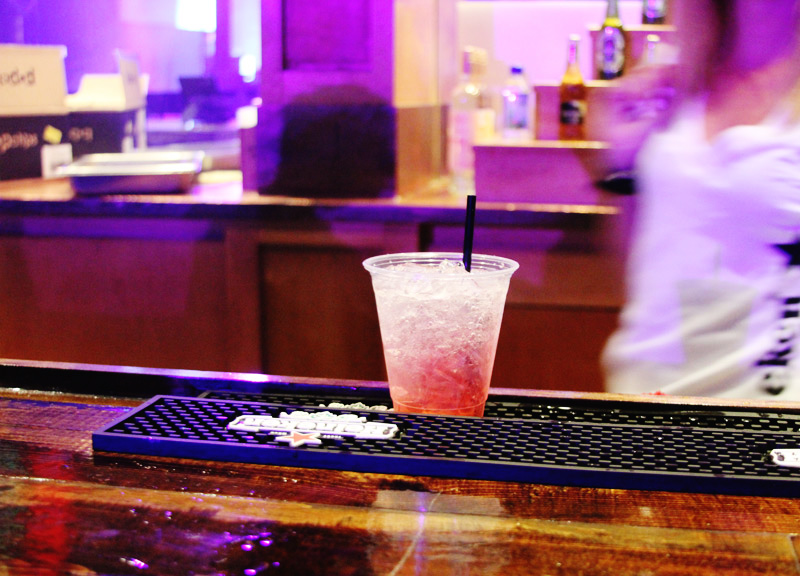 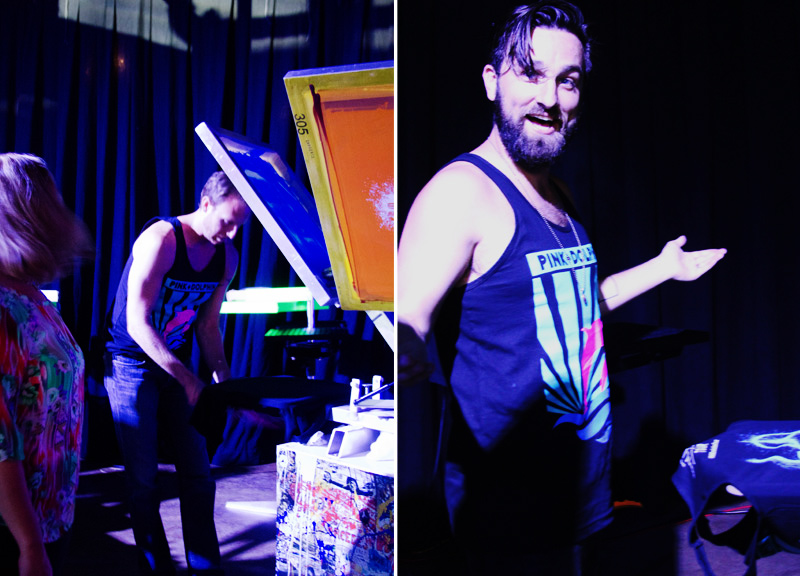 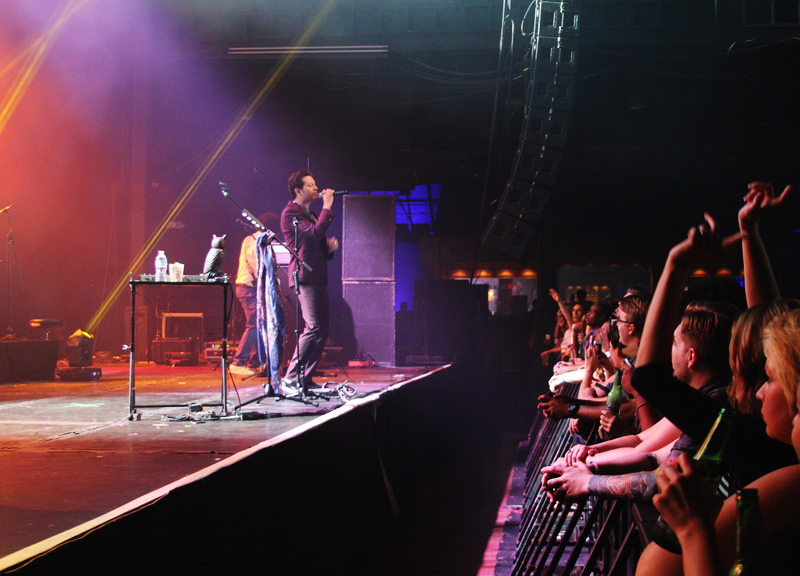 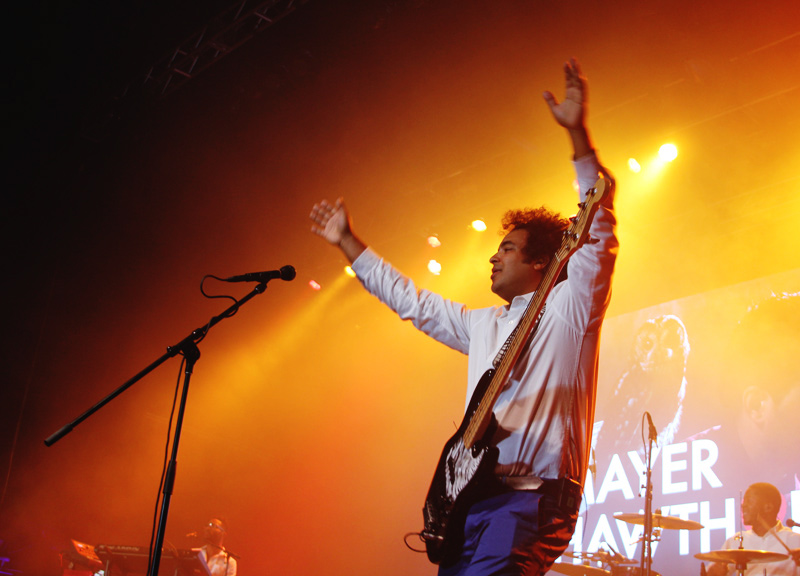 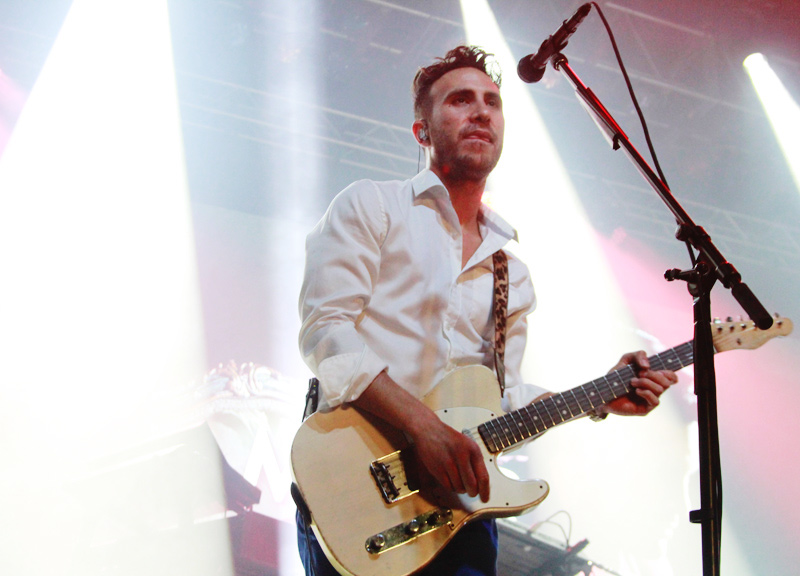 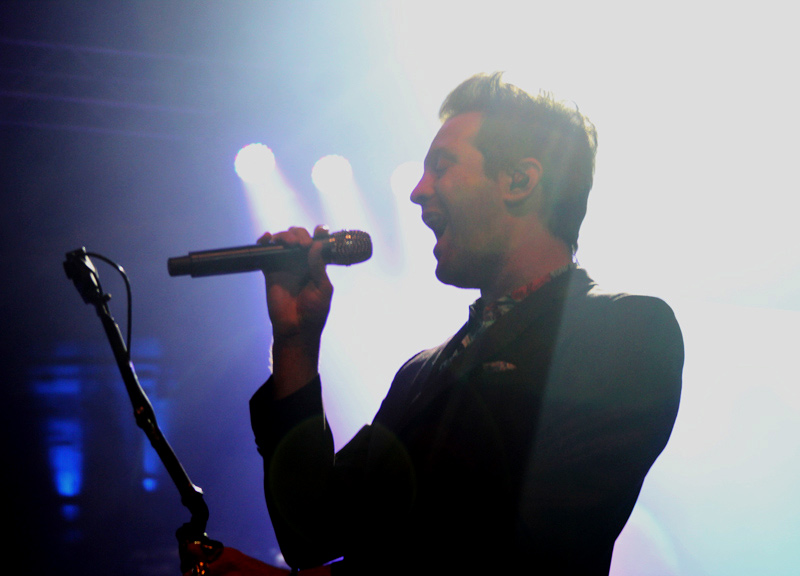 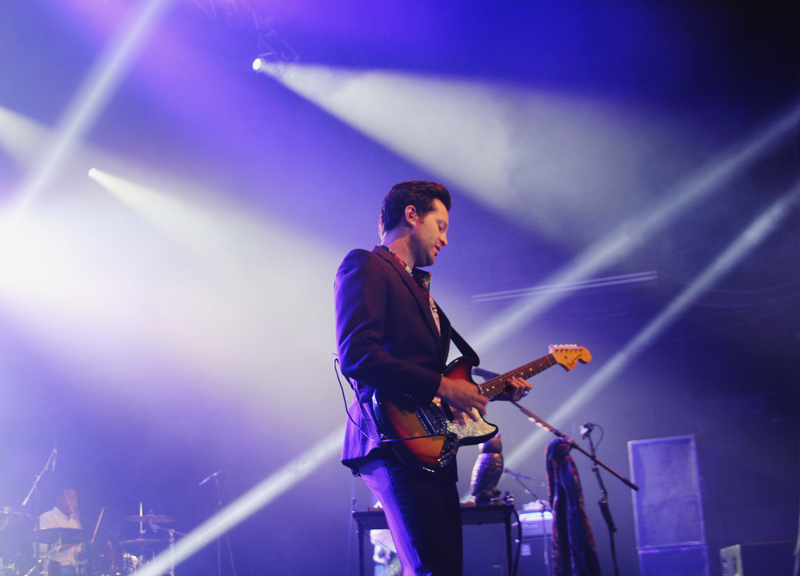 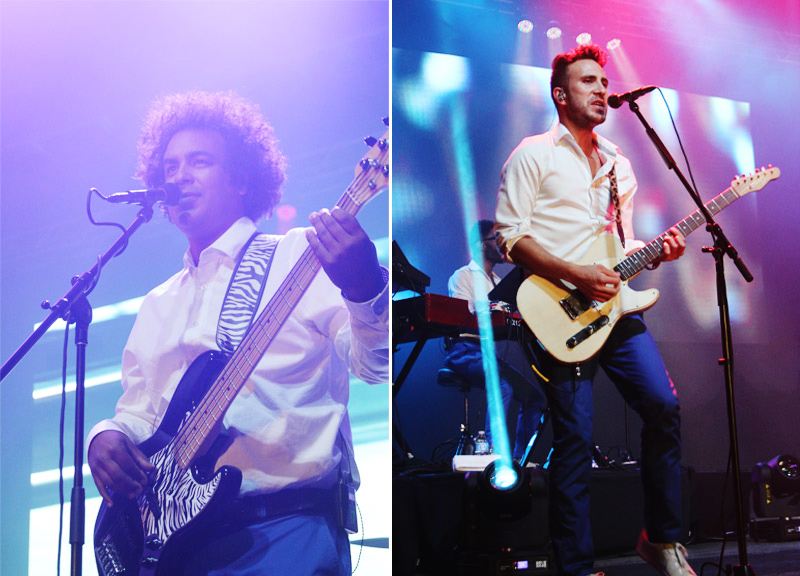 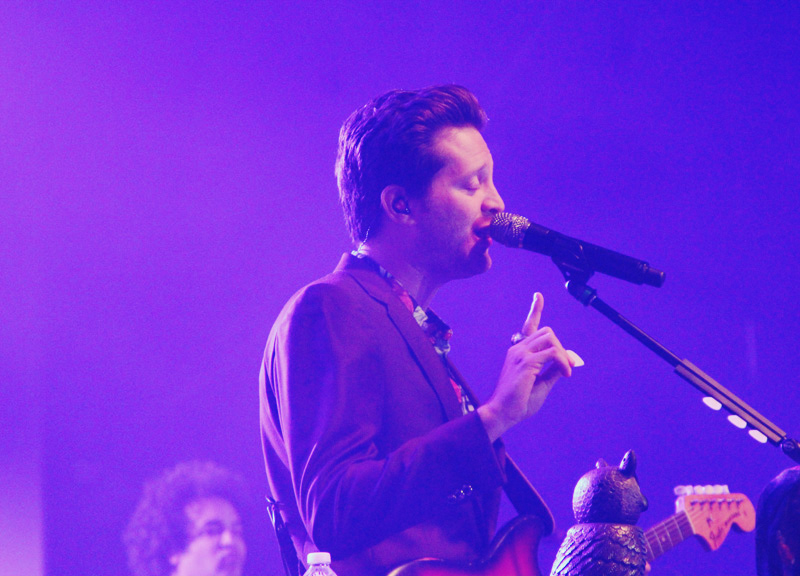 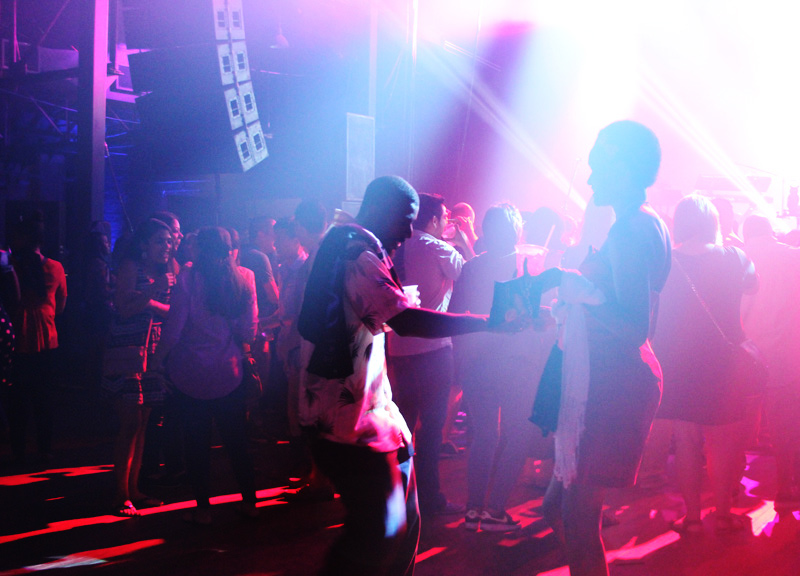 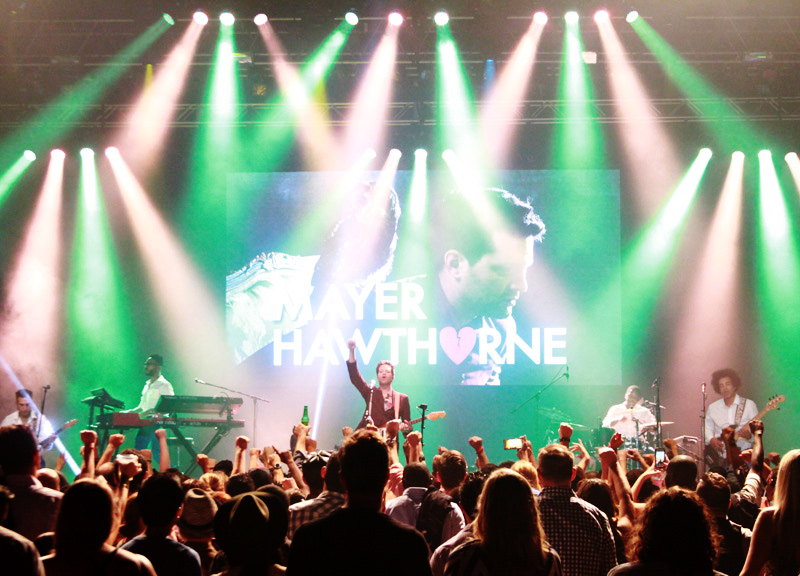