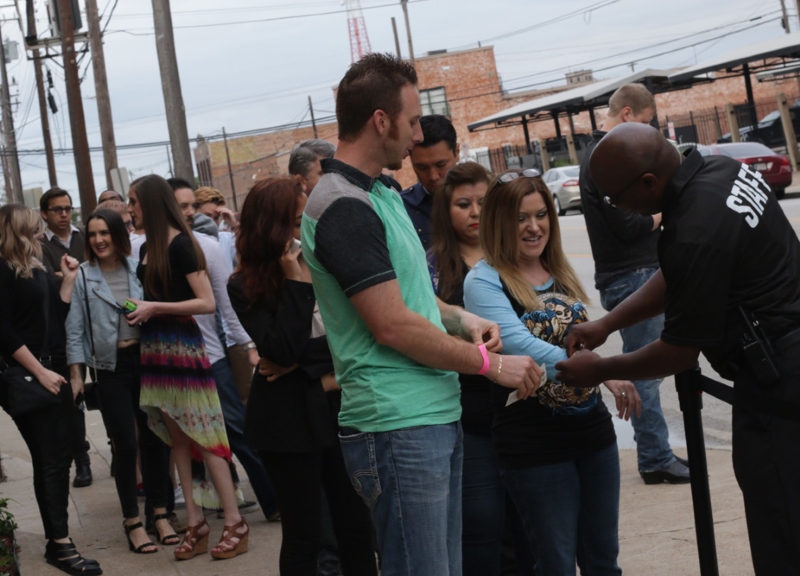 Scenes From Last Night's Secret Marina & The Diamonds Show At The Bomb Factory.

It doesn't take a genius to understand why shows at the newly rebuilt Bomb Factory have become Deep Ellum's latest hot commodity.

People just want to see what's new, for one thing. And if that new stuff happens to be enjoyable — like, say, mid-March's grand opening festivities with Eryklah Badu or the more-recent saving of the Homegrown Festival — then, hey, all the better.

It's clear that this massive venue has been quickly embraced by the city to this point. But how far does that embrace go? Well, last night, we learned that the Bomb Factory doesn't really have to do much more than open its doors to earn raves.

That's pretty much how things went down last night, at least. Announced on Facebook a few weeks ago as a “VIP Party” featuring a secret headliner, the show played into all of the typical “scene” trappings: the chance to be scope out the newest, most talked-about venue in town; the chance to see and be seen at an “exclusive” event; and, oh yeah, it was free to get into and how perfect is that?

It almost didn't even matter who was playing. That word got out right around the time the venue's doors opened that the “Bubblegum Bitch” herself, England's poppy Marina & The Diamonds, would perform? That was mostly an afterthought. Getting into the venue alone was the game here, even if it wasn't a difficult one: Though originally billed as something of a media- and entertainment industry-exclusive event, tickets into the show were scattered in piles for pickup at various Deep Ellum bars before the show to anyone who wanted them, and anyone clever enough to realize that the the secret password to this “VIP” bash was, in fact, simply “VIP,” was able to beat the system. In turn, the crowd was a 2,000-or-so-person-strong blend of the usual Deep Ellum show-going set and all manner of other self-appointed important people.

So here's the million-dollar question: Would this many people have showed if a more-standard Marina & The Diamonds show had been announced in advanced?

Tough to say. This scenester set might've been less prevalent, but more bona fide Marina fans would've likely been present. Instead, the busiest portions of the room on this night mostly appeared to be the three downstairs bar areas, which hummed along at full tilt while the music went on behind their backs. But just because the music took a backseat doesn't mean the musicians' efforts fell on deaf ears. They didn't.

Dallas' own Zhora opened things up, basking in striking beams of red and yellow light for a scene that perfectly matched the group's smooth nocturne of electronics, which included here some guest features from area rapper -topic and former Neon Indian guitarist Ronnie Heart. It was a performance that set the stage nicely for the evening's headliner.

As for said headliner, Marina Diamandis seemed bent on making this performance her best yet here in town, despite the fact that she's headlined more-packed, if also smaller, houses in Dallas during previous tour stops. This room might not have been the filled-to-the-brim show she and her more diehard fans in attendance may have hoped for, but that didn't stop the more-familiar-with-her-music set from having a good time — and it certainly didn't preclude the kids up in the front from gleefully singing aloud, smartphones in hand. For nearly an hour, Marina and her Diamonds led a lunar dance party at the Bomb Factory, complete with polished instruments being played in front of a luminously bright backdrop that spanned the entirety of the stage's back wall.

Really, both performances on this night were full of passion and spirit. But, once again, even through this strange offering, The Bomb Factory itself was the walking-out talking point on this night. Such, no doubt, was the night's aim, and such was its accomplishment. Even during the night's last few songs, attendees were still coming through the venue's doors, looking for a slice of the party.

It was a stunt, sure. But it was a fun stunt all the same. 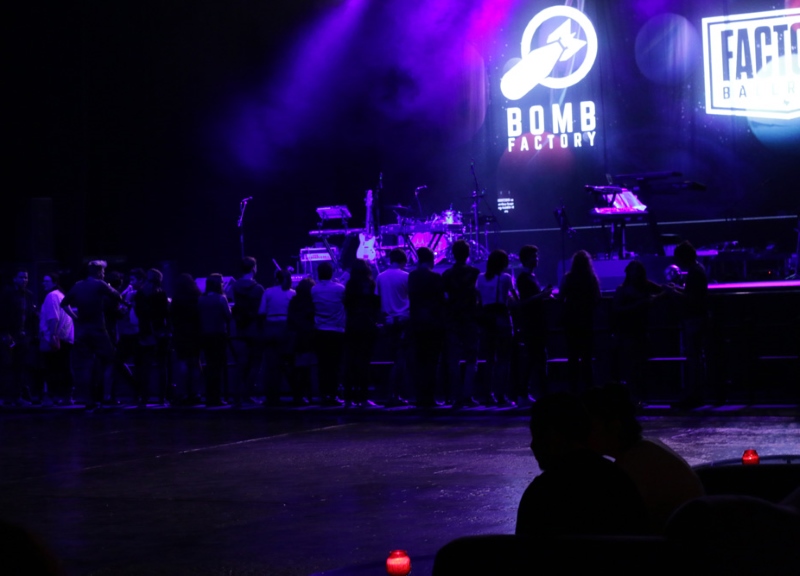 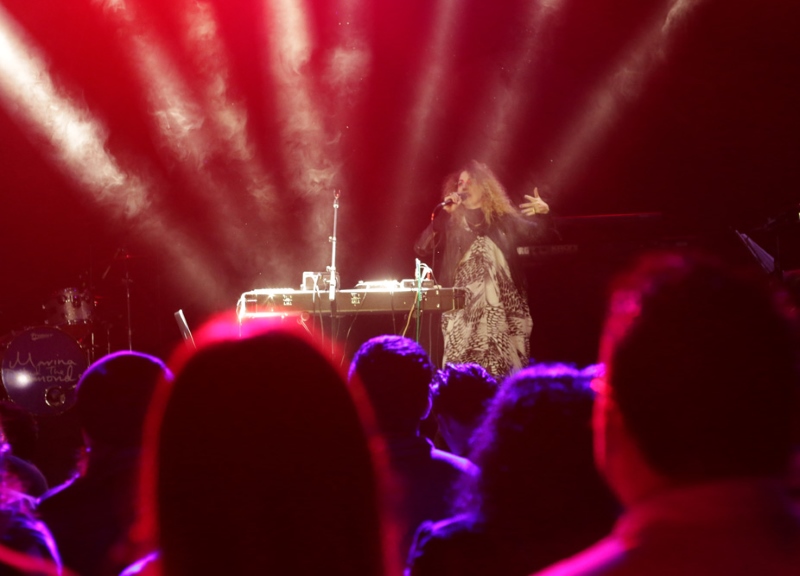 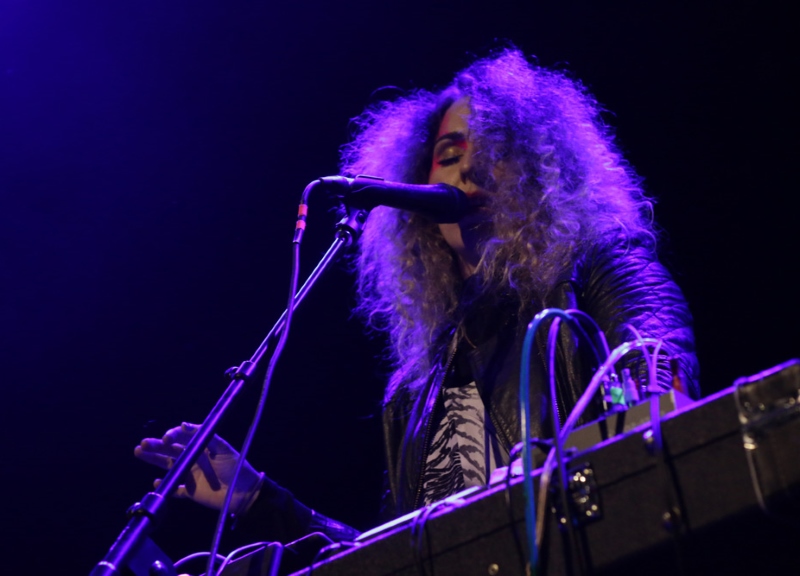 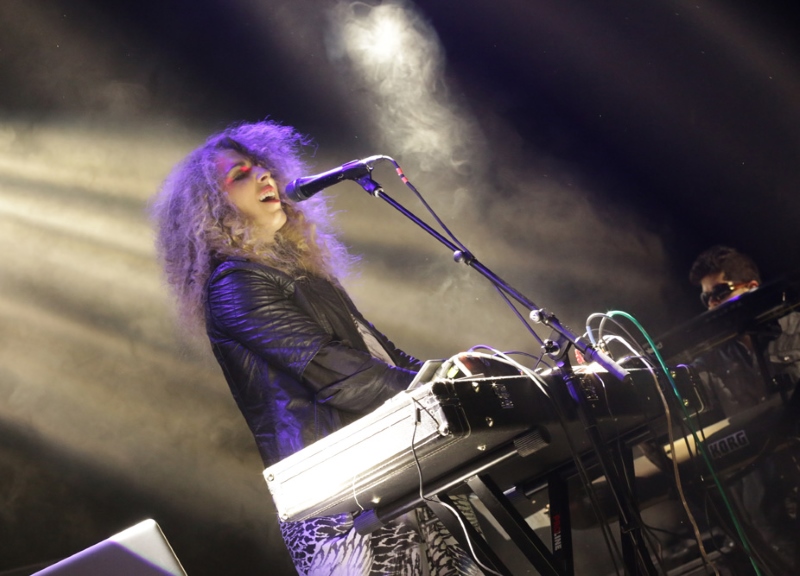 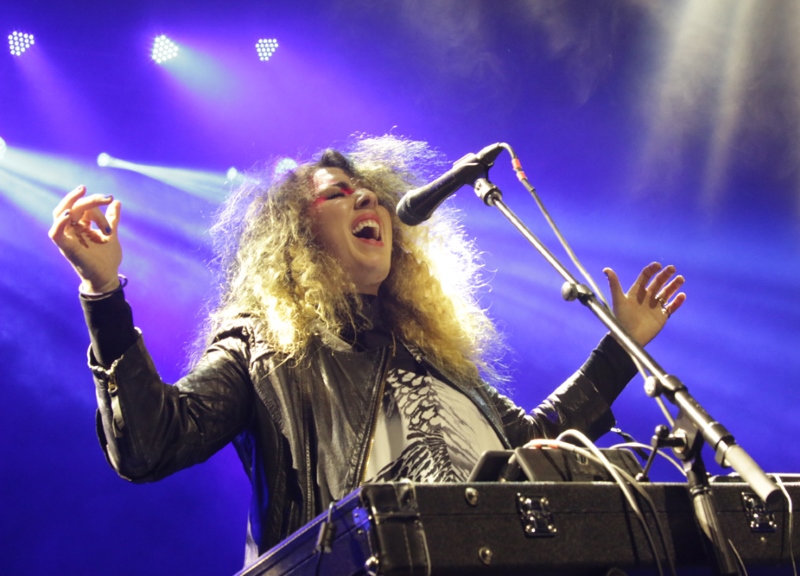 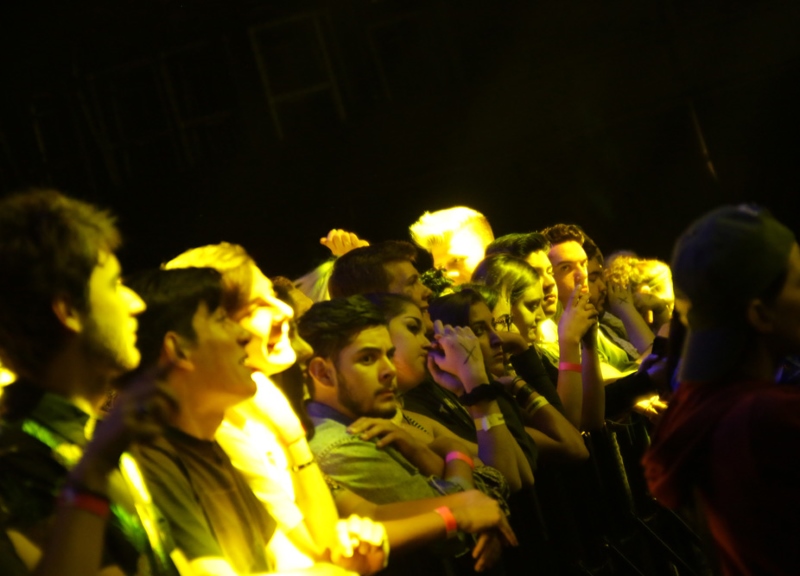 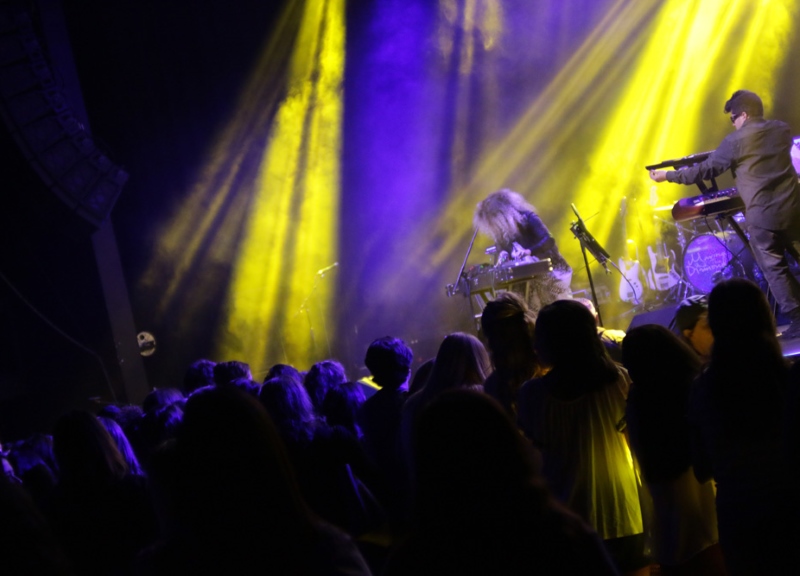 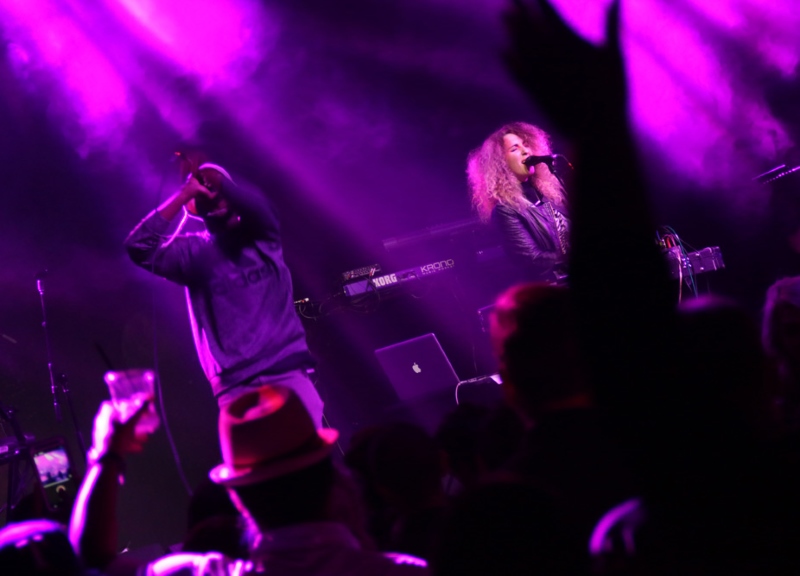 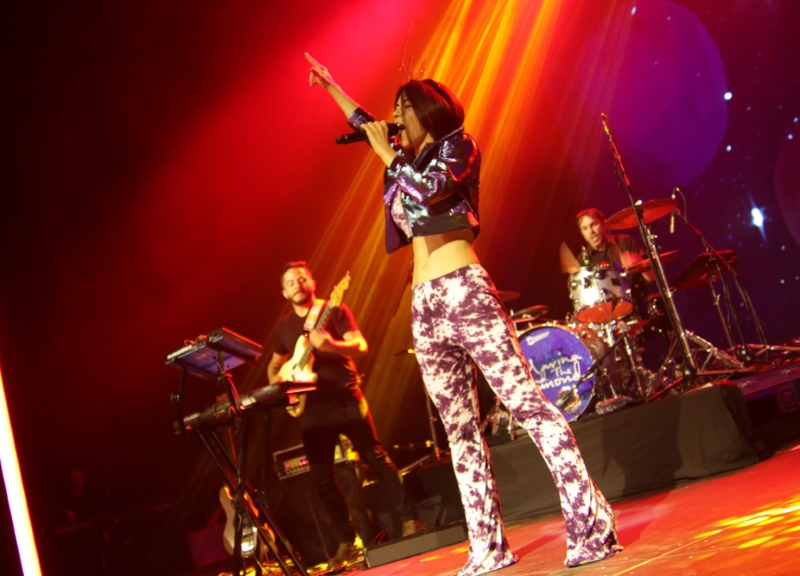 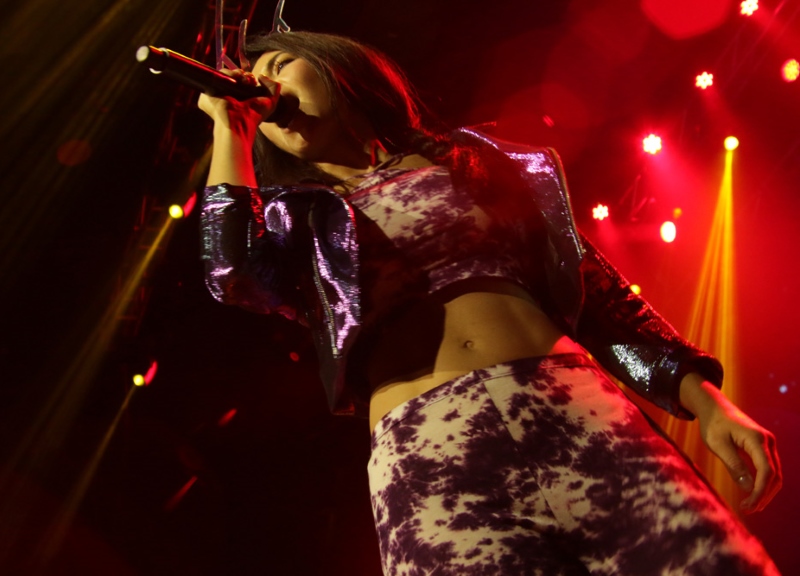 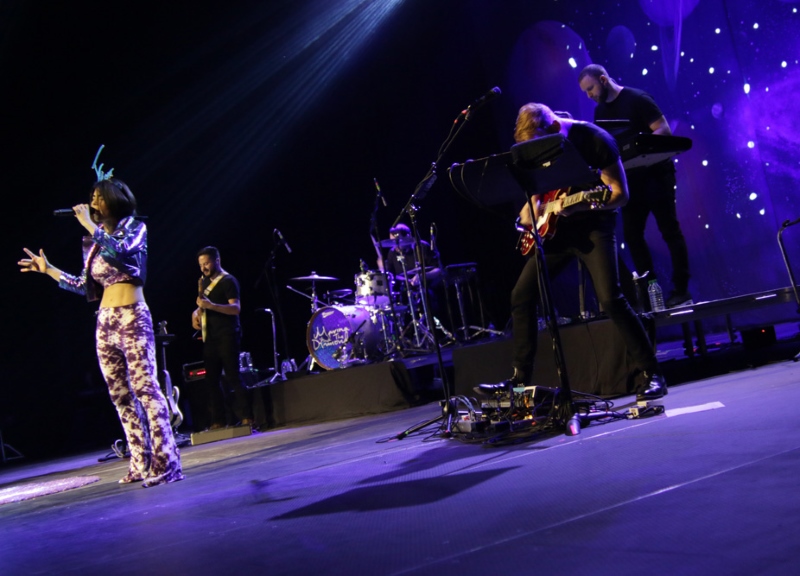 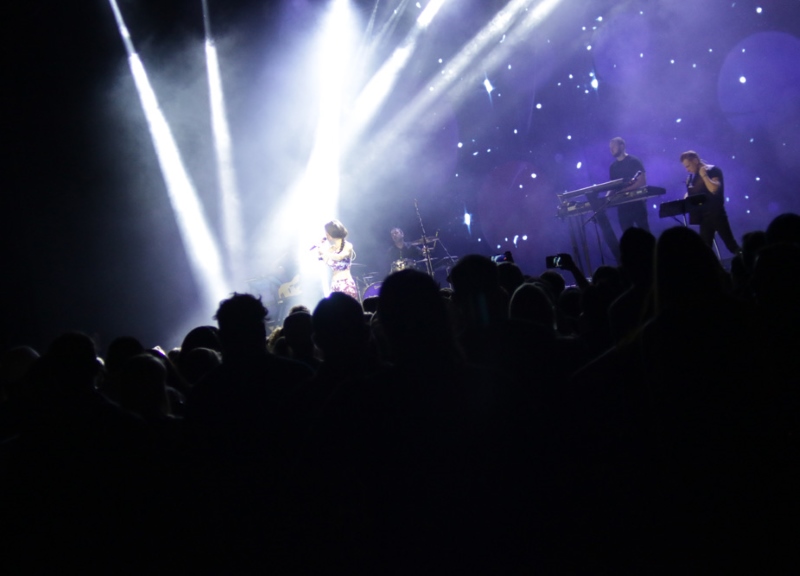 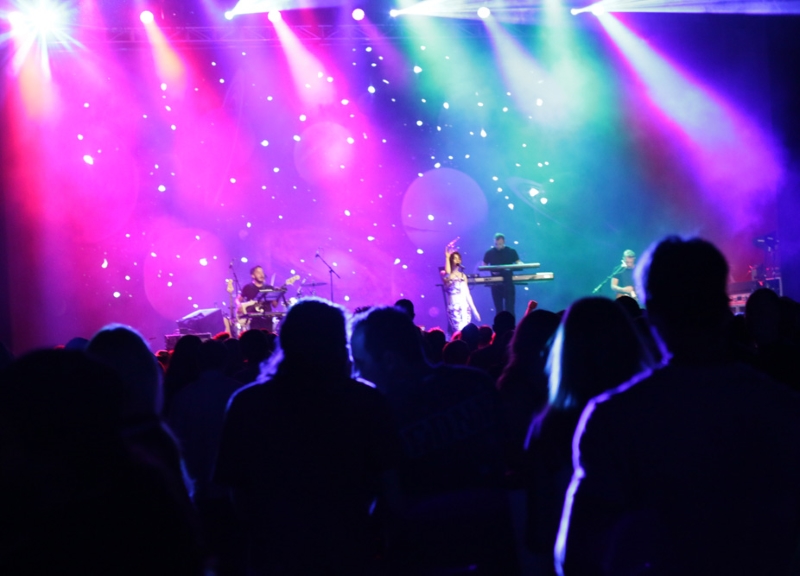 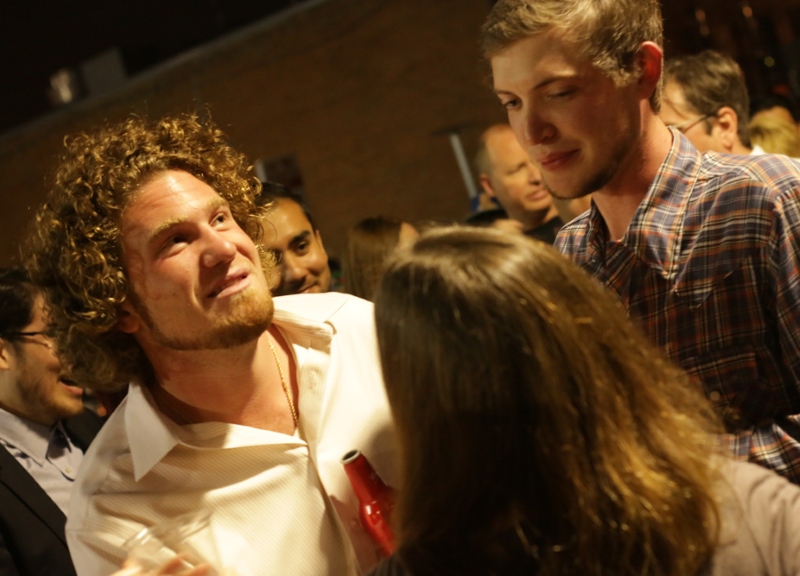 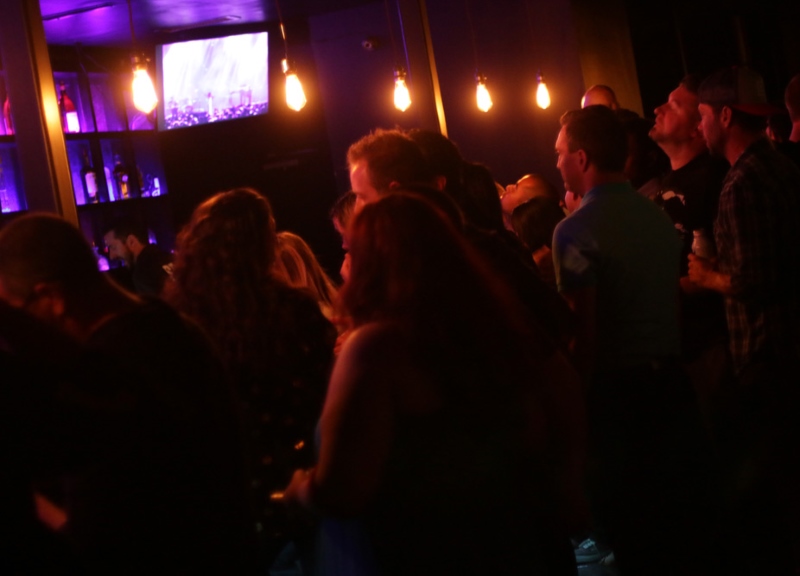