A Kick In The Pants. 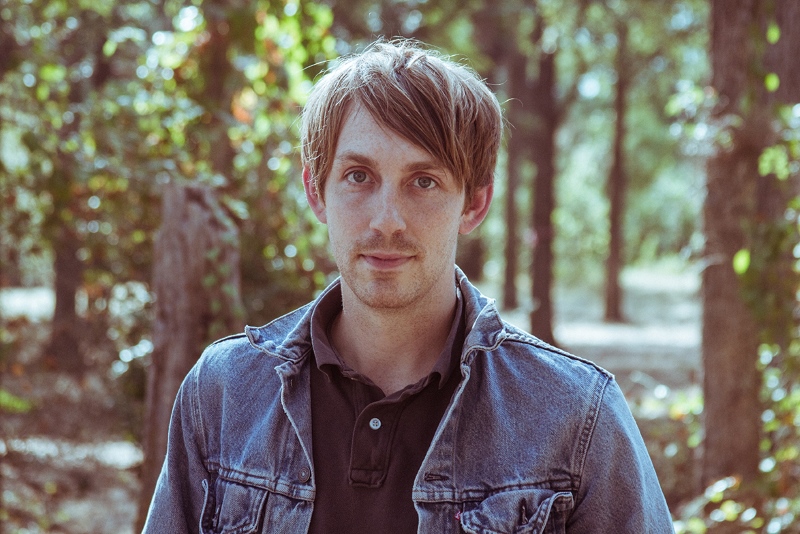 Most musicians that do the whole playing-in-bands thing long enough eventually find themselves at the crossroads of trying to balance long-term relationships, full-time jobs and raising kids — y'know, adult stuff — with the young man's game of pursuing their rock 'n' roll dreams.

For Daniel Hopkins, this happened about five years ago, when it started becoming apparent that his longtime project, Radiant, had gone about as far as it was going to. Then came a son — and then a second and third son in the years that followed. Between his straight job and raising three boys under the age of five, Hopkins kind of resigned himself to the fact that the music thing was a chapter in his life that had closed.

Well, except for those few quiet moments in the day — usually the ones when he was in the shower, he says — when little sonic ideas would form in his mind. It wasn't long until the realization that he was never going to have an outlet for any of these song nuggets unless he just buckled down and made it happen for himself came. From there, he cashed in some vacation time and booked some time with Matt Pence at the Echo Lab to flesh out the song snippets that had been piling up on him the last few years.

The result is Carnation, his debut solo LP under his previously anonymous Denim Wonder moniker. The album be released on vinyl next Friday, November 6.

These new, lushly-arranged, Americana-tinged tunes represent something of a new direction for Hopkins, who now says he's content just making music for himself without worrying about trying to land a record deal. That leads to a certain purity, an authentic snapshot of a young father marveling at his hometown's skyline (specifically in “I Love My City”) and finding a new path for himself, both musically and in life.

And that really seems to be ringing true for Hopkins, who jokes that “I never thought that three-year-olds would be my biggest fans. But that's how it's worked out so far.”

Before his album earns its physical release next week, you can now stream the thing in full below. Then stick around for an interview with Hopkins below.

Your press release materials talk about being burned out by Radiant's lack of success. Can you talk a little bit about that?
When we were doing Radiant, we all had really big aspirations — especially when we were starting out in 2000. If you were to look at the year 2000 compared to the end of Radiant around 2010, the entire music industry went through a seismic shift. In 2000, bands were making so much money from record deals. It was very common for record labels to give million-dollar signing bonuses to bands and then can the project with the band getting to walk away with the money. That wasn't our goal — to get there — but it was our hope. We were like, “We want to do what we do, and hopefully it will just pay for itself if we just keep pushing hard.” So, then the shift happened. And, in 2010, we had done a showcase with every major label that there was at that time. All of them had essentially turned us down — either that or offered us a deal that just was not doable. There were Christian labels that were interested in having us, but we were trying to stiff-arm that industry.

Anyway, all that is to say is that when that's your goal, when that's your hope, and it doesn't happen, and you've been pushing for years and years to make it happen, it just destroys you. There were a few years where I thought that I was just done with music. Even still, when I see young kids with big aspirations to make it in music, I'm like, “Don't do it!” It's just so hard to do it. But now my focus has shifted, and I've seen this in a lot artists that have full-time jobs, they just do the art on the side. They make it work. They do tours that make it work. Really respectable bands are just weekend warriors. Big bands that you'd never expect. When I just started writing these songs again, I thought, “Man, I just have to make this music. I just have to get it out.” Record it, with that being the end goal. It's a completely different dynamic shift. Even if nobody hears this music, I'm going to be content, because I've got my two-year-old whose first words are the lyrics to the songs. To me, that's more fulfilling than getting any record deal. My focus has shifted and I'm just content to make music. And, as a result, the music that I'm making is better than it ever has been.

It sounds like your definition of success has completely changed.
Yeah, I think so. Because it's not tied to money. It's not tied to a dollar sign. I could pretty much give up on music. Life just has a way of beating the music out of you. My definition of success is just making the music, and doing what you have to do to get the music out. By that definition, I would say I'm successful. The 25-year-old version of me would look at this version of me and say, “No, that's not successful.”

So, by your new definition of success, the fact that you've recorded this album and are about to release it, the goal has been met there. Is that the endgame or are there plans to try to get back into playing some shows here and there?
I'm going to play live. I just booked November 20 at Double Wide. That's going to be the album release. I really want to do as many full band things as I can, but it's just a matter of coordinating with a bunch of people who play in other bands. Kevin [Howard] from The Rich Girls is going to be in the band, and his wife Becki — y'know, they're both in Bethan. Dragan [Jakovljevic] from Air Review, too. Everybody is in the live band, so coordinating schedules is going to be kind of tough. But I will try to play at least a few times locally.

Now that your primary focus is on your day job and raising kids, do you find the time you get to spend making music has become a type of release? Now that money isn't really a concern, is the process more personal and/or cathartic?
Yeah, I feel more like an artist, as in I'm making something. I'm making it for me, just for my own interest. Whereas before, I had all these things in my mind, like “Will the record labels like this? Will this get on the radio?” Now it's just, “Do I like it? Yes, I do. Well, alright.” So, in that regard, I'm finding fulfillment and I feel more like an artist. There's also fulfillment in, like I said, my kids listening to the music or my kids singing along and knowing the words. That's such a cool feeling. And, also, it's going to be out on vinyl. It's always been a dream of mine. I'd been pushing vinyl on Radiant for a decade now and we just never went for it because we didn't have the money. But I just ponied up and, along with the Kickstarter, I put a lot of my own money into it. It's a dream come true having my own music on vinyl. That in and of itself is just kind of awesome. And having it produced by Matt Pence — he's one of my all-time favorite drummers. I've worked with him before and I've always had a dream — I know it's weird because you know the guy personally — but I really look up to him as a producer. I've always wanted him to produce my music. Having an album produced by him, on vinyl, is so fulfilling that I don't really have many other goals after that. I don't really know where to go from here, basically.

Anything else is just bonus.
Yeah! And if I sell all 300 records I'm making, then I will have enough money to go and make another one. I won't even have to do a Kickstarter to do the next one. That's kind of the next goal — to make enough money to take a week off work and go into the studio again.