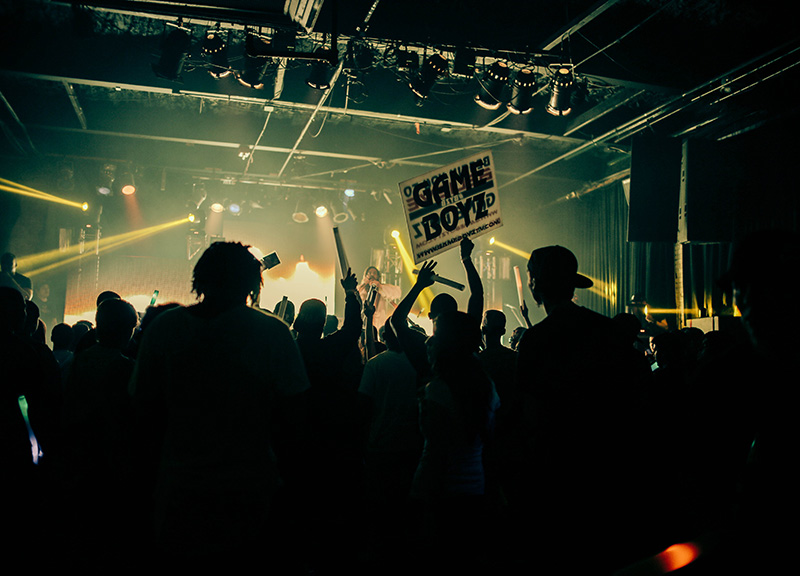 Scenes From Saturday Night's Rageville Festival with Travis Scott at the Prophet Bar.

Approaching the Prophet Bar in Deep Ellum this past Saturday night, you just knew something was up. And maybe something big.

Flashing beams of light streaked through the venue's double doors and out onto Main Street. You couldn't miss it: The first-ever hip-hop and EDM-focused Rageville Festival, headlined the by the Kanye West-approved, Houston-based rapper Travis Scott, was going down.

Inside the space — still filling up with its young attendees at this point — things got crazier in the suddenly LED-filled room, as one performer dressed as Jesus screamed into his microphone and jumped around the stage to hype up the crowd. Later, more odd visuals came in the form of a man wearing a robot head.

It was weird — but, ultimately and even through multiple sound issues, the crowd seemed to have a good time with it, dance parties hitting the room in waves. It was something of a roller coaster.

Speaking of rides: Travis Scott, by the time he hit the stage at around 1 in the morning, brought his crowd along on a hell of one. And, somewhat weirdly, he did so on his lonesome and without the aid of the light production that had been brought in specifically for this show. During his very first song, he asked that those lights be turned off. Oh well. And no matter: Once the room was dark, he sprayed bottles of water and fire extinguishers into the crowd and whipped his audience into a frenzy — so much so that they didn't even mind the sound issues that had plagued the night's earlier sets repeatedly popping up again during his performance.

Before long, the inevitable happened and the crowd rushed the stage — at Scott's request, to be fair — against the wishes of the venue's overwhelmed on-hand security.
The guards tried to fight against the rush, but no one listened. Instead, Scott's fans all smashed up on stage as Scott himself climbed atop the DJ booth and encouraged his crowd to mosh and stage dive around him.

It was nuts, really. And it all reached a fever pitch as Scott himself leaped on top of the crowd, surfing about their outstretched hands with his ass quite literally hanging out.

Then, in a flash, it was over. Scott's final song came to its end and, in an instant, he was out the door. Half of the crowd looked confused — where'd he gone? would he come back? — and the rest just kept on moshing. Finally, though, people caught on. The night had come to its close. The laser beams were no longer shooting all around the venue.

It was a little disorienting, to be frank.

But, hey, sometimes disorienting can be fun. 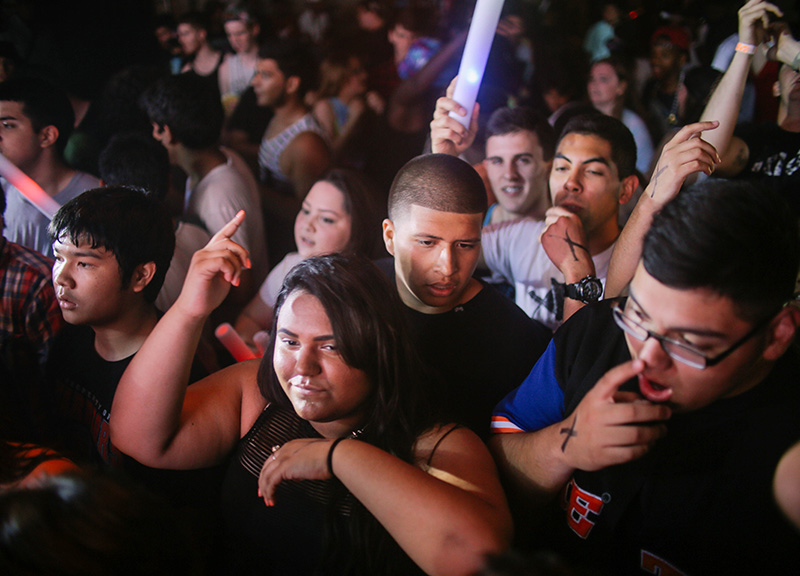 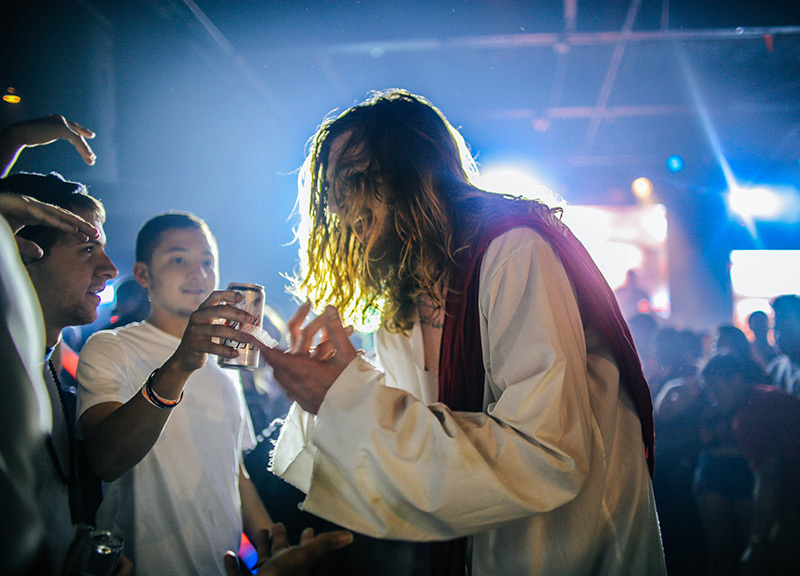 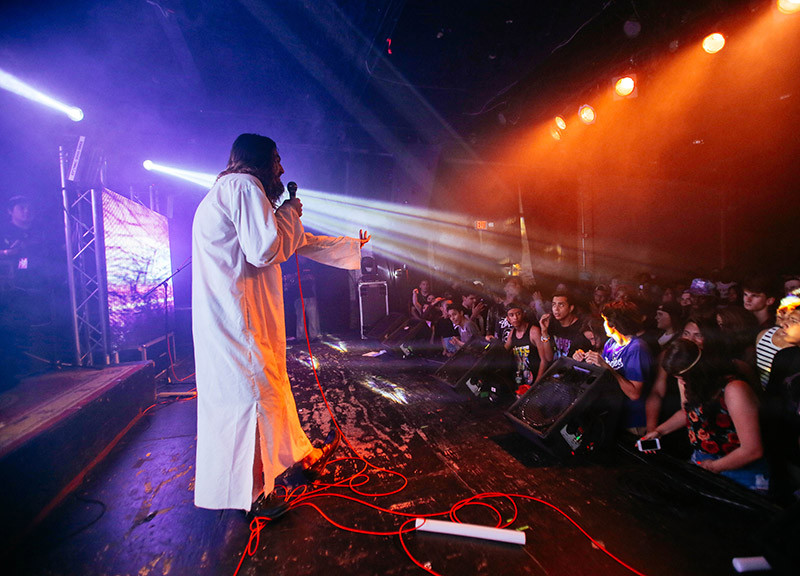 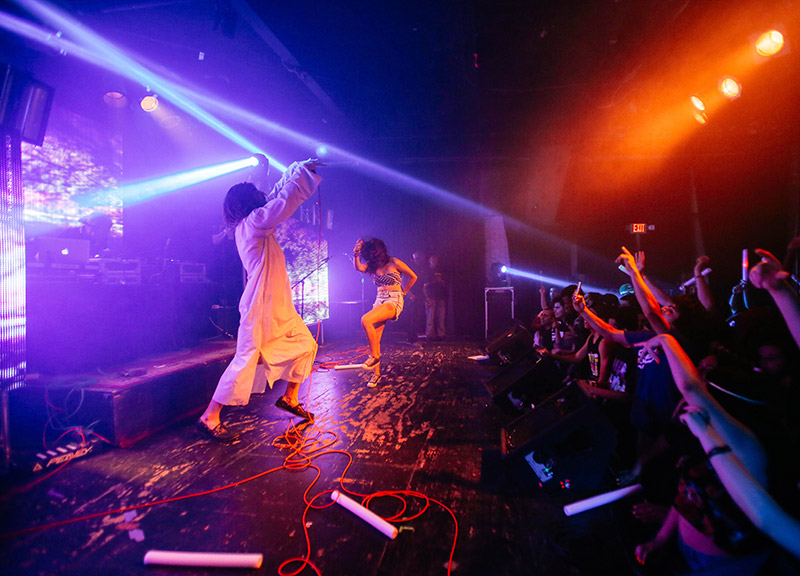 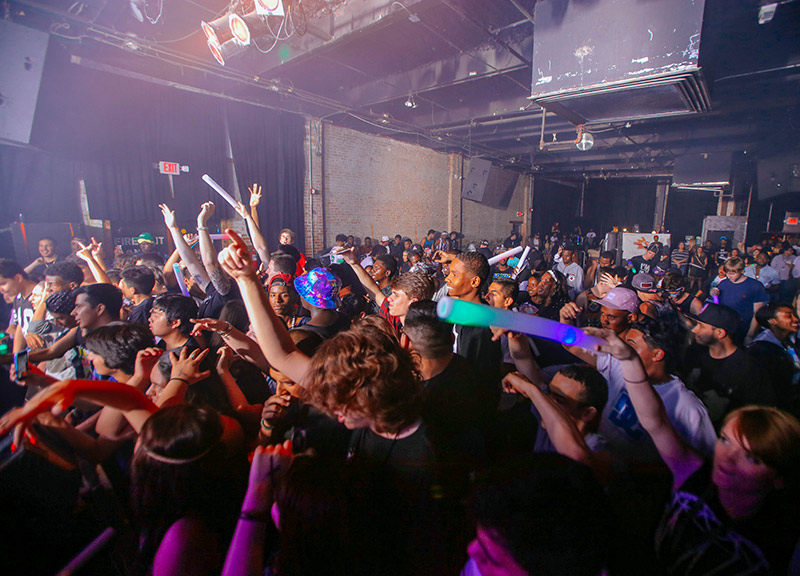 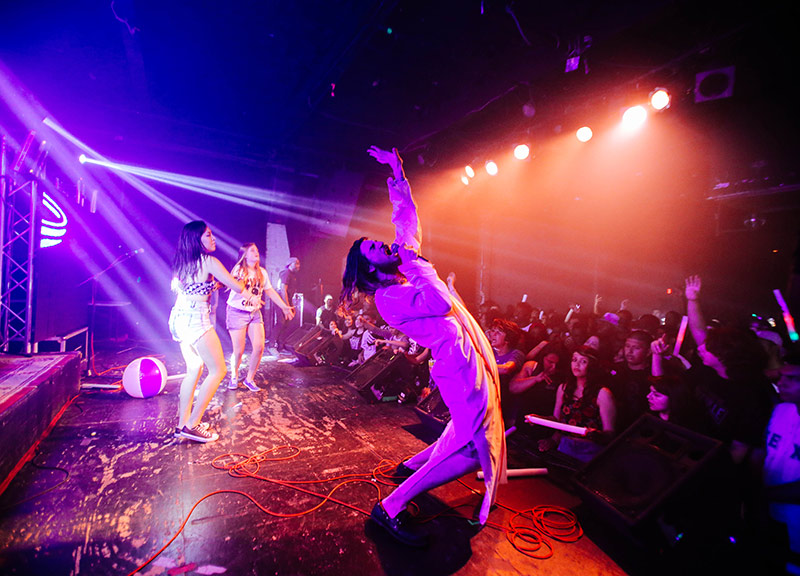 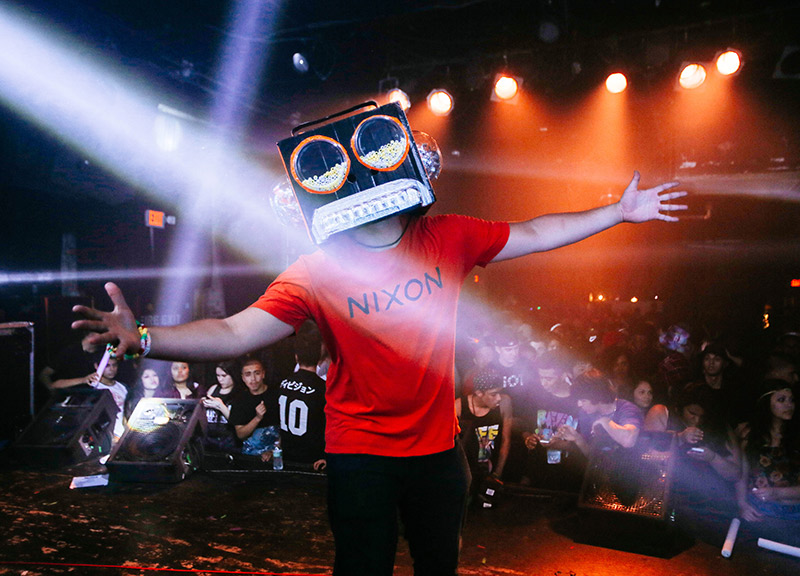 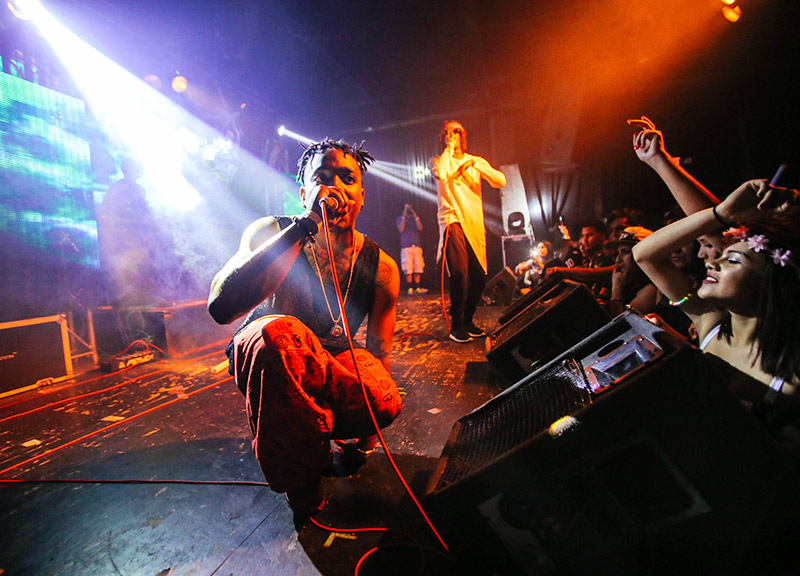 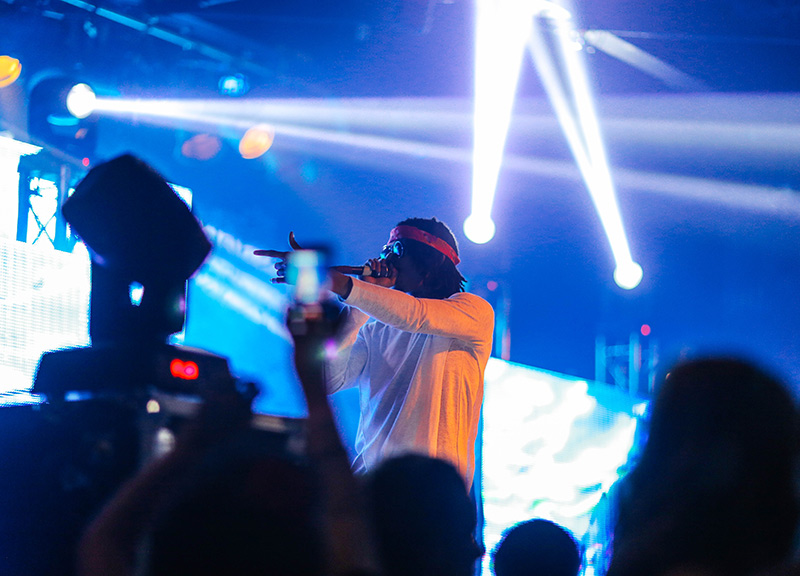 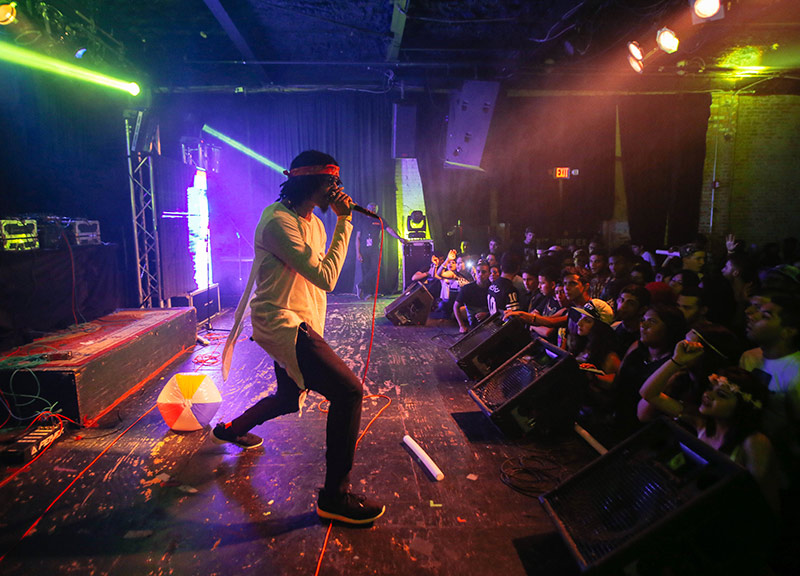 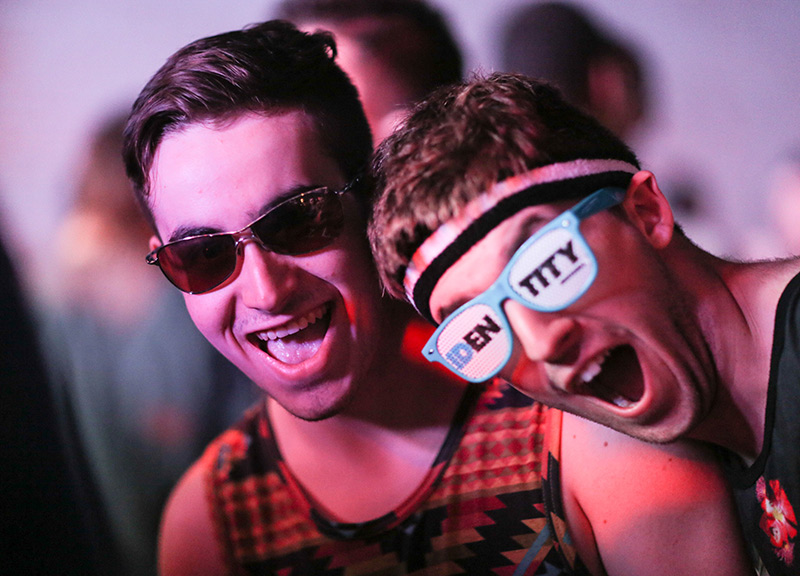 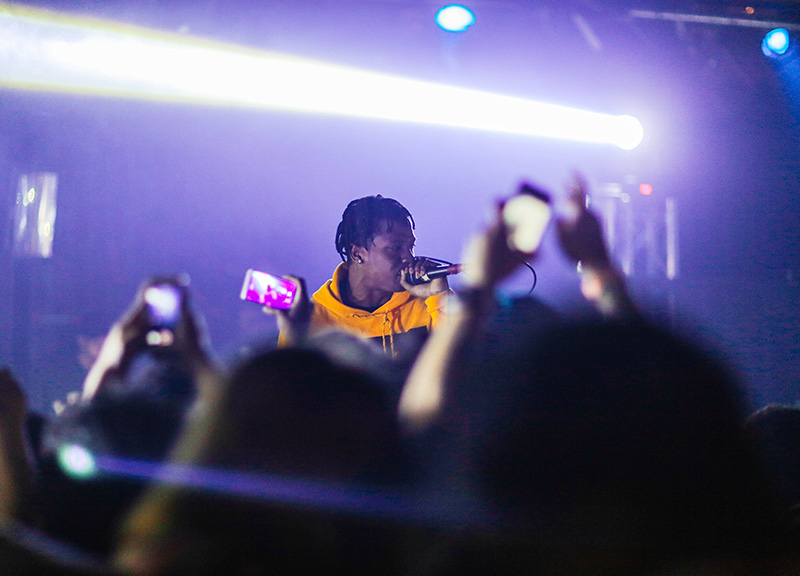 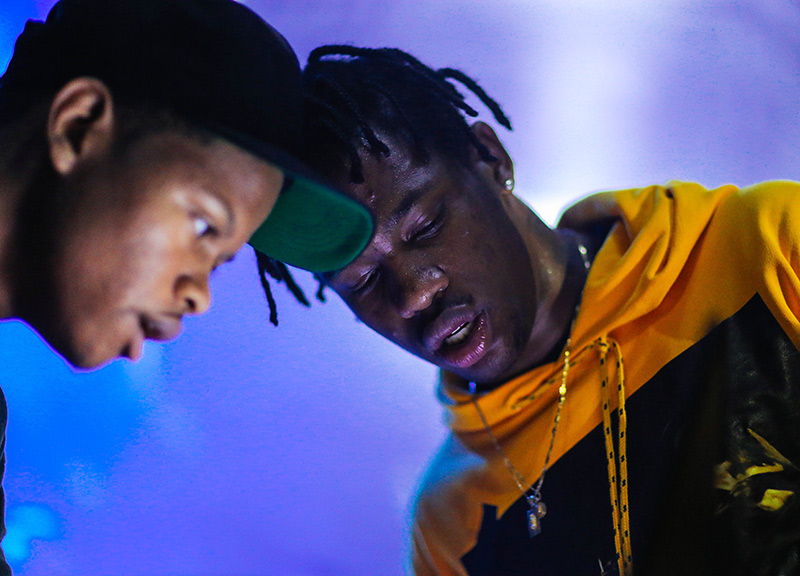 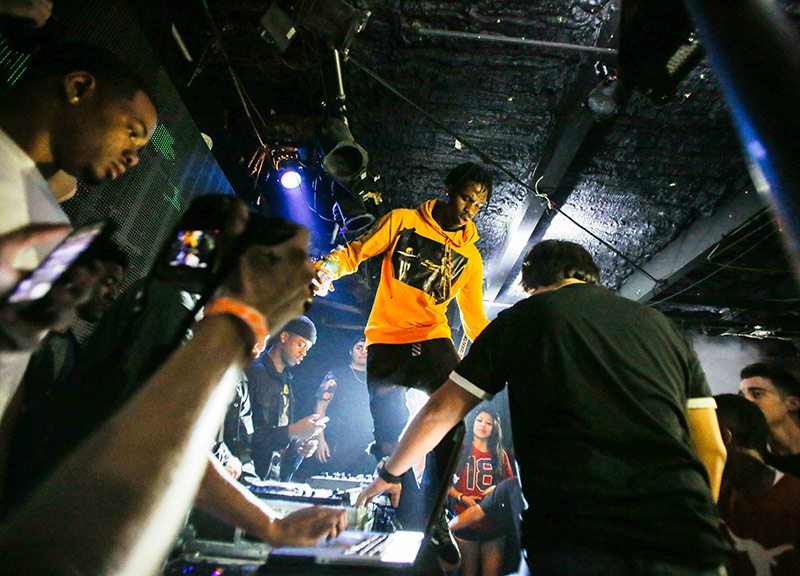 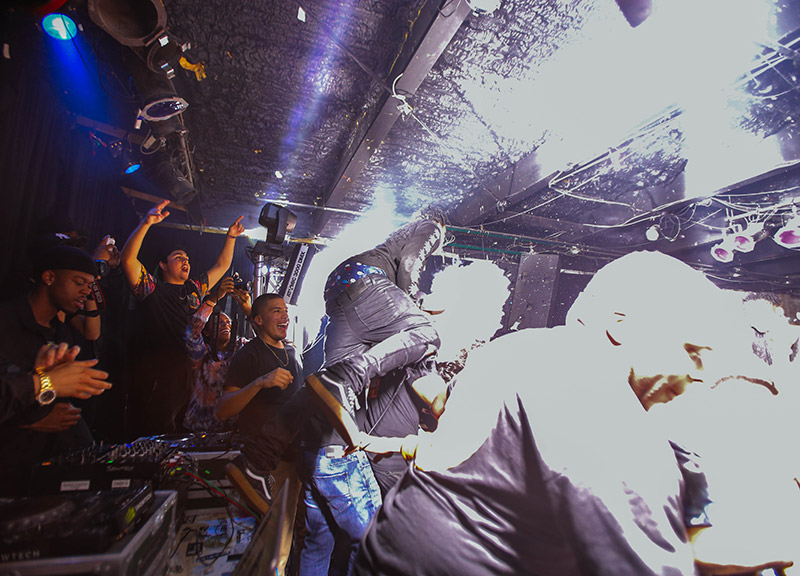 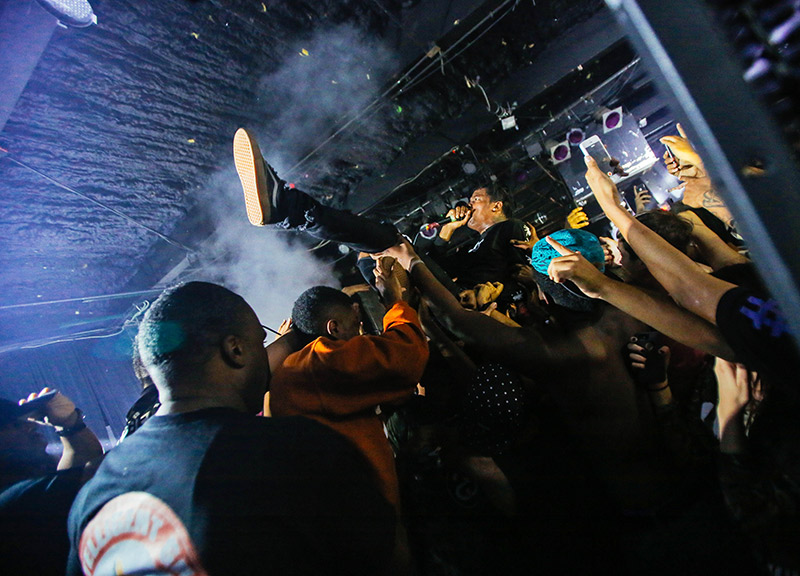 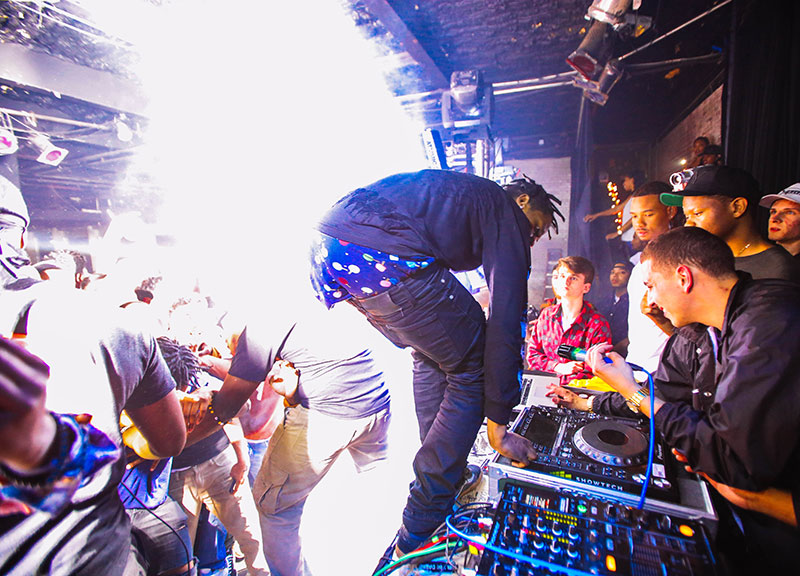 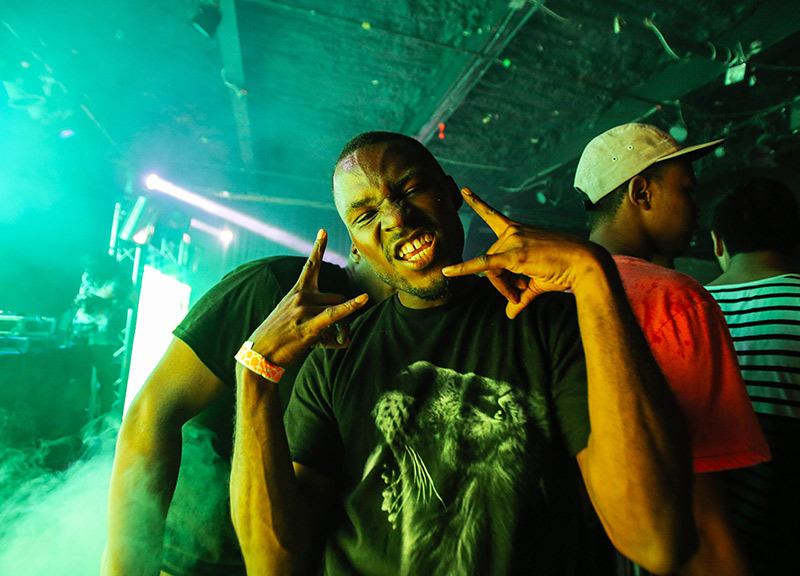