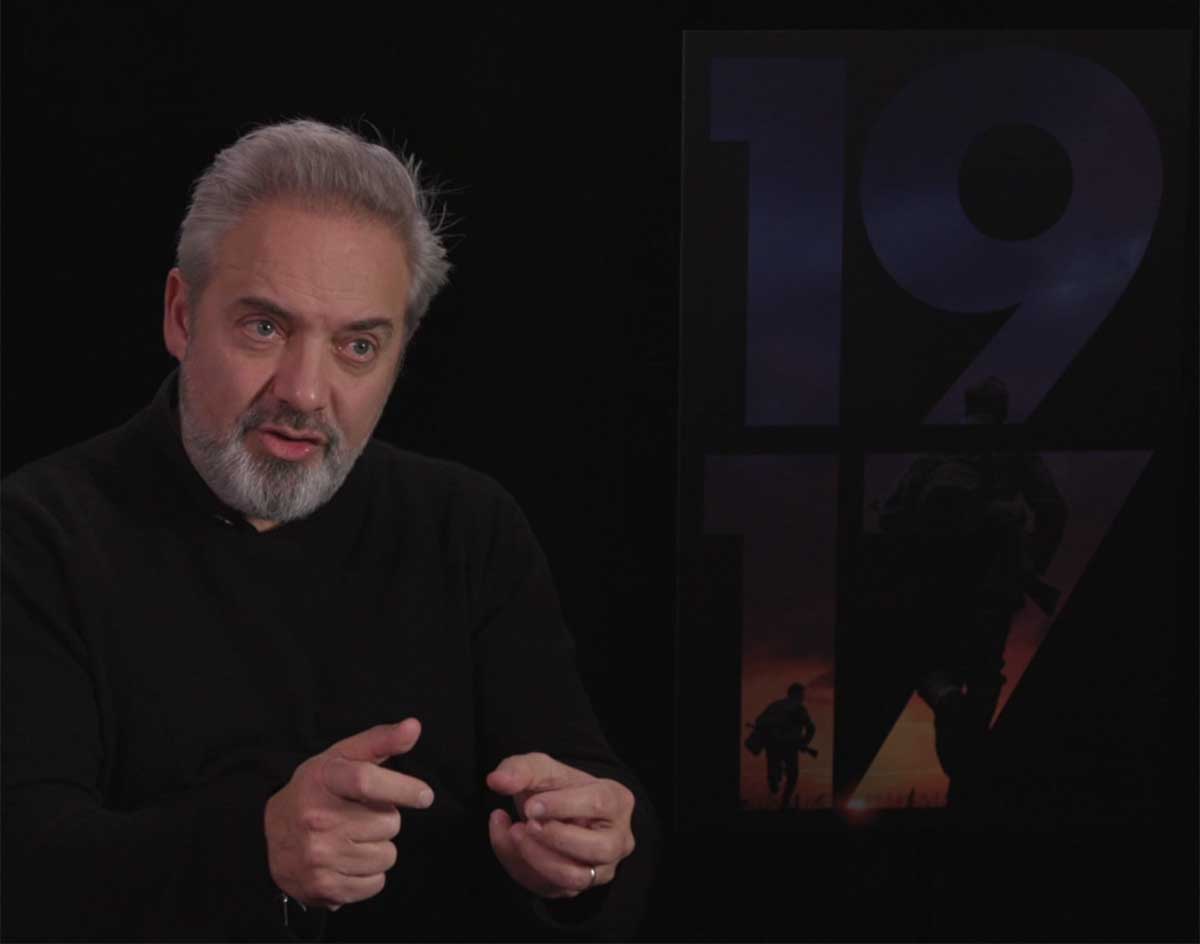 Fresh Off Cleaning Up At The Golden Globes, The Acclaimed Director Explains How Technology Shaped His ‘One-Shot’ War Epic.

Just prior to the wide release of his “one-shot” war epic, our James Wallace spoke with Sam Mendes about the triumphs surrounding the filming of 1917, which cleaned up at last weekend’s Golden Globes, where it took home the Best Film (Drama) award, earned Thomas Newman the Best Original Score nod and saw Mendes himself winning the Best Director trophy.

Focusing mostly on the technical achievements of the film, the discussion touches on (among other topics) Mendes’ theater background, his relationship with cinematographer Roger Deakins and his decision to buck the “MTV-style” fast-cut editing style favored by so many Hollywood types.

Hit play on the below embed to give it a watch. — Pete Freedman