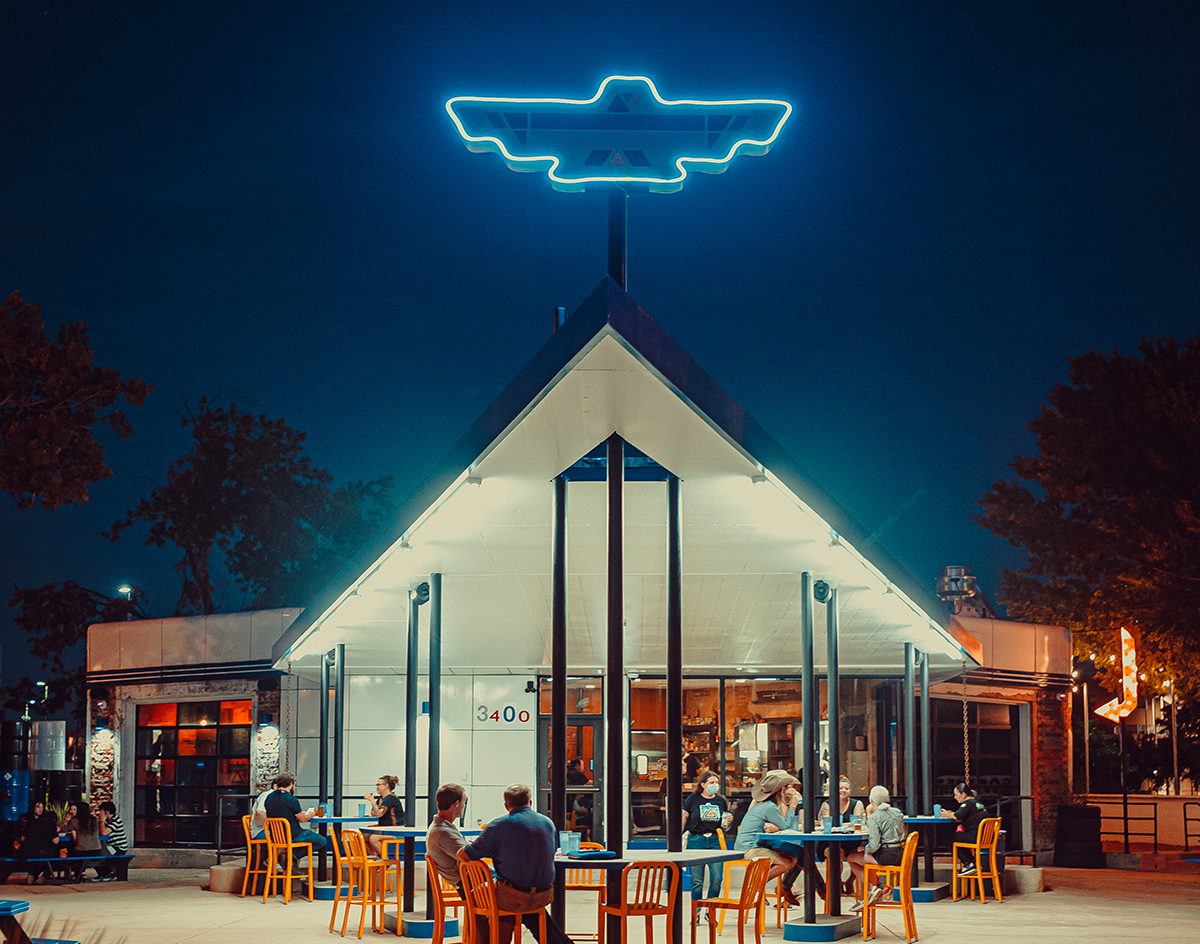 Guess who’s back? Us again with another weekly Spread. But we’re not the only ones who are back.

The iconic Italian restaurant Sfuzzi will make a comeback in early 2022. Originally opened in 1987, Sfuzzi was once a “buzzy destination,” according to CultureMap. The restaurant, which originally opened in Uptown, was a favorite among the likes of Derek Jeter, Courtney Kerr and Jessica Simpson and offered pizzas, pastas and craft cocktails. They filed for bankruptcy in the ‘90s and was later resurrected in 2009 before closing in 2013. They reopened again temporarily in 2015, but closed six months later, according to Dallas Morning News. The new era of Sfuzzi will open in Knox-Henderson in the space previously occupied by Capitol Pub, with Brandon Hays and Philip Schaunbaum overseeing the resurrection. The menu will feature old favorites and new additions. Fourth time’s a charm, we hope! Nothing is impossible.

Except for a new ghost kitchen in Dallas, in which everything is impossible. The Impossible Shop offers a selection of plant-based items made with Impossible Foods plant-based meat, according to CultureMap. Some of the menu items, developed by chef J. Michael Melton, include the Shop burger—an Impossible Burger patty with shredded lettuce, tomato, dill pickle chips, and the kitchen’s signature Shop sauce—the Impossible Pat-B Melt, and Sticky Sesame Impossible Nuggets + Fries—Impossible Chicken Nuggets with sesame sauce over fries. Welp. So much for saving money this holiday season. At least it’s plant-based, so we can feel better about ourselves, right?

Over in Deep Ellum, a white Subaru crashed into Thunderbird Station. Fortunately, the hit-and-run crash only resulted in three flipped tables and slight damage to the exterior fencing, according to D Magazine. The community acted quick — owner Kim Finch posted a photo of the temporary fence that was welded by friends the very next day. Considering the restaurant is a transformed gas station, maybe the driver got confused?

Also damaged due to a reckless driver is Gigi’s Cupcakes. Unfortunately, Gigi’s suffered more extensive damages in the front of the shop and the kitchen, according to Dallas Morning News, and as a result, is temporarily closed, with no re-opening date announced yet. Seriously, Dallas drivers? Get your shit together.

Over in Fort Worth, Martin House Brewing Company is brewing up a special, Elf-inspired beer called the Cotton-Headed Ninny-Muggins. Sticking true to the holiday movie, it’s brewed with—maple syrup, lactose, chocolate, marshmallows, M&Ms and spaghetti. Doesn’t sound like a good enough reason for us to make the trek to Fort Worth, but according to Dallas Morning News, Martin House has nearly sold out of the beer since its launch last Friday.

While that specific brew may not make you feel the luck of the Irish, perhaps the West End’s new restaurant, Chet’s, will. Over in the Awalt building, the Irish restaurant is “a cozy space with chandeliers and a private library,” according to Dallas Morning News. Guests can enjoy 50 different whiskeys, as well as cheeseburgers, large pretzels and shepherd’s pie.

Speaking of pies, we’re wrapping up this week’s Spread the way we began—with more pizza news. Over in Oak Cliff, Neony Pizza Works is serving up slices every way you can imagine. According to Eater Dallas, Neony offers pies like “veggie, margherita, jalapeño pepperoni, and sausage and mushroom pies — as well as unique flavors like a pizza topped with a pesto cream base, sausage, spinach, zucchini, and mushroom.” But one of their most popular items is their bahn mi pizza, made with cilantro aioli, lemongrass sausage, sliced zucchini, pickled daikon carrot and fresh cilantro.